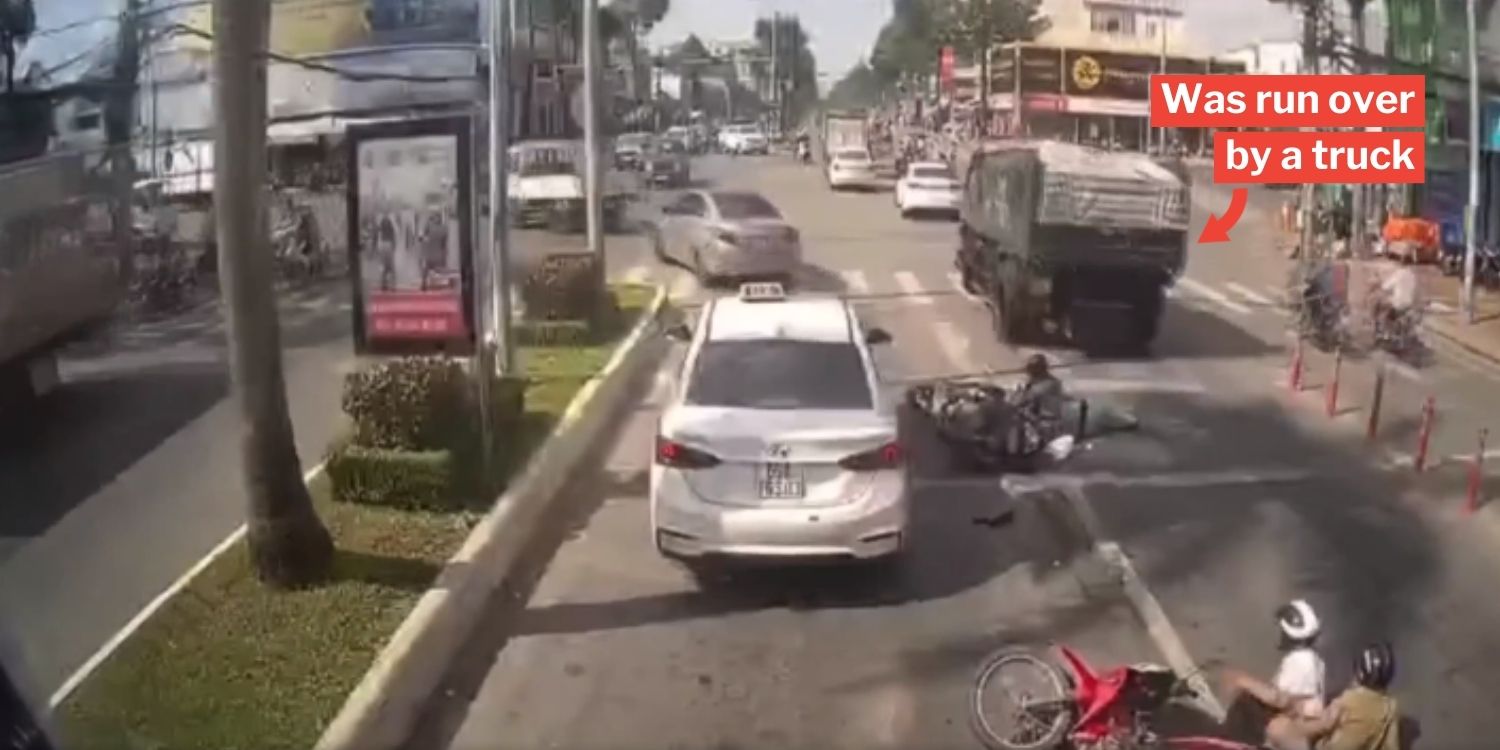 Being away from family is never easy.

We always dread the worst would happen at times when we are away from our loved ones.

For one Singaporean man, his nightmare came to be when his Vietnamese wife met with a serious traffic accident in Vietnam.

To make matters worse, the list of procedures involved in trying to travel during this Covid-19 pandemic meant that he was stuck in Singapore until he got approval.

He is turning to the public for funds to pull through this critical time for his family.

Wife has gone through 3 operations, more to come after accident

Singaporean Kelvin Quek told MS News that it all started last Thursday (23 Jul) evening when he received a call from his wife’s family.

His wife had met with a serious traffic accident in Vietnam, which involved 2 motorbikes and a truck.

She had been riding pillion on a motorbike when it collided with another motorbike that did not see it coming.

As a result, the bike was sandwiched between the truck on its right and the motorbike on its left. The motorbike and the 2 women fell to the ground, right as the truck was driving by, running Mr Quek’s wife over with its back wheels.

She was immediately sent to the hospital in critical condition.

According to Mr Quek, his wife has already been through 3 operations, 1 of them involving 15 doctors from 5 different departments.

She has more operations due soon. Full details on the accident can be found in the article here.

Waiting for approval to travel to Vietnam

Mr Quek said in a Facebook post that he is currently “desperately waiting” for clearance to travel back to Vietnam to be with his wife.

When speaking to MS News, he expressed his frustration in the red tape involved in seeking travel approval.

Mr Quek has been in contact with the Singapore embassy in Vietnam as well as the Ministry of Foreign Affairs (MFA), both of which have assisted him with his appeal.

He is currently waiting on clearance from Vietnam to enter the country. 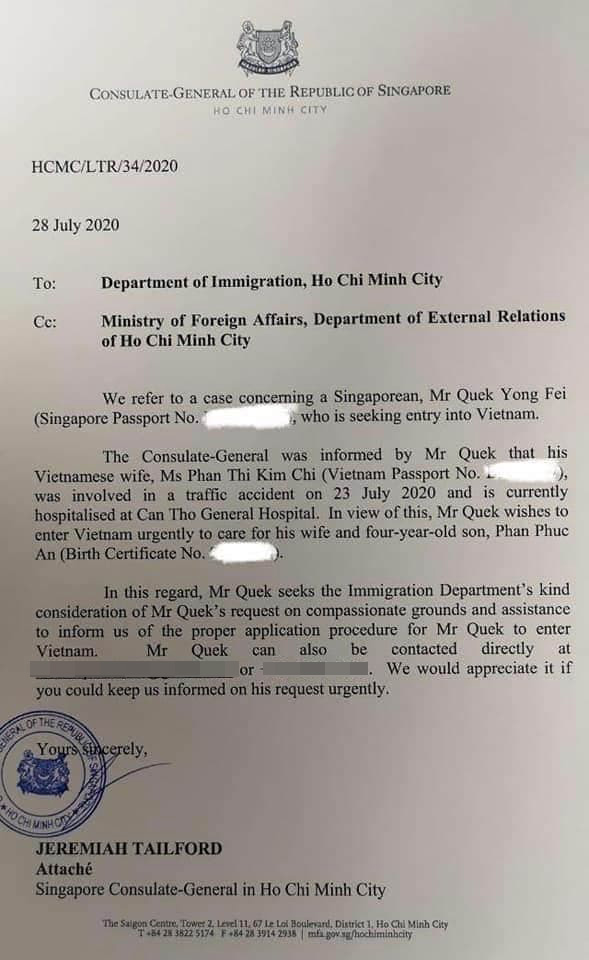 The wait has been agonising for him as he wants to be by his wife’s side supporting her at such a difficult time. His 4-year-old son is also in Vietnam.

Appeals to public for donations

In an emotional Facebook post, Mr Quek appealed to the public for financial help to tide through this trying time. 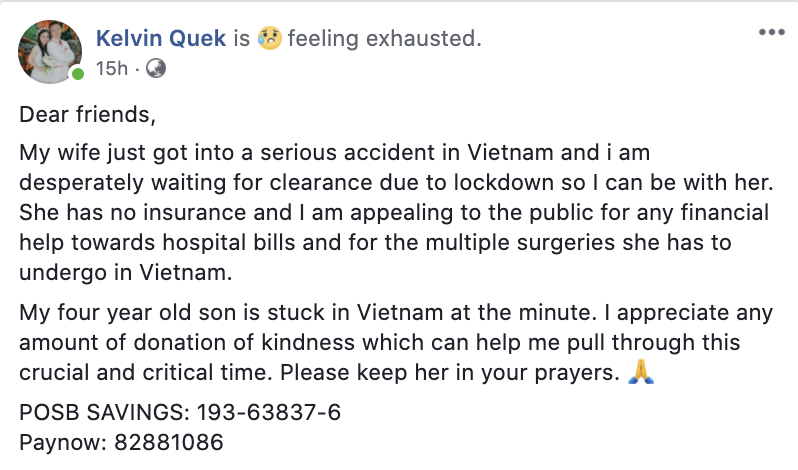 He is unsure of how much his wife’s medical bills will add up to as of now. She is still in the midst of recovery, with more operations to come.

With the pandemic hitting many hard financially, any donation out of kindness will help ease Mr Quek’s burden greatly.

Aware that there have been many cases of online donation scams, Mr Quek encourages anyone with doubts to contact him directly.

We certainly respect his transparency, and hope that kind folks out there will reach out and help a family in need.

Hope Mr Quek & his family pulls through this trying period

Many of us cannot begin to imagine the emotions running through Mr Quek right now.

While there’s not much we can do, simply donating or spreading awareness of his predicament will mean a lot.

We hope Mr Quek would stay strong during this period and wish his wife a speedy recovery.