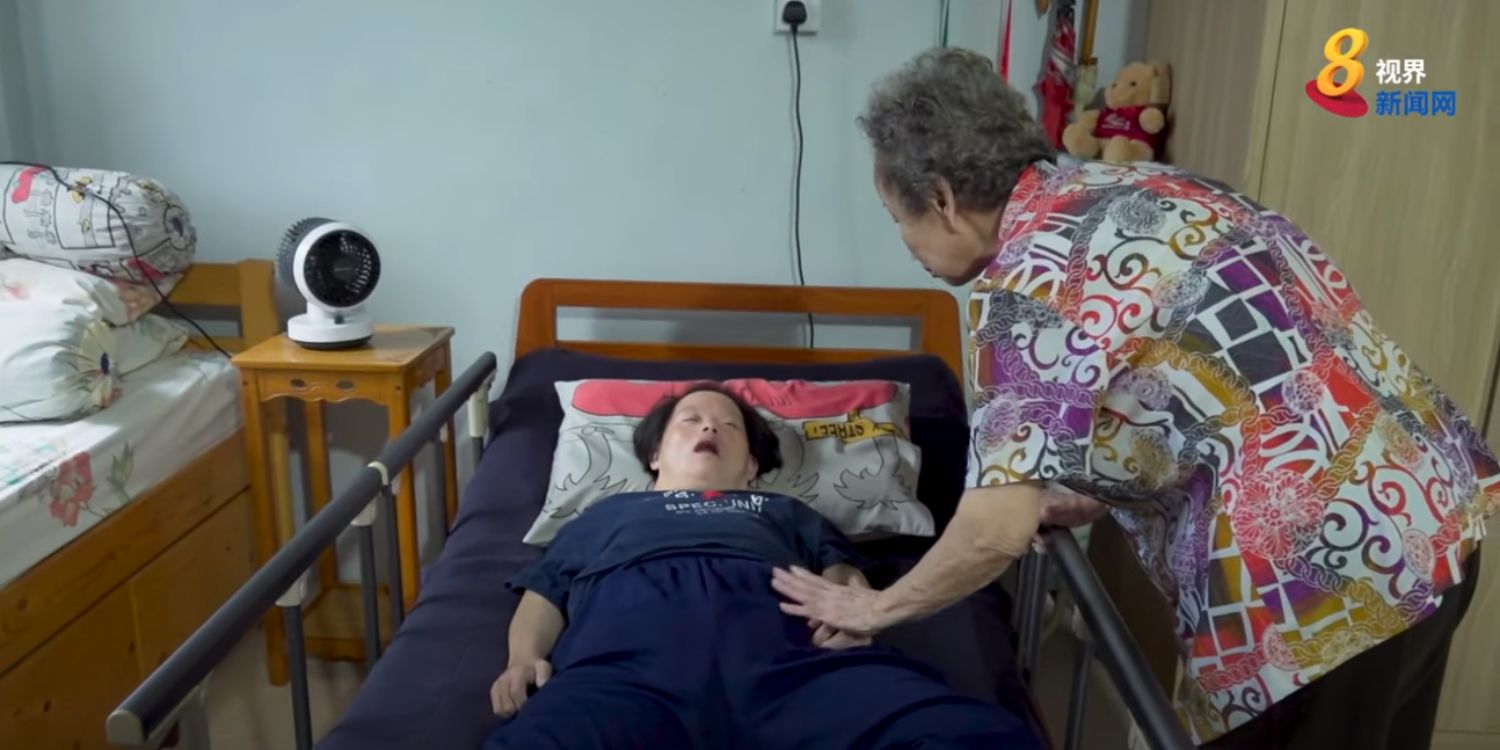 They receive assistance from social services.

Caring for a loved one with special needs isn’t easy, much less for someone dealing with another impairment.

But that’s the reality that 81-year-old Madam Bi Yuzhen is facing as the sole caregiver of her daughter who has Down’s Syndrome. 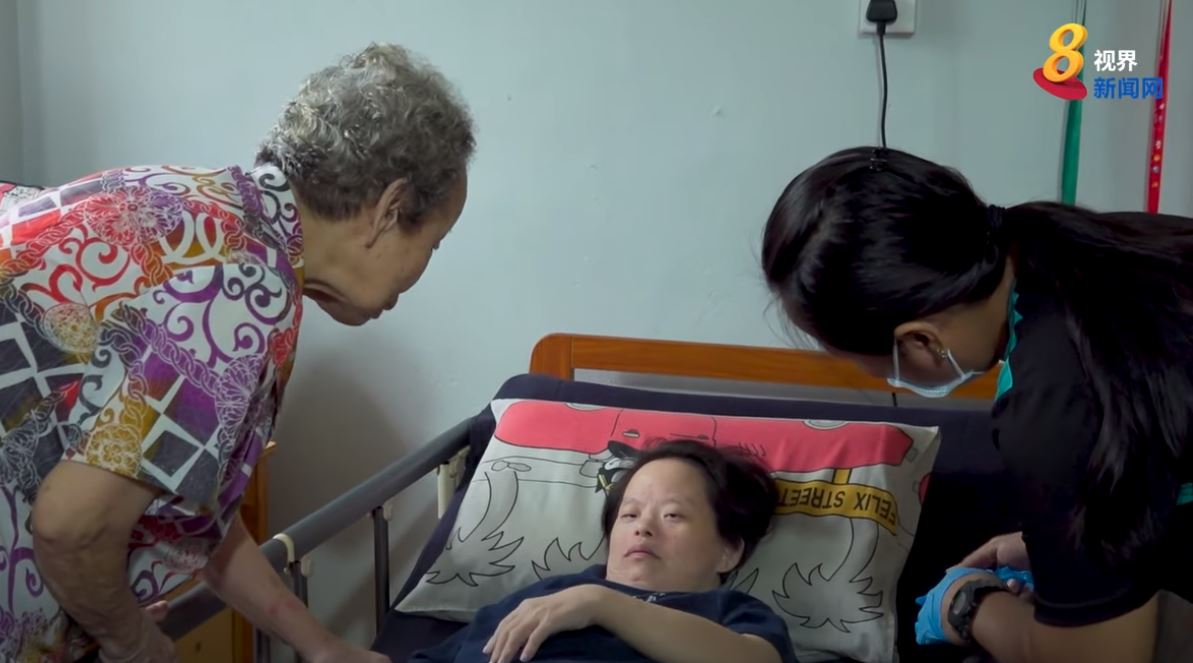 45-year-old Deng Wanjun was recently diagnosed with dementia, robbing her of the ability to work.

Before her diagnosis, Miss Deng was able to work, having found a job after graduating from a special education school.

She could commute to and from work independently until her condition suddenly deteriorated. 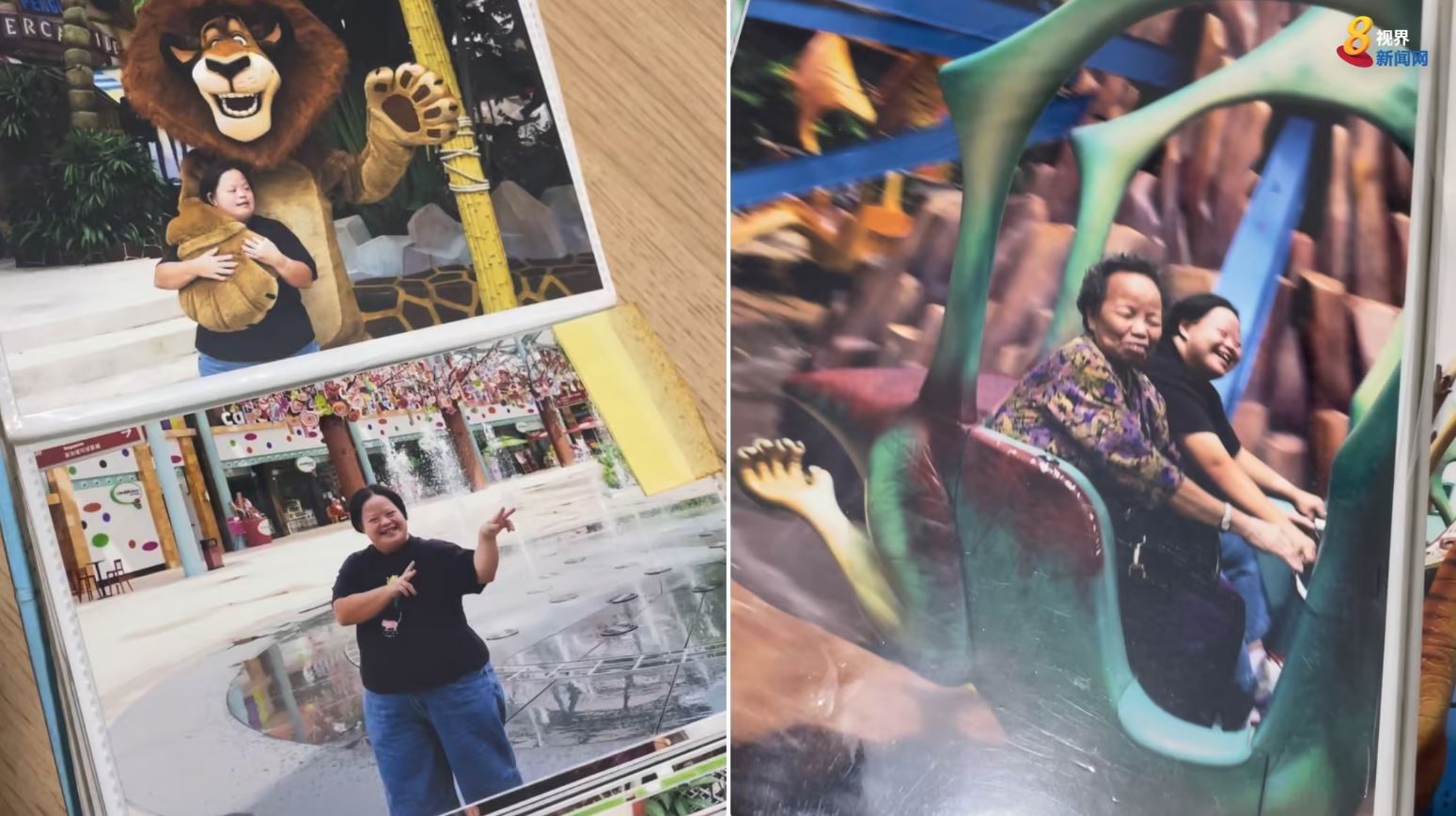 According to 8world News, Miss Deng’s condition worsened sometime in April or May 2021. She gradually started to forget her daily routine, up till September, when she was hospitalised for 2.5 months.

During her time there, doctors reportedly diagnosed her with early-stage dementia. Since she was forgetting everything, staff at Miss Deng’s workplace allegedly told Madam Bi that she could no longer work.

As Miss Deng began needing help to go to the toilet and even eat, her elderly mother took up the task of caring for her around the clock.

The pair moved into a one-room rental flat at Beach Road after staying temporarily with some relatives. Miss Deng’s father has passed away, while her elder brother and his wife allegedly ousted them from their home, wrote 8world News.

Being the sole caregiver hasn’t been easy for Mdm Bi, who has to execute tasks like transferring her daughter from her bed to a wheelchair and wheeling her to the toilet for a shower. 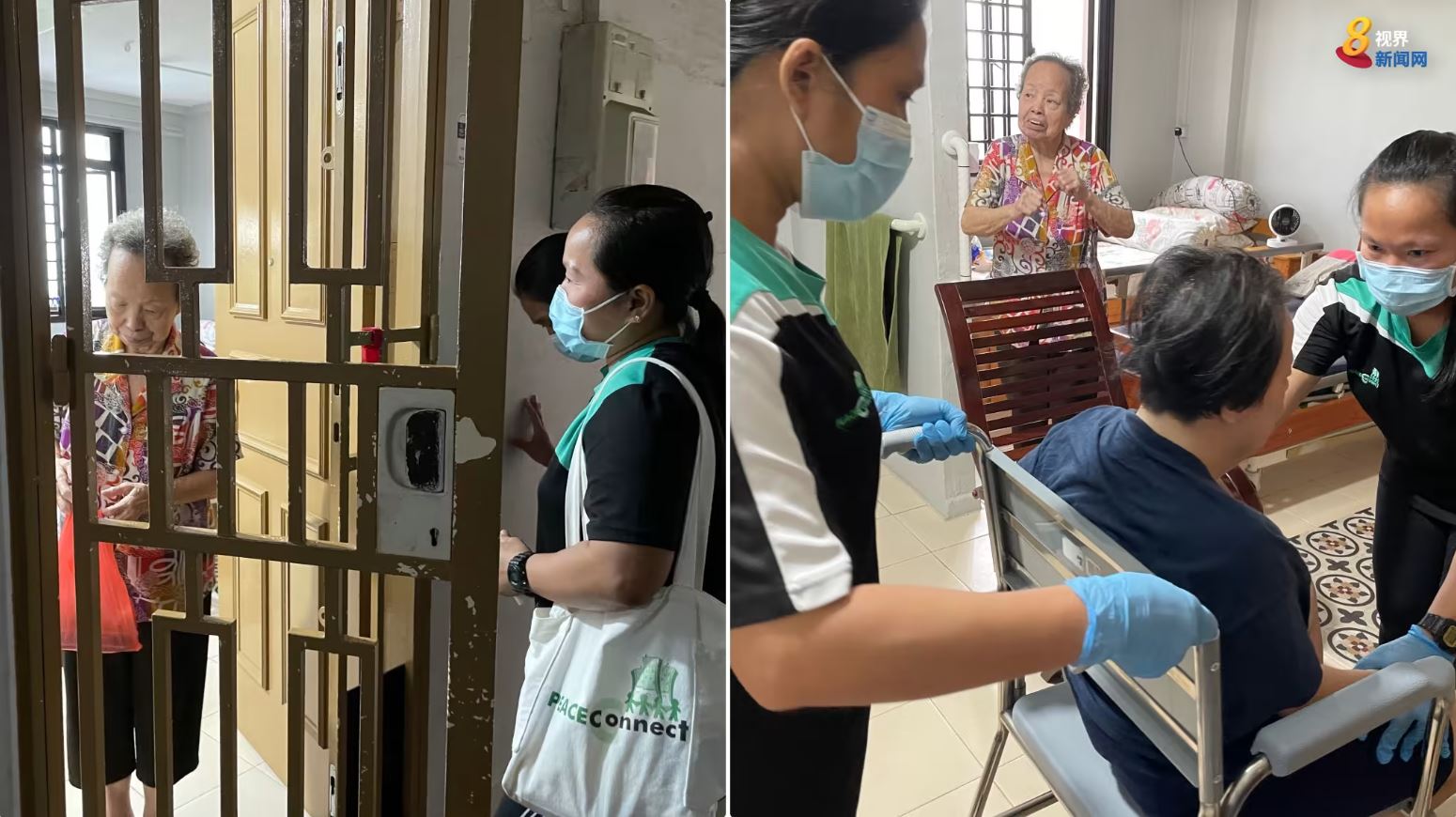 Fortunately, she receives help from kind neighbours and social workers who visit regularly and occasionally help with errands.

This has apparently been a big challenge to Madam Bi, as she has to turn her daughter’s body. Whenever the elderly woman does that, her daughter allegedly grabs the handlebars on her bed.

Ferrying Miss Deng to the bathroom also requires her to lift the wheelchair up a step and into the toilet.

Besides the regular visits, Madam Bi can call Peace Connect’s service centre at the void deck of their block in times of emergency.

May have to place daughter in a nursing home

Though Madam Bi is presently able to cope with some assistance, she worries about her daughter’s future.

Considering her advanced age, she is facing various illnesses herself and knows that she doesn’t have much time left. 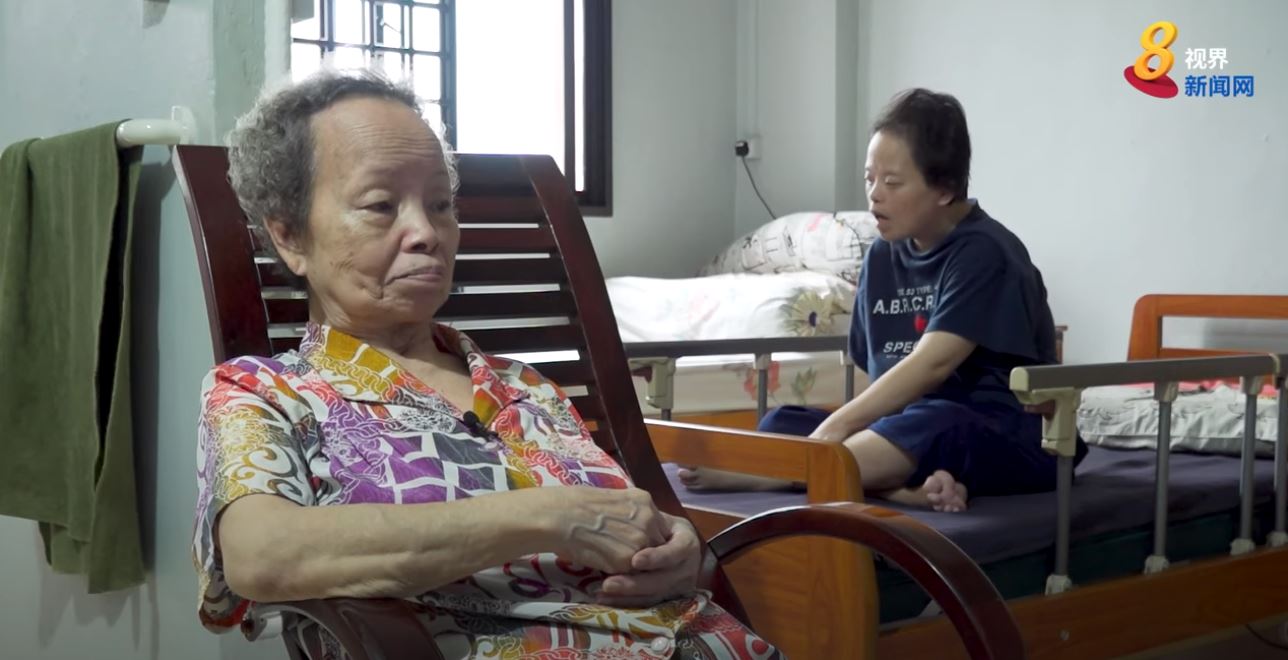 Therefore, she recently engaged a social worker’s help to arrange for her daughter to be admitted to a nursing home.

Despite wanting her daughter by her side always, Madam Bi is aware that she has to plan for the long term. This way, if she falls seriously ill or passes away, Miss Deng will have somewhere to go.

In anticipation of that prospect, Madam Bi has also placed a sign for free funeral services on her wall. When she indeed breathes her last one day, whoever comes by can hopefully attend to her funeral rites accordingly.

Sole caregivers need assistance to look after loved ones

A Peace Centre social worker told 8world News that the biggest challenge sole caregivers face is the inability to leave the people they care for.

In Madam Bi’s case, she often struggles to go out to see a doctor or even get some air as she can’t find someone to take care of her daughter.

Having the centre within reach has thus helped a lot, including providing Madam Bi with a listening ear in the form of people who understand her situation.