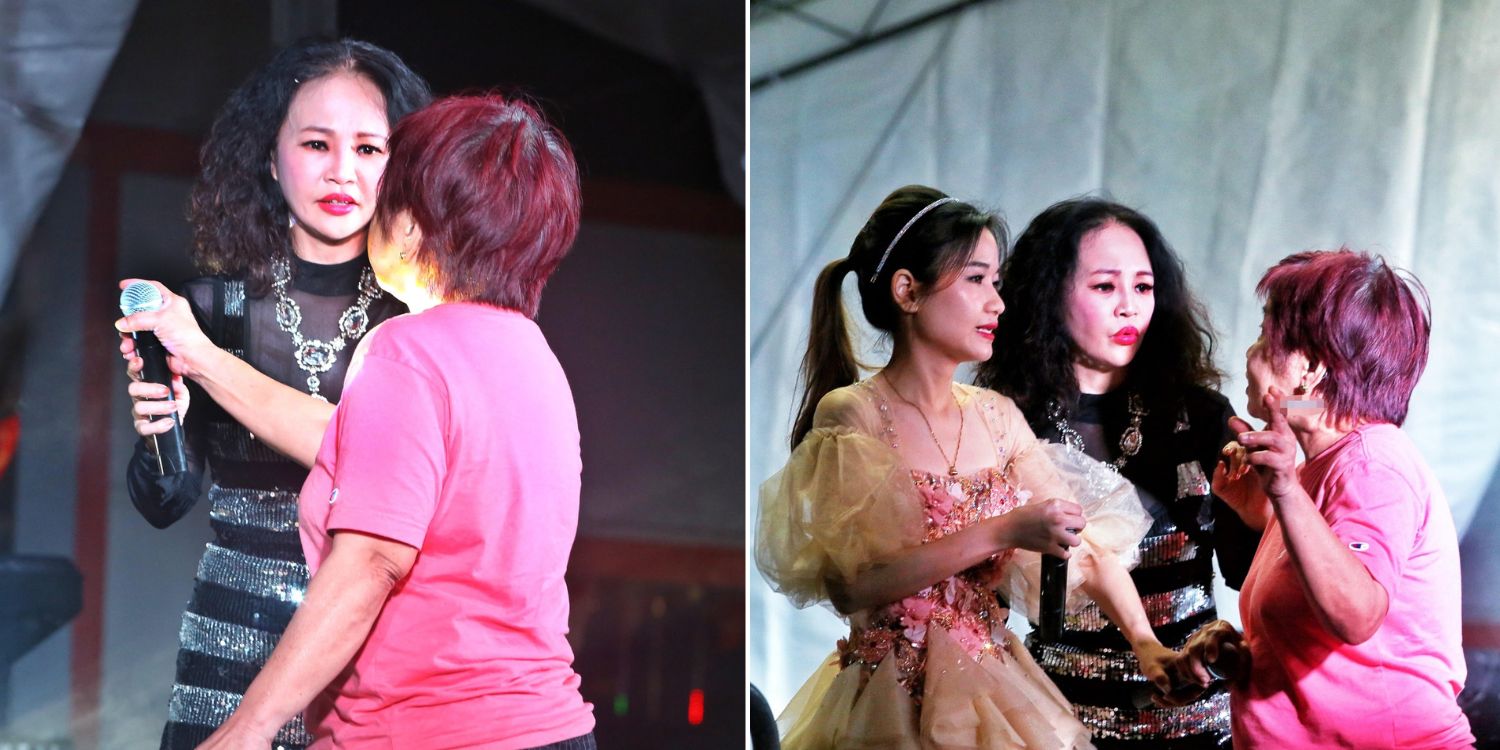 An unexpected intrusion of the human kind.

Getai has made a welcome return to Singapore this Hungry Ghost Festival after two years of suspension due to pandemic restrictions.

Traditionally, the shows are expected to be attended by supernatural visitors.

However, one getai in Bedok was subjected to an intrusion of the human kind when a woman rushed the stage and grabbed the microphone. Later, she apologised for her actions.

Incident took place in front of 300

A three-hour show was being held that night, with some 300 people in the audience enjoying the return of famous getai performers like Hao Hao.

Halfway through the show, a singer named “Xianhong” (or “Fresh Red”) from China’s Jiangxi province took the stage.

Xianhong was about to sing her second song when a middle-aged woman came up to the stage, yelling for her to stop.

She also attempted to seize the microphone from the unfortunate singer, at one point holding on to its head with her hand. 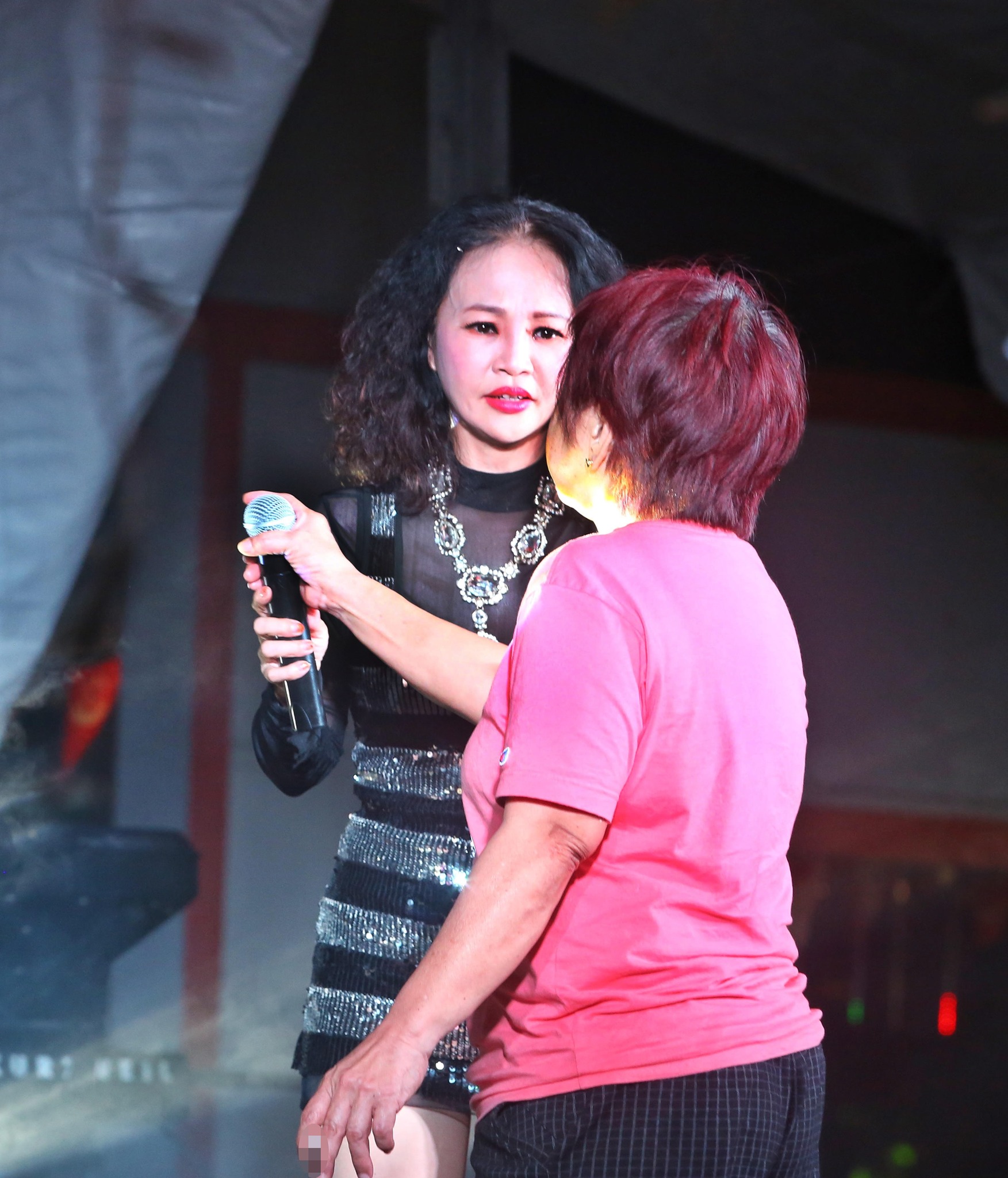 Talk about a bad audience reception.

Obviously, the show was stopped in its tracks, and host Li Peifen shouted for security.

Thankfully, both Li and Xianhong managed to persuade the woman to get off the stage.

To dispel the awkward atmosphere, Xianhong jokingly “blamed” Li for the fracas.

The duo then finished singing the next song together.

Later, Xianhong told the media that this was the first time she’d encountered such an incident after years of performing.

Though she professed not to know why the woman was so agitated, she said she smelt alcohol on her.

Woman had requested for Hokkien songs

The woman later explained to Shin Min why she’d rushed the stage.

Apparently, she didn’t understand a few of the songs that were sung in the show.

Thus, she approached the organiser to request for some Hokkien songs to be performed.

However, she was rejected.

Under the influence of drink, things probably came to a head when a Chinese performer came on.

She ostensibly couldn’t help but make her feelings known by leaping on stage.

The woman also admitted that her actions had been inappropriate and impulsive.

She then apologised to the organiser for making a scene.

The organiser, a man identified only as Mr Zhou, said that the woman had indeed been drinking.

He also confirmed that the matter had been resolved peacefully.

After being left in the cold for two years, the getai business was finally been able to resume in-person shows this year. However, the number of getai bookings received by artists has recovered to only 40% to 50% of pre-Covid levels, reported Shin Min Daily News.

Ms Xu Guiying, president of the Singapore-Malaysia Mid-Autumn Getai Performers’ Association, said before the pandemic popular performers could get four bookings a night. They would book 80 to 120 a month.

But this year, each performer would get 10 to 20 bookings a month.

Thus, many artists are becoming more economical by reusing their costumes. They’ve also tried to attract younger crowds with new songs and styles.

A segment of the audience, though — like the middle-aged woman who grabbed the mic — may prefer things to remain the same, including their favourite Hokkien ditties.

Outburst comes from a place of love

For Singaporeans, the joy of watching getai again may be tempered by the fact that some things are different.

That may prompt exuberant outbursts that basically stem from the love of the traditional form of entertainment.

Thankfully, the woman was able to calm down before things got too heated.

Hopefully, she’ll be able to listen to her favourite Hokkien songs in an upcoming show before the seventh month is over.