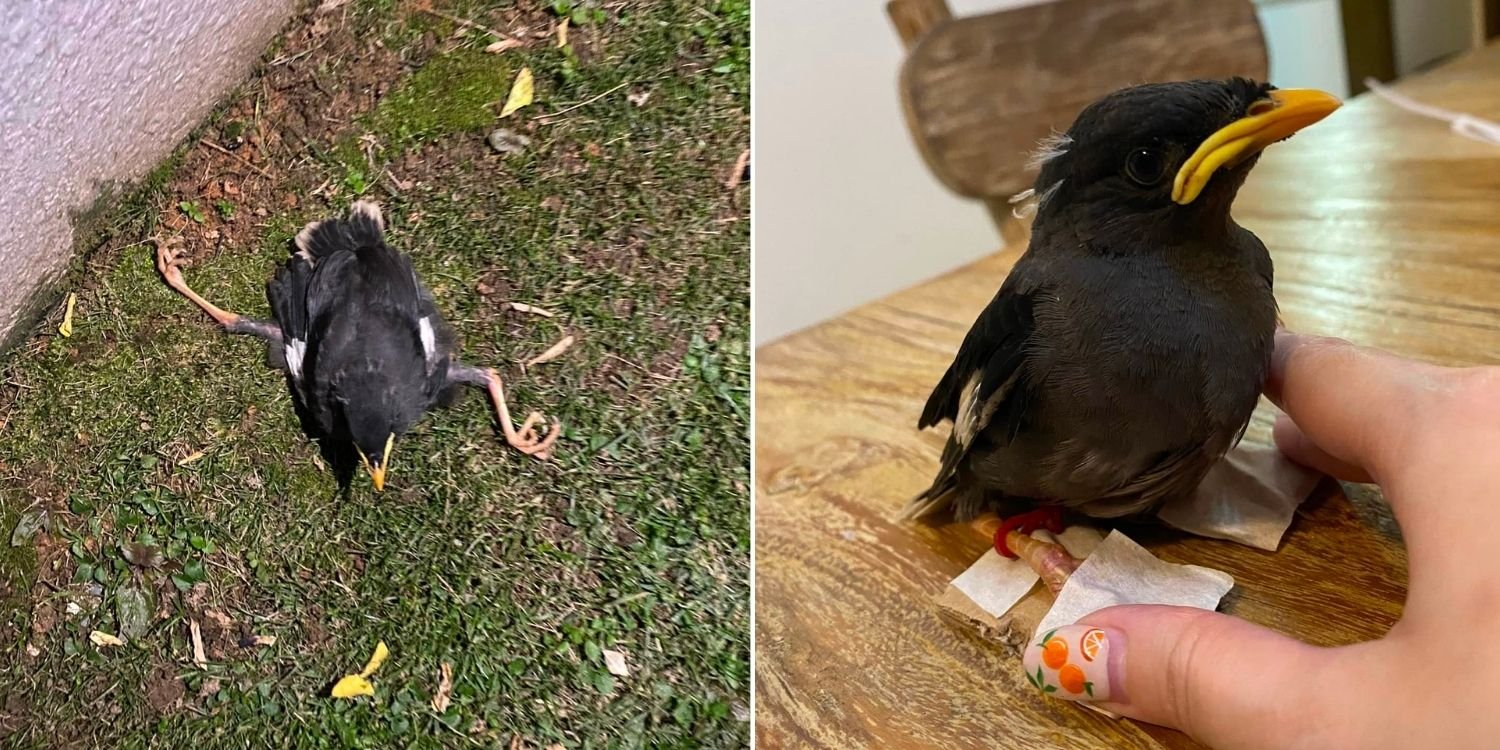 Others "chirp" in to offer advice and support.

While they are treated as pests sometimes, mynahs are a significant part of our wildlife here in Singapore.

So when a woman came across a mynah with splayed legs, she went the extra mile and brought him to the vet.

She shared the experience on Facebook, where she also sought help in footing the medical fees. 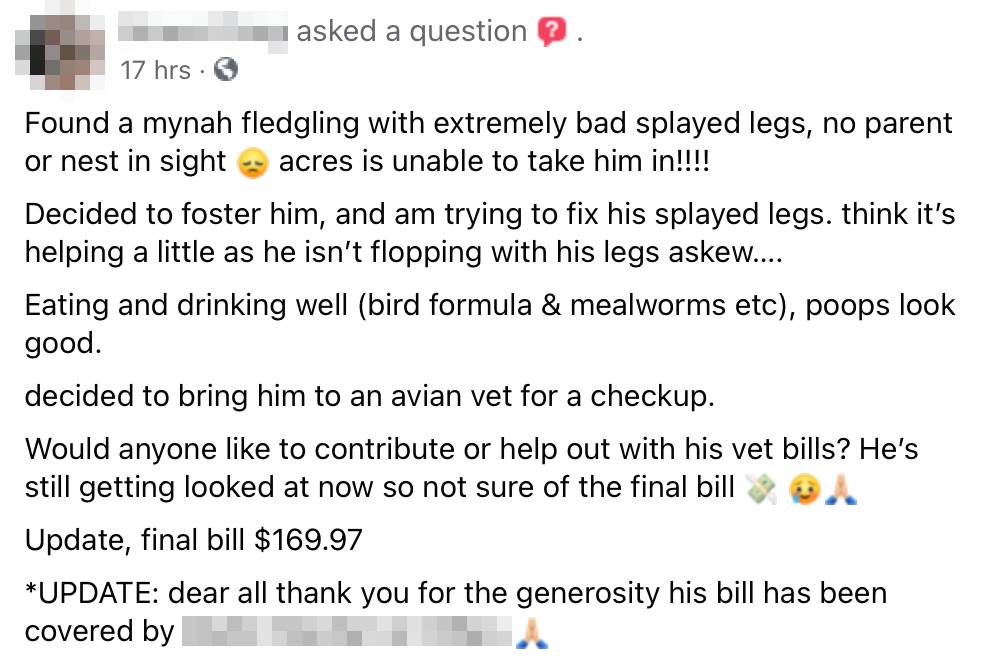 Thankfully, a stranger reached out and helped to cover the entire bill.

In her Facebook post, the woman said she found a young mynah with deformed legs. His parents and nest were nowhere to be found. 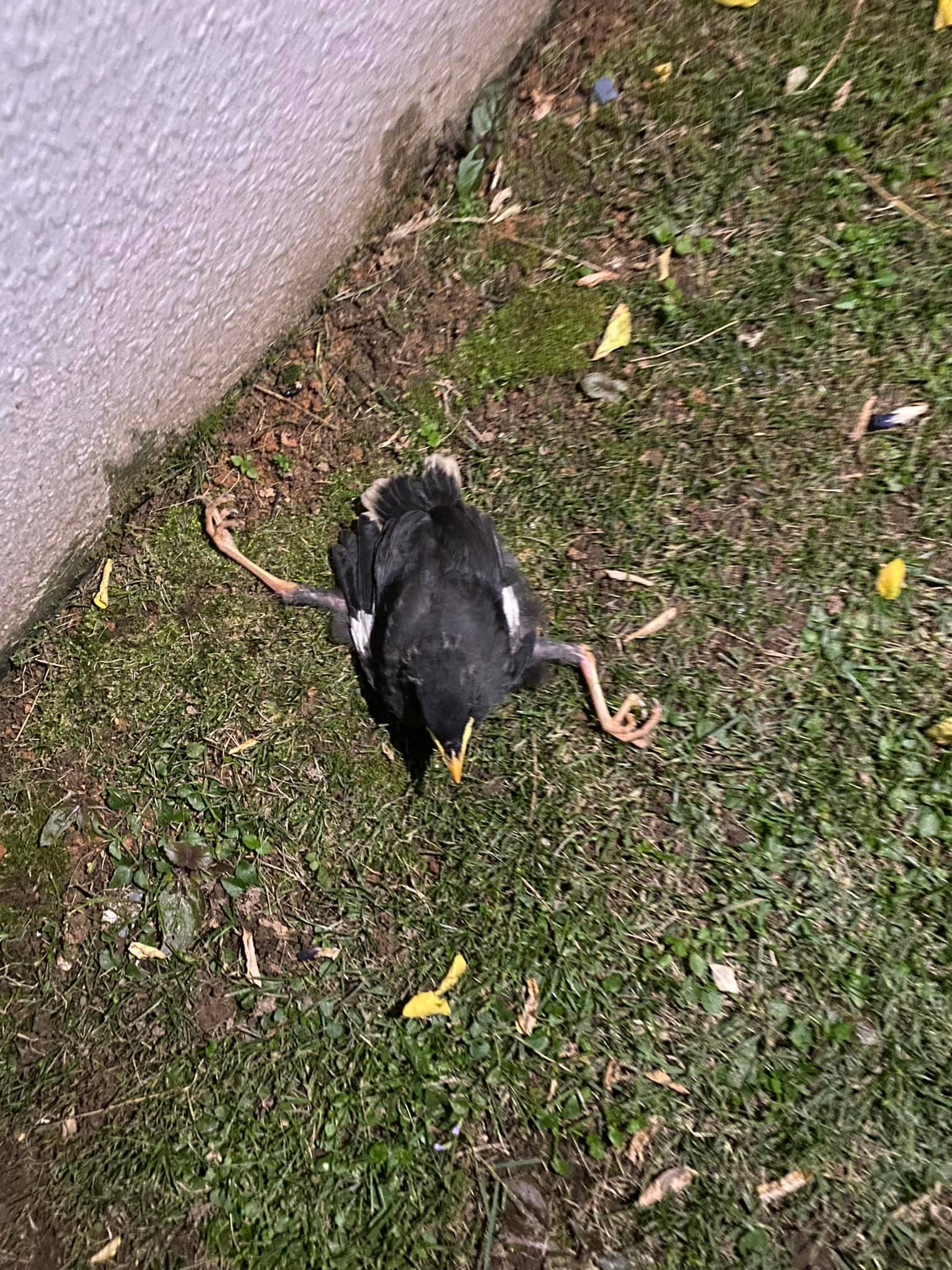 When Animal Concerns Research and Education Society (ACRES) could not take the little one in, she decided to foster him herself. 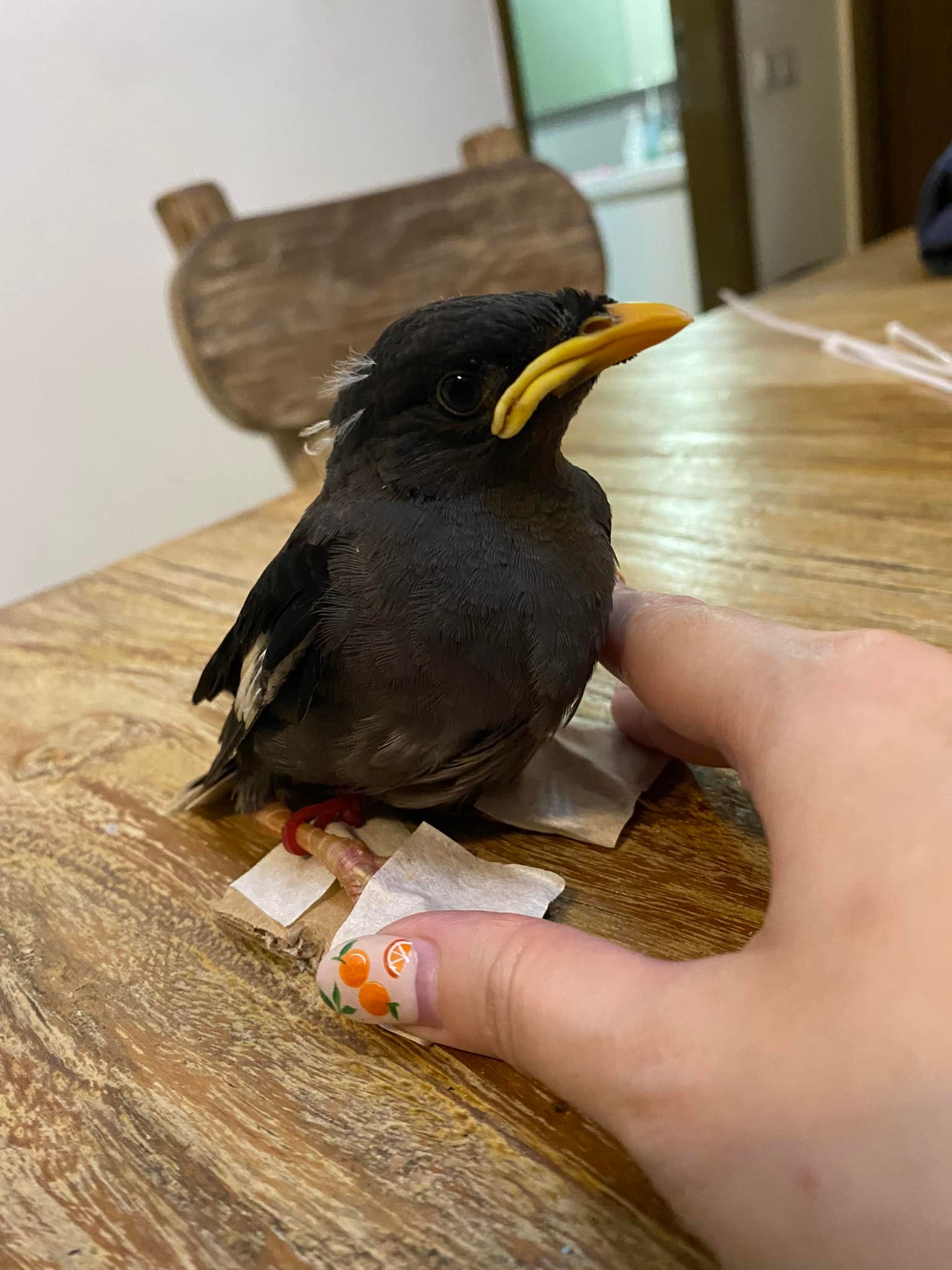 She then brought the fledgling to an avian vet for a checkup.

The woman later updated that the mynah is now eating and drinking properly.

She uses a syringe to give him bird formula and a tweezer to feed him solid mealworms.

A generous stranger later reached out to her and offered to pay the entire sum. 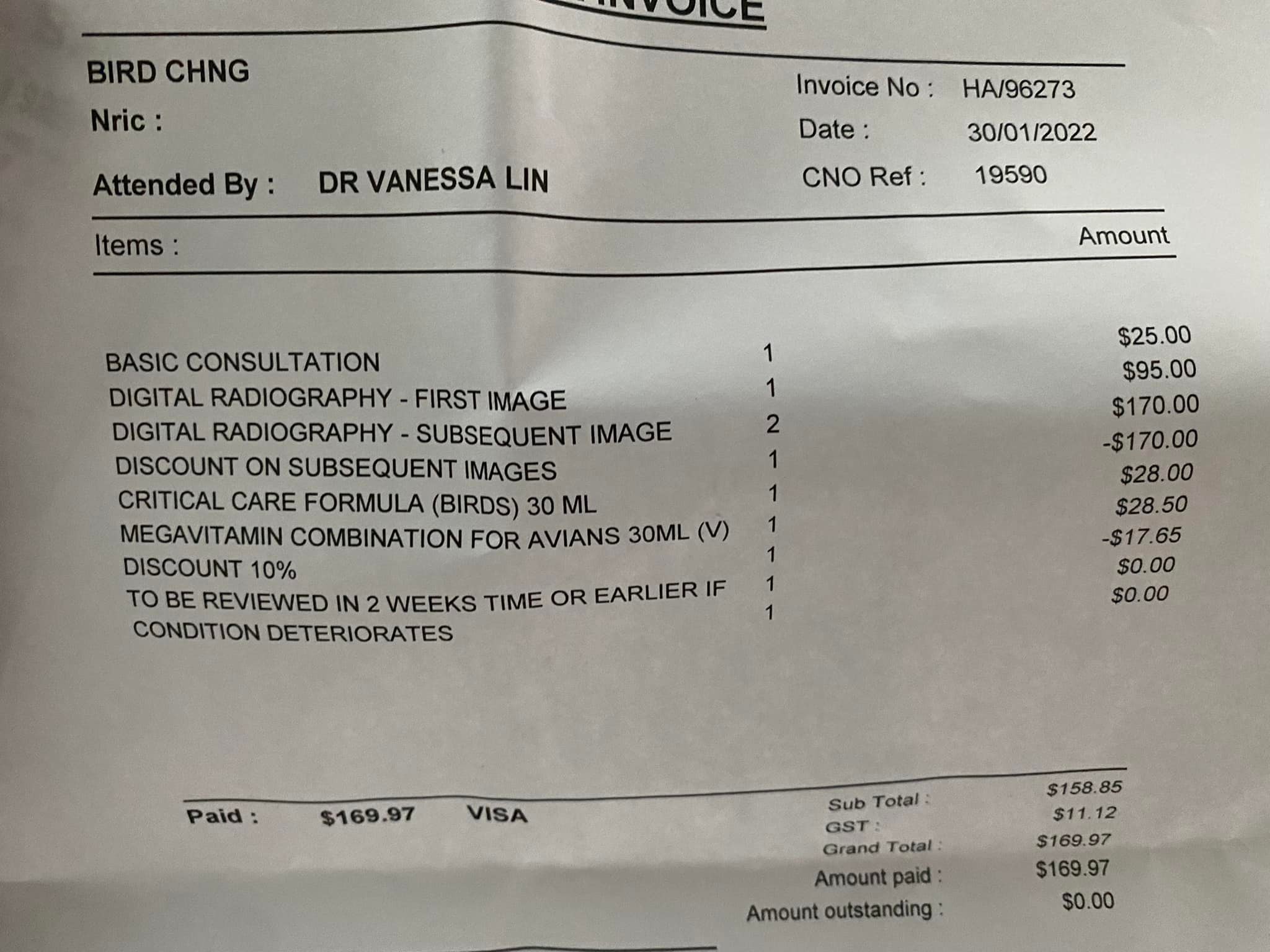 Responding to comments, she stated that the clinic gave her a 10% discount and did not charge her for an additional X-ray. This is reflected in the invoice.

In the comments section, netizens also offered her advice on caring for the mynah.

One netizen informed the woman to properly prepare bird formula to feed him. He even generously offered to give her a pack of the formula.

Another suggested that she should continue taking care of him as he may not be well enough to survive in the wild. She also volunteered to look after the young bird.

Netizens also shared their stories of taking care of injured birds. Some also offered comforting words that the mynah’s injury would not stop him from living a normal and happy life.

Mynahs may have a bad name for being pesky birds that often wake us up or hover around as we eat.

But this only makes it all the more heartwarming to see Singaporeans banding together to care for this little one.

It is a story that truly shows how we can coexist harmoniously with our wildlife by showing compassion.

Have news you must share? Get in touch with us via email at new@mustsharenews.com.