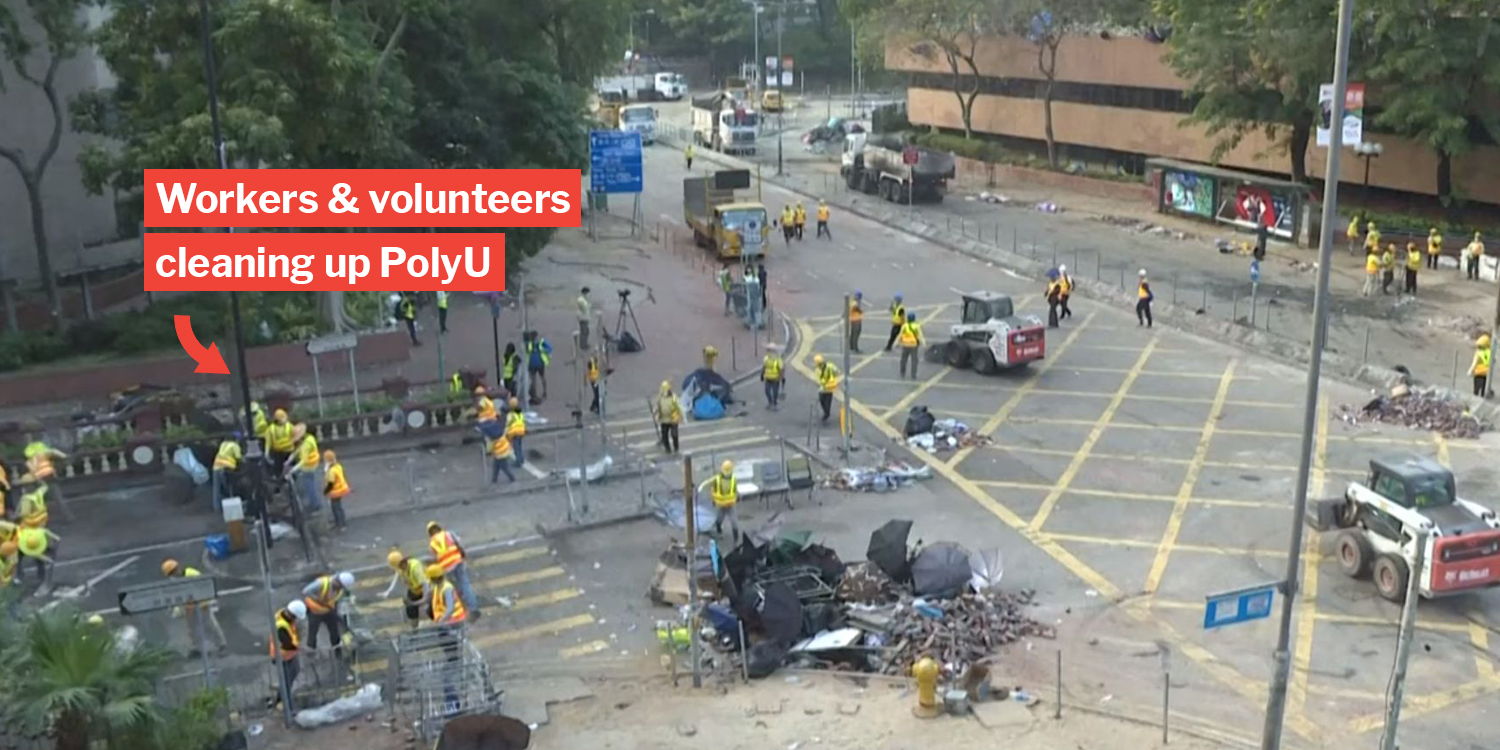 Hong Kong Polytechnic University (PolyU) has been the scene of a battlefield over the past week as protesters lock themselves in campus, armed with molotov cocktails, bricks and even a bow and arrow.

But with every mess comes an aftermath, and someone has to clean up the once-pristine university campus. 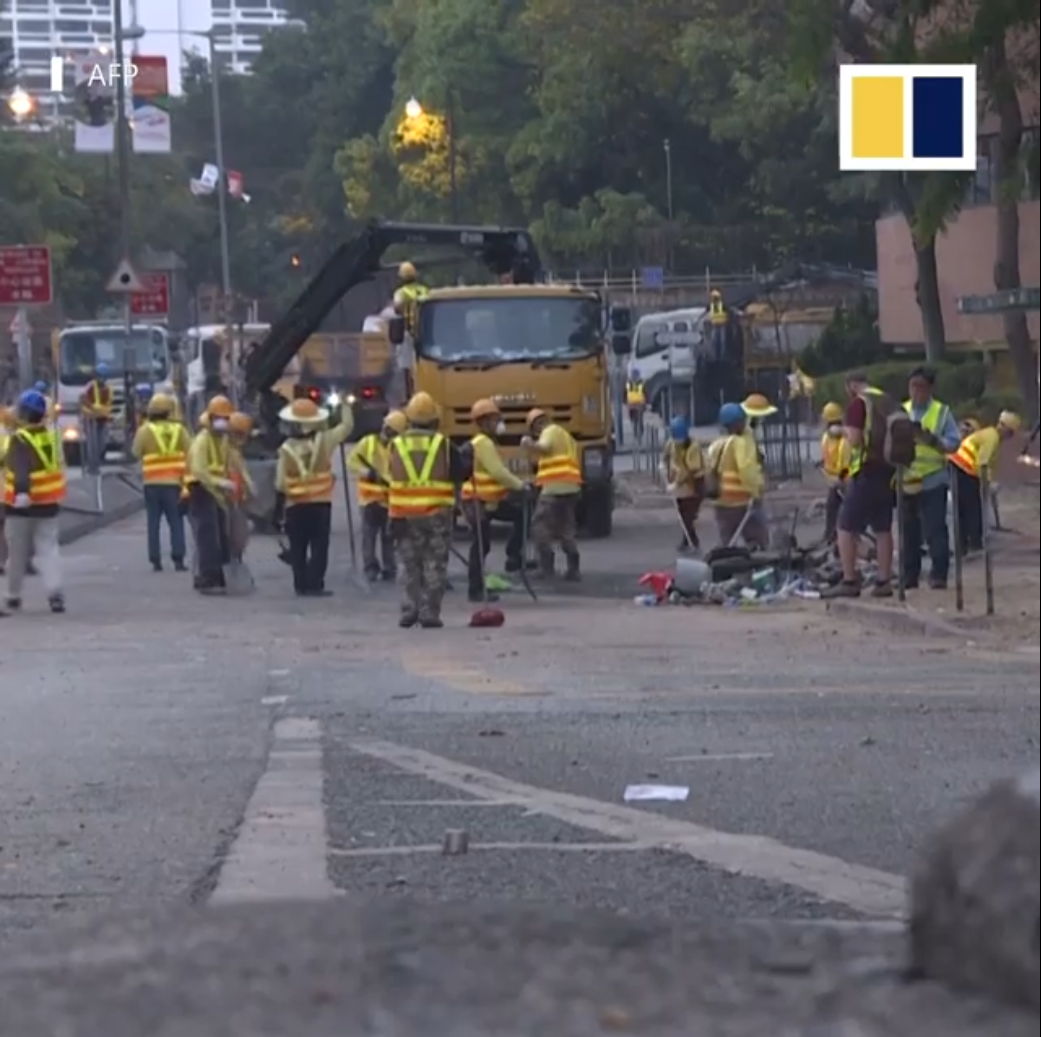 Workers are being mobilised with the task of cleaning up PolyU campus, littered with trash and debris after clashes between protesters and police, reports South China Morning Post (SCMP).

You can have a look at the video below.

Workers cleaning up bricks and debris at PolyU campus

Judging from pictures, the area does not look at all easy to clean up, with numerous bricks and debris littered around the junction.

One worker can be seen removing bricks 1 at a time.

Volunteers seen helping to clean up as well

In SCMP’s video coverage of the valiant efforts, there were also volunteers spotted assisting in the cleaning-up efforts around the area. 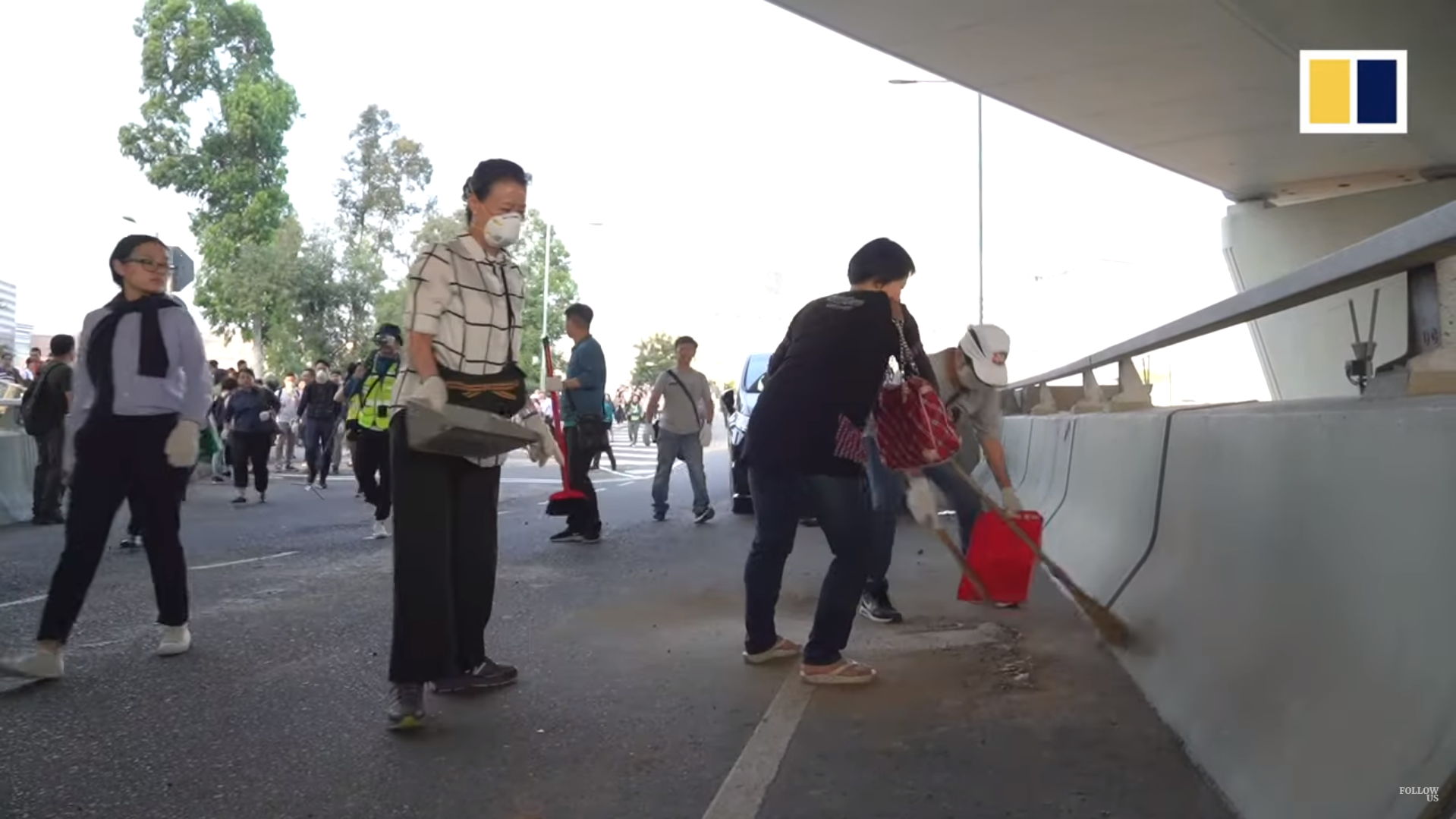 The volunteers appear to be concerned residents lamenting the state of the neighbourhood and campus.

One man interviewed could not hold back his tears as he worried about whether he’d even have a home to go back to with the ongoing protests. I’m so sad that our home has been messed up. We used to live here happily but now we can’t even go home.

Even as about 100 students remain barricaded within the PolyU campus, clean-up efforts have to go on to restore a degree of normalcy to the city.

This is a difficult job, as can be seen in the pictures, since so much destruction was wrought.

We hope that there aren’t any further mishaps and that whatever happens, the historic university building will not suffer from more damages.