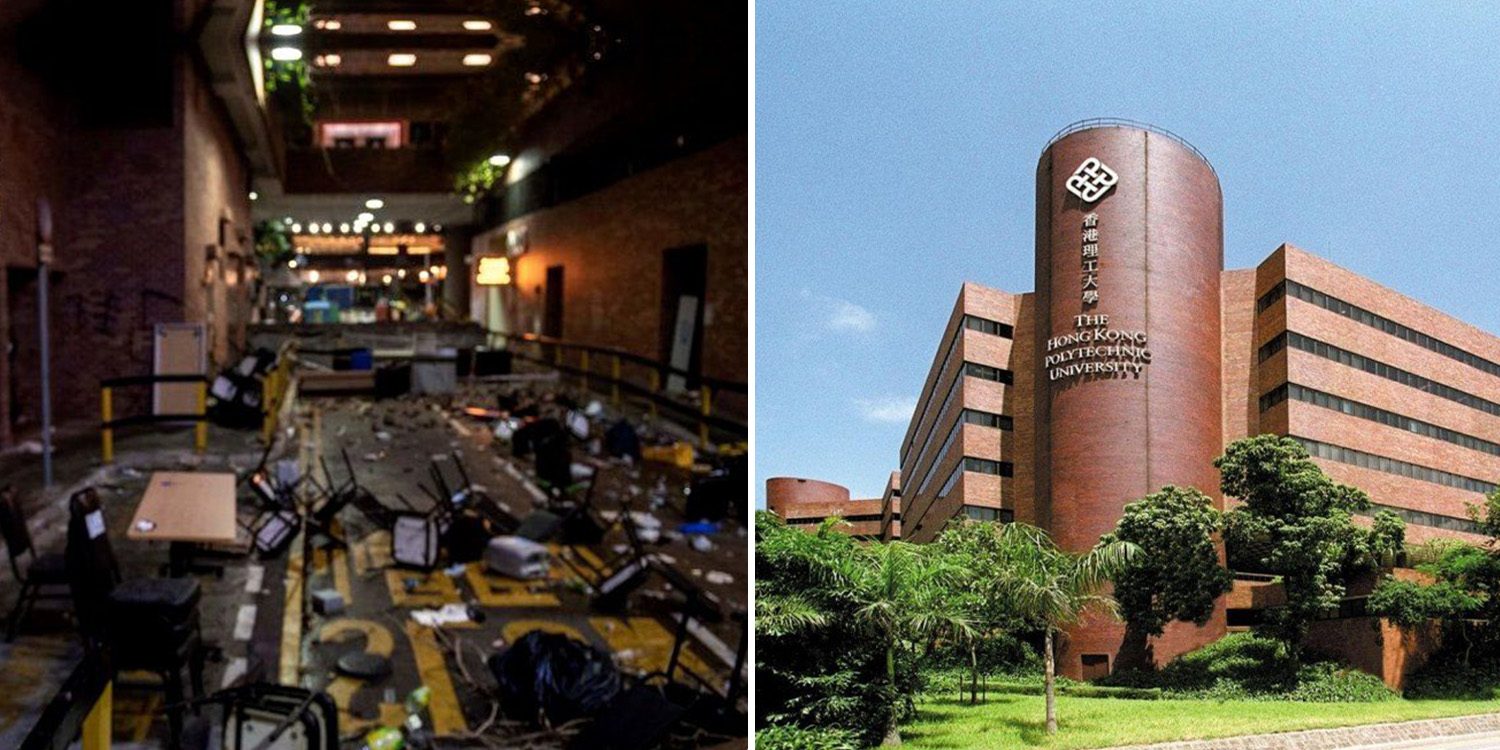 The ongoing Hong Kong (HK) university protests are a riveting glimpse into the psyche of young HK student protesters who are leading the charge for ‘revolution’ in their country. Polytechnic University, the last bastion for their battle over democratic ideals, has been barricaded by riot police, as violent exchanges of petrol bombs and live arrows continue.

But now, less than 100 hardcore protesters remain, trapped within the university in a stand-off that has lasted close to a week.

As thousands of arrested protesters now face police charges, the remaining members are getting desperate to flee capture. 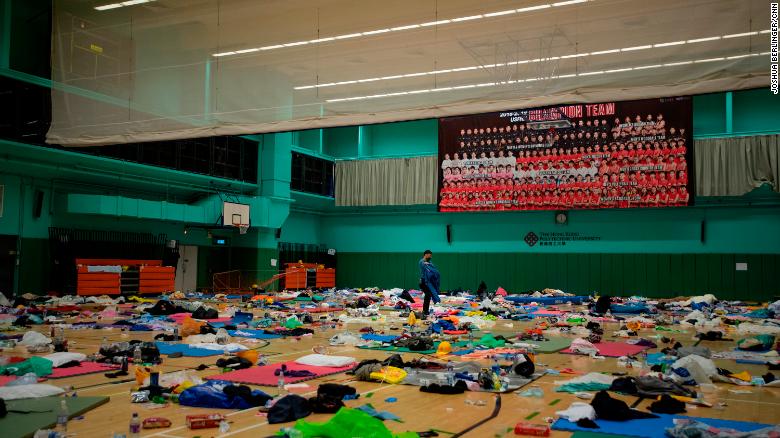 Some of them climbed into manholes, trying to escape via the sewers. 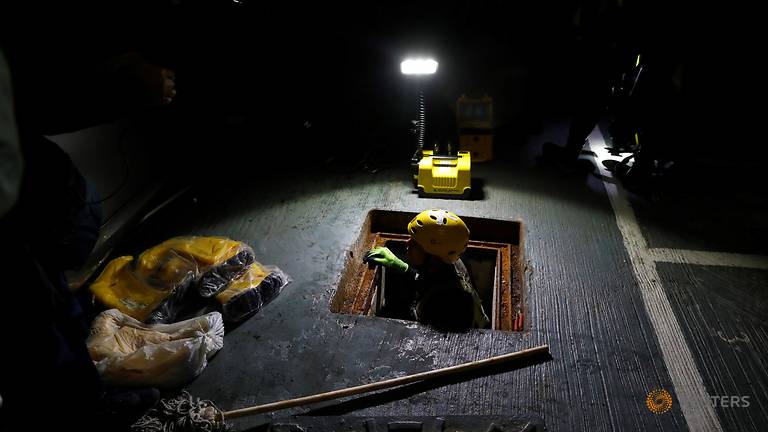 A student told Reuters that she “saw snakes” in the “smelly” sewers, with “many cockroaches” as progress wading through them proceeded at a snail’s pace.

In the escapees’ own words,

We truly think we need to fight, or we die, so we went into the sewer.

Those who attempted to scout the sewers reportedly brought along water, rope and first aid kits, using their GPS functions on phones to pinpoint locations.

Groups of students ahead used spray cans to chart their progress for others to follow.

A student who was unable to complete the journey to freedom told Reuters,

Every step was very, very painful. The most unforgettable feeling is the fear when I was inside.

She and her group of friends exhausted other escape measures, and turned to the underground passages to plot their escape.

However, devastation set in after an hour-long trek through dirty water brought them nowhere near the surface.

When we reached the end, we found we were still in the poly.

In the end, the students remained trapped within the university’s compounds.

With the use of water cannons by police, sewers are a dangerous escape option. Rising water levels could engulf unprepared students, and result in their deaths. 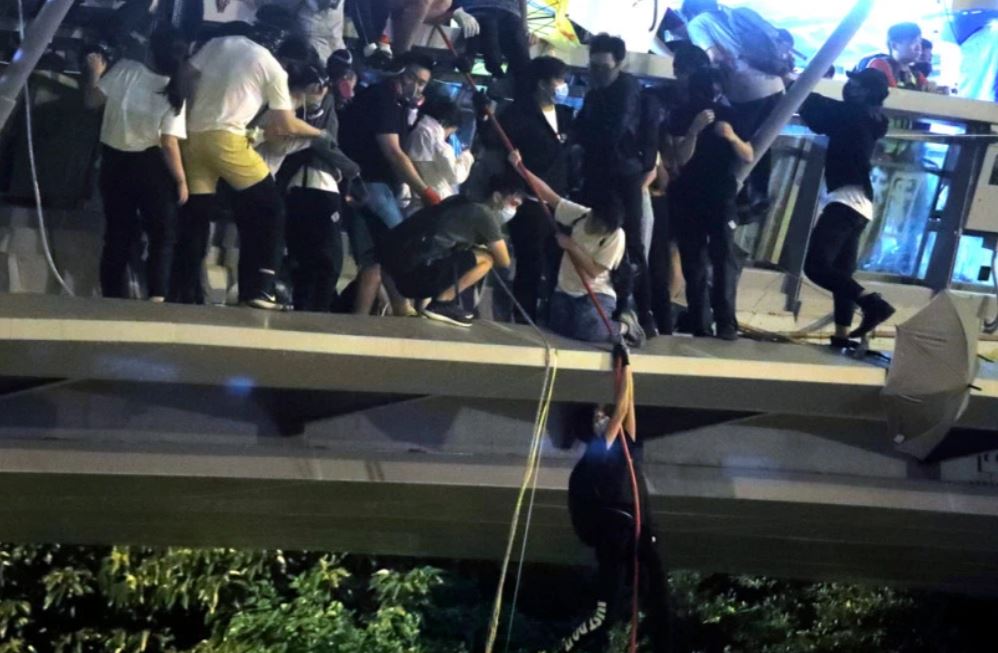 Others turned to abseiling down fire hoses to escape via motorcycles that were driven by other protesters in a rescue attempt.

These stand-offs would be marked by violent clashes between riot police and protesters involving rubber bullets, petrol bombs and tear gas.

Hundreds of students, seeing no better option, have surrendered as their supplies continue dwindling.

Polytechnic University has held out the longest, after 4 other bases were dismantled by the authorities since 11 Nov. Calls to “blossom” over Hong Kong galvanised protesters to blockade areas in an often violent bids for freedom.

But do these young student protesters have any regrets since their final stand began?

At least one male student named Brutus expressed his regret about the “mission” to Reuters reporters. 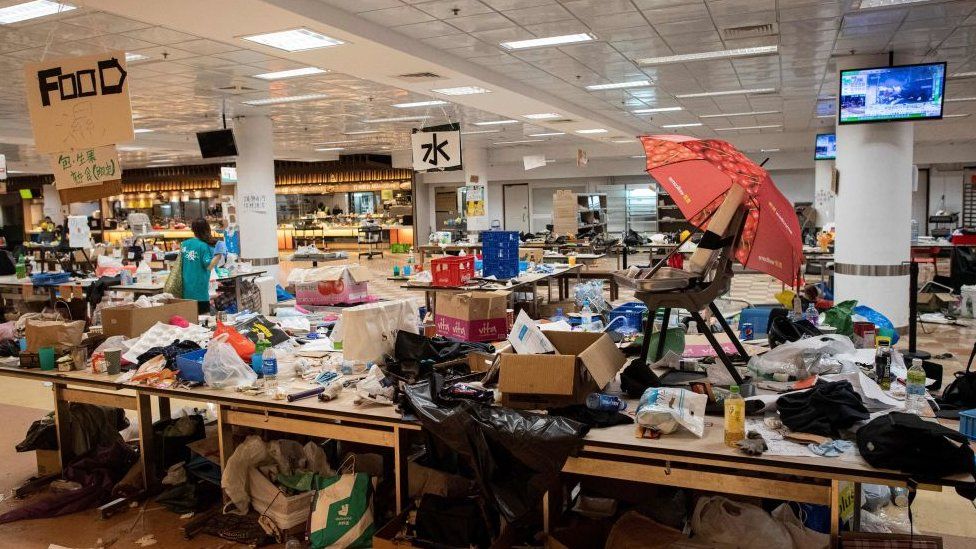 Although destroying surveillance cameras could be justified by “protecting people”, libraries containing precious books & learning resources should have been left alone. 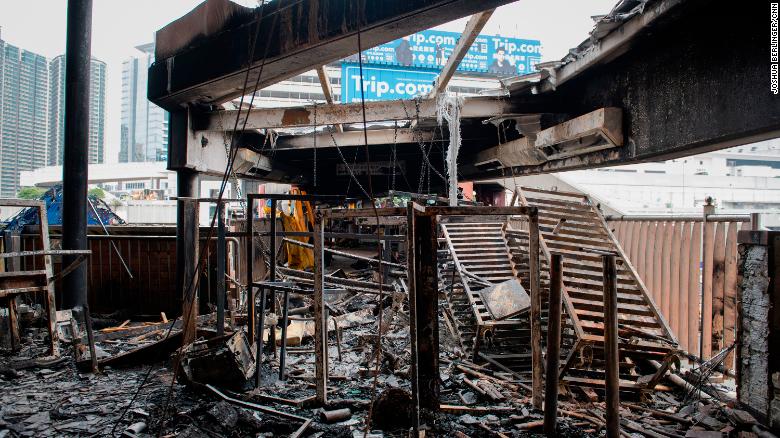 He told Reuters that they were all “here to learn”, but regrets that his juniors will never get to read the same tomes he did, admitting,

That is a great loss.

Only graffiti-ed walls, petrol-slicked classrooms, shattered windows and rotten food remain — the once beautiful campus, a shell of its former self. Weapons-wise, bows and live arrows were used by students to arm themselves against “real bullets“, as they weren’t sure if they would get shot by live rounds.

A “humane end” for a violent siege

Authorities have expressed their desire for a “humane end” to the violent siege, as it involved close to 300 teenage protesters who’re barely 18.

As the remaining youths decide whether it’s better to evade capture, or surrender and risk getting jailed for up to 10 years, we pray that no one else gets injured in the process. The next battle for the school will be to begin salvaging the vestiges of what’s left to rebuild the compound, so it can become a sanctuary for learning once again.