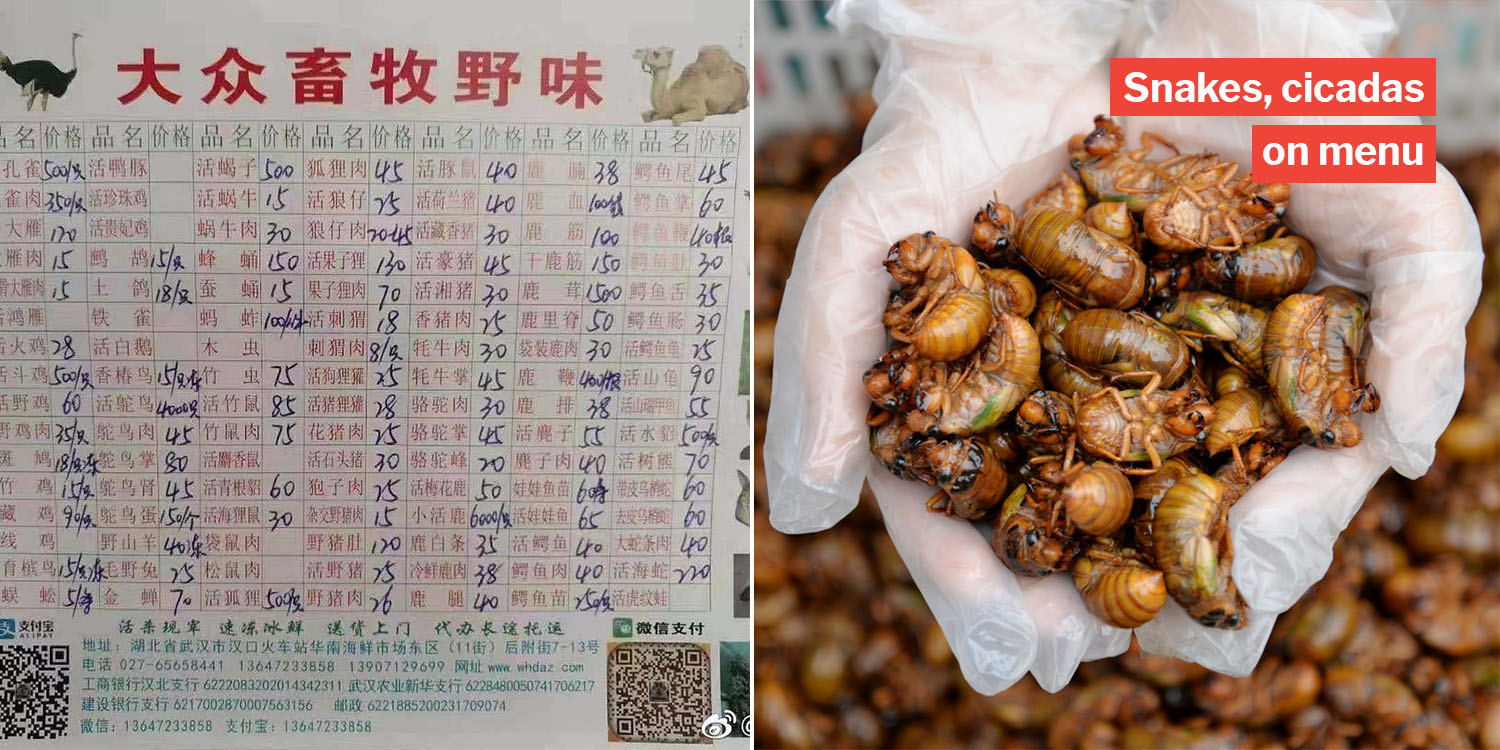 We don't know if these items are linked to the virus.

The recently-discovered Wuhan coronavirus – dubbed 2019-nCoV by the World Health Organization – is causing a great deal of panic, especially due to the suspected location of origin.

Now, a picture of a menu at Wuhan Huanan Seafood Market is making its rounds around the Internet.

This market has made the news as the suspected origin of the new coronavirus – leading to it being shut down on 1 Jan by Chinese authorities.

When you look at the menu, it’s hard to see how such a market can be open at all – over 100 items of exotic wild animals were being sold as food, including salamanders, snakes, and even peacocks.

This menu was shared on Twitter by Muyi Xiao on Tue (21 Jan). 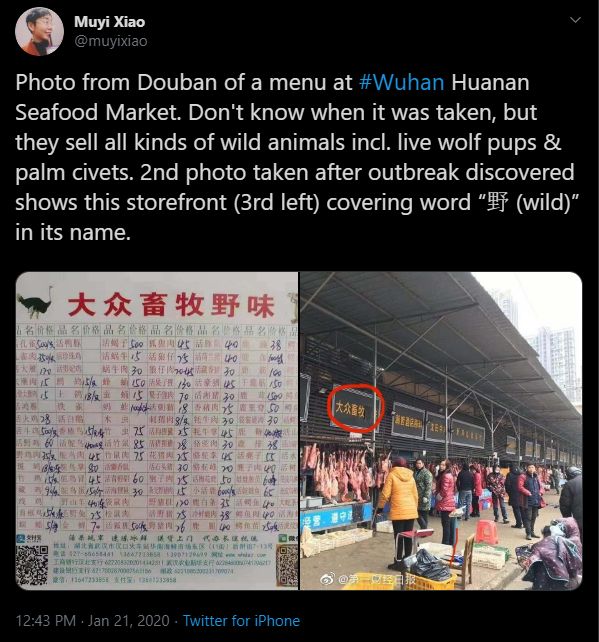 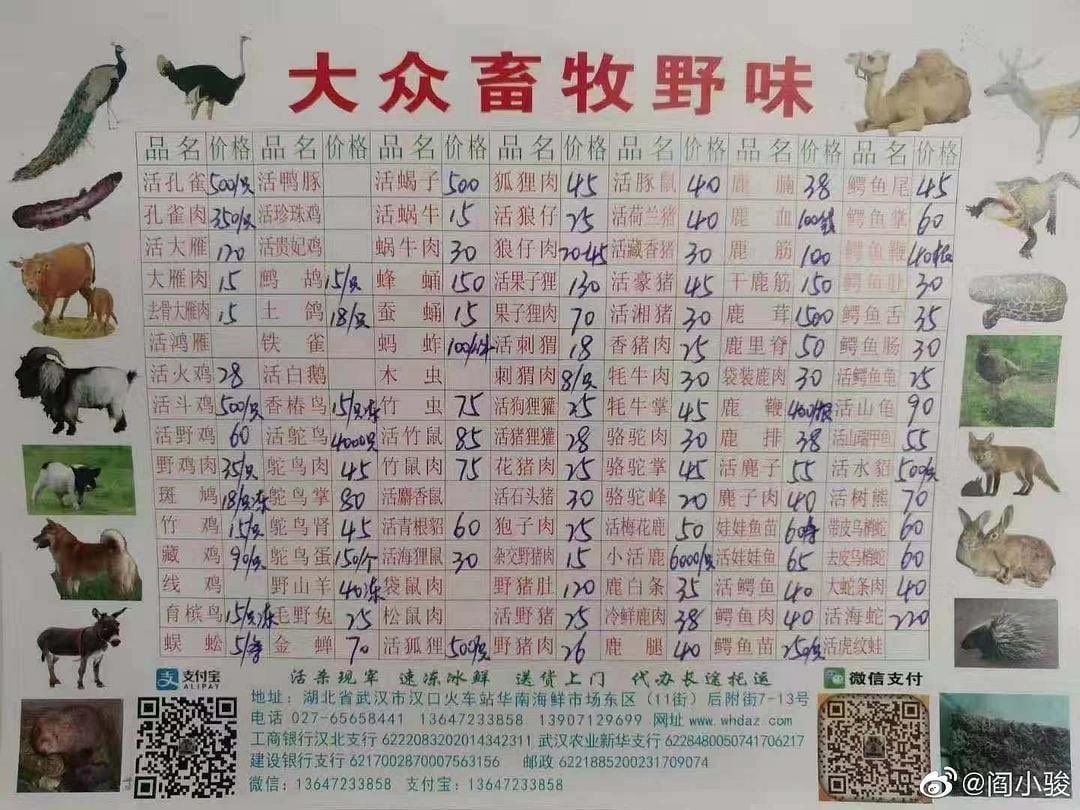 The list of animals that are being sold range between poultry and wild birds, to reptiles and even hedgehogs:

Some of these would be more familiar as zoo animals than food on a menu. 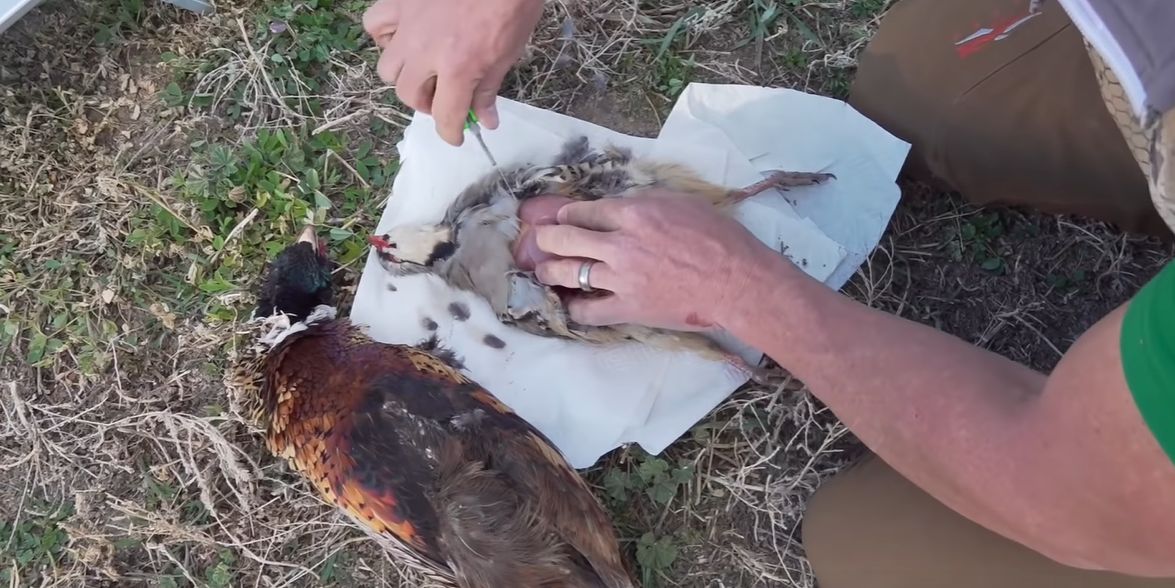 Pheasant being cut, for illustrative purposes only
Source

Cicadas being in particular were rather shocking, as apparently they’re poisonous. 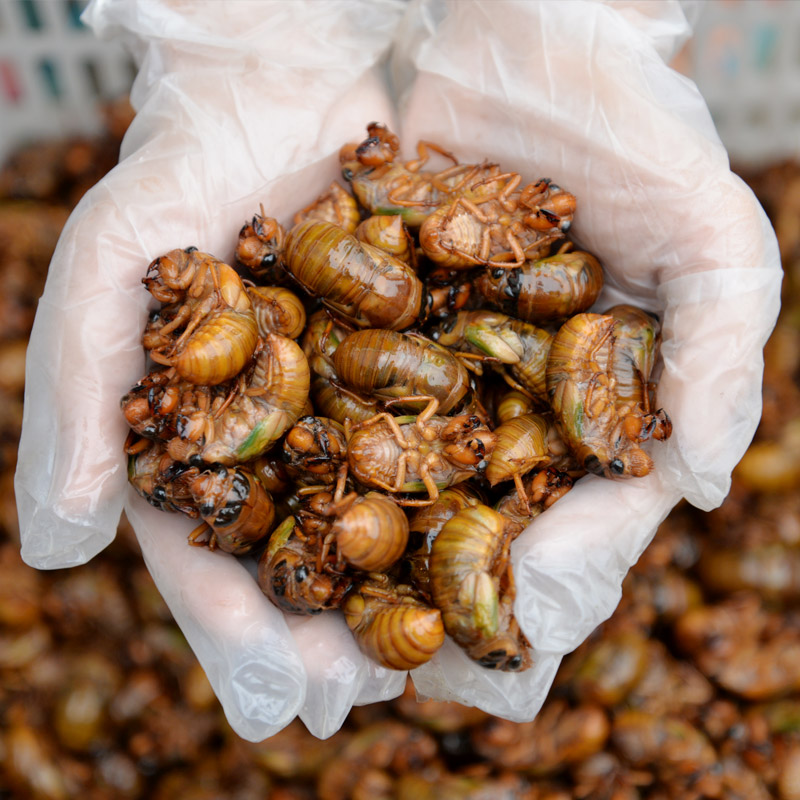 Wild animals are sometimes consumed by the Chinese as a sign of wealth, but the scale of which these animals are being slaughtered live and sold is staggering. And disgusting. 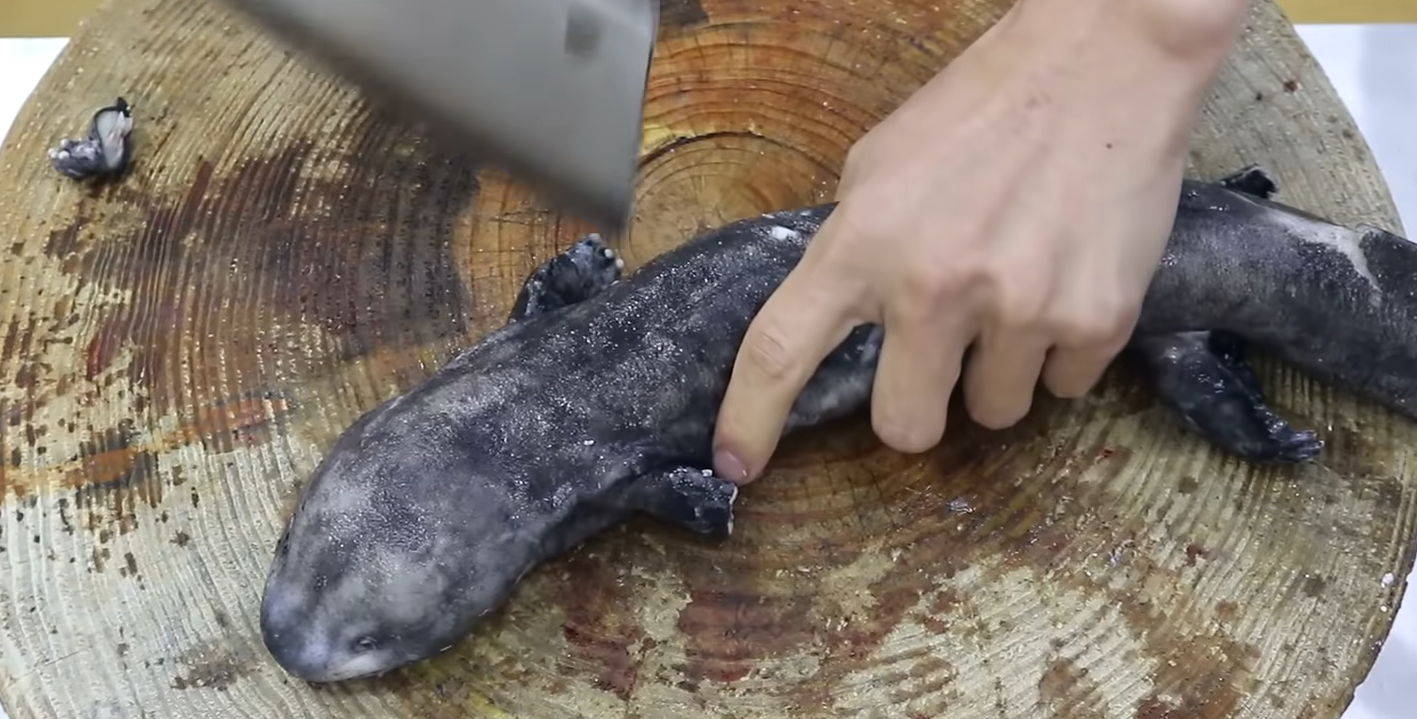 Many of these items are marked as ‘live’, with the implication that they are slaughtered on order, as meat, or both.

Link between wild animals and spread of virus to humans unclear

While wild animals are suspected to be carriers of the coronavirus, the link between them and the spread to humans is unclear.

However, what is known is that the Wuhan Huanan Seafood Market had live animals intermingling with slaughtered ones.

Said market has been shut down since 1 Jan by authorities.

Scientists published on the Journal of Medical Virology have linked the virus to snakes, which are predators of bats.

However, they’re unsure as to the exact origin and will have to test animals from the market as well as wild bats and snakes in the area before they can confirm the source.

Therefore, it is perhaps premature to link the menu’s items to the spread of the virus.

Public advised not to spread misinformation about coronavirus

We do not advise that the public pinpoints the menu’s items as a certain cause of the coronavirus.

It would also be premature to say that bats, for example, are the originators of this virus – that is still under investigation.

What we can do is to wait for confirmation – the last thing we need is fear and panic around the situation.