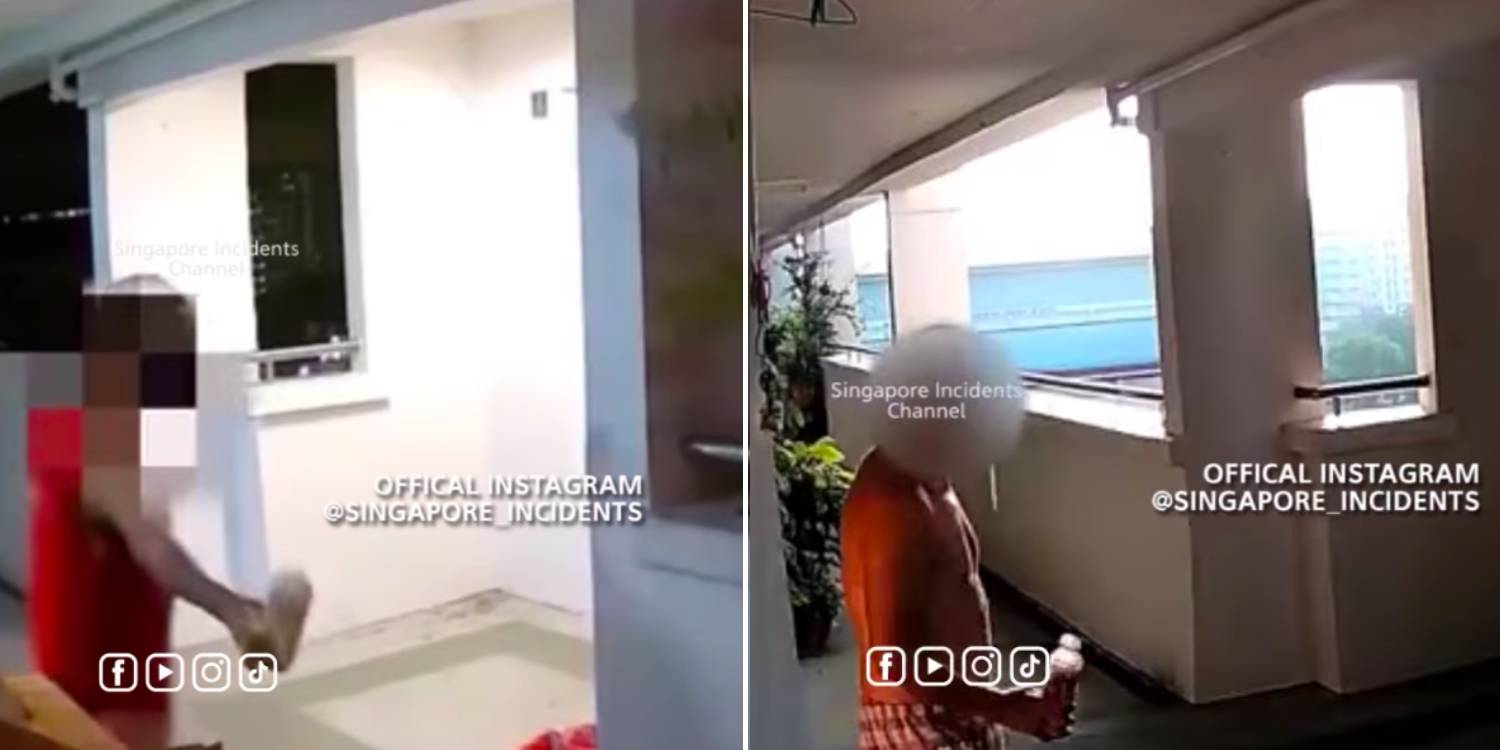 The incident first happened in November 2020.

Throughout the pandemic, there has seemingly been an increase in the number of disputes between neighbours, presumably due to people spending more time at home.

Recently, a Yishun resident was apparently caught pouring a strange liquid along the corridor and on the door of a neighbour’s house.

CCTV footage showing him carrying out the deed was later posted on the Facebook page, Singapore Incidents.

Apparently, the ‘strange liquid’ turned out to contain urine and faeces.

The man was then seen up to the same mischief in the 2nd half of the clip. This time, however, the incident apparently took place more than a year later, on 21 Nov 2021 at about 7.39am.

The man could be seen walking directly towards the neighbour’s house holding a bottle that apparently contained faeces and urine.

While he left the frame for a few seconds, the liquid in the bottle he was holding became significantly lesser when he walked back.

He then poured the remaining substance on the corridor and walls of his neighbour’s unit.

It’s unclear if the neighbour had carried out similar actions throughout the duration between the 1st and 2nd incident.

Responding to queries from MS News, Nee Soon Town Council said they are aware of the incident. Here is their statement in full:

Nee Soon Town Council is aware of the incident. Our Property Team will work with the residents to monitor the situation closely and resolve the matter amicably. We are also working with the relevant authorities to take the necessary actions. The Town Council would like to seek the cooperation of residents to refrain from such acts.

Though it’s unclear what triggered such a response, there’s absolutely no reason to resort to such deplorable acts.

Hopefully, the neighbours will be able to settle their differences amicably and that such incidents will not occur again.