This guy deserves a medal.

A Malaysian man by the name of Liu Xin Fa is currently seeking the owner of a thick stack of S$50 bills left unattended in Johor Bahru (JB).

Mr Liu took to a JB traffic monitoring Facebook group on Tuesday (12 Feb), urging anyone who had lost their hard-earned money to contact him immediately. The post has since gone viral, with over 900 shares at the time of writing.

Found while returning back to SG

Mr Liu allegedly found the thick stack of cash in a white envelope over at JB, when he was travelling from Singapore where he now works and resides in. 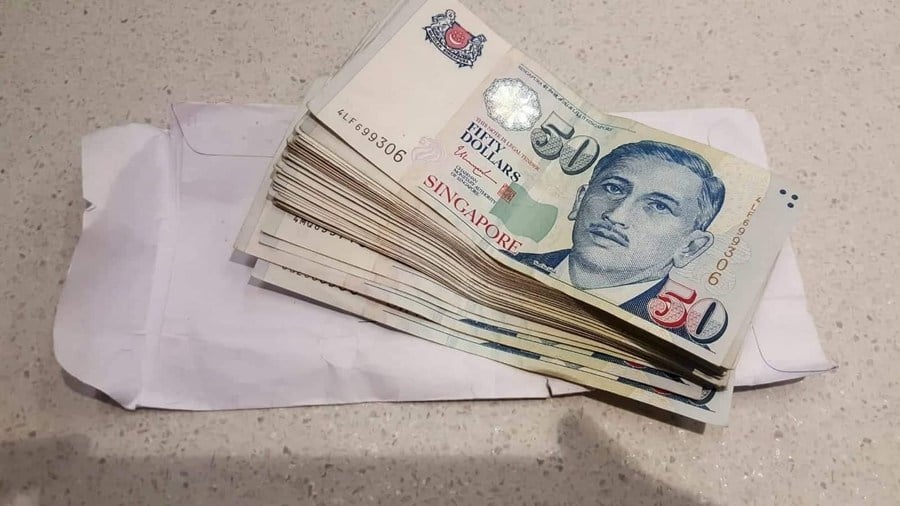 He urged anyone who lost their hard-earned money under these circumstances to send him a private message on Facebook. He will subsequently return the cash to the person who’s able to tell him the exact value of the stack of cash.

Based on visual estimation, there are roughly 30-40 pieces of S$50 notes in the pile, which means this can easily be someone’s monthly salary.

Mr Liu’s post has received a slew of comments, many of them praising Mr Liu for his honesty.

Others netizens touched by his actions felt that our society would be better off with more honest folks like him.

Help reunite this owner with his hard-earned money

We are truly touched by Mr Liu’s actions and hope that the rightful owner will be reunited with his hard-earned money soon.

Do share this around so as to increase the chances of that reunion happening.