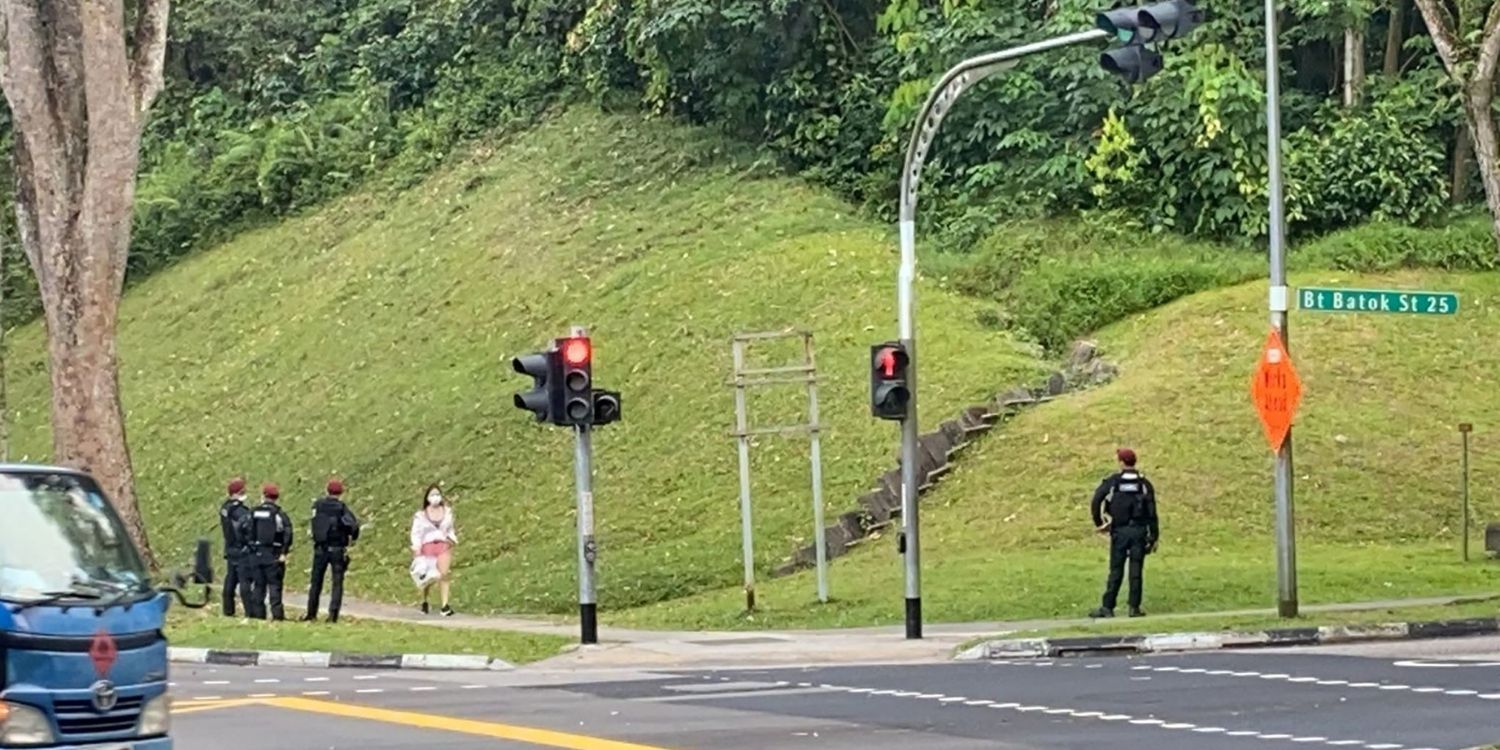 The Home Team spared no effort to hunt down the alleged offenders.

From time to time, people try to enter Singapore illegally for a variety of reasons.

However, they have to face the might of our Home Team officers, who take such matters very seriously.

So seriously, that they’re willing to seal off Bukit Batok Nature Reserve. 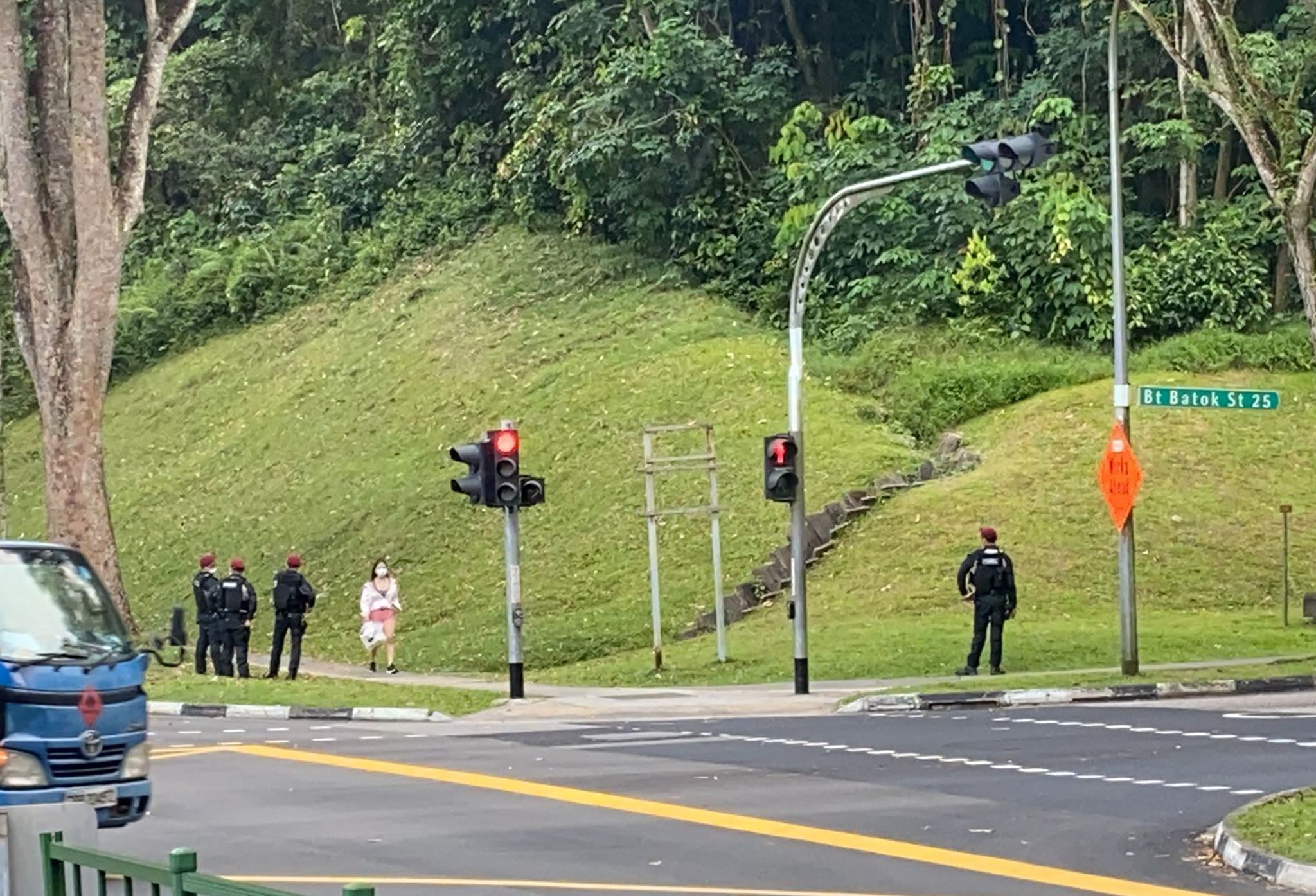 Their efforts eventually led to the arrest of 6 men who allegedly entered the country illegally.

And the authorities certainly spared no effort, deploying the big guns to hunt down the alleged offenders.

Besides officers from the Central Police Division, Clementi Police Division and Special Operations Command (SOC), the formidable Gurkha Contingent was also called upon. When the Gurkhas are activated, you know something big is going down indeed.

A Zaobao reader told the paper that they saw many red vehicles of the SOC lined up near the forested area in Bukit Batok.

From photos the reader sent in, there were at least 8 of them surrounding the area. 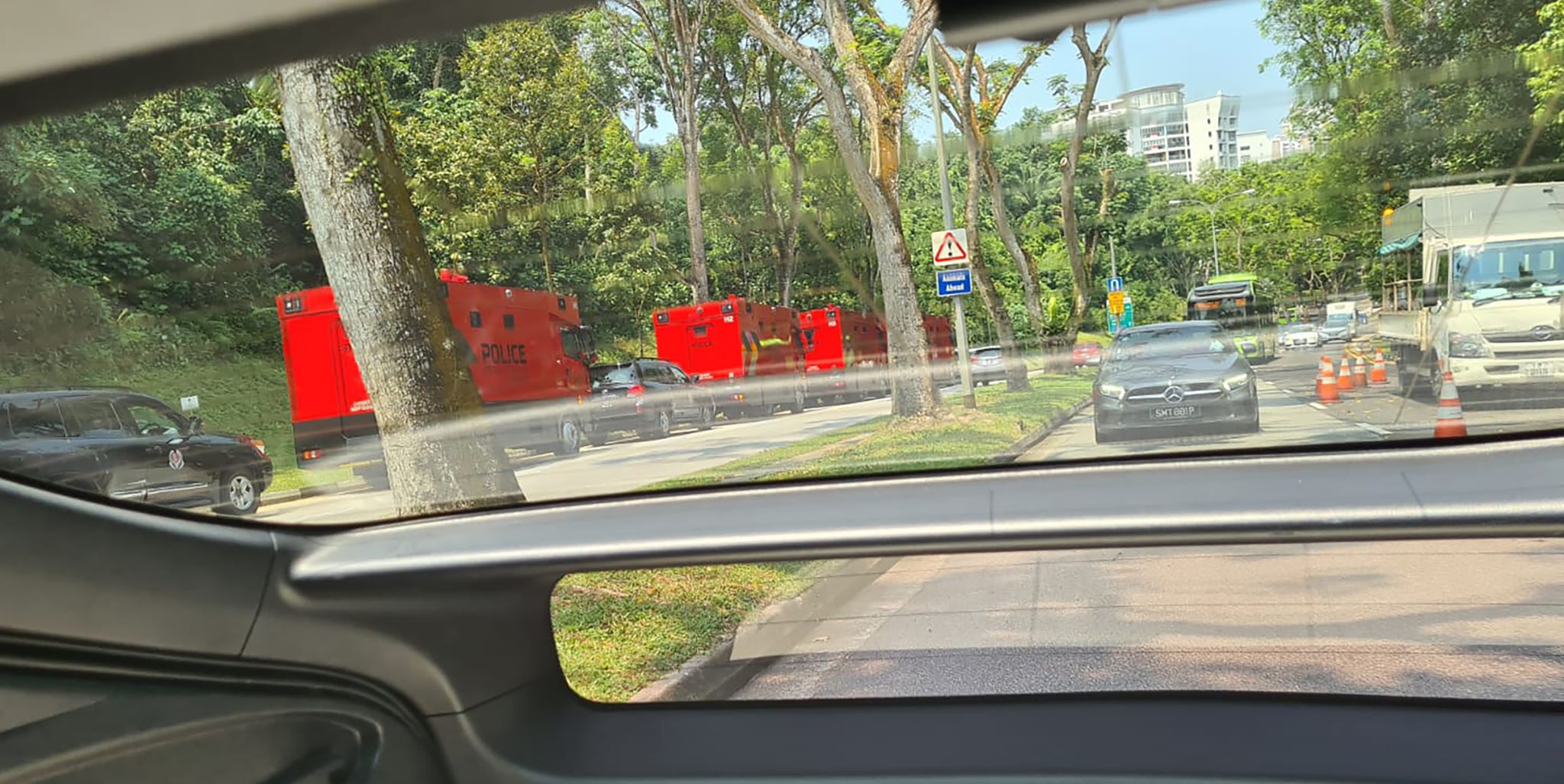 There was also a strong police presence, leading to a tense atmosphere, the reader added.

According to the Singapore Police Force (SPF), the operation was conducted in the Toh Tuck/Clementi area and the Bukit Batok Nature Park.

They’re suspected of entering Singapore illegally, and investigations are ongoing.

Police remained the next morning

The operation may not be over yet, Zaobao reported.

As of Saturday (25 Sep) morning, police officers were still spotted near Bukit Batok Street 25, which bounds a forested area. 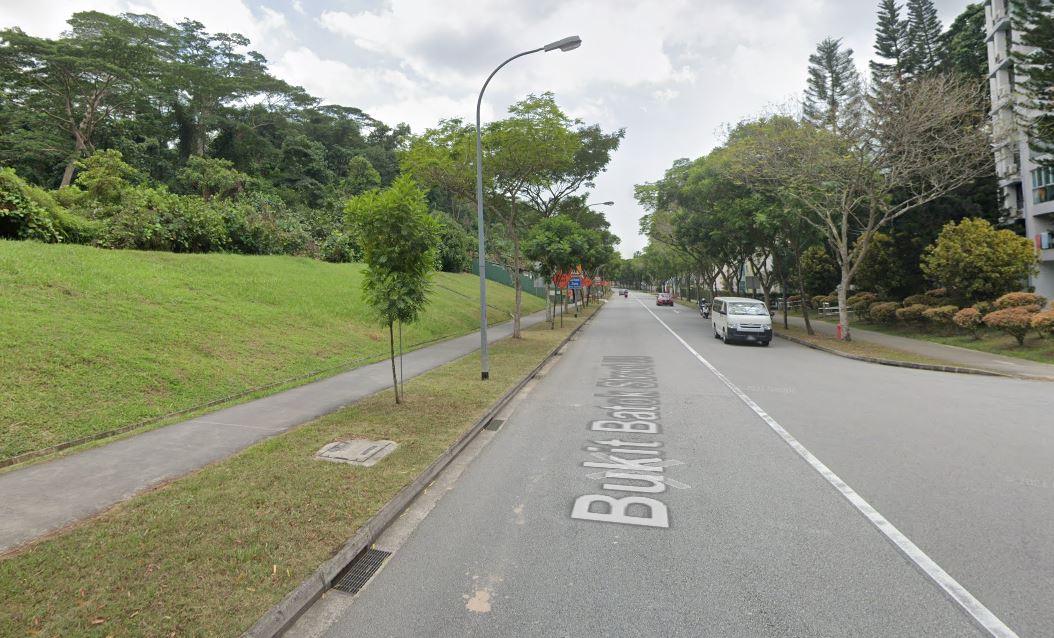 Vehicles from the SOC and Singapore Civil Defence Force (SCDF) were also parked nearby.

Home Team always on the ball

While people will always attempt to enter Singapore by unlawful means, this display assures us that our Home Team will always be on the ball.

Kudos to all the officers involved in the massive operation.

With them at the helm, Singaporeans can sleep soundly at night.