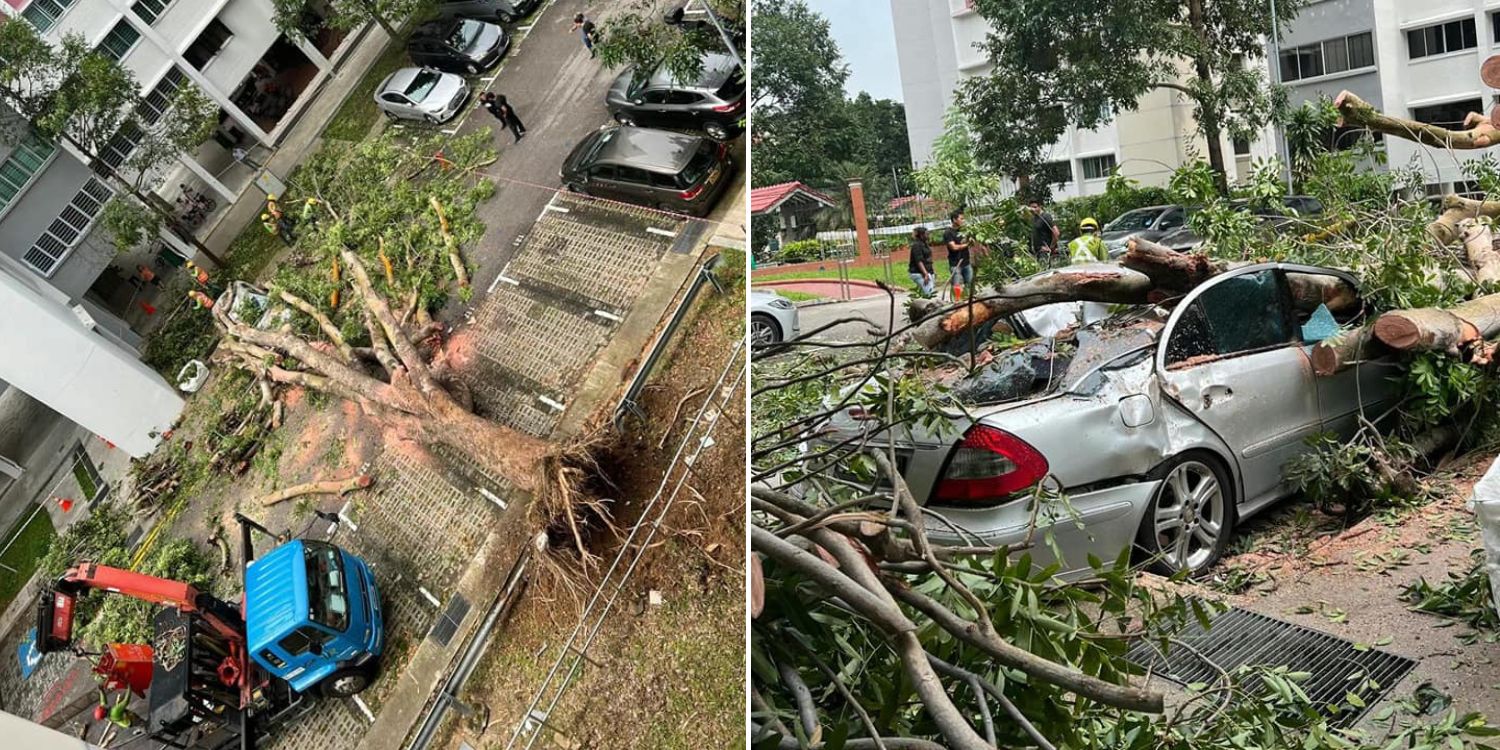 The authorities took 5 hours to clear up the aftermath.

Prolonged rainy weather can cause the trees around us to topple, sometimes to devastating effects.

After a spate of rain in Tampines, a six-storey tall tree in a carpark was uprooted, causing it to fall onto a Mercedes nearby, crushing the vehicle completely. The fallen tree had also narrowly missed an elderly woman in the area.

Thankfully, no injuries were reported and the aftermath was cleared up in five hours.

Shin Min Daily News reported that the incident happened on Thursday (29 Sep) morning, in the vicinity of Block 256 Tampines Street 21.

Residents in the area described the tree to be about six storeys tall. After falling in the carpark, the tree took up at least four parking lots.

While the carpark was sparsely filled, a parked Mercedes, unfortunately, became the sole victim in the accident.

The thick branches of the tree had crashed through the vehicle’s roof, nearly flattening it. 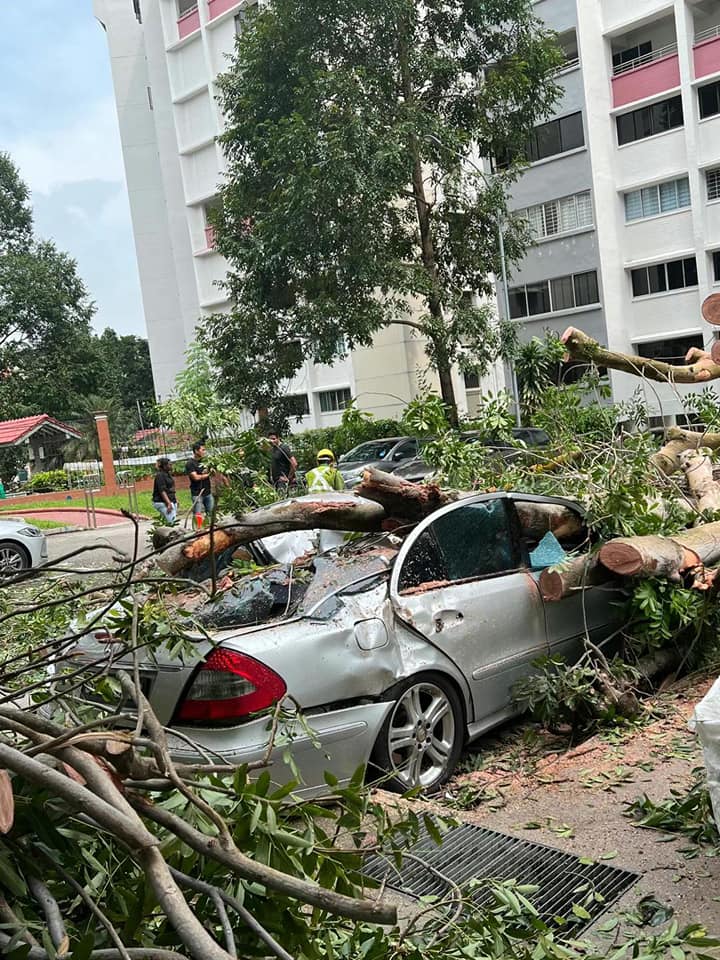 Its back windshield also completely caved in, causing the windows to shatter and the car doors to bend out of shape.

According to Shin Min Daily News, a 70-year-old elderly resident was heading to a nearby supermarket when the tree fell.

The housewife said that the tree fell the moment she reached the carpark. Had it fallen just two seconds earlier, she suspected that it would have struck her straight on.

Thankfully, that didn’t come to be but the incident has scared the resident tremendously.

Not once in her 40-year stay in the area has something like this happened and she swears to never enter the parking lot again.

The accident’s aftermath has also left lasting damage to the surrounding area.

There was mud everywhere, railings were bent, and a large hole was left in the tree’s place.

The authorities were present to remedy the situation though, with residents claiming that they stayed for five hours cleaning up the mess.

Because of the tree’s massive size, the authorities had to seal the site and cut through the branches and trunks with chainsaws so that they could move the tree out of the area.

Cranes were also there to lift the branches and trunks to the side of the road.

The cause of the accident is unknown at the moment but residents believe that loose soil and the tree’s old age could be contributing factors.