80-Year-Old Man Falls Down Near Mustafa, Kind Electrician Buys Medication & Plasters For Him 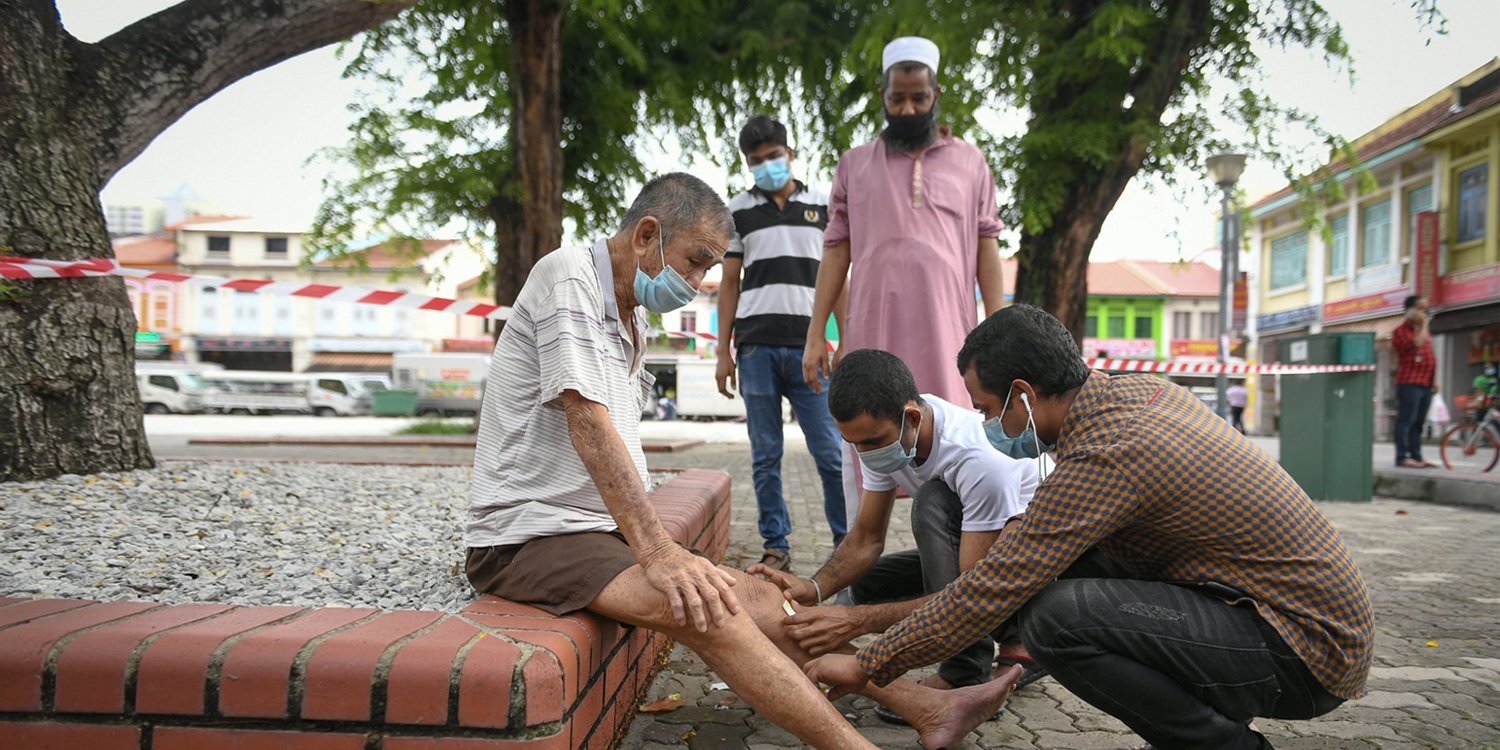 Elderly folk are more prone to falls, as their bodies gradually deteriorate with age.

It can be pretty concerning when such incidents occur. While they might seem minor at first, there’s always the chance of developing fractures and other complications.

On Sunday (21 Jun), an 80-year-old uncle apparently fell down while making his way to a toilet. Thankfully, a kind electrician happened to be around the area and came to his aid. 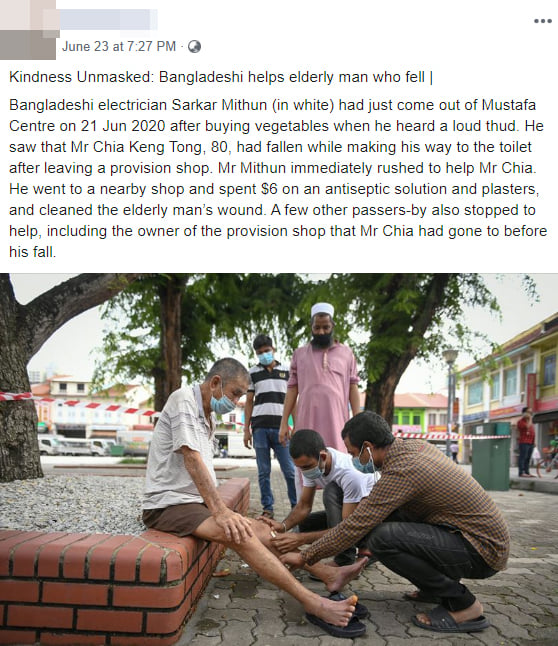 According to the post, Mr Sarkar Mithun, an electrician from Bangladesh was exiting from Mustafa Centre when he heard a loud “thud”. 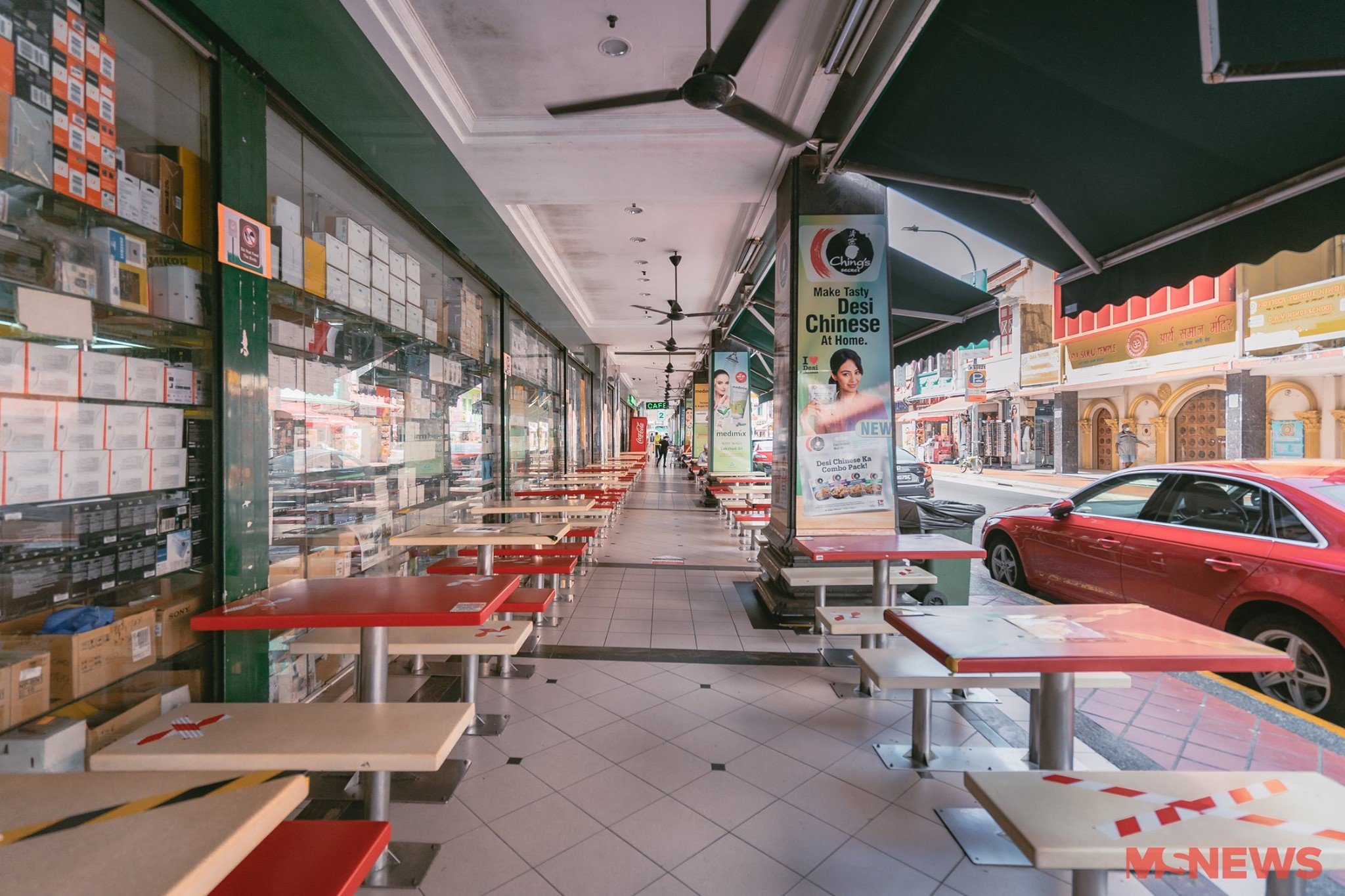 He immediately rushed towards where the noise came from and found that 80-year-old Mr Chia had fallen down.

Apparently, the elderly man was making his way to a toilet after leaving a provision shop when he tumbled over.

Mr Chia suffered a huge gash to his left knee and seems to be in a great deal of pain. 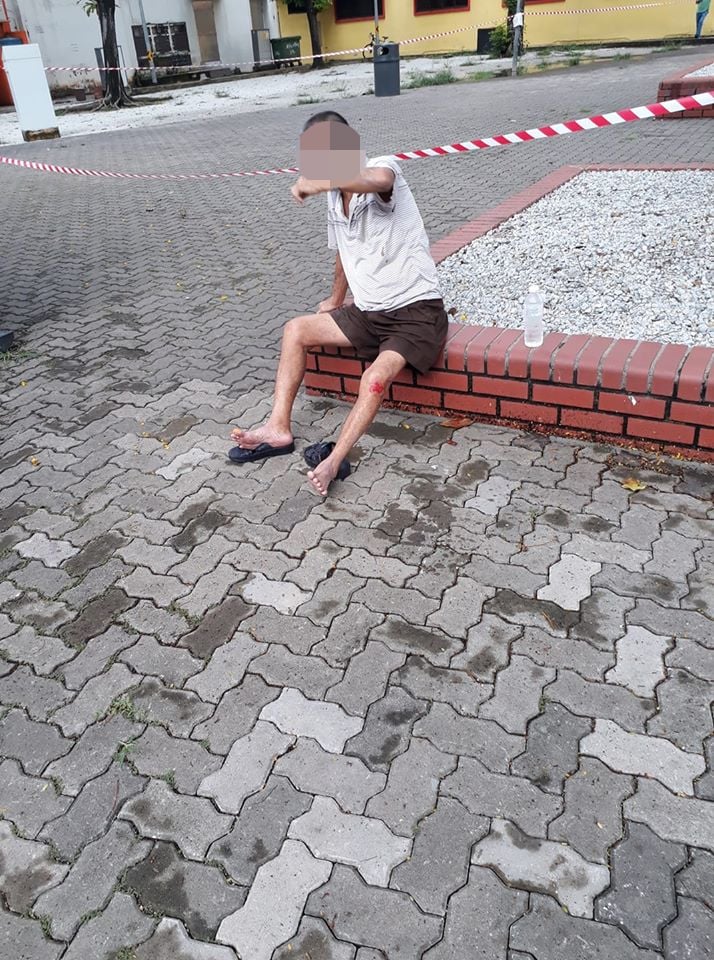 Seeing what had unfolded, Mr Sarkar went to assist the elderly man. The electrician even spent $6 buying antiseptic solution and plasters to help clean the wound.

A group of passers-by – including the owner of the provision shop – soon gathered around the elderly man to render assistance. 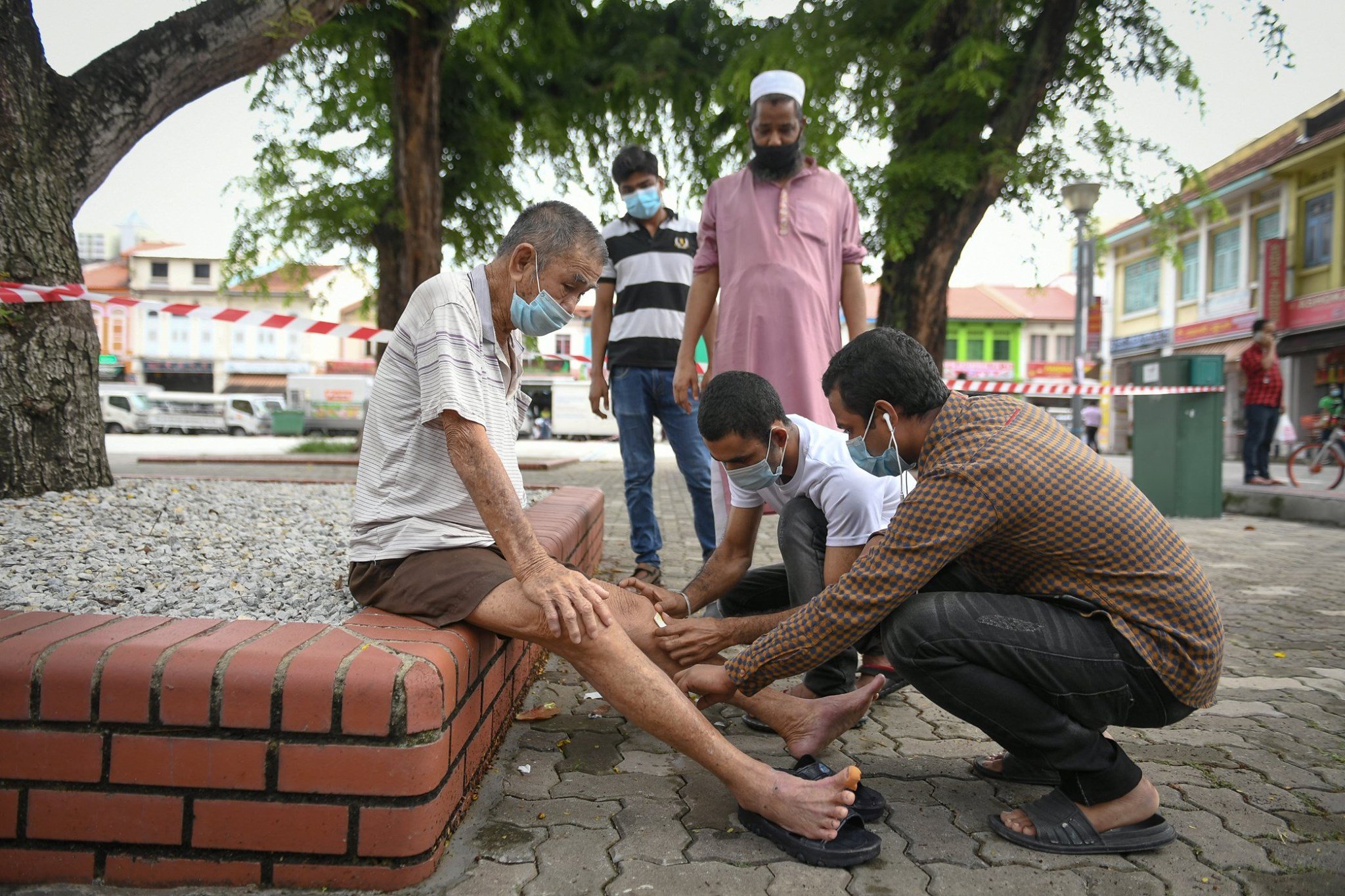 Kudos to Mr Sarkar for going the extra mile to help the elderly Mr Chia, showing us that values like kindness are universal.

We hope Mr Chia did not suffer any major injuries will make a speedy recovery soon.