Alexandra Mall Door That Fell Has Been Faulty For A While, Says Netizen 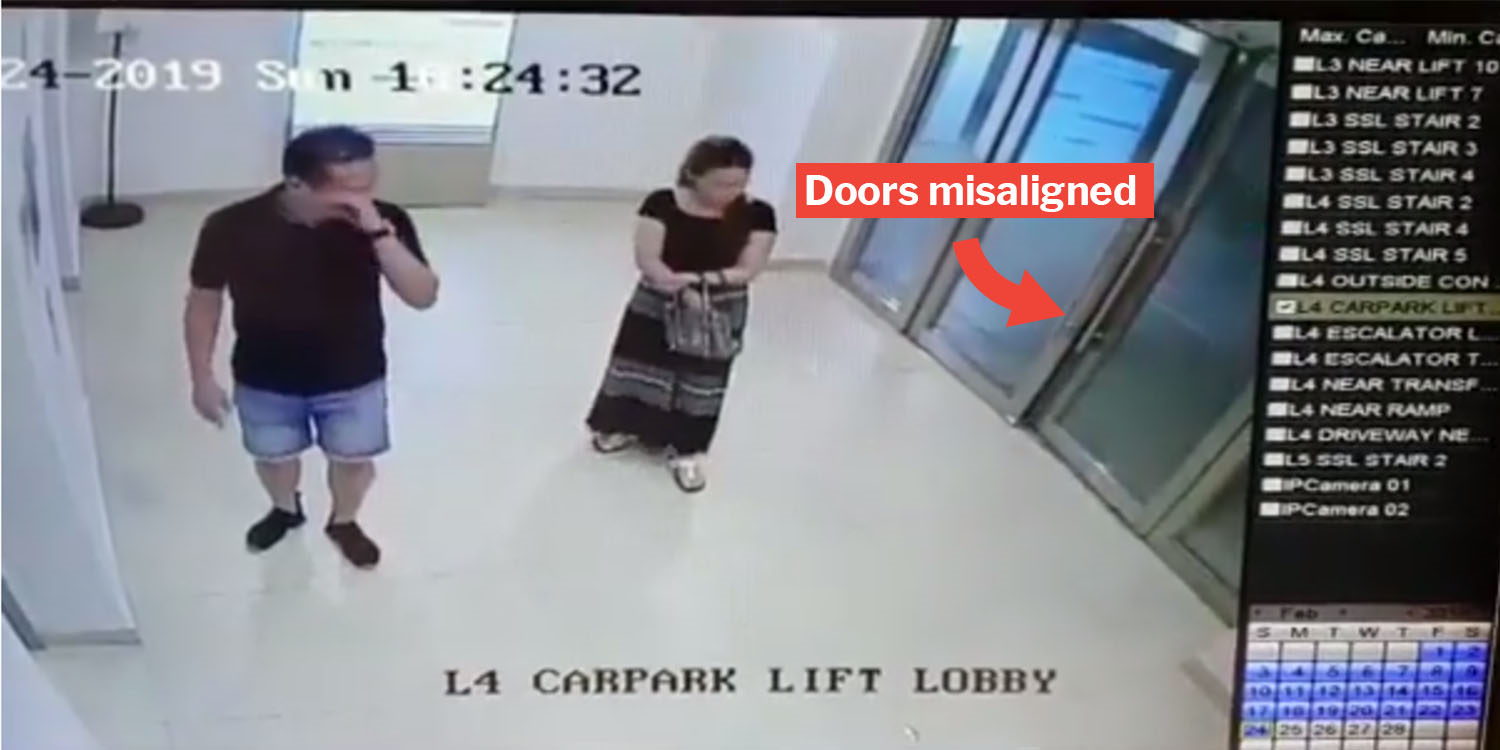 What should have been a routine trip to Alexandra Central Mall became a tragedy for a woman when a heavy glass door fell onto her while she was waiting for the elevator.

A video of the incident surfaced on Facebook this Tuesday (26 Feb).

Among the comments was one claiming that the door has been faulty for a long time.

Loose door pushed off its hinges

In the video, a woman was seen entering the elevator lobby by pulling a door open.

As the door closed, it collided into the adjacent door, pushing the stationary door off its hinges.

One netizen pointed out that during his previous visits to the mall, he saw that the doors were misaligned.

This may have caused one door to exert continuous pressure on the other. And finally pushing it off its hinges on Tuesday (26 Feb). 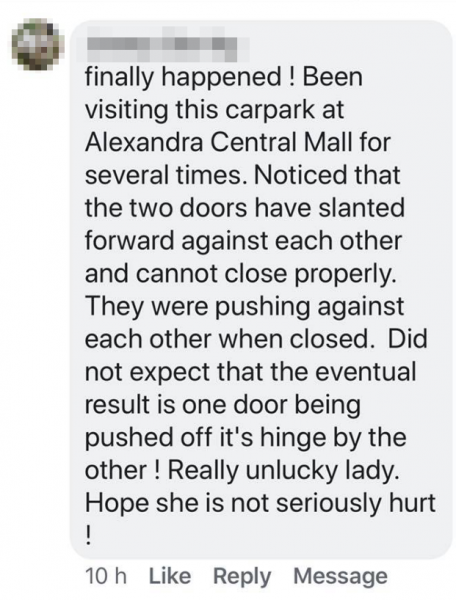 The management of Alexandra Central Mall is working with the police to investigate the matter.

Hopefully, other malls implement more safety checks on their infrastructure to ensure that accidents like these never happens again.

As for the lady involved, MS News wishes her a speedy recovery.