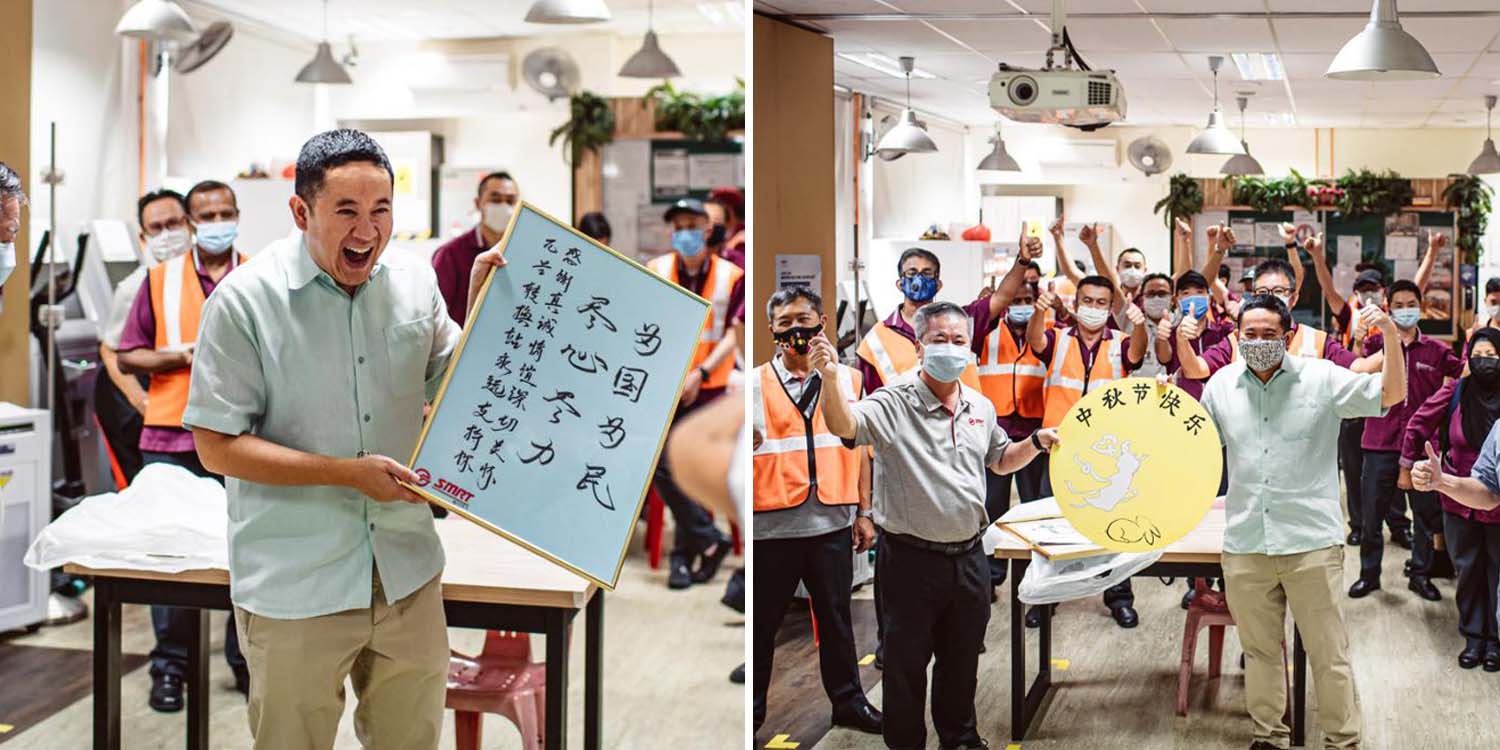 Ex-MP Amrin Amin Given Calligraphy By Woodlands Bus Captains, Thanking Him For His Friendship

The 2020 General Election was an exciting one, especially when the Workers’ Party (WP) narrowly edged out the People’s Action Party (PAP) team in Sengkang Group Representation Consituency (GRC).

Due to that upset, Mr Amrin Amin, who was one of the PAP candidates contesting Sengkang GRC, is no longer serving as a Member of Parliament (MP).

However, his contributions during his time as an MP have not been forgotten — recently, he was presented a piece of calligraphy by bus captains at his former stomping ground. 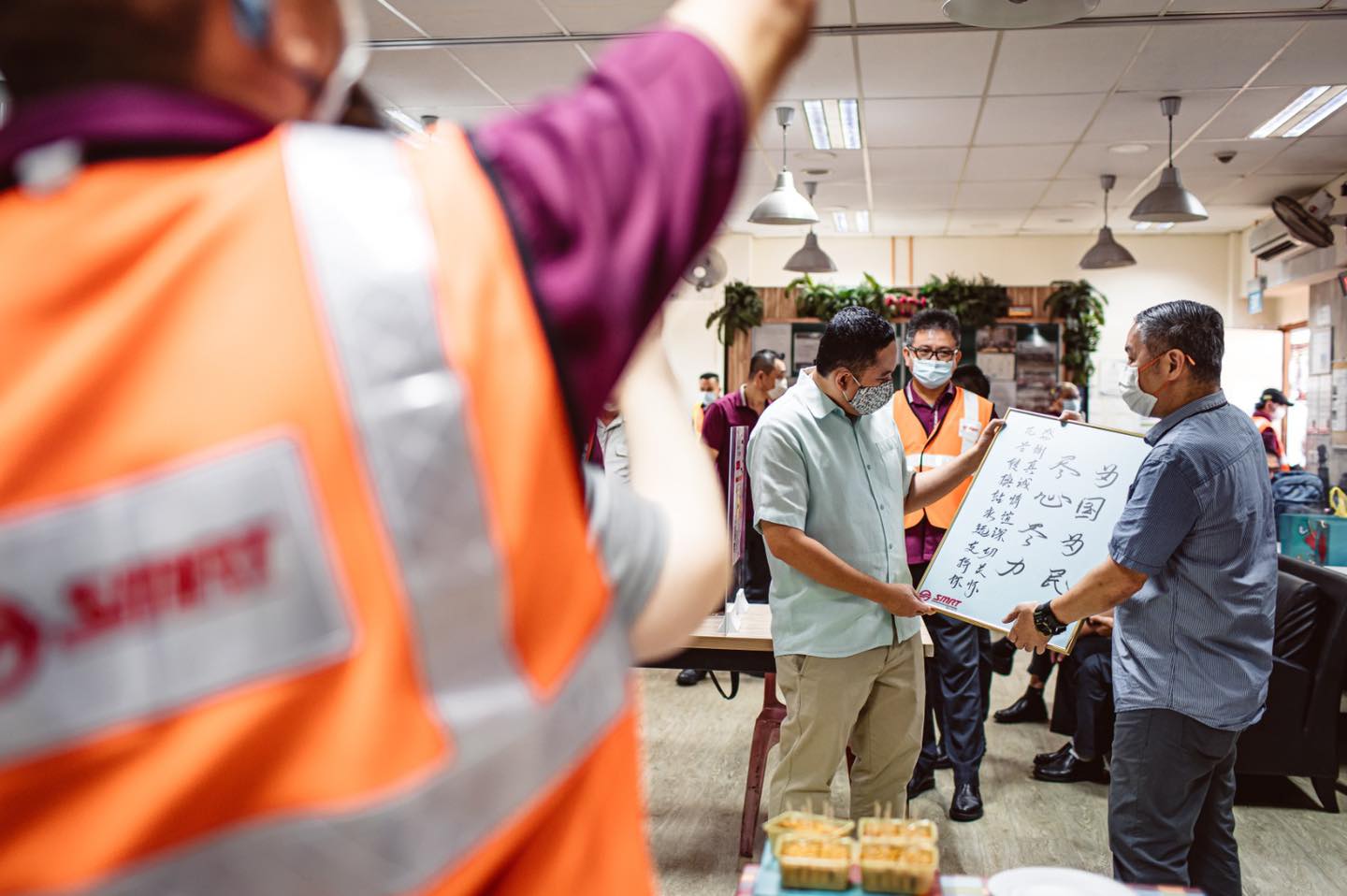 Used to be Sembawang GRC MP

The area included the Woodlands Bus Interchange, and he clearly made quite an impression on the staff there, for the bus captain invited him back on Wednesday (23 Sep).

To thank him for his years of contribution to Sembawang GRC, they even gifted him a calligraphy piece done by one of them.

Mr Amrin was clearly delighted, as he broke into a huge smile upon receiving the gift. The large words translate to: “For country, for people, do your best in everything”.

The smaller words read: “Thank you for your sincere friendship and steadfast care. Woodlands Interchange will support you forever.”

The bus captains also joked that if Mr Amrin ever forgot to bring his ez-link card when travelling in Woodlands, he could use the calligraphy instead as a free pass.

But of course, this is only valid in Woodlands.

Mr Amrin jokingly said, he might get “thrown off the bus” again if he tried to use it in Sengkang — alluding to his team’s defeat in Sengkang.

Besides the calligraphy, the staff at Woodlands Bus Interchange also gave Mr Amrin a card filled with their well wishes. 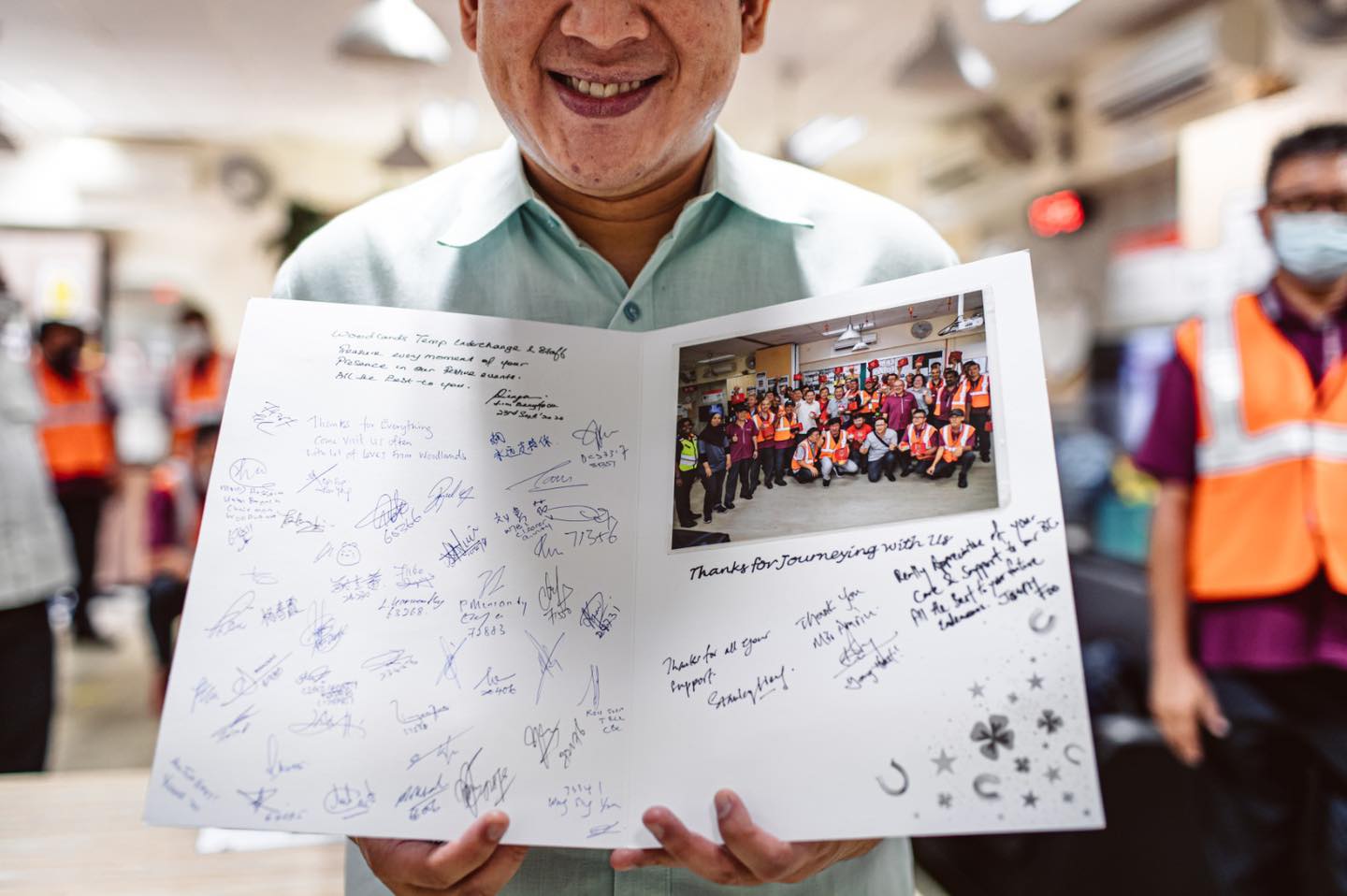 They also took the opportunity to celebrate the upcoming Mid-Autumn Festival with Mr Amrin by sharing some mooncakes. 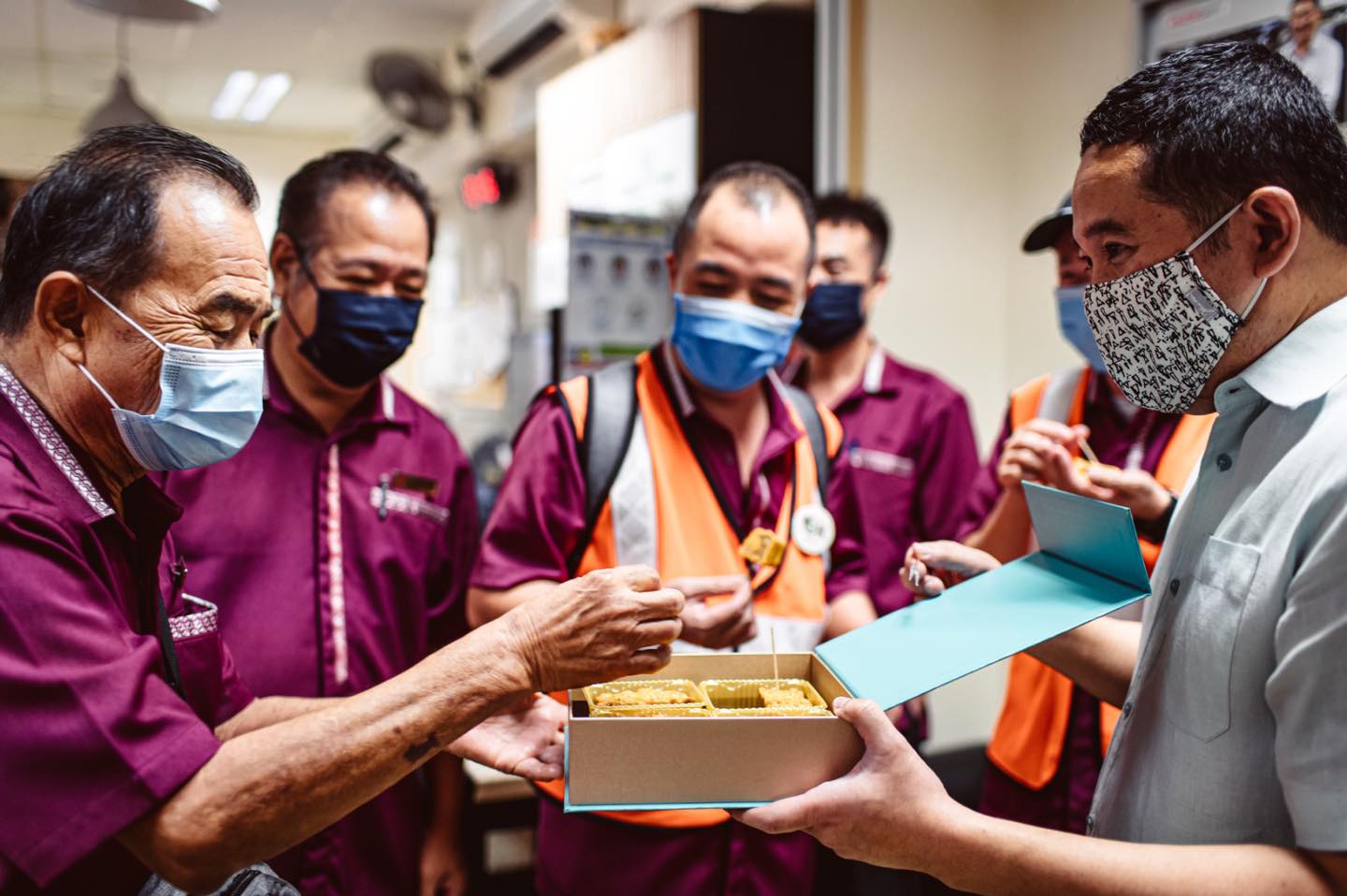 It was smiles and mooncakes all around as they bade farewell to their former MP of 5 years. 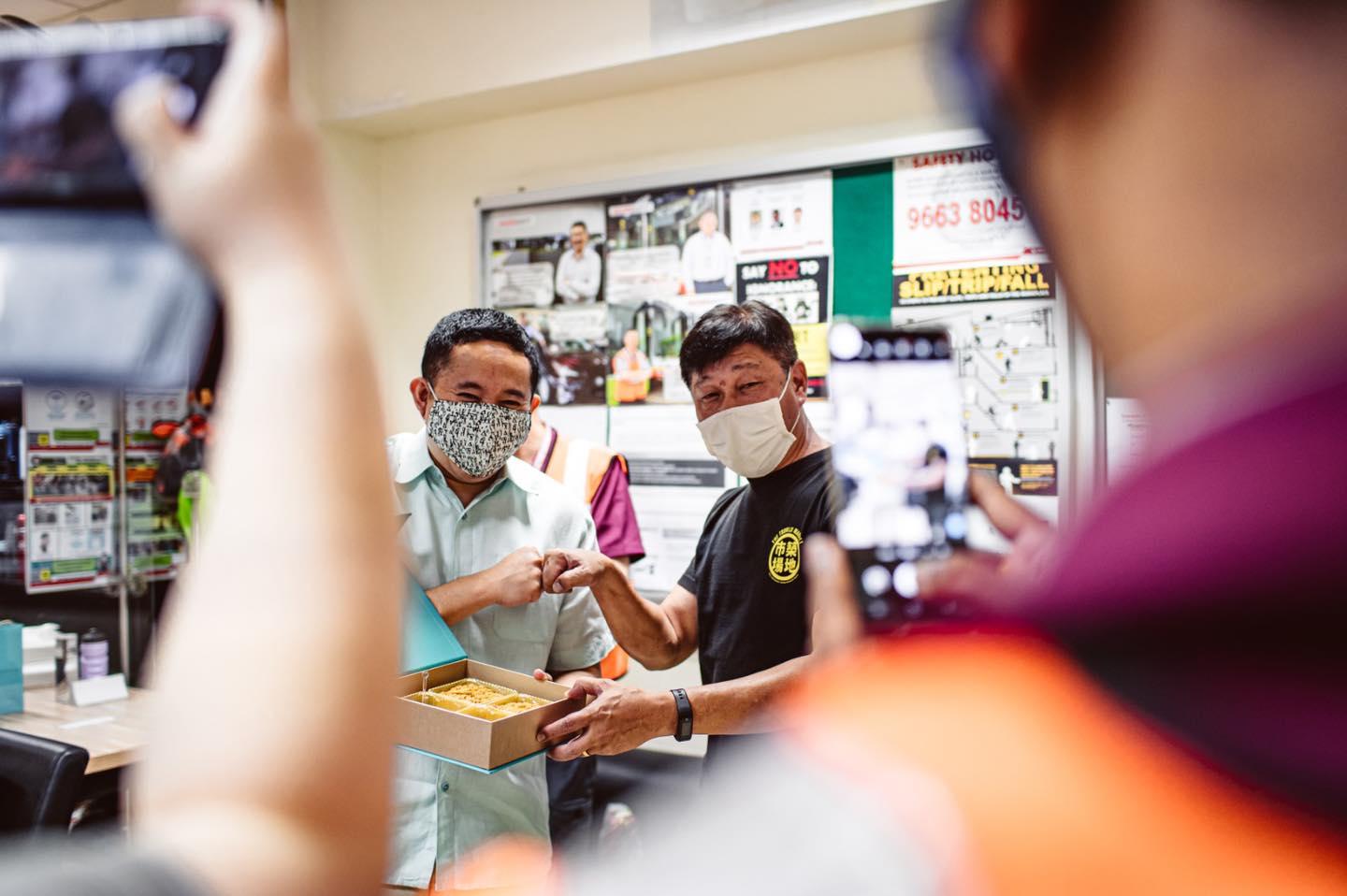 From the well wishes that were penned down to the camaraderie shown, it’s evident that Mr Amrin will be dearly missed by the staff. 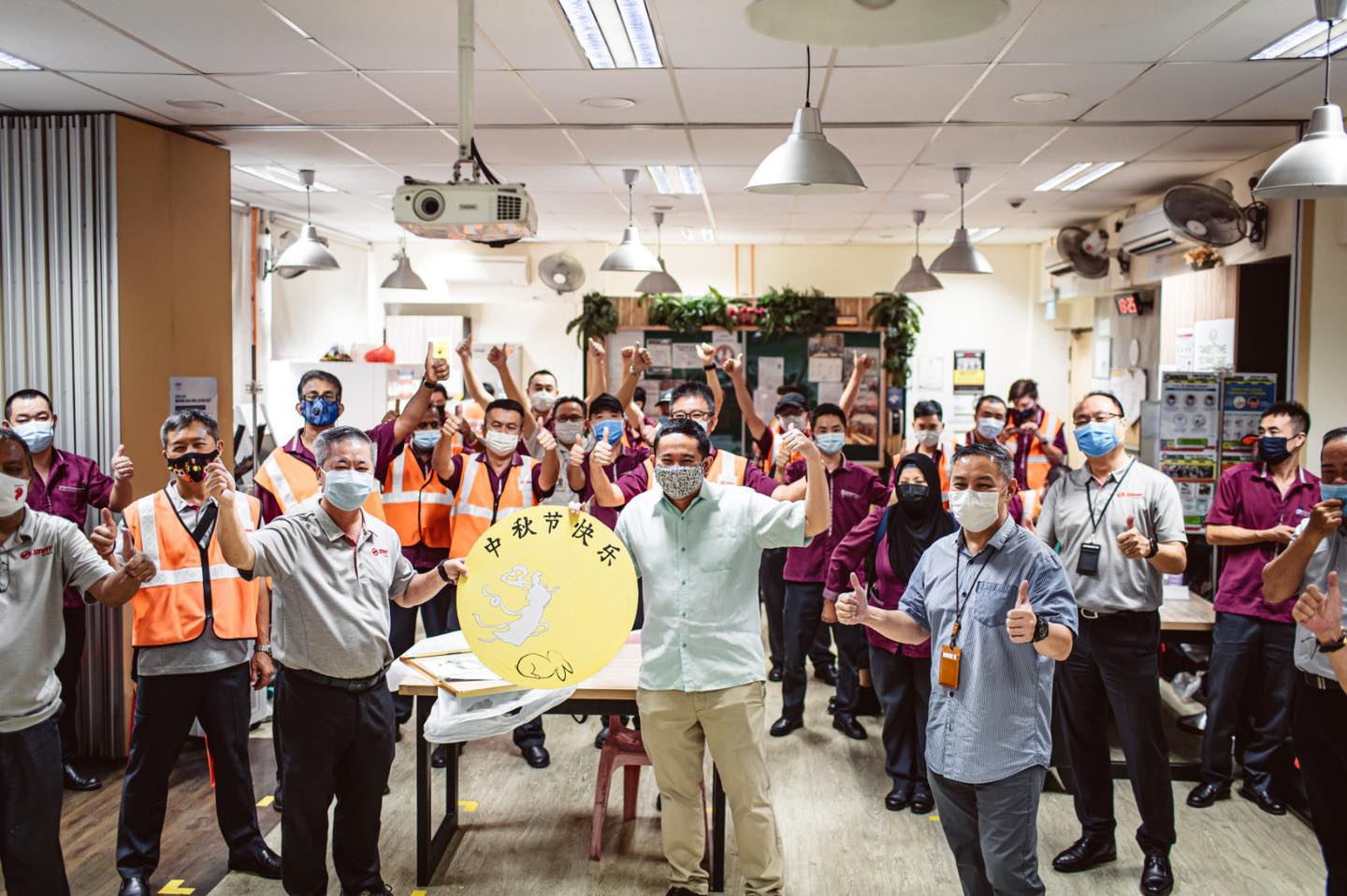 That’s not all — one of the bus captains also left a heartfelt comment on his Facebook post, thanking him for the wonderful memories he shared with them.

He obviously holds Mr Amrin in high regard, saying the former MP was more like a brother watching over his siblings.

He even said he won’t ever need to worry about chasing after the bus in Woodlands, as it’ll be an honour for them to wait for him to board. A testament to his impact

Going by their heartwarming gesture, it’s clear that Mr Amrin is well-loved by the bus captains and staff at the interchange.

It’s a testament to all the effort that he put in to bond with the people in his former ward that though he may not be their MP any more, his past contributions will be fondly remembered.

From MS News‘ interview with him in 2015, he also struck us as a inspiring and passionate guy, so we’re glad that our impressions of him were right and he struck a chord with his residents in just 5 years.