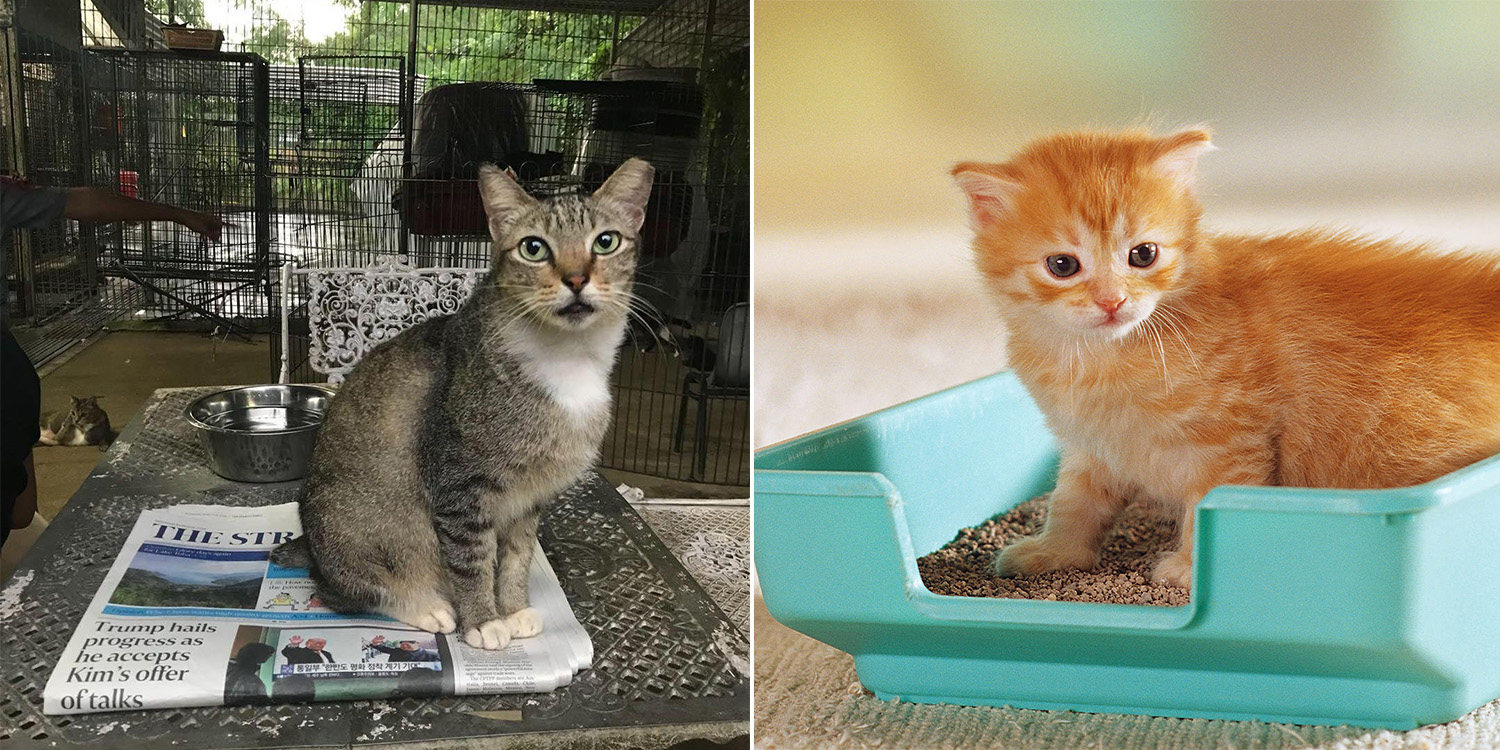 Newspapers hold a myriad of uses in Asian households besides getting our daily dose of the news. For example, we can recycle them for cleaning windows or laying out dinner.

One other underrated use of newspapers is for your cat litter boxes. That’s right, newspapers aren’t too expensive and we can save on cat litter that way.

An animal shelter in Singapore, Animal Lovers League (ALL), is hence looking for old newspapers to use for cat litter. 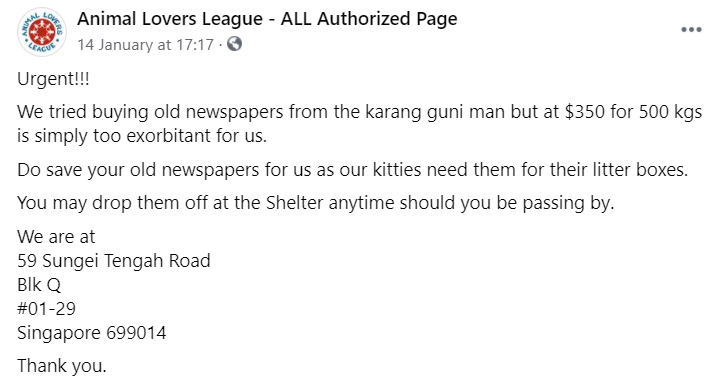 You can drop them off at ALL’s location in Sungei Tengah Road — if you’re passing by.

ALL said on 14 Jan that they’re urgently seeking old newspapers.

This apparently followed an attempt to purchase 500kg of newspapers from the karang guni man, but they were quoted $350 for that quantity.

Unfortunately, this was in excess of what ALL could afford, so they called on the public to donate their stacks of newspapers. 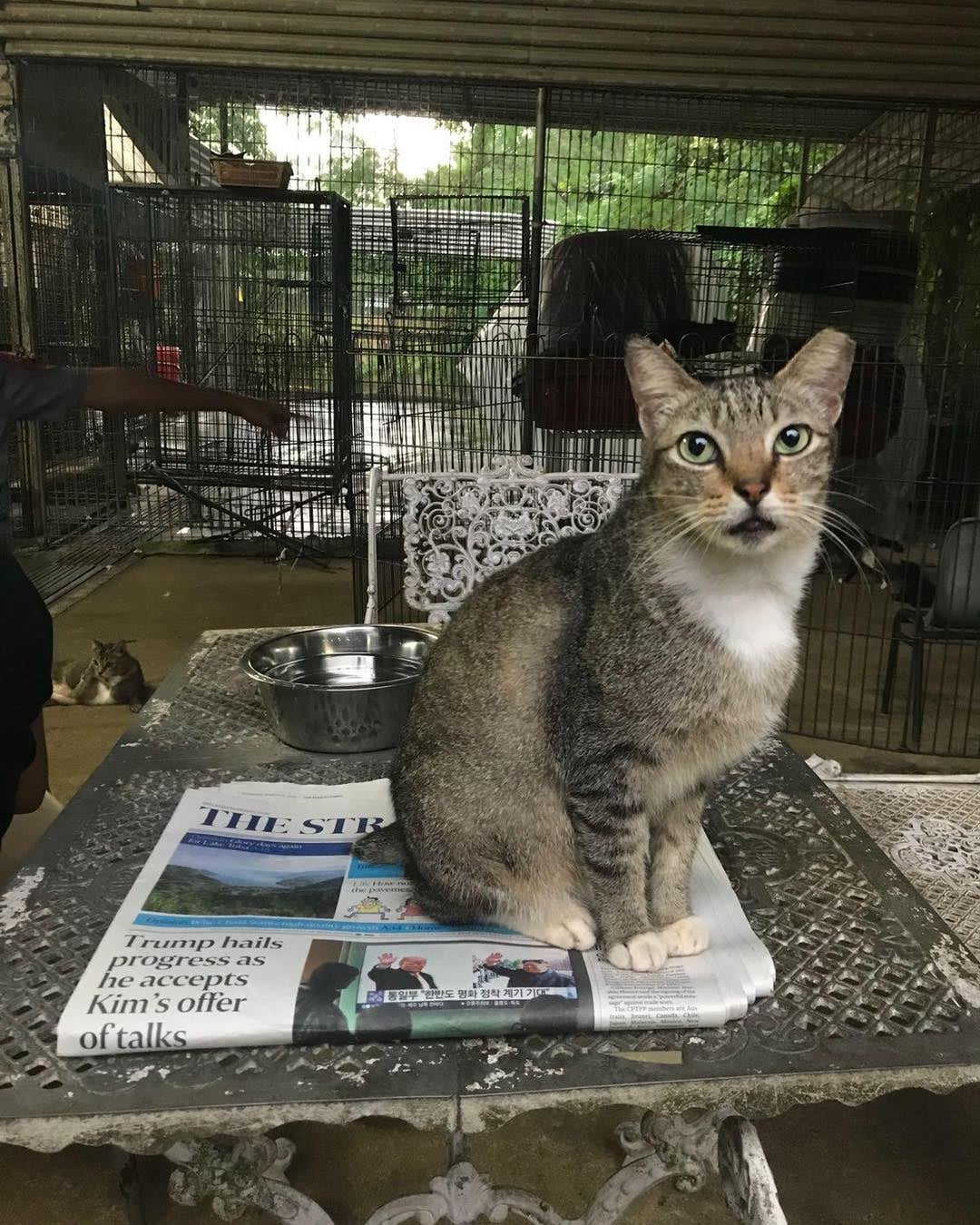 Newspapers are an inexpensive use for litter boxes and you can contribute to the kitties’ welfare while recycling your old broadsheets.

An update to the post by a netizen, Ms Yeo, shared that ALL is also looking for old pillows in addition to newspapers. 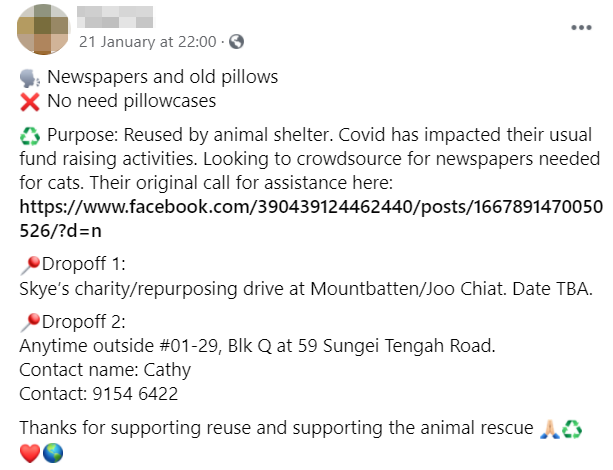 However, Ms Yeo said that they won’t require pillowcases with the old pillows.

Those keen can head to the drop-off point at ALL’s address, or Ms Yeo’s charity drive, the date of which will be announced later.

As ALL has been impacted heavily by the pandemic, they can use any help in taking care of their rescued animals.

Currently, they’re unable to do most of their conventional fundraisers.

Donating your old newspapers and pillows is thus one way you can help them out. It’ll also be a nice way to get rid of your newspaper stacks.

You can drop them off at any time outside ALL’s premises.