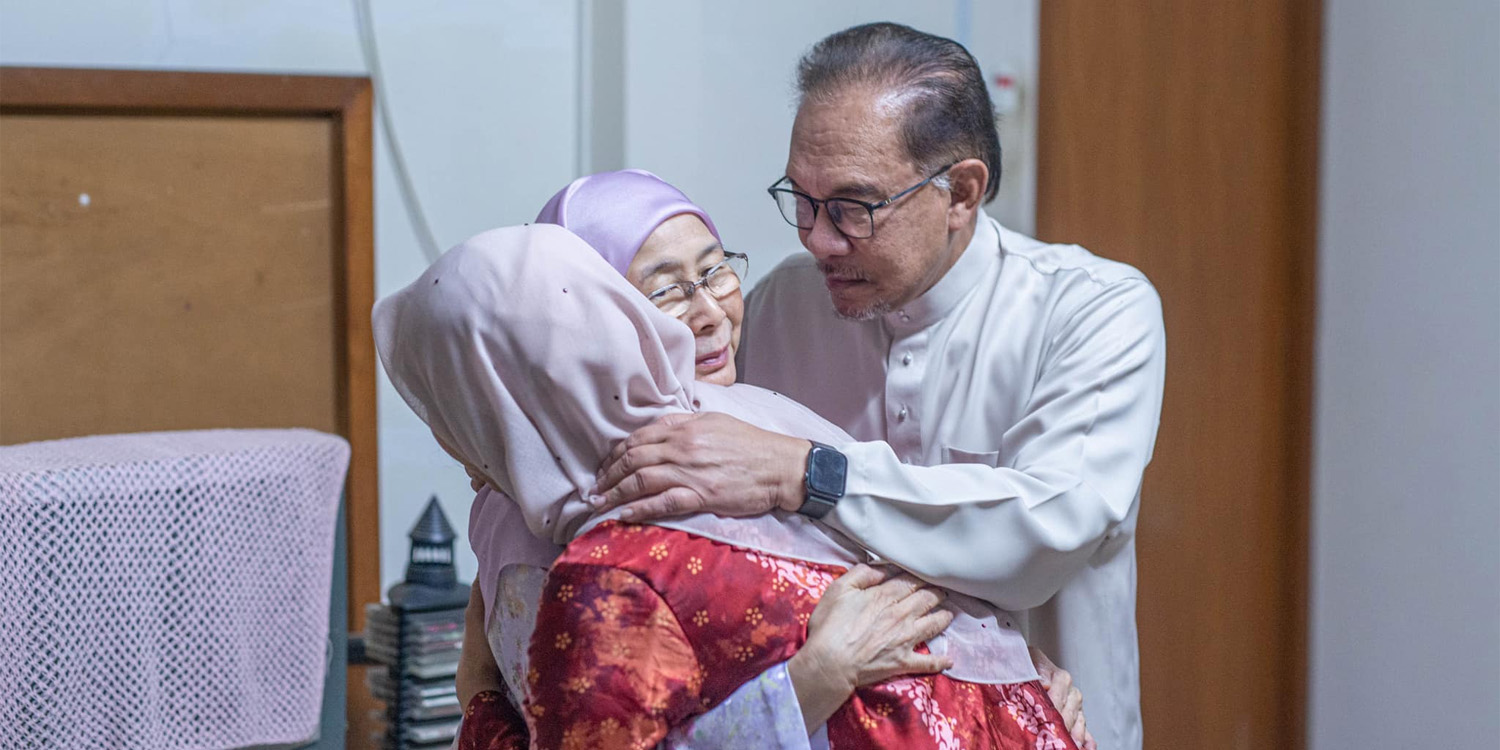 "The little boot is gone," she said.

In a poignant post on the social media platform, she detailed the hectic nature of the past few months due to GE15 and not being able to hug her parents since November.

She also took the opportunity to share some words of advice on healing and moving on.

Posting on Facebook on 24 Jan, Ms Nurul Izzah summarised the difficulties of the past few months after Malaysia’s 15th general election.

Attaching a picture of her hugging her parents, she said: Their family had been through much together, she added, from finishing their campaigning, contracting a second round of Covid-19 and receiving news of her pregnancy.

Ms Nurul Izzah had been busy with managing new tasks, going back to Penang and then Putrajaya when the miscarriage occurred.

“The little boot is gone,” she said.

Ms Nurul Izzah then said she has found solace following the tragedy.

“I think about all the women who went through the same episodes and experiences, even though their individual paths are different,” she said.

For those who had also been through such a loss, she offered them her “doa” and a reminder that life still carries on.

“And the splendour of joy and happiness — it lurks in every corner – whether it’s the smiles of Safiyah, Harith and Yu Zhou – or in the warm embrace of my own papa and mama, every moment counts,” she added.

Healing is a journey – and if you need to take some time to breathe in the moment – just do it; before the next chapter in life begins anew.

She was previously married to businessman Raja Ahmad Shahrir Iskandar Raja Salim. They have two children together, Raja Safiyah and Raja Harith. Yu Zhou is Yin’s son from his earlier marriage.