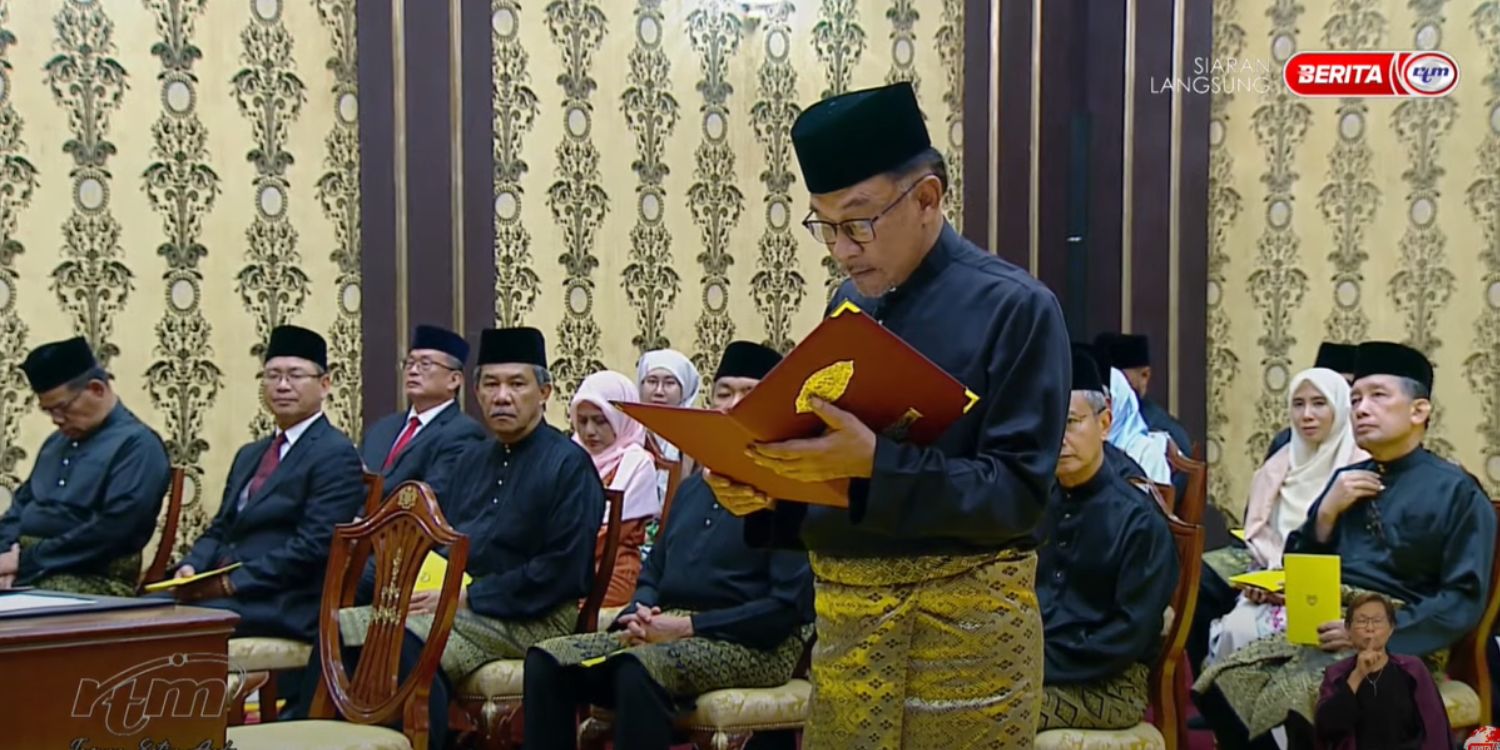 He will be holding a press conference later on.

This came just hours after the 75-year-old was appointed to the country’s highest office by the King. Dressed in navy baju Melayu and a gold sampin, Anwar took his oath of office before the King, Sultan Abdullah Ahmad Shah.

He was accompanied by his wife, Wan Azizah Wan Ismail, and six children, including former MP Nurul Izzah.

The ceremony saw the attendance of many top officials, such as the chief justice, attorney-general, and leaders from Pakatan Harapan and Barisan Nasional.

He has been tasked with creating a functional unity government, where the coalitions must represent all races, religions and regions.

Read about his first conference here:

PM Anwar Promises A M’sia For All M’sians, A Country Free Of Corruption