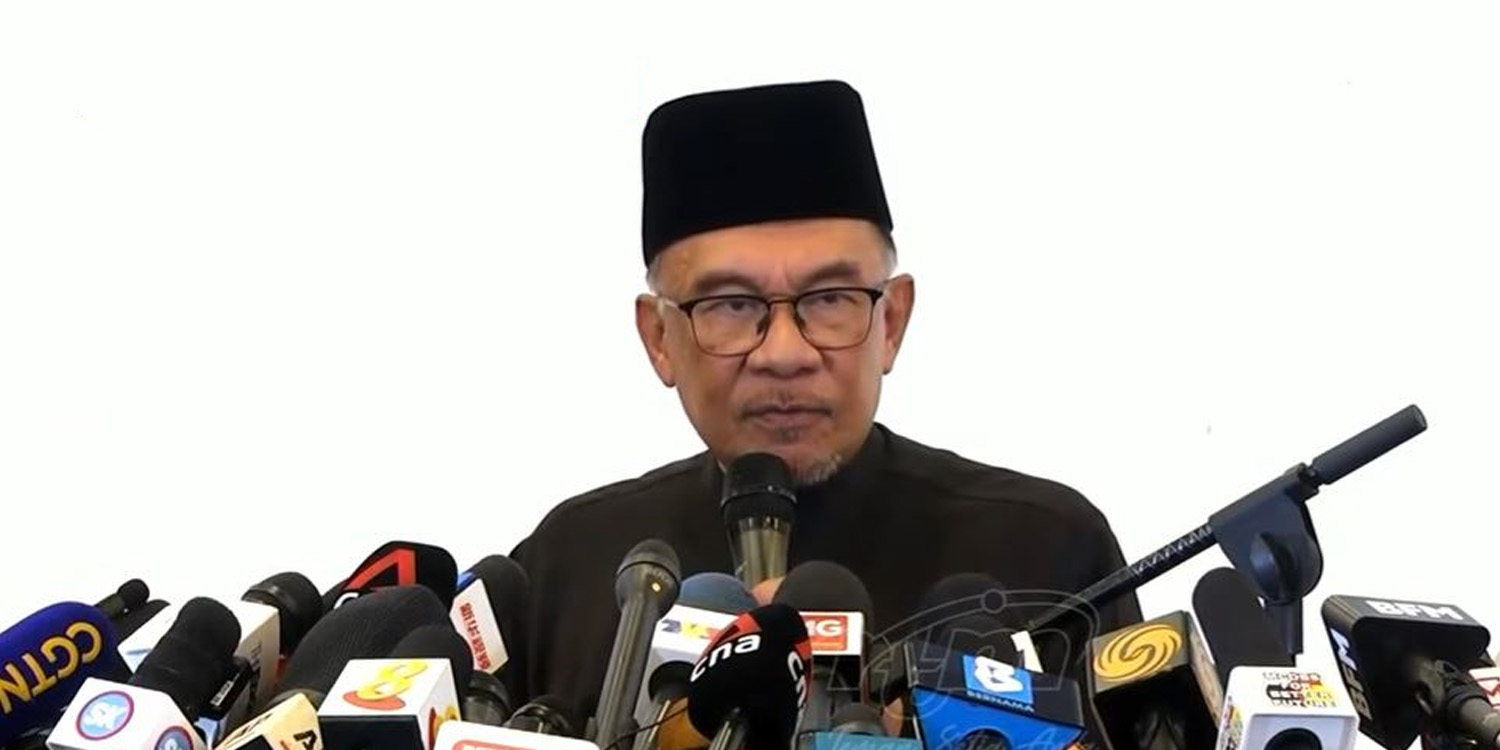 Anwar Ibrahim Speaks At His First Conference As Prime Minister

Hours after being sworn in as Prime Minister of Malaysia, Anwar Ibrahim addressed the media for the first time at a 9pm press conference.

Setting the tone that change is long overdue for the country, Mr Anwar promised to protect the sovereignty of Malays, ensure good governance with no corruption and, above all, build a Malaysia for all Malaysians. 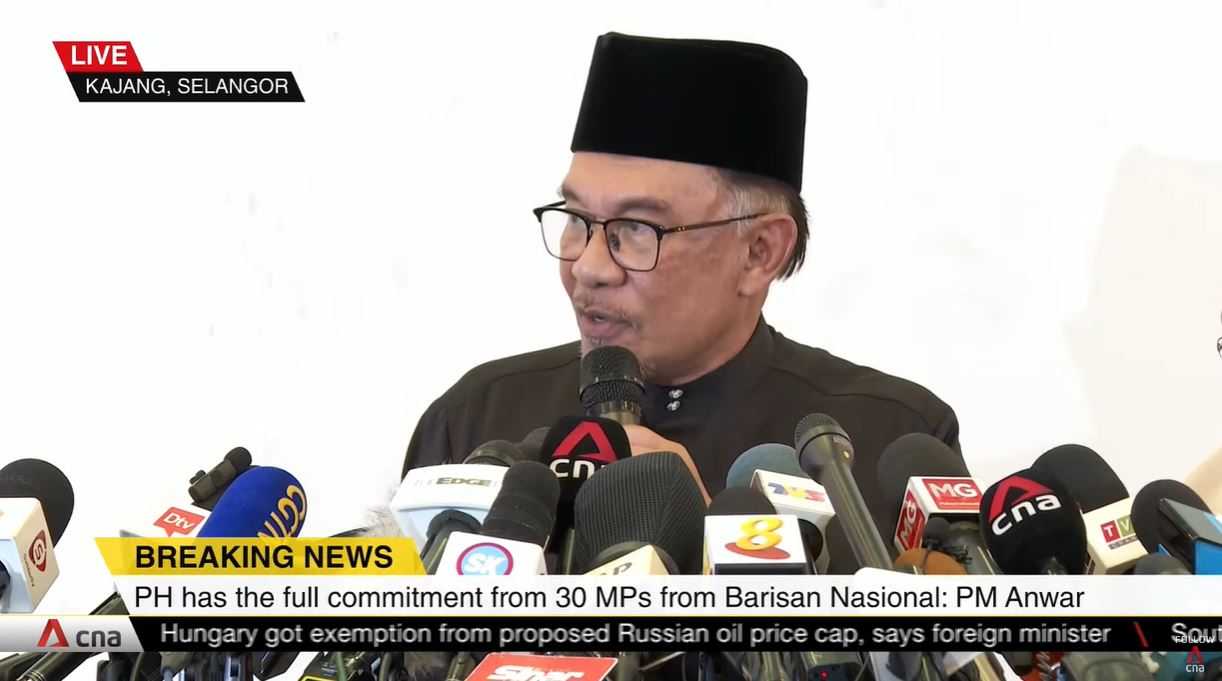 Here are the highlights of his maiden conference.

Mr Anwar revealed that the three major parties of his unity government are Pakatan Harapan, Barisan Nasional, and the Sarawak coalition of political parties.

“So we have a convincing majority,” he assured.

However, he did not rule out the possibility of other factions joining, casually extending an invitation to rival coalition Perikatan Nasional (PN).

We want to ask PN if they are ready to join us in this unity government.

With regard to PN leader Muhyiddin Yassin asking him to prove he had the majority of the MPs’ support, Mr Anwar noted that during the next Parliament sitting on 19 Dec, the first item on the agenda would be to table a motion of confidence to prove his legitimacy in the House.

He stressed that the unity government would ensure the harmony of all citizens. And more importantly, he vowed not to compromise on corruption.

“Let us now focus on the economy and do whatever it takes to revive it so that the welfare of the rakyat and the marginalised will be protected,” he said.

DPM to be decided soon

Asked if he would accept the salary of Prime Minister, Mr Anwar said he would not, reiterating his stance announced in an earlier speech on 14 Nov, where he said he would be ashamed to take home RM80,000 when people he had visited found it challenging to get RM400 a month.

Asked again who would be named deputy prime minister, Mr Anwar cheekily said, “When I have decided, I will inform you.”

He also declared next Monday a public holiday.