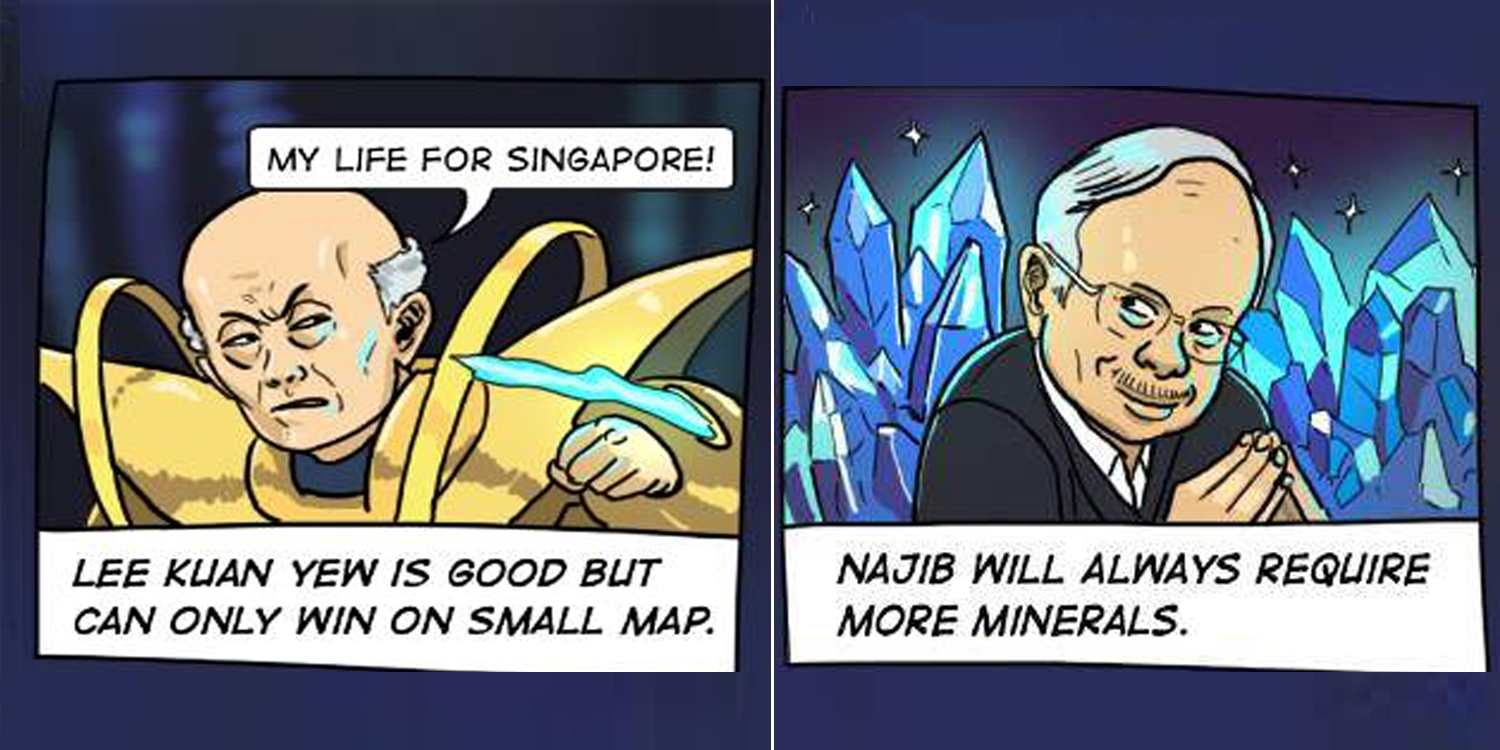 A clever artist has found a creative way to help Singaporeans get to know ASEAN leaders in the region better — by comparing them to StarCraft characters.

On Thursday (20 Dec), this hilarious comic entitled ‘Politicians and their StateCraft’ was uploaded onto a Facebook page named A Good Citizen.

Here’s the wacky comic strip in full. We bring you through each panel after the jump. 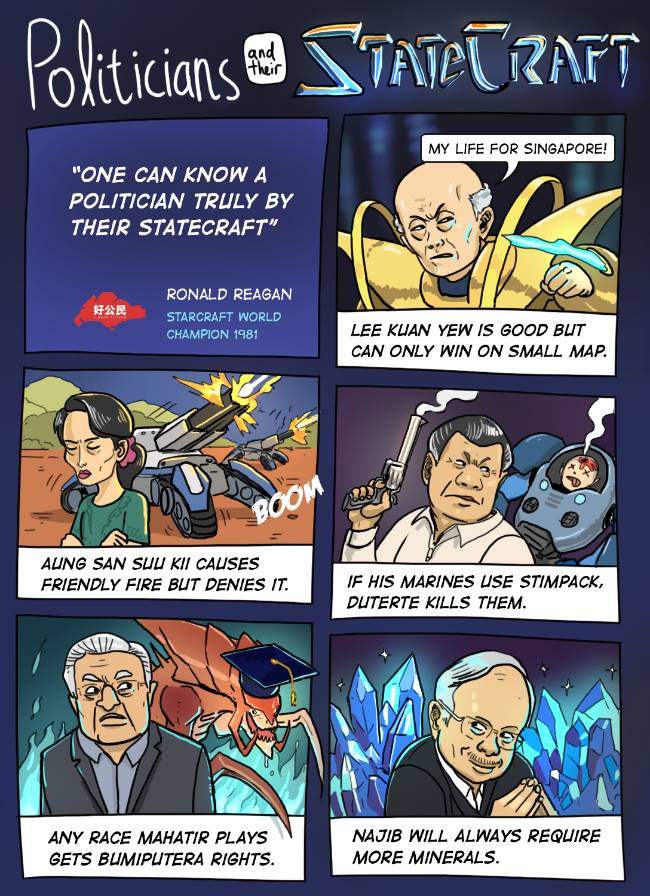 First on the list? The founder of Modern Singapore, Mr Lee Kwan Yew.

The late Mr Lee was compared to a Protoss Zealot. In game, Zealots produce the audio “My Life For Aiur” when you move them around. Aiur is the home planet of the Protoss race and Zealots are known to patriotically sacrifice themselves to protect their home.

If you ask us, that’s a rather accurate reflection of the late Mr Lee, who would do anything for his country. 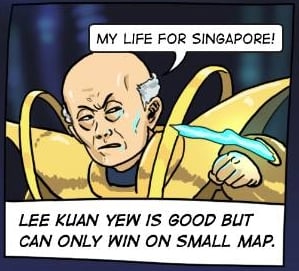 In Starcraft, some maps are certain races advantages. A big map favours a Zerg race player. The comic artist also cheekily hinted that Mr Lee can only win on small maps — or bring success to a small country like Singapore.

Not sure about that, but we’re truly thankful for all his contributions.

Next up on the list is Myanmar’s leader Aung San Suu Kyi, depicted as a tank commander. 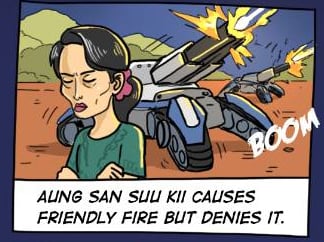 Tanks in StarCraft produce splash damage that can kill your own units. So friendly fire is at times unavoidable, or at times even done deliberately to eliminate hidden units when a player doesn’t have detection.

This was presumably the artist’s way of drawing a parallel to the Rohingya conflict in Northern Myanmar.

Philippines’ President Rodrigo Duterte, famously vowed to exterminate all drug addicts in his country, even if that meant killing everyone involved. 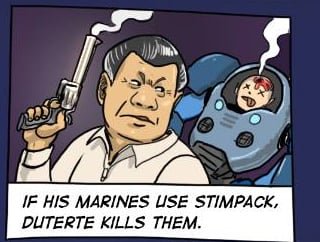 A Stimpack is a fictional drug in Starcraft. Whenever units use them, they trade health points in return for faster movement and attack rates.

Given his brutal track record with drug dealers, we strongly advice against using any drugs if Mr Duterte is in charge. Don’t say we didn’t warn you.

Malaysia’s Prime Minister (PM) Mahathir was next. The 92-year-old is renowned for expanding the bumiputera policy – which benefits native Malays in Malaysia – during his first stint as PM. 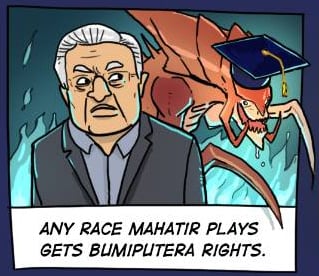 Some races in Starcraft have inherent advantages. So it shouldn’t surprise anyone if the race he plays in StarCraft has some special bonus traits.

Saving the most hilarious for last, the artist chose to portray ex-Malaysian PM Najib Razak as a mineral-loving character. FYI, minerals are akin to money in the game. 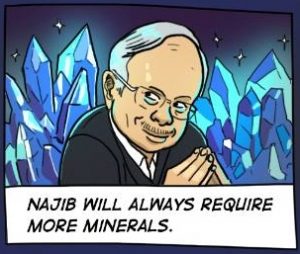 If you don’t have enough money in game to buy something, the audio “we require more minerals” plays.

The caption cheekily hints at Mr Razak’s recent 1MDB scandal, which landed him in trouble with the anti-graft agency.

Do you agree with the artist’s impressions?

StarCraft players, do you agree with the artist’s impressions of these ASEAN leaders?

Are there other leaders that you’d like to see compared to game characters?