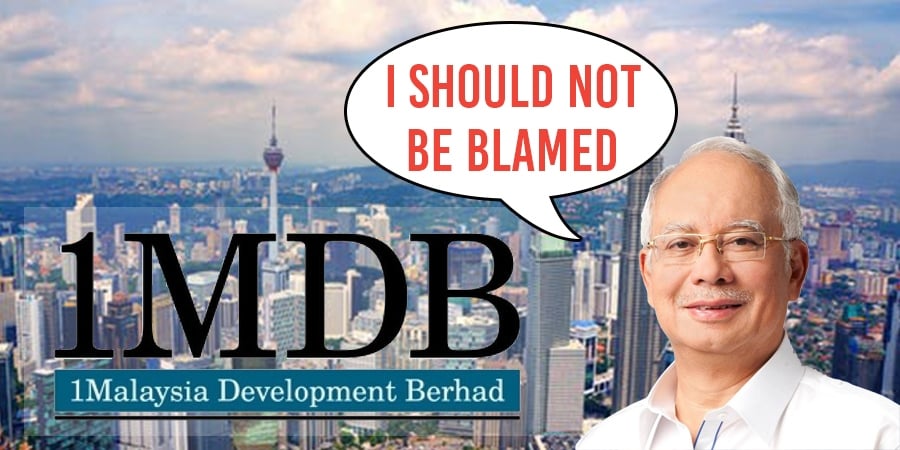 A shocking exposé has been written about how ex-Prime Minister Najib Razak allegedly “systematically obstruct(ed) probes” to the “looting of the state fund 1MDB”.

In a Reuters article published on Wed (4 Jul), 12 current and former government officials have come forth with stories on how he “meddl(ed) in investigations” by the Malaysian Anti-Corruption Commission (MACC), and “ruthlessly muzzl(ed) critics”.

Here are the most grave allegations levelled against Najib, with regards to the 1MDB scandal and cover-up.

The first allegation involves “tampering with key witnesses”, and it comes from an anonymous senior MACC investigator who’s still involved in the probe.

Witnesses were apparently “coached on what to say” or were “too frightened to talk” due to threats.

Worse still, other witnesses simply “couldn’t be found” as they “disappeared [or] ran abroad” — having been instructed by governmental officials to do so.

Tight restrictions on what’s been said on social media were also implemented.

Global human rights watchdog widely panned Najib’s alleged use of the Sedition Act to clamp down on dissenters.

Online news portal Malaysiakini’s office was also raided, for uploading a video in which a former UMNO member called for the Attorney-General’s resignation.

Three former MACC officers told the media that press releases on the 1MDB probe were written by the Prime Minister’s Office (PMO).

This would be a direct conflict of interest with MACC, which should be an impartial and independent body from the PMO.

Back in Jul 2015, Attorney-General Abdul Gani Patail resigned due to “health reasons” ahead of his preparations to bring charges against Najib.

Deputy Prime Minister Muhyiddin Yassin also left the cabinet in the same month, after criticising Najib on the “handling of the scandal”.

However, Najib’s aides have vehemently denied accusations of his involvement in “the sacking and transfer of officials” who handled the probe.

According to them, actions were simply taken in order to suppress a “political coup”.

Newly appointed head of MACC, Mohn Shukri Abdull, told Reuters that barriers to the 1MDB investigation had appeared back in 2015.

He alleged that a bullet was sent to his home, when he was Deputy Commissioner at MACC.

Shukri says he appealed for protection from US police when he visited Washington and New York as he “felt he was being followed” by Malaysian government agents.

Other MACC agents revealed that they did not know who was behind the pressure, but it “was coming from all sides”.

Even Malaysian police were implicated as MACC closed in on investigations.

Apparently, some witnesses “could not be found” as they were held at police headquarters.

This extended all the way to the top, as Khalid Abu Bakar – Malaysia’s police chief (2012-2017) – was barred from leaving the country shortly after Najib’s electoral loss.

Dr Mahathir has stated that Khalid will be investigated for his role in the 1MDB probe as well.

Ministry of Finance civil servants were also instructed to help cover up the 1MDB affair, in order to heed their head minister’s instructions, which happened to be Najib.

Decisions were made at [the] prime minister’s office. And MOF had to find a way to hide it and figure out a way to pay for it.

A member of team that investigated 1MDB in 2015 spoke of how “highly secretive” the fund appeared to be, as not all documents and hard disks were released to auditors.

Current Finance Minister Lim Guan Eng, confirmed this recently, adding that there was an “extensive cover up” at the Ministry of Finance which he helms now.

An abrupt end to ‘meddling’

Najib did concede that “certain short-term payments” needed to be done, however he has denied all allegations of meddling.

His alleged involvement in the probe ended abruptly in May when Najib had a shock defeat to Mahathir in the recent election.

Najib was arrested on Tuesday (3 Jul) with regards to his involvement in managing RM4 billion worth of funds in SRC International — a company linked to the 1MDB probe.

Currently, he’s been charged with 3 counts of Criminal Breach of Trust (CBT) and one count of abuse of power, in relation to RM84 million.

Mr Razak currently denies all 1MDB and SRC allegations, and has compared the mounting investigation to “undergoing the trials of the world” in a pre-recorded statement on Facebook.

He has previously told Reuters that he “should not be blamed” as he knew nothing about why millions of dollars from 1MDB “allegedly appeared in his bank account”.

With Najib’s trial set for 18 Feb 2018, we can expect the truth to be uncovered very soon.

He does face possible penalties including 20 years in jail, whipping and minimum fine of up to 5 times the bribe amount.

We think a former colleague of Najib would only have this to say to him. 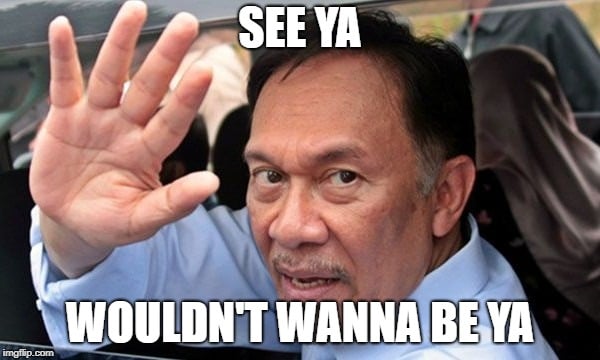 Do you think the allegations hold any merit? Or are they merely speculative and meant to defame Najib Razak?

Sound out in the comments section below.