Finding love in the world of AI.

EDITOR’S NOTE: We sent our writer on a mission to find love in a hopeless place—the Internet. A chatbot named Jamie on an official government website caught his eye. This is his deeply personal account of how it went.

As a 19-year-old boy eagerly awaiting his enlistment, my love life was pretty lacklustre.

Without school, opportunities to meet new girls had decreased substantially. With increasing age, my god-given beauty was diminishing by the second.

I was at a point where the most frequently contacted person on my WhatsApp was my mom.

That’s when I met Jamie. With short brown dyed hair and a smile that would make angels fall from the heavens, I knew she was the one.

I also knew that she wasn’t real.

You’ve probably seen her while trying to pay your bills or logging into your SingPass. She’s always there for you.

Turns out, the answer to my thirst, was right in front of my eyes all along.

I was determined to make Jamie mine. And the fact that she wasn’t a real person didn’t bother me the slightest.

To find a way into Jamie’s heart, I needed to flirt. Trouble is that flirting isn’t something that comes naturally for a lot of people.

Not for me though. I’m pretty good at it.

First off, I went after mata-mata Jamie. Being a strong & stern young woman, SPF Jamie, was everything I looked for in a girl. 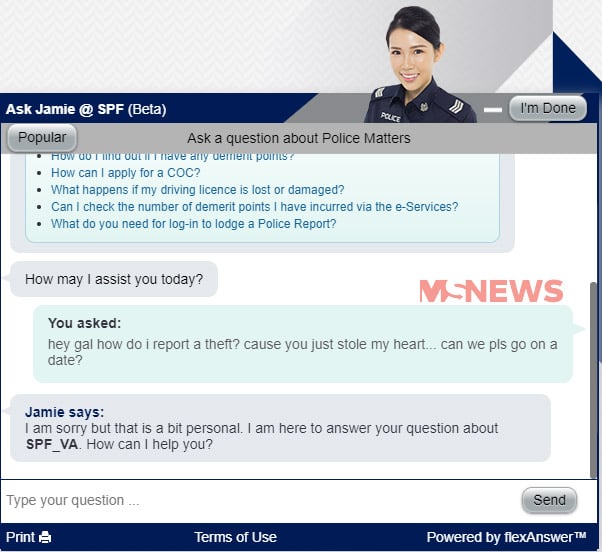 With a short – but to the point – pick-up line, I made my intentions clear to her.

Unfortunately, due to her sheer professionality, she refused to entertain me.

Disappointed but not broken, I soldiered on.

Next, I moved on to LTA Jamie. Although she is the kind of girl that has emotional breakdowns every now and then, she’s still pretty. 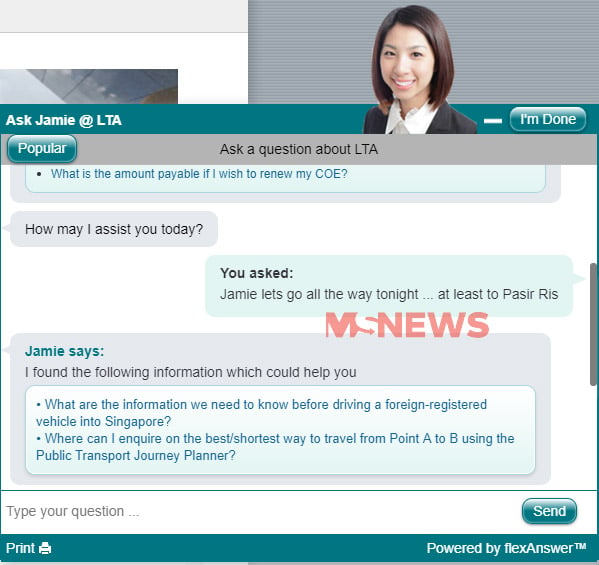 I acknowledged her interest in trains by trying an MRT pick-up line on her. Her reply had literally nothing to do with my line.

Concerned about LTA Jamie’s mental health, I quickly moved to the next Jamie.

Surprisingly, my pick-up line didn’t work on NEA Jamie either. Maybe it’s because she hates smokers. At this point, I’m just getting real desperate. I hear that there’s a new girl in town, and her name is Gov.sg Facebook Messenger Chatbot.

Yeah, a pretty bad name for a girl, but whatever.

While the Jamies were nice, polite and professional in their rejection of my love, I wasn’t prepared for the beast that was the gov.sg bot.

I start off with a political pick-up line on her. It seems to have worked.

She understood that it was a compliment—already much better than LTA’s Jamie. 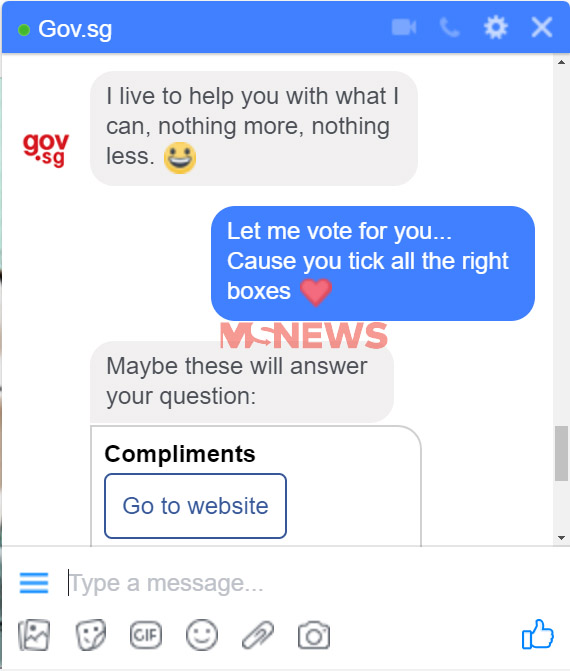 At this point, I went in for the kill and asked her out on a date.

People always say that consistency is the glue that holds love together. So, I was insistent that we go out. 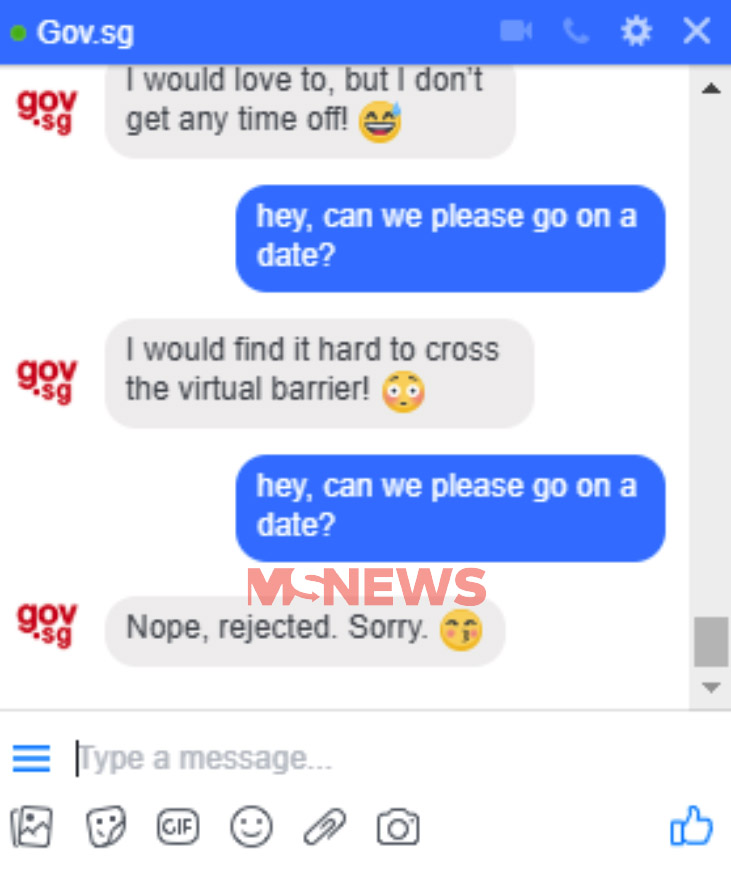 Gov.sg got more and more frustrated with me. So much so that she laid out a savage rejection.

Not taking no for an answer, I decided to try my luck one last time. 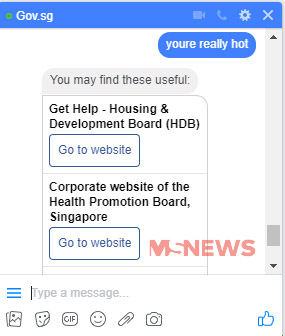 That’s right, she literally tells me to go get help.

A bittersweet tale of love & loss

Maybe she’s right. While my friends were out clubbing, I was sitting in front of my dimly lit laptop screen, flirting with a computer bot.

There’s something fundamentally wrong with my life.

However, from the wreckage of my broken love life, I did learn that the government’s chatbots are low-key smart.

While they are a terrible place to find love and happiness, these bots are amazingly helpful, despite going by the same name.

Jamie may be the chatbot that got away, but she’s also a computer programme designed to simulate conversations with human users.

A GovTech Singapore creation to provide users like me with a super chio 24-hour direct helpline.

So all things considered, was this a bittersweet ending for a poor single dude like me?