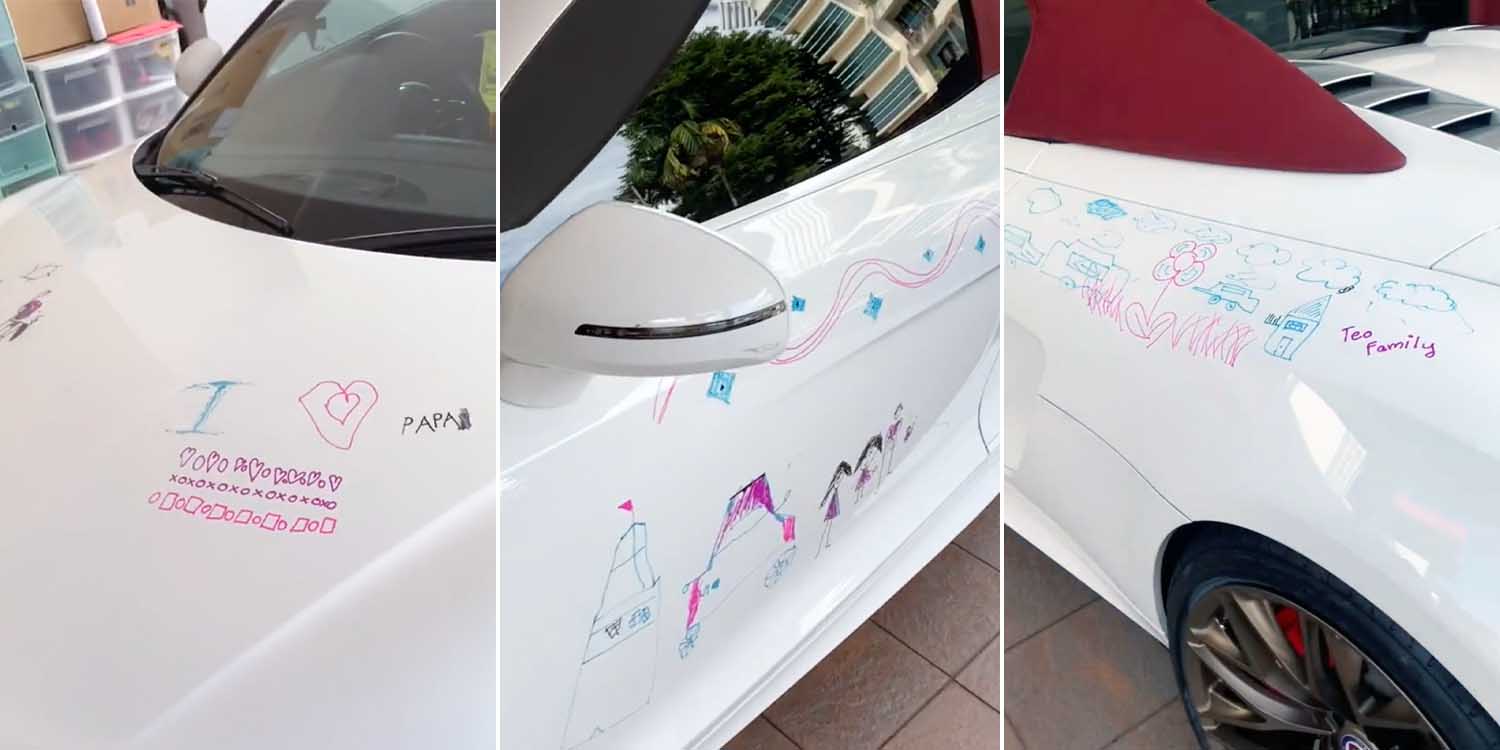 A parent’s love for their child is unrivalled but it can definitely be a challenge to have kids at times.

Many kids love to draw, but sometimes their zealous love of art can lead to them drawing on some inappropriate places.

On Sunday (14 Nov), a man shared a TikTok video of how his kids decided to use his white Audi as an expensive whiteboard, writing and drawing on it.

What happens when you have kids

One of the messages written on the car was ‘I love Papa’, prompting netizens to joke that it’ll be hard for the man to stay mad at his children.

Children love to express themselves by drawing and scribbling around.

But this can sometimes get out of hand as the man found out when his kids left him a ‘masterpiece’ by doodling on his luxury white Audi car.

In the video showcasing his newly decorated car, there were drawings of what appears to be My Little Pony characters on the car bonnet.

We can’t miss what appears to be a doodled Audi logo as well, which oozes big “Audi at home” energy. 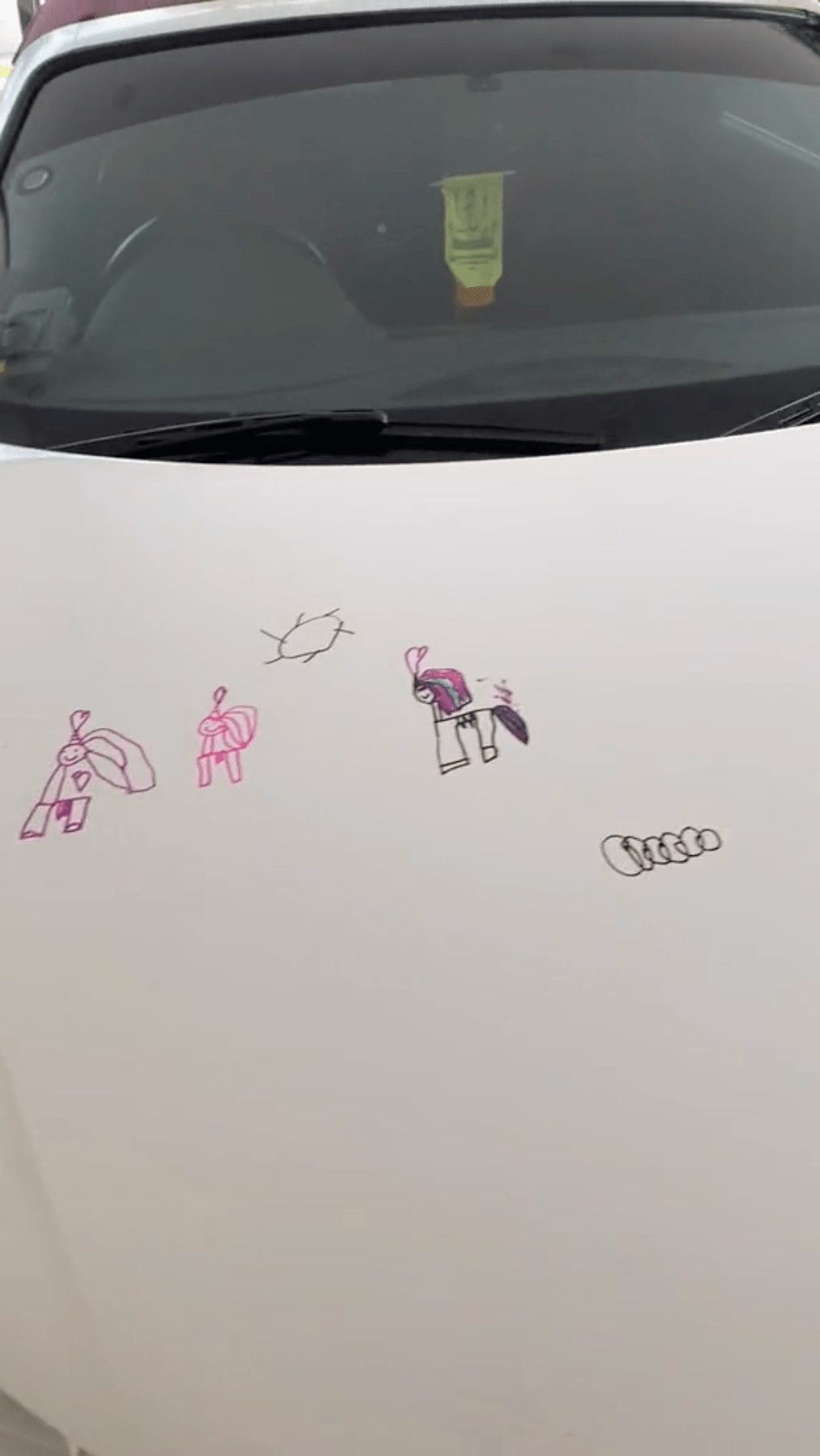 Just beside it, his children left him an adorable heartfelt message that said, “I <3 Papa”. 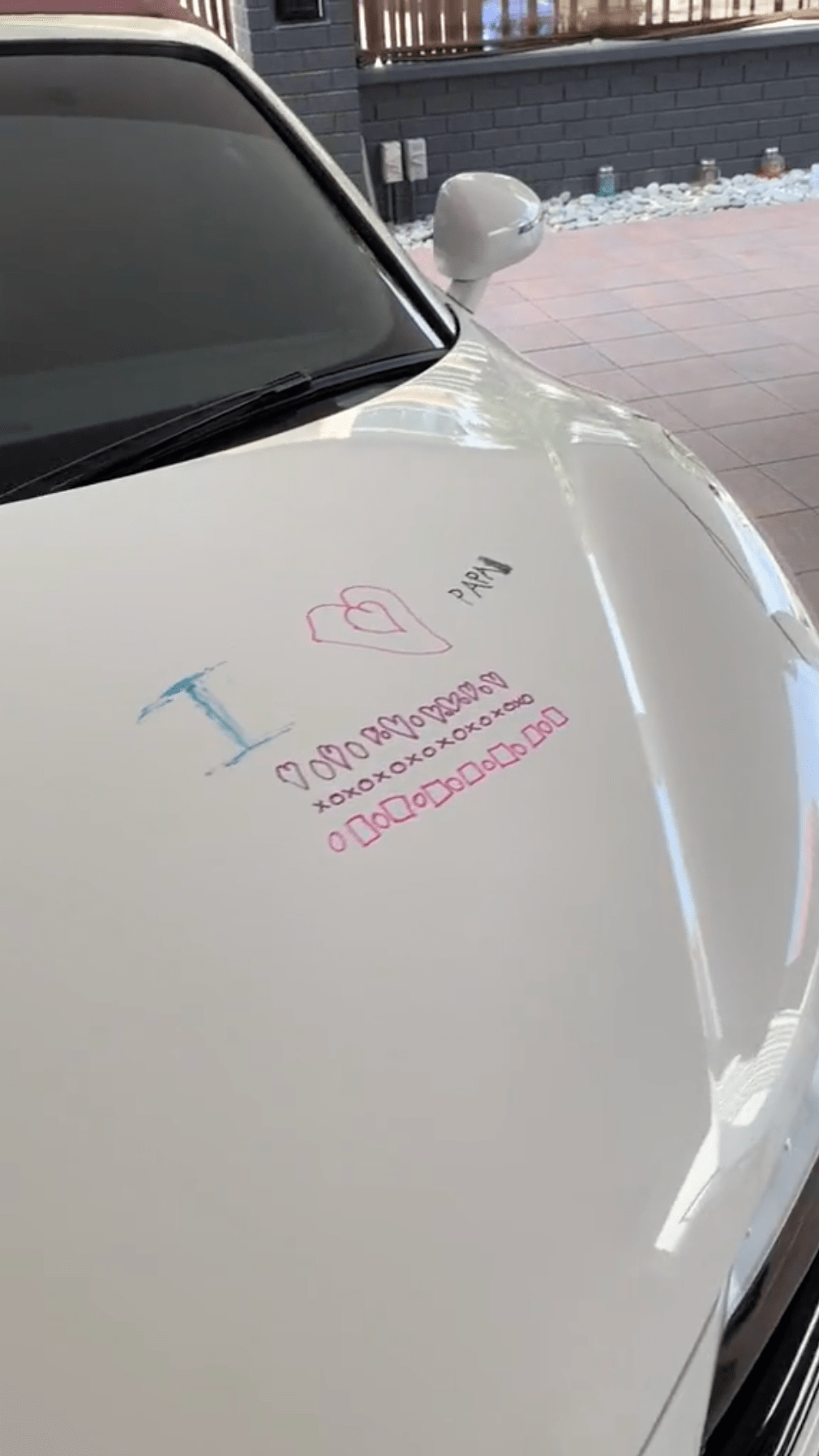 It was even embellished with lots of hearts and ‘xoxo’, symbolising hugs and kisses.

Not leaving out any part of the car, just above the wheel, his kids also drew several patterns in black and purple. 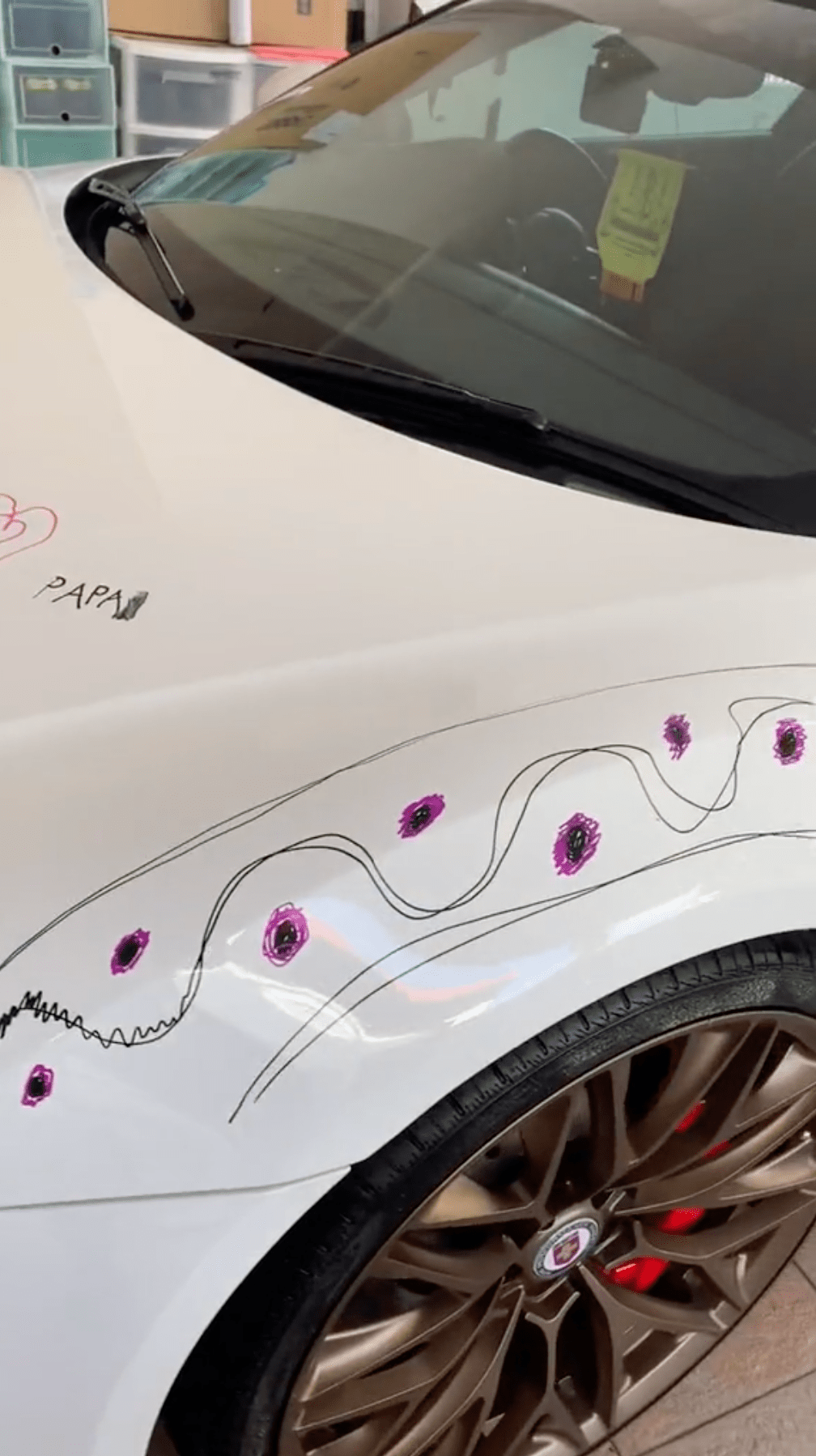 On the side, his children appeared to have drawn a family portrait, complete with a house and funnily — a car.

We assume the car represents the Audi since it’s depicted with the same hood. 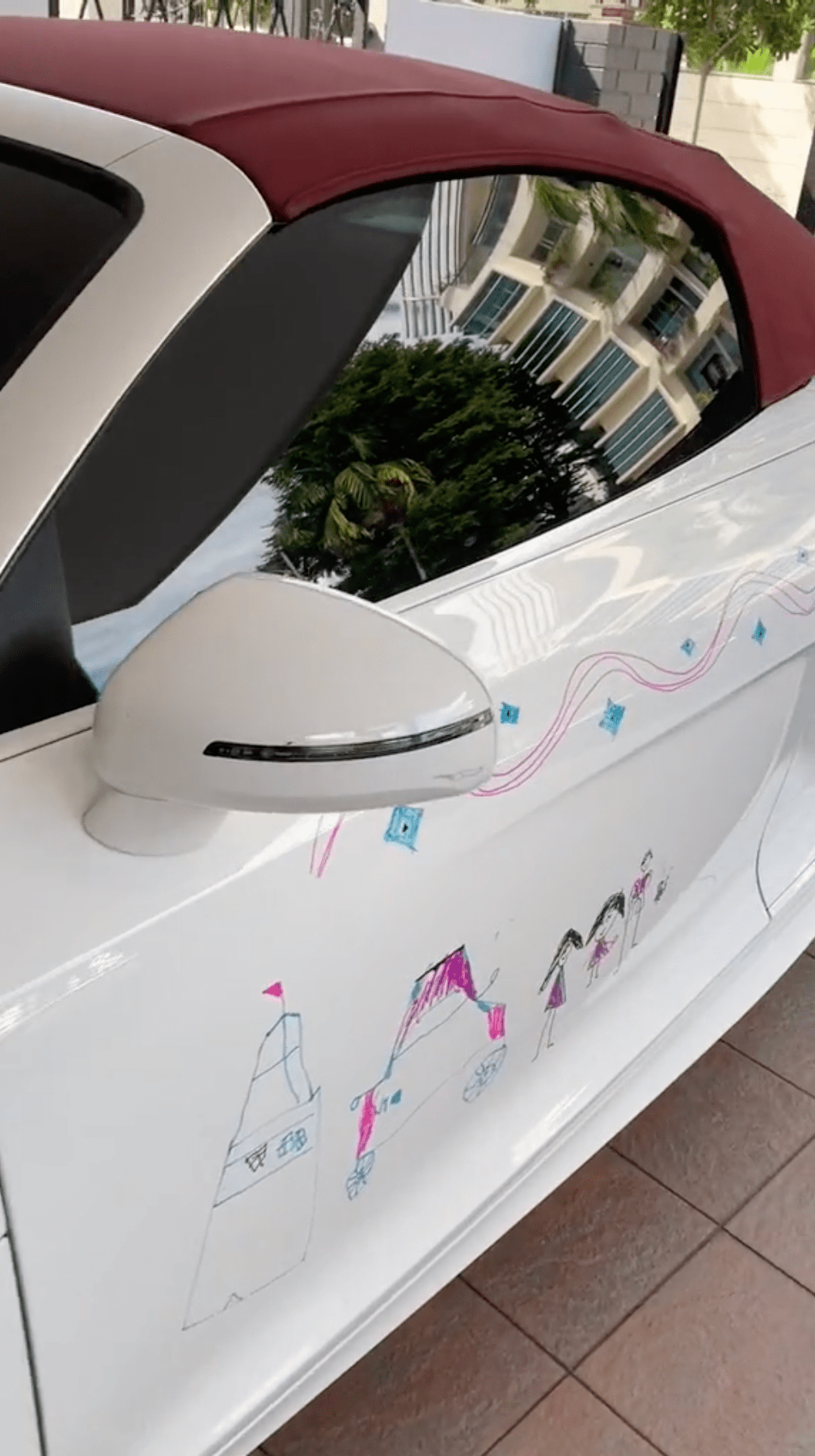 That was not all. Near the back of the car were another drawing of cars, a flower, a house, and some clouds. His children then left a nice finishing touch by writing ‘Teo Family’ to sign off.

A quick look through the man’s TikTok account reveals that he is a car enthusiast, frequently showcasing various luxury cars in his videos.

In this particular video, the man had hilariously written the caption, “What happens when you have kids”.

Many netizens found his children’s heartfelt scribbles funny yet wholesome.

Some said that the ‘custom paint job’ actually looked good and suggested that he kept it that way.

Others joked that with how sweet his children were being through their drawings, scolding them will be a difficult task.

Another netizen said his children really treated his white Audi like an expensive whiteboard, filling it with scribbles and drawings.

We can’t imagine how the man reacted to having his beloved Audi redecorated for him against his will.

But as most parents can relate, children can often be infuriatingly adorable with their playful antics.

One thing’s for sure — this paint job is a priceless one.