Neighbours Argue In Corridor Over Noise From Bird

During the ‘Circuit Breaker’ period, The Straits Times reported that disputes and complaints with neighbours have become more commonplace. This shows that arguments between people confined to small spaces all day, every day are bound to lead to some frustrations.

As such, it was no surprise that a video of 2 neighbours arguing over a chirping bird at their common corridor surfaced on Monday (25 May).

It’s not known if the argument was settled afterwards.

The setting is a common corridor of a HDB flat, the location of which isn’t provided in the video.

From the video, we can see that a chirping bird in a cage seems to be the source of frustration for an auntie.

She comes out of the flat to take either pictures or videos of the bird, perhaps to make a complaint. 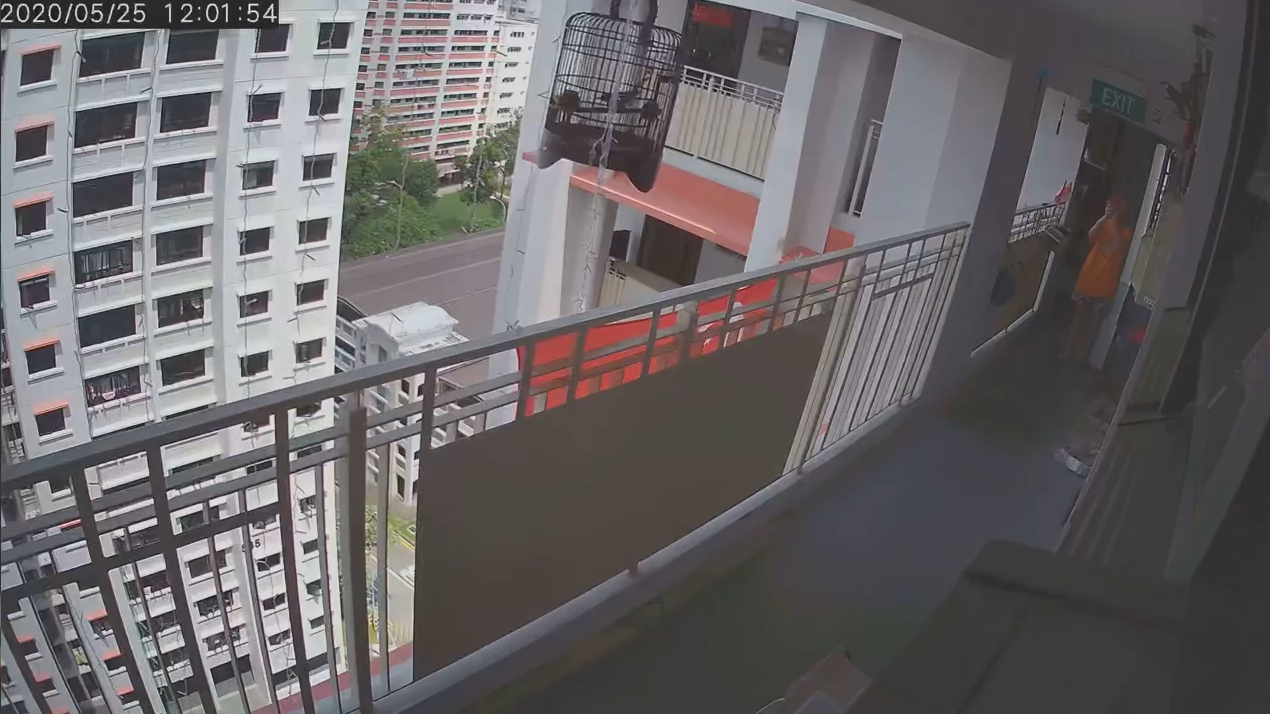 The owner of the bird – also the next-door neighbour – sees this and comes out of his flat to talk to her. From the sound of it, this isn’t the first time such a talk is taking place.

“So kaypoh ah, you?” the man asks. He then tells her to “look at (her) own place first”, and points to some unidentified objects which the CCTV is unable to capture.

The woman retorts that the man should look after his bird then.

The argument appears to be heading in circles, until the woman launches into an angry tirade that unfortunately takes a racial turn.

While the man was relatively calm before, her words causes him to react angrily for the first time.

His wife and young son, presumably, also peers out from the gate, and the man’s wife joins in on the argument. The video then ends abruptly at the height of the argument.

Neighbours need to be considerable of others

While we understand that we cannot always get along with our neighbours, we have to live beside each other, for better or for worse. As such, tolerance and acceptance are key to societal harmony.

We should also strive to settle all disagreements amicably and respectfully. Personal attacks are not the way to go, let alone racially-charged ones based on stereotypes.

Hopefully the neighbours were able to peacefully settle their differences without the help of authorities.