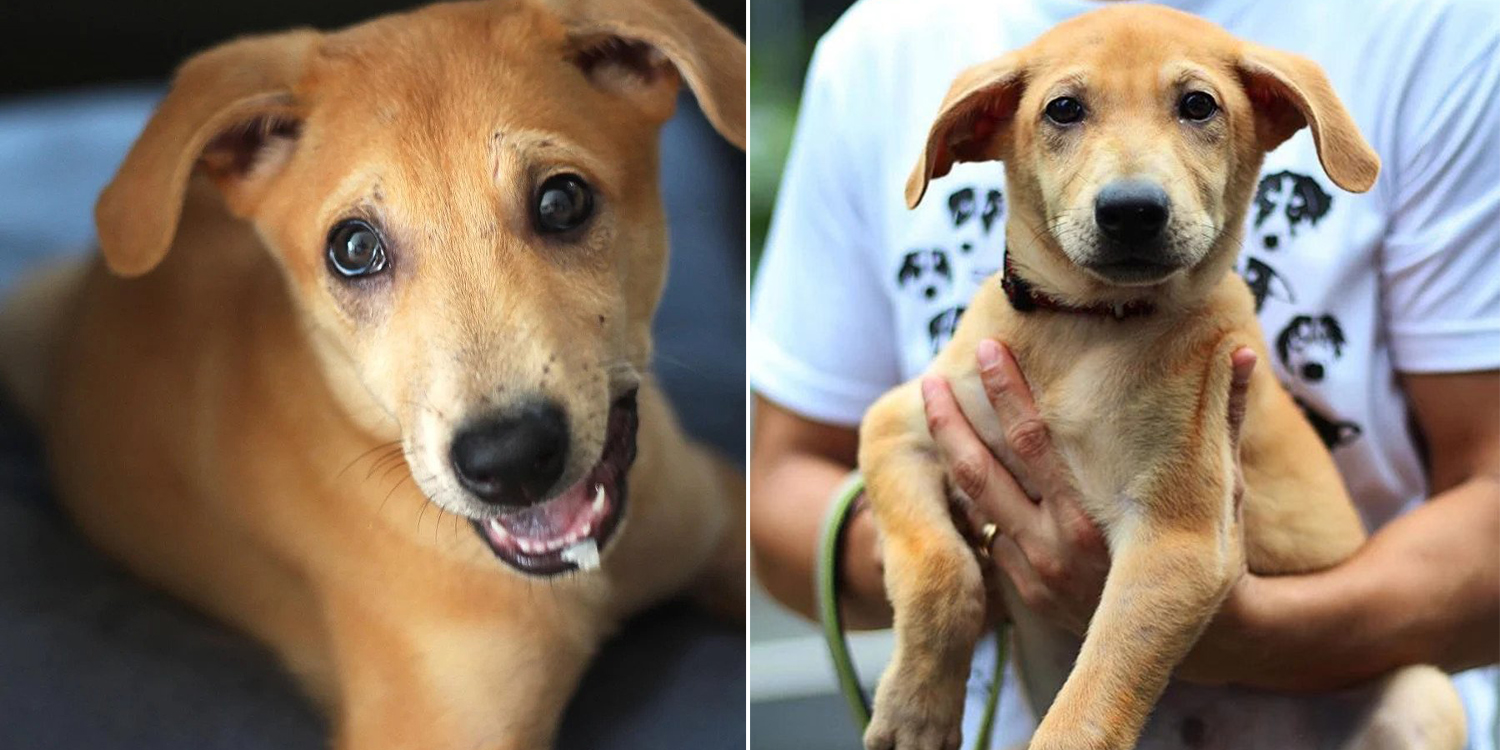 The case where Loki the dog was euthanised at a clinic on request of his owners took over social media earlier this year.

The owners and clinic were allegedly harassed online, leading to Law Minister K. Shanmugam urging calm until investigations were complete.

After investigations, the Agri-Food and Veterinary Authority of Singapore (AVA) revealed their findings — Loki’s owners and the vet clinic were cleared of wrongdoing.

However, Nee Soon GRC Louis Ng said there was no breach of the code of ethics because they were insufficient in regard to euthanasia. 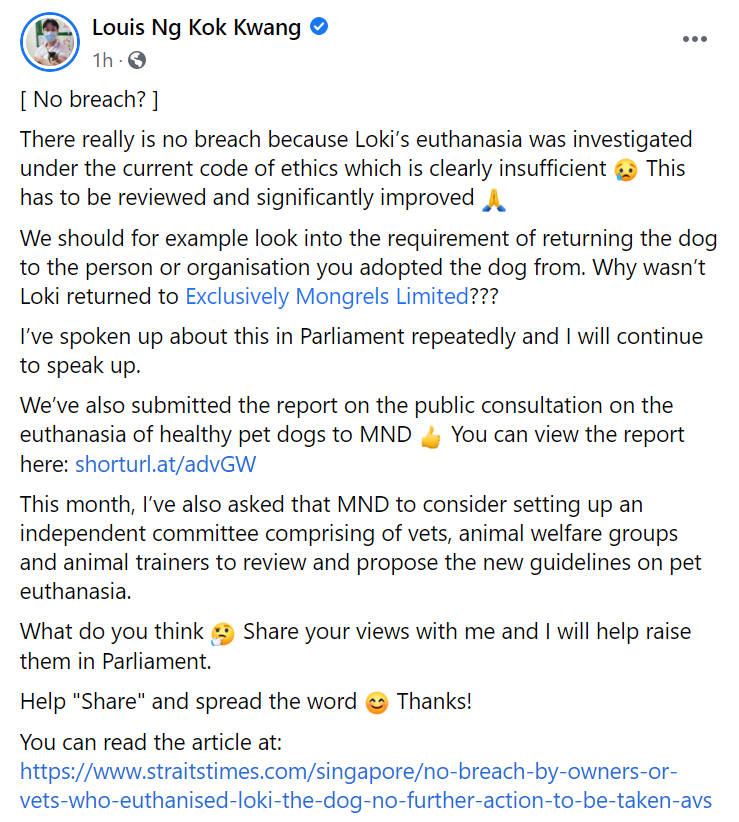 Promising to speak on the issue again in Parliament, he also raised a key question about the incident that others have also been asking.

On Tuesday (15 Sep), AVA released their findings of their investigation into Loki’s euthanisation as reported on Channel NewsAsia.

Throughout Loki’s stay with his owners, he showed high levels of anxiety, resulting in him biting many people, including the owner and their friends.

There were a total of 12 incidents recorded of Loki biting others, including a girl who had to go to the A&E.

AVS found that Loki’s owners had considered various options, including rehoming him, but the deal fell through due to Malaysia implementing its Movement Control Order.

Apparently, only an animal shelter in Malaysia was willing to take Loki in. 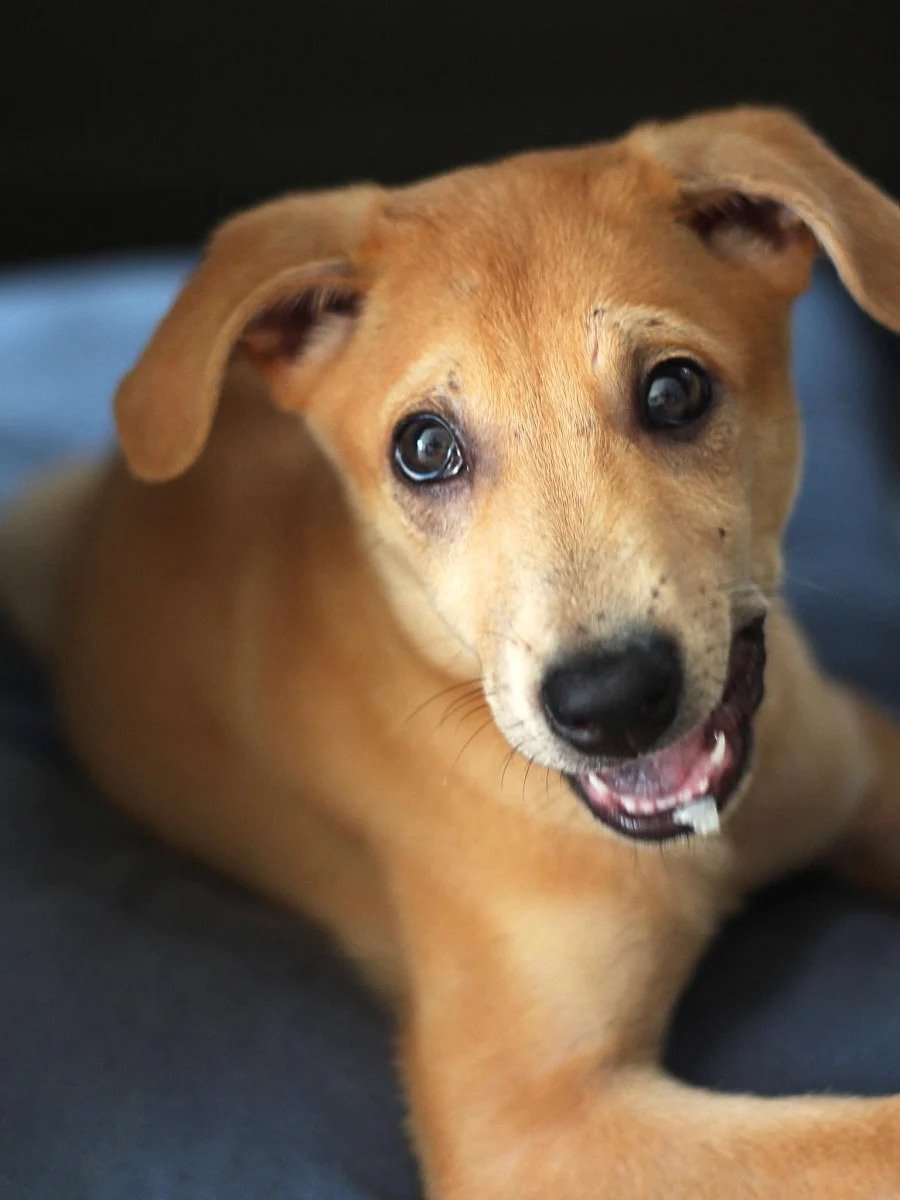 After the 12th biting incident, where he bit his owner’s lips without warning, the owner’s wife considered euthanasia as she was concered about her family’s, and their newborn’s, safety.

Before the incident, the deal with the Malaysian animal shelter had fallen through, so Loki stayed with his owners. The 12th incident took place a month later, in Apr this year.

Mount Pleasant vet had actually asked the owners to consider other rehousing options, but notably, the owners never approached Exclusively Mongrels — where they got Loki from.

AVS said this was up to the owners and not up to them. Apparently, Exclusively Mongrels had an agreement with the owners as part of their adoption to rehome the dog should there be issues.

But AVS cannot enforce this agreement, they said.

They thus found no wrongdoing on the part of the owners, and also cleared them of animal abuse.

Many netizens, as well as Mr Ng, have questioned the owners as to why they didn’t go back to Exclusively Mongrels at any point during Loki’s adoption.

Mr Ng thinks that it should be legally required to return the dog instead of allowing for euthanasia in such cases, and said he’ll continue to speak up about the issue in Parliament.

The current rules say it’s legal for owners to take the euthanasia route under these circumstances. But Loki’s rescuer says he was healthy and shouldn’t have been euthanised.

Whether there’ll be a change in the code of ethics may depend on how successful Mr Ng’s bids in Parliament are.

But for now, AVS will take no further action against the owners or the clinic that performed the procedure.

Do you agree with the ruling? Let us know in the comments.