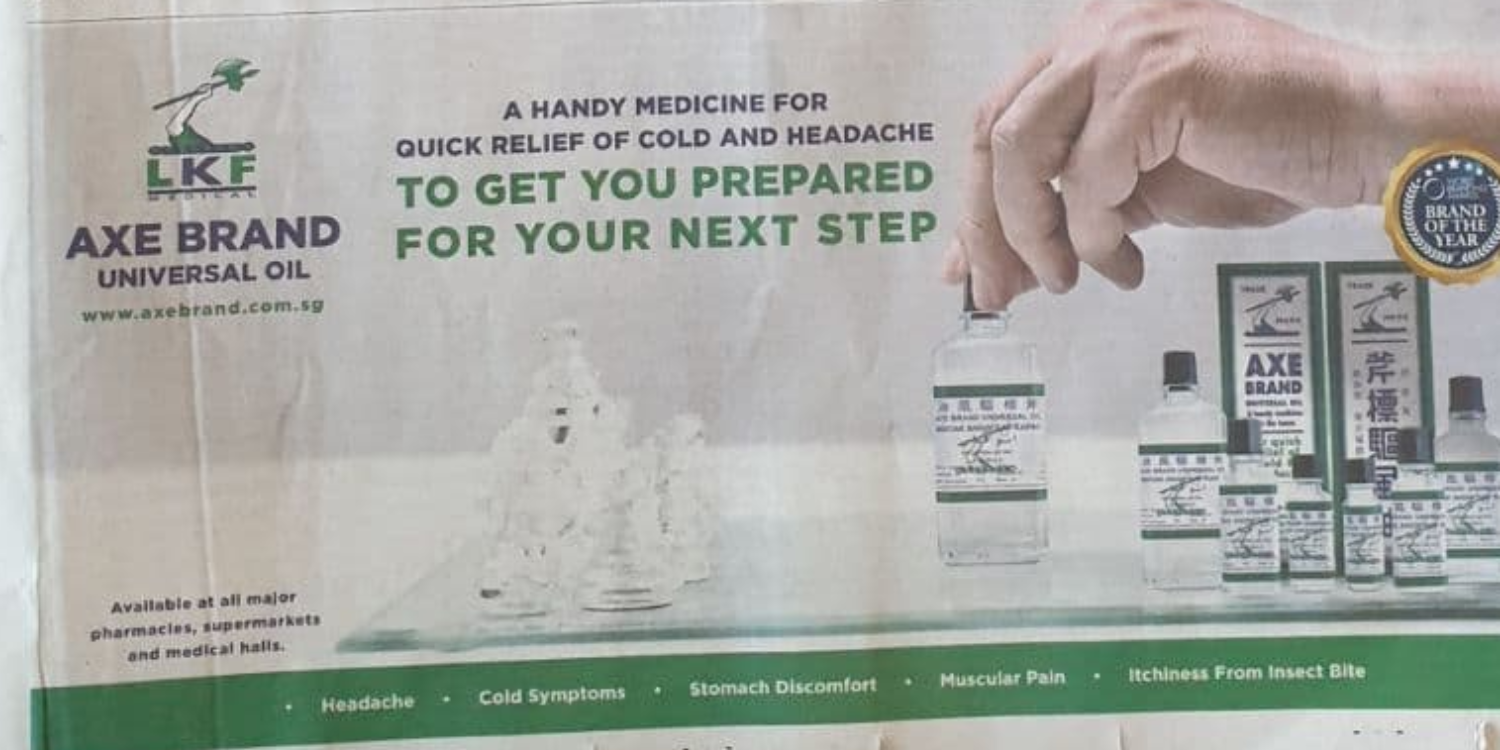 News of a shocking incident at River Valley High School (RVHS) on Monday (19 Jul) dominated the media the next day.

The alleged perpetrator, a 16-year-old Secondary 4 boy, was charged in court yesterday (20 Jul).

But the print edition of The Straits Times (ST) featured an advertisement for Axe Brand’s oil on the same page of a report about the incident, which featured an axe.

Several readers who spotted the ad on Reddit felt that it was insensitive given the alleged weapon used in the incident.

It also stated that the ad had been arranged in Dec last year.

ST also apologised for the distress that it caused.

The prominent ad took up almost half the front page of ST yesterday, alongside a report about the RVHS incident. According to a police statement on 19 Jul, police had seized an axe as a case exhibit. 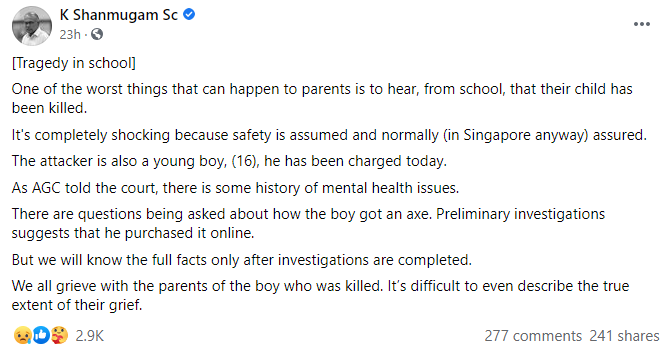 The incident’s circumstances would make any other references to axes insensitive at best.

While some rightly pointed out that the ad was likely ordered well in advance, there were still questions on whether anyone spotted the connotations to the RVHS incident before publishing.

Others also noted that it could be difficult to pull an ad or change its position as they are typically fixed.

In Axe Brand’s Facebook post on 20 Jul, it noted that the ad wasn’t an intentional placement but was an unfortunate coincidence.

Although it didn’t elaborate on the circumstances, the ad was apparently booked in Dec 2020 with ST.

It also said that the company is in deep sympathy and grief with the victim’s family.

ST also made a statement on the print edition on Wednesday (21 Jul), which was also published online.

It apologised for the distress caused by the ad placement, calling the juxtaposition inadvertent and unfortunate.

ST also clarified that the ad was booked before news developments occurred.

Sensitivities have to be respected

One could argue that Axe Brand could not have known that their ad would appear the day after an axe became an alleged weapon in a murder.

At the same time, with the number of checks required before a newspaper goes out for printing, we do wonder if this ad could have been shifted ahead of time.

Regardless, there appears no malicious intent on the part of either Axe Brand or ST, and such juxtapositions are usually exceptional in nature.

We hope that steps are taken to ensure such an incident doesn’t occur again, as sensitivities will undoubtedly be heightened after such a tragedy. 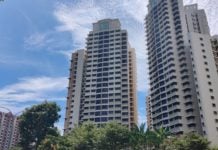