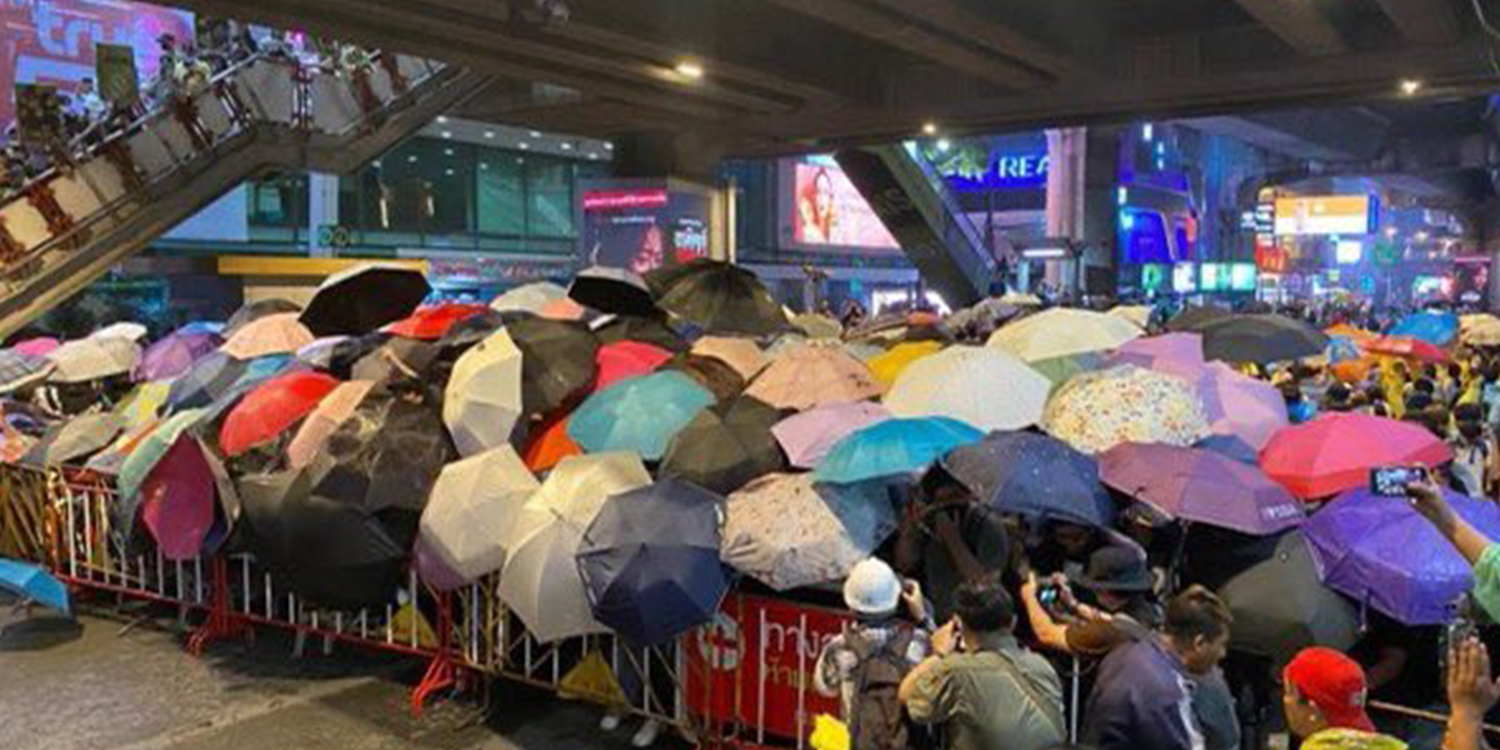 Protests in Bangkok against the Thai government and monarchy went on for the 3rd day in a row on 16 Oct, even though they were declared illegal.

On Friday (16 Oct), riot police sprayed a water cannon at protesters gathered at Pathumwan district, after Ratchaprasong district was sealed.

Ratchaprasong was the scene of a thousands-strong protest yesterday (15 Oct), many holding up 3-fingered salutes.

After the police’s attempt at dispersal, a protest leader ended the gathering.

According to The Thaiger, protest leaders announced the new location for the gathering on Facebook at around 4pm today.

Reportedly more than 10,000 people showed up in the evening at Pathumwan district, even though police have made more than 40 arrests so far.

Well-known malls Siam Paragon and Siam Discovery Centre were closed due to police blocking off access to Ratchaprasong district.

2 activists, who were present at a motorcade carrying Queen Suthida, are accused of endangering her life, Channel NewsAsia (CNA) reports.

They can be sentenced to at least 16 years of jail or life imprisonment if found guilty.

Protesters demand that they, along with other arrested activists, are released.

As crowds formed on the skywalk and streets, riot police fired a water cannon at protesters. 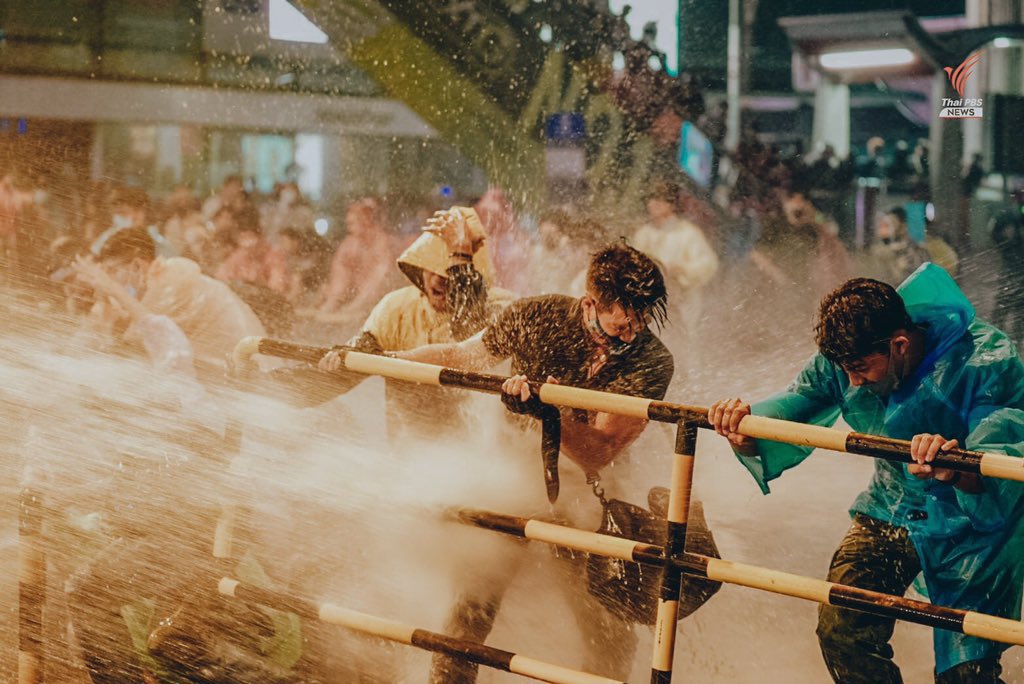 According to some netizens, the water contains a chemical that causes stinging in the eye. A few protesters were seen rinsing their eyes following the water cannon barrage. 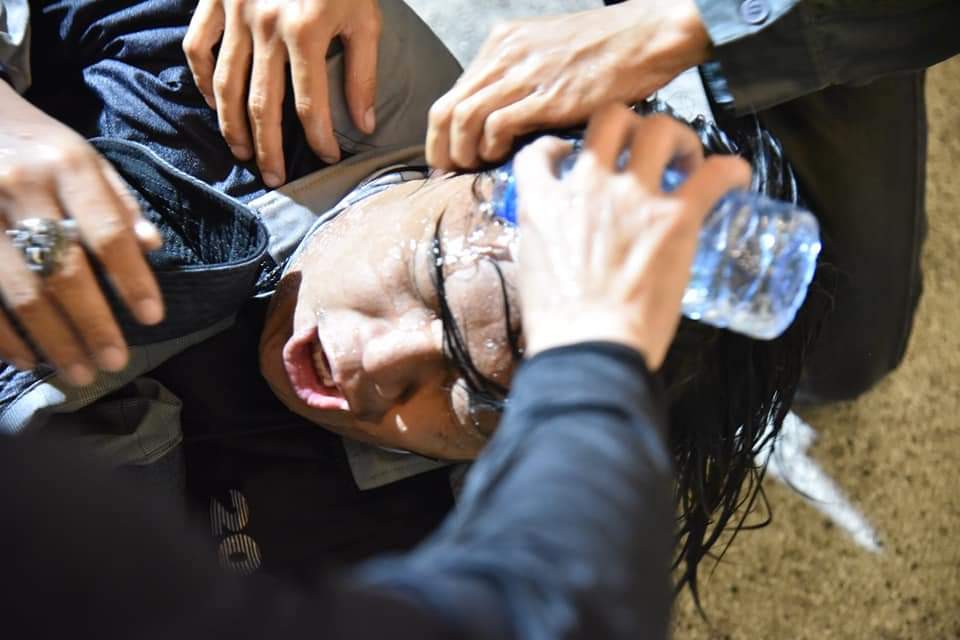 Despite the barrage, protesters tried to stay firm, some using umbrellas to shield themselves. 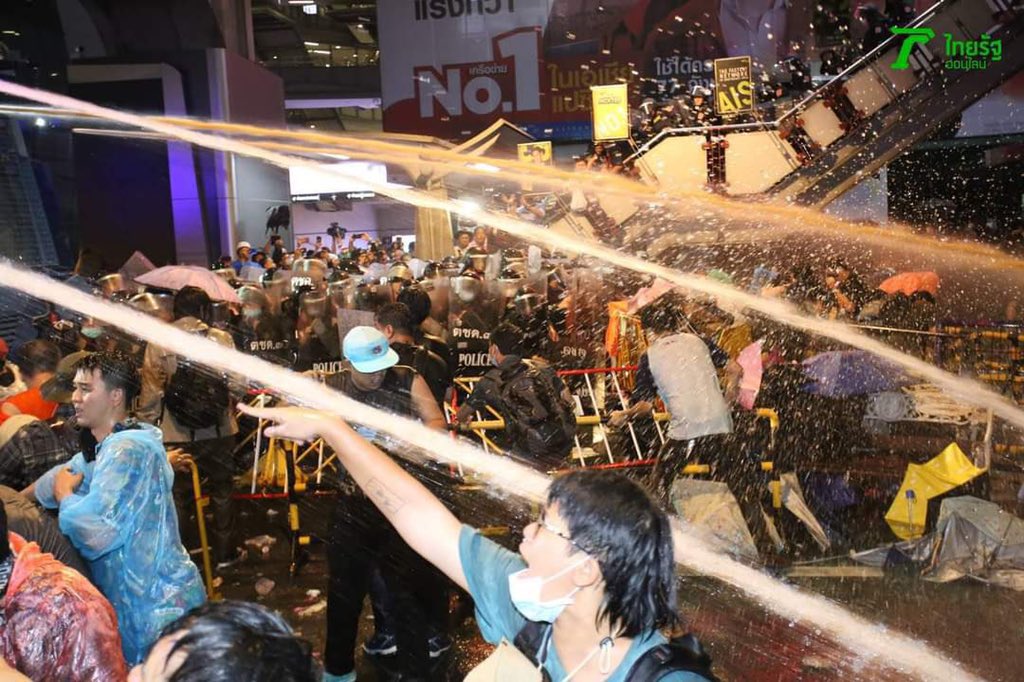 However, according to Channel NewsAsia (CNA), one of the protest organisers called it quits on the gathering.

Prime minister has no intention of resigning

The Thai prime minister, Prayuth Chan-o-cha, has stated his refusal to resign amid calls by activists to do so.

During an emergency cabinet meeting, Prayuth told the protesters to quit, calling the situation violent and Thailand “in a state of emergency”.

He also said the law will be used if anyone commits illegal acts.

May Thailand find a peaceful resolution

Although water cannons were deployed, we’re thankful that there aren’t any violent crackdowns.

Regardless, the police has made many arrests, and some of them face jail sentences for their role in the protests.

All we want to see is peace restored. Here’s hoping that Thailand can resolve their internal issues peacefully.