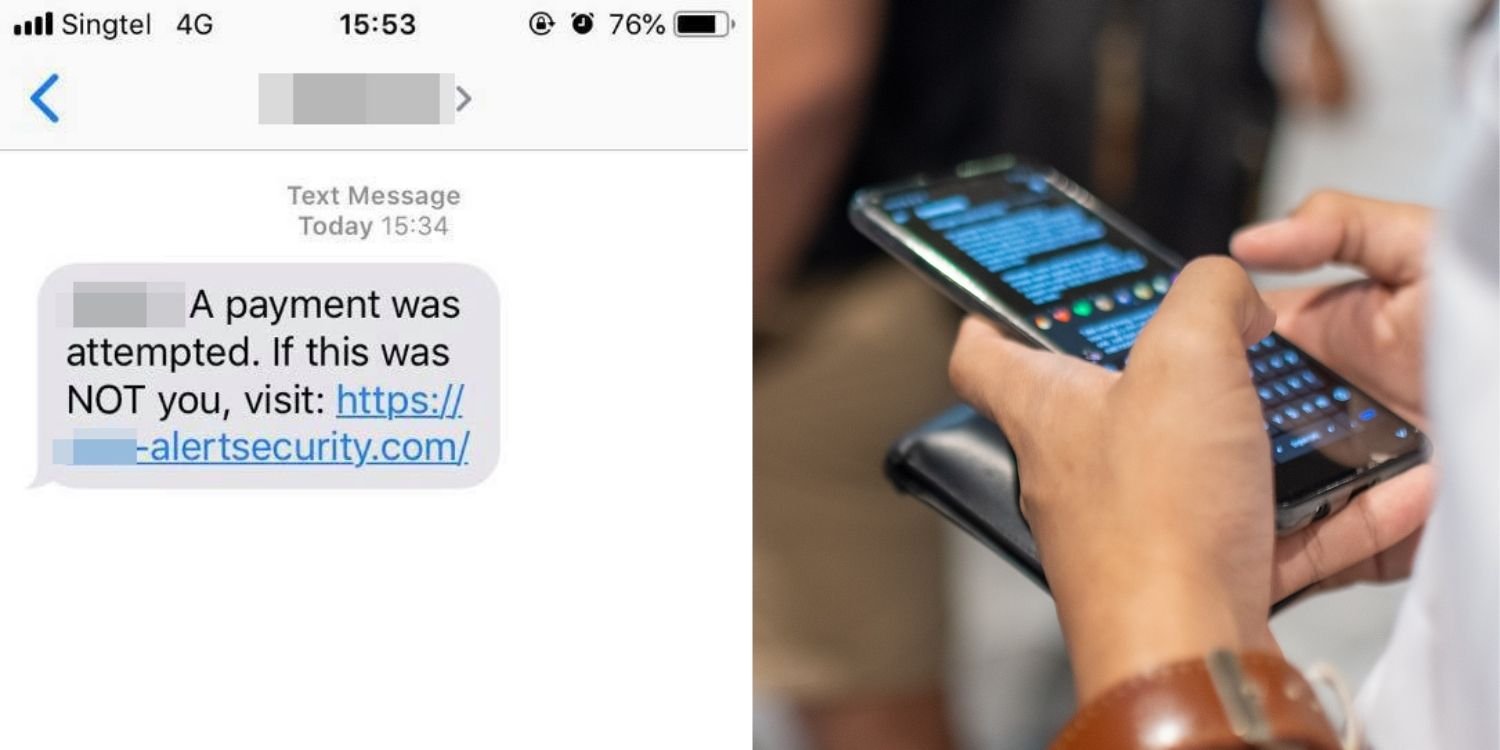 Though SMS phishing scams aren’t new, there seem to be novel tactics every time a spate of incidents surfaces.

The latest scam comes in the form of an SMS that notifies victims of transaction attempts from their bank accounts.

These messages would urge victims to click on a link if they did not make the transaction.

Unlike other spoof SMSes, these are harder to distinguish as they appear in the same thread as official bank messages.

According to The Straits Times (ST), this new scam variant has contributed to 374 cases with losses totalling about $1.07 million between January and May this year.

Notifying victims of transaction attempts, the SMSes contain a link that reportedly leads to a phishing website resembling the landing page of the official bank. 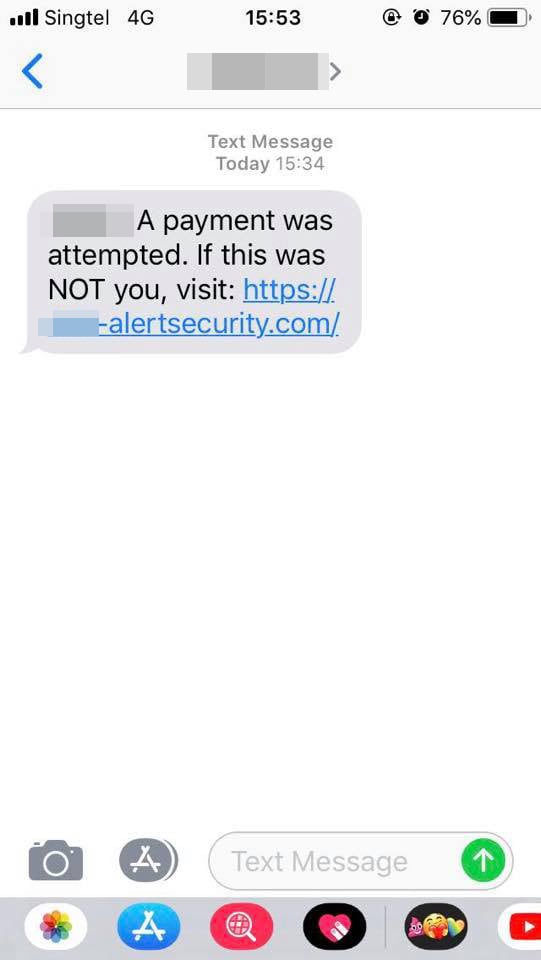 After providing the information, victims would allegedly receive SMSes about money being transferred out of their bank accounts.

Banks will never ask for information over the phone

Channel NewsAsia (CNA) cited the Singapore Police Force’s (SPF) reminder to not click on the links or call the numbers in these unsolicited messages.

They also urge the public to verify the authenticity of the information with banks directly.

To avoid falling victim, we should remember to never disclose personal details like Internet banking info and OTPs to anyone.

Bank staff and government officials would never request such information over the phone.

Be wary of suspicious links & messages

Even though online transactions have made our lives virtually easier, security threats will always persist.

Therefore, we should be cautious of any suspicious links or messages.

If you have information pertaining to such scams, you can call the police hotline at 1800-255-0000, or report via their website here.

All images courtesy of Silver Moon on Facebook and MS News.