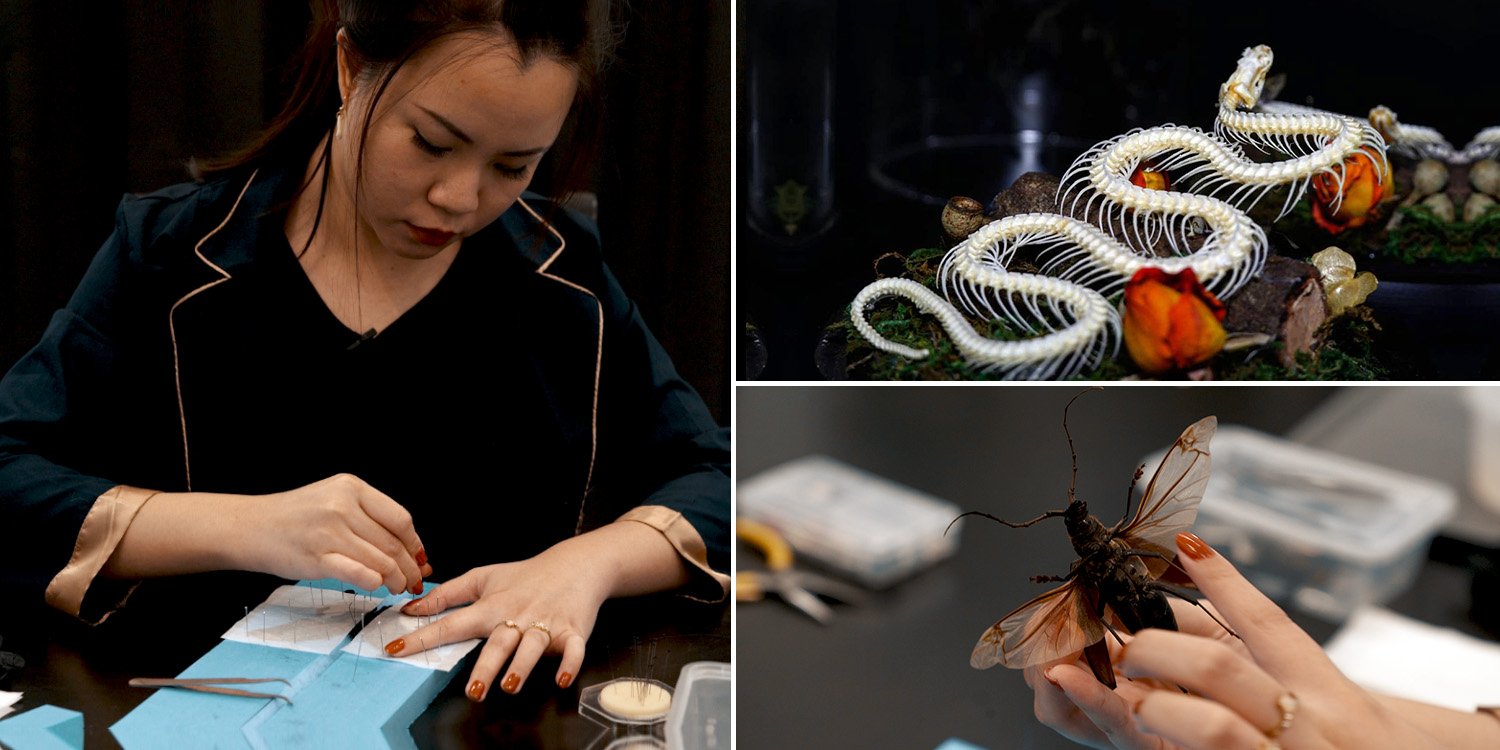 She may be the only taxidermist in Singapore currently.

Warning: Some of the images in the article may be graphic in nature. Reader discretion is advised.

In Singapore, death is often a taboo topic, and it’s considered ill fortune in Chinese culture, for example, to desecrate the dead.

But taxidermy, a method of preserving carcasses for the future, has its roots in science and can be seen as an art form as well. 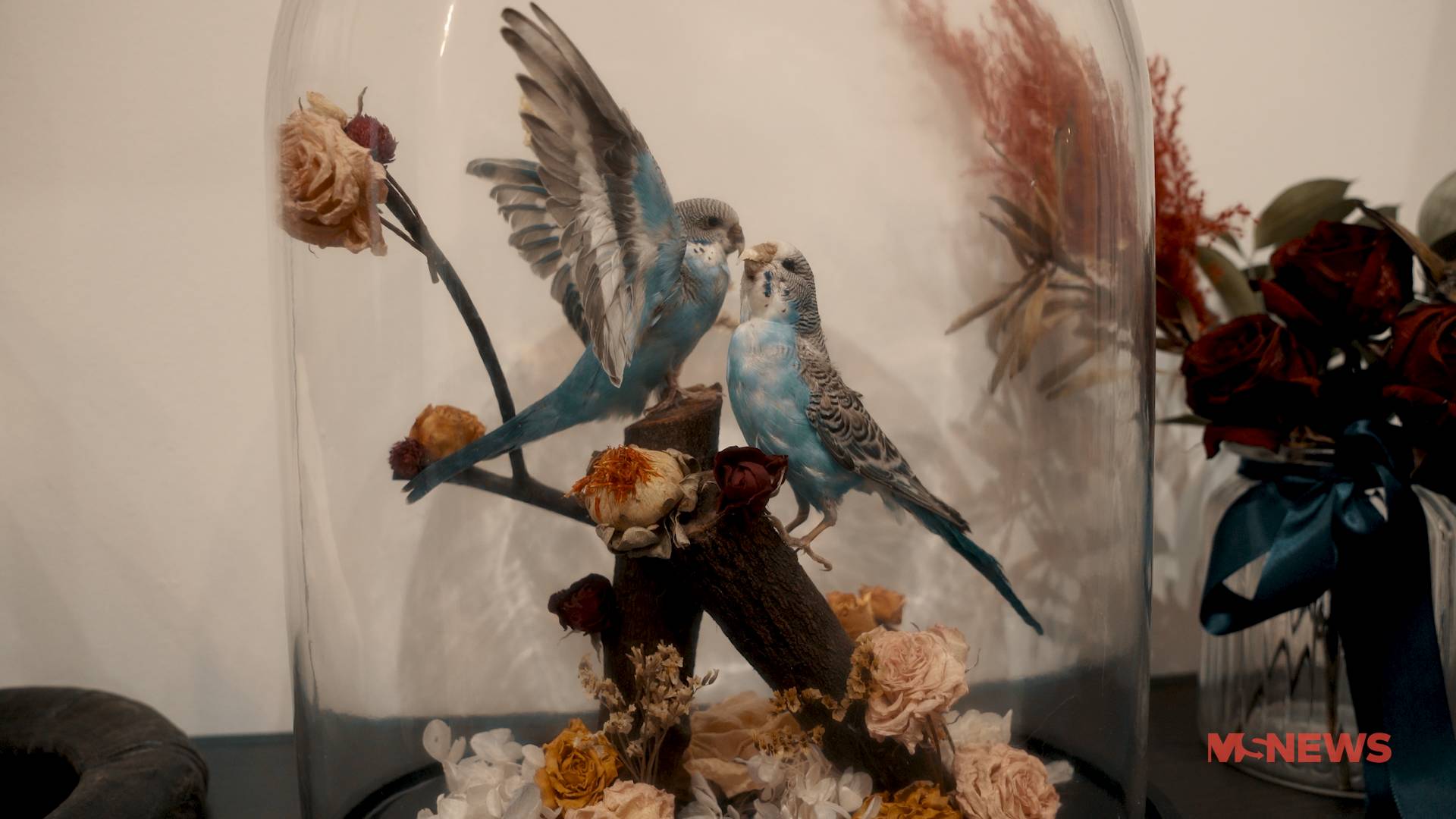 Though we rarely hear of taxidermists in Singapore, one woman has staked her career in the trade.

According to Vivian Tham, the owner of Black Crow Taxidermy & Art studio in Chinatown, she may be the only commercial taxidermist in Singapore. 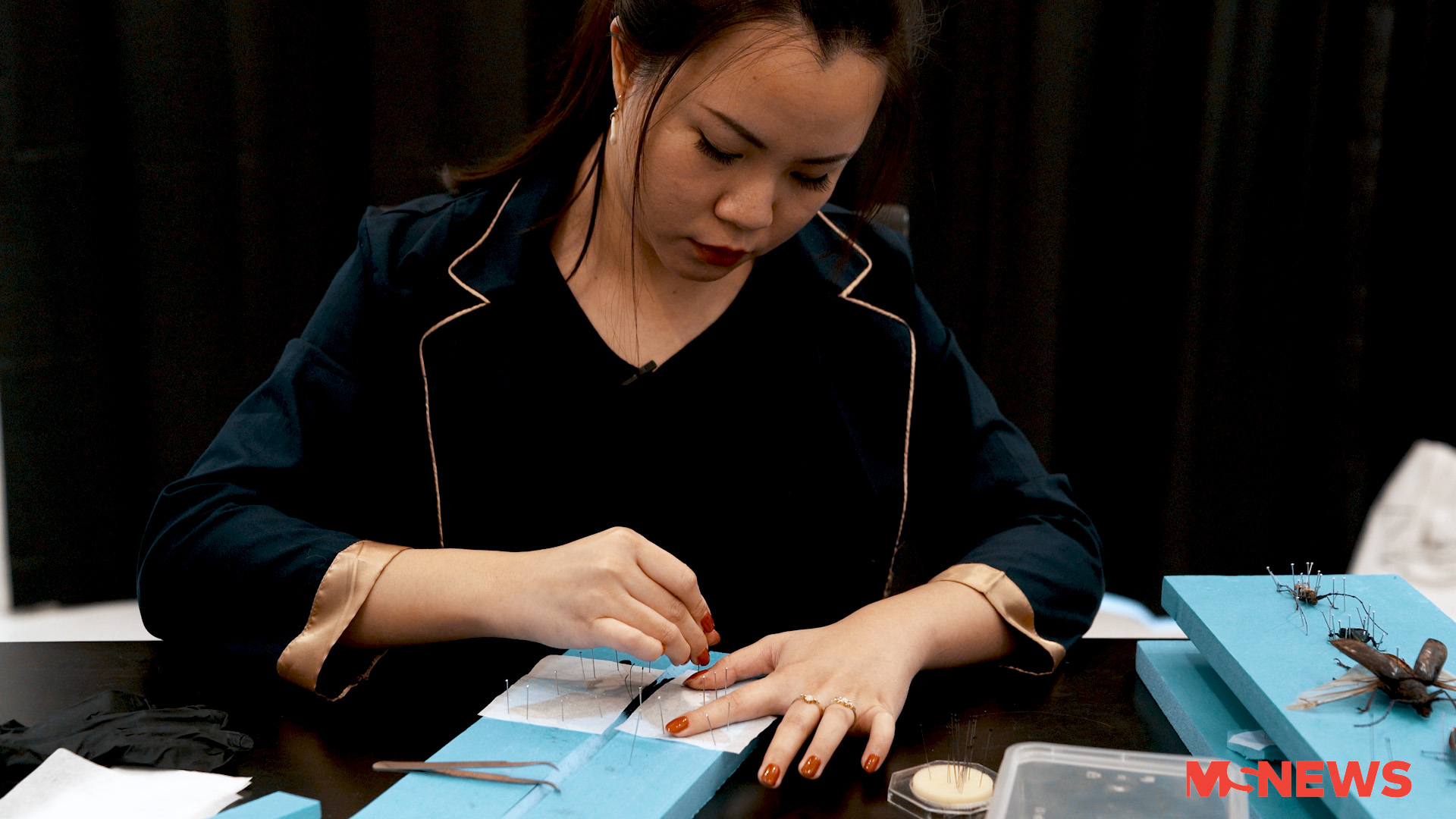 Black Crow Taxidermy & Art not only offers services for clients who’d like a keepsake of their pets but also workshops where participants can create their own art pieces.

Ms Vivian, 28, tells MS News that she began taxidermy merely as a hobby, as she was interested in art as well as animals.

While working at a museum, she thought it was a pity that many specimens were lying around and decided to preserve them.

But she never seriously considered pursuing it as a career until her taxidermy pieces became a booming business on Carousell — wilder than she could’ve imagined.

“I started selling my drawings on Carousell, but then no one likes drawings. They only like the real thing. So when I started listing little vials and (oddities), it just went crazy.”

Her creations, which deal with butterflies, birds, and flowers – to name a few – became wildly popular.

People would message her with pictures of bugs and butterflies, wanting to find out more. And she’d happily educate them.

At the urging of her friends, Ms Vivian was finally convinced to quit her full-time job at a laboratory and start Black Crow Taxidermy & Art.

“And then, one day I went to dinner with my friends (and I said) ‘Okay, we have to do this already.’ If I don’t do this now, then when, right?” she mused.

If she didn’t quit her day job, Ms Vivian would never be able to expand her taxidermy business.

But she saw a “great novelty” in taxidermy and decided to take that leap in May this year with her husband, Jivan. And she hasn’t looked back since. Taxidermy utilises various techniques fusing art and science, and as such, there’s no taxidermy course that one can simply attend. For Ms Vivian, her degree in Zoology and Master’s in Skin Studies were what gave her the tools to become a taxidermist. 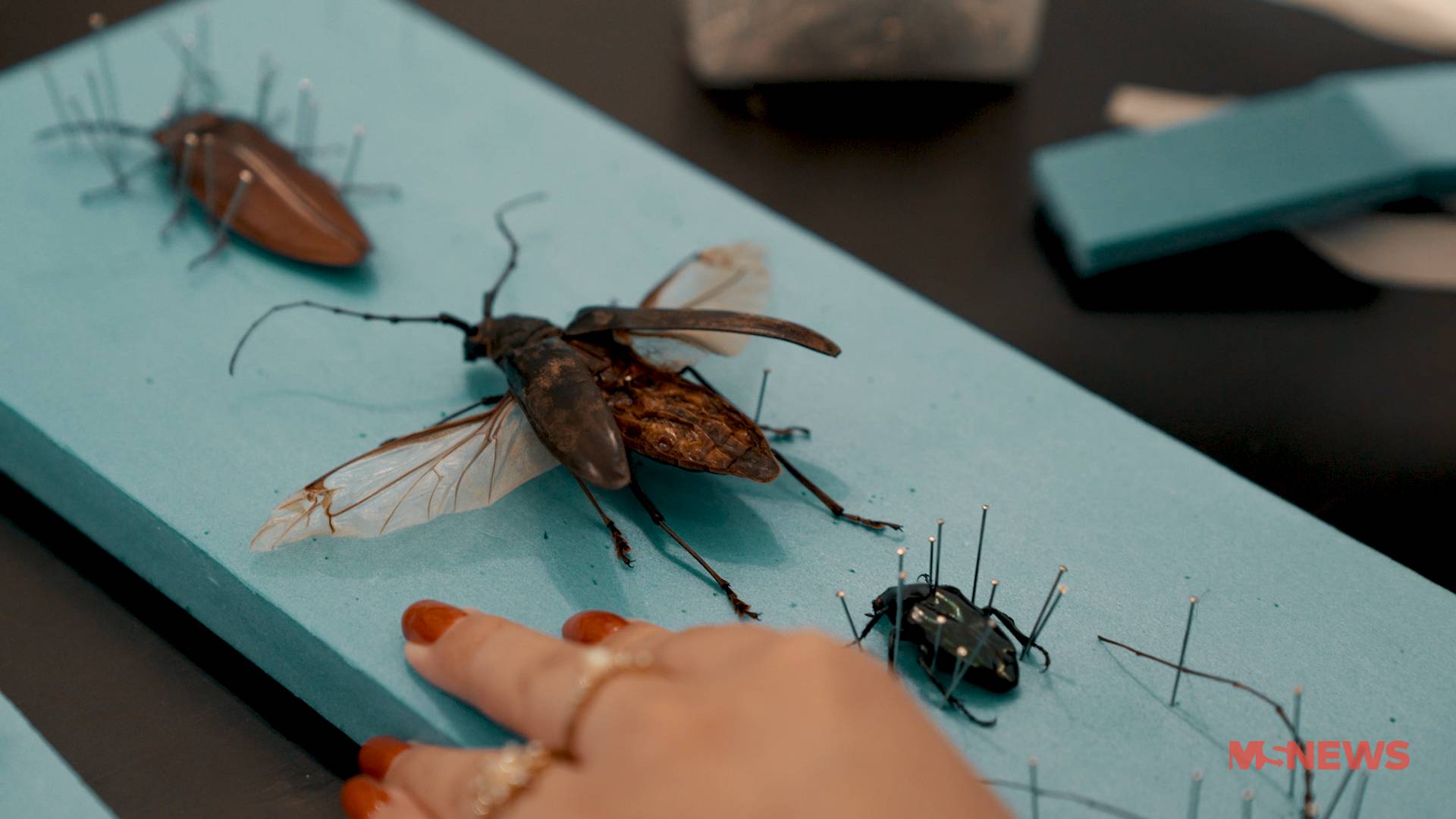 Of course, there are other obstacles for prospective taxidermists, such as squeamishness.

Not all carcasses come in perfect conditions—there’s blood, there’s maggots, and some people back out because of that.

However, taxidermy isn’t scary at all, especially after Vivian has put her personal touch on the specimens. 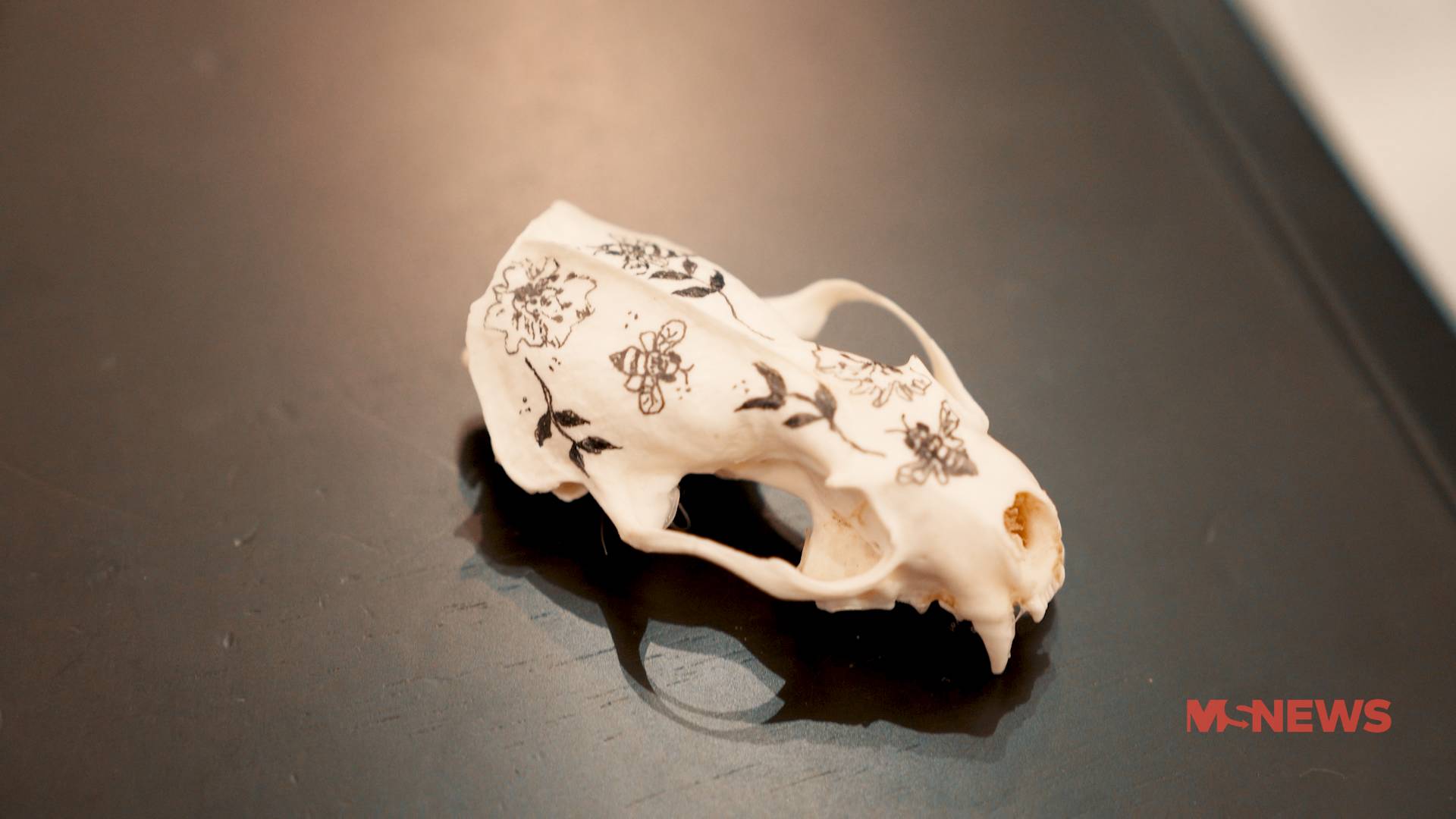 Taxidermy gets people curious about animals

Death is a rather sensitive topic in our culture. As such, it’s no surprise that Ms Vivian has received quite a bit of attention for her work. 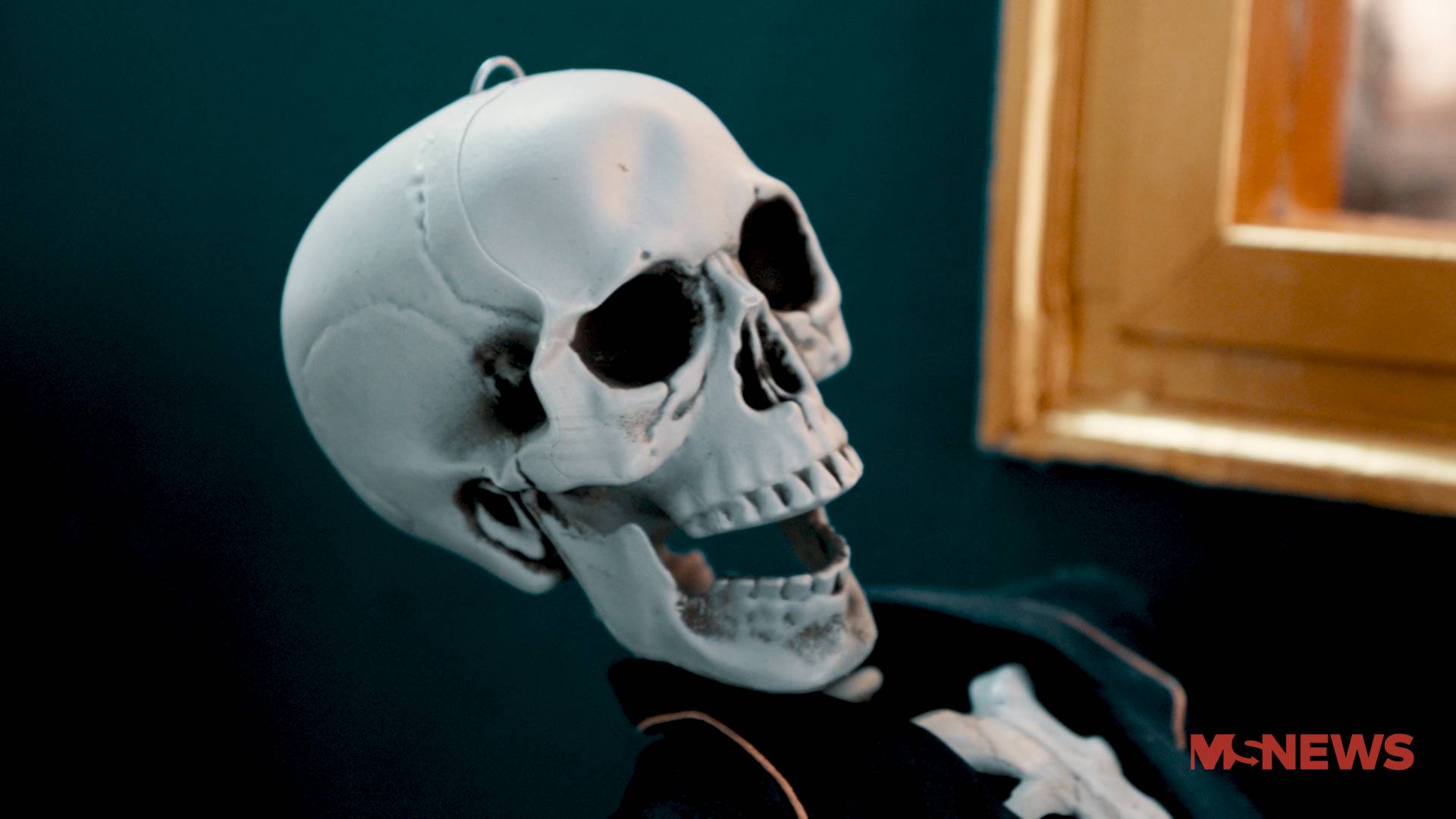 Many will have only heard about taxidermy online, where there is a reputation for hunting and preserving animals like tigers and lions. 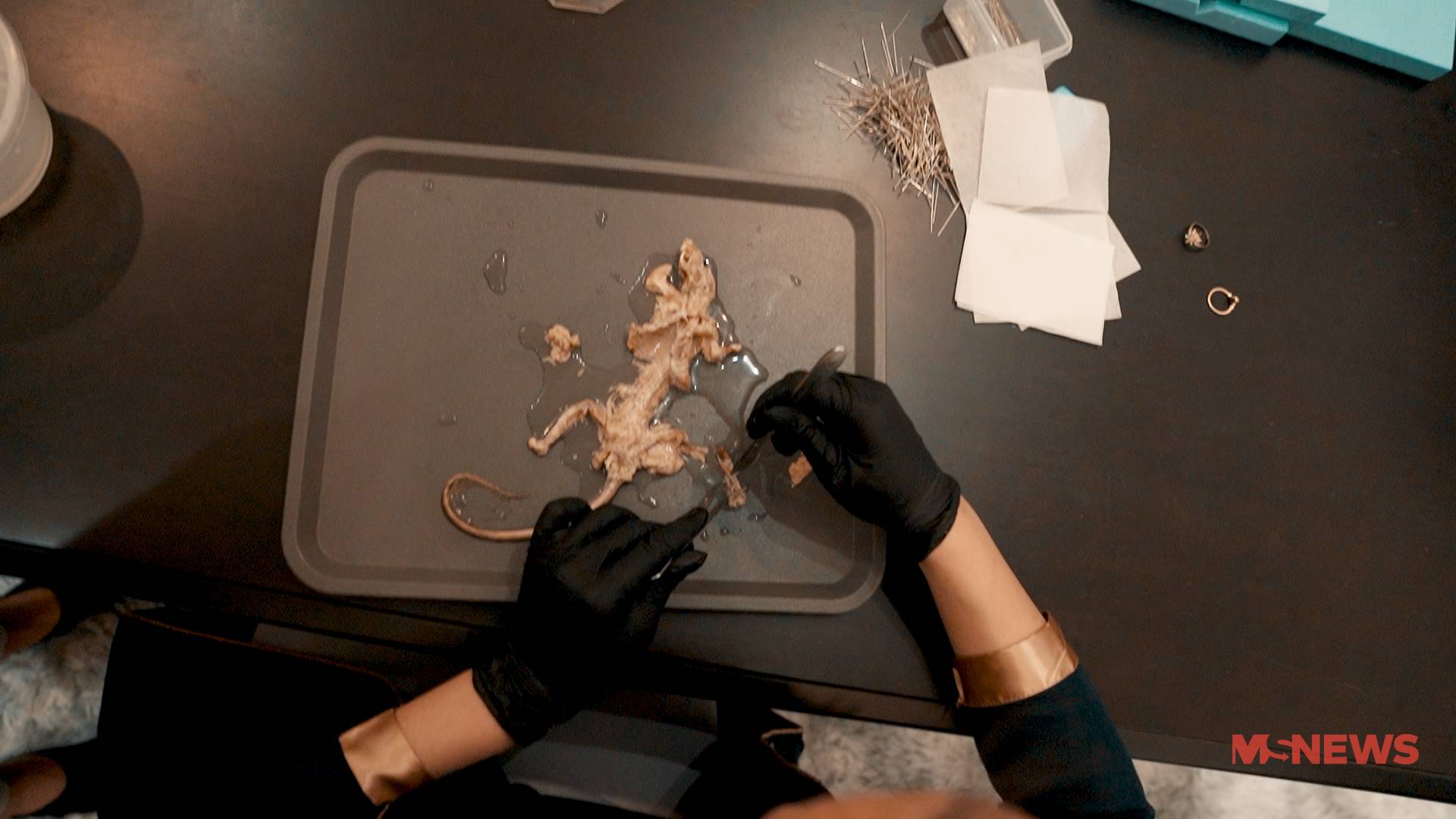 However, this is strictly illegal in Singapore. Black Crow Taxidermy & Art explicitly states that all animals they use for their work are ethically sourced.

That is, they are already dead before they are handed over. Endangered and protected animals, such as otters, are also rejected. Another misconception is that taxidermy deals in black magic or witchcraft — Ms Vivian stresses that this is strictly untrue, of course, since it’s no different from what museums display.

Ms Vivian receives her items from various places locally, such as farms and public donations.

Weird adventures while picking up carcasses

Sometimes, Ms Vivian also picks up her own carcass.

She related a humorous incident where she spotted a dead stray dog on the highway and picked it up at 2-3am.

However, some good Samaritans thought she had a flat tyre because her car was parked next to the highway and stopped to ask if she needed help.

Ms Vivian described her attire then as “dressed in black with gloves and a mask, even a shovel”, so the scene must have been mortifying as she was placing a dog into a bag.

“I just said (to them), ‘Okay, okay, everything’s good, you can go, I don’t have a flat tyre,'” she related while laughing at her surreal experience.

Sometimes, Ms Vivian will also pick up dead birds around her neighbourhood estate, and curious kids will follow her all the way home to see what she’d do with them. For Ms Vivian, it’s an opportunity to educate the kids about her specimens. She shares that they’re especially fascinated by the butterflies.

Besides accommodating clients who bring their deceased pets to have a keepsake, Black Crow Taxidermy & Art also hosts workshops.

At these workshops, customers can create their own butterfly dome or frame and handle the specimens themselves — giving them an even more immersive bonding experience if they’re with a friend, partner, or family member. 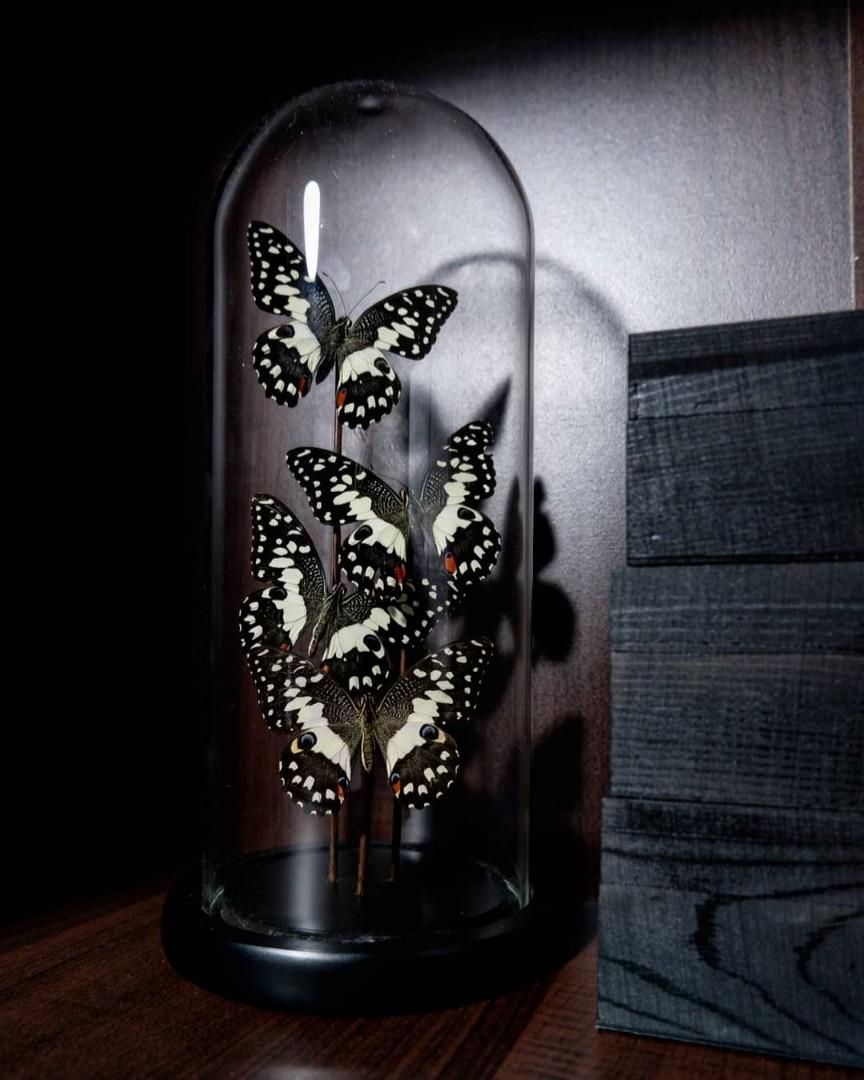 “People like to design their own thing, and… they’ll learn not only how the butterfly is in their natural habitat, but also where they can be usually found here in Singapore. So really, it’s an educational session.” 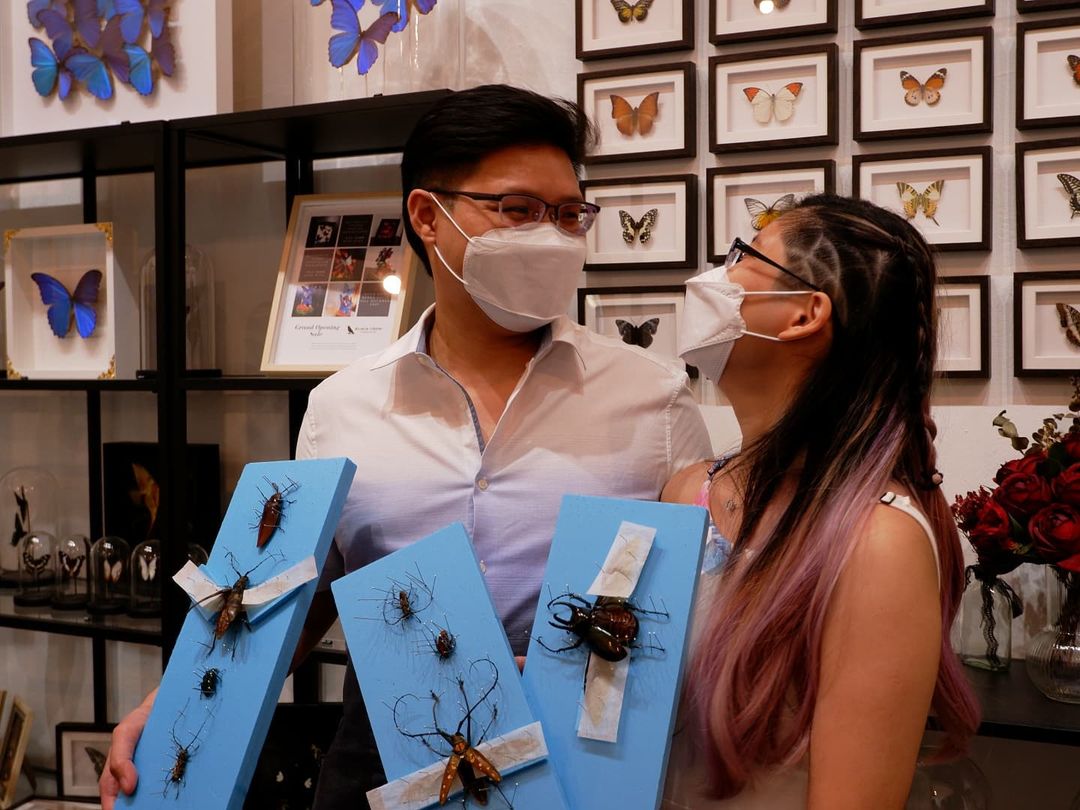 For some parents, it’s an opportunity to expose their kids to things they usually wouldn’t see every day, like being able to touch a rabbit or even a deer.

The sensory experience is much appreciated by these parents.

Even though Black Crow Taxidermy & Art has never put up any job listings, they still receive a surprising number of resumes from people interested in internships or apprenticeships.

Ms Vivian shared that many of these interested parties are students in art schools who, due to their education, are keen to learn about the way she fuses art with science.

Many of them haven’t studied biology, and the experience they’d gain is hence valuable. Unfortunately, since Ms Vivian and her husband had just started up the business, they can’t take anyone on right now.

Doing taxidermy yourself is also not easy, since not only do you need a licence, one also requires a diverse set of skills, and sanitation is a must.

It is also illegal to import or export items specifically for taxidermy, which means all specimens must be sourced locally. So you wouldn’t be able to import taxidermied items from overseas to sell in Singapore, for example.

Leap of faith to do taxidermy full-time

For Ms Vivian, taxidermy is a way to fuse her passions in art and science. She hopes to educate and show that there’s no need to be terrified of things like dead bodies and skulls with her pieces.

After all, they’re part of nature, and Singapore has rich biodiversity carefully maintained by the authorities.

It seems that the leap of faith Ms Vivian took has paid off for now, as Black Crow Taxidermy & Art is steadily gaining fans on social media.

If you’d like to buy a piece or attend a workshop, you can check out this link.

And if you wish to take a visit, here are the deets: