The BlueSG turned right from a non-turning lane.

On Monday (26 Sep), a driver shared a Facebook video of his narrow escape from getting hit by a BlueSG car at a Bukit Batok junction.

The BlueSG car appeared to make a sudden right turn, swerving and hitting vehicles next to the dashcam car.

At that time, the green right turn arrow was apparently showing, so vehicles in the right-most lane were turning into Bukit Batok West Avenue 7.

All of a sudden, the BlueSG driver, who was zooming straight ahead at first, appeared to change his mind and made a sharp right turn. 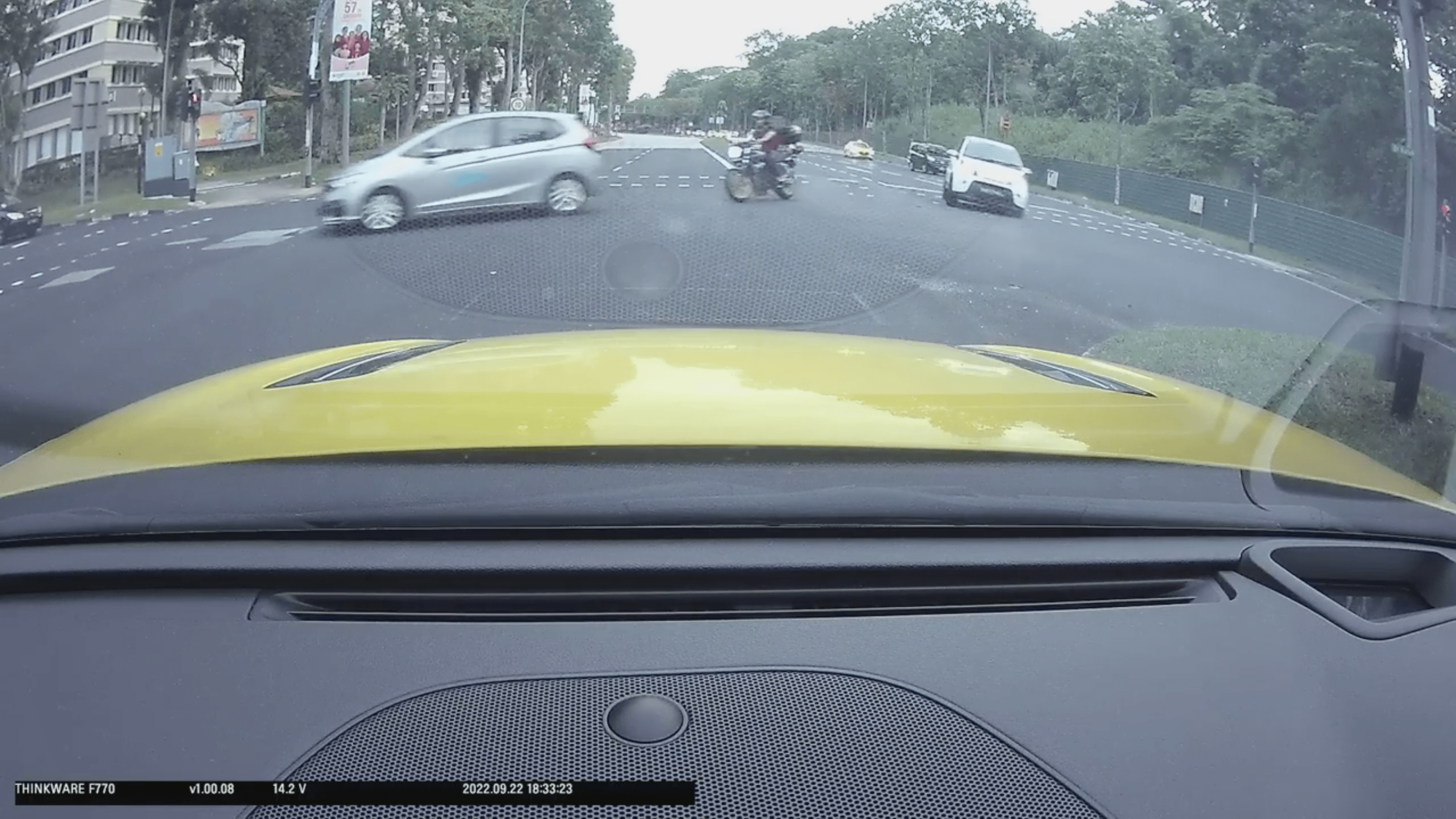 However, the sudden turn caused his vehicle to swerve out of control.

In the recording, the loud squeal of the tires against the asphalt could be heard, even over the dashcam car’s music.

A loud thud then rang out as the BlueSG car made contact with another vehicle.

Shortly after, the dashcam car driver came out to check his car for any damage. In his Facebook post, the driver said that thankfully, his car – which was brand new – did not get hit.

But the cars next to him were not so lucky.

The BlueSG car collided with a Honda Shuttle, as well as a car from the Bukit Batok Driving Centre (BBDC).

Taking to the comments section, the driver shared that when the BlueSG driver emerged from the vehicle after the accident, his face was red and he seemed to be crying.

The Bukit Batok junction is a busy one that has three lanes for going straight and another one for turning. 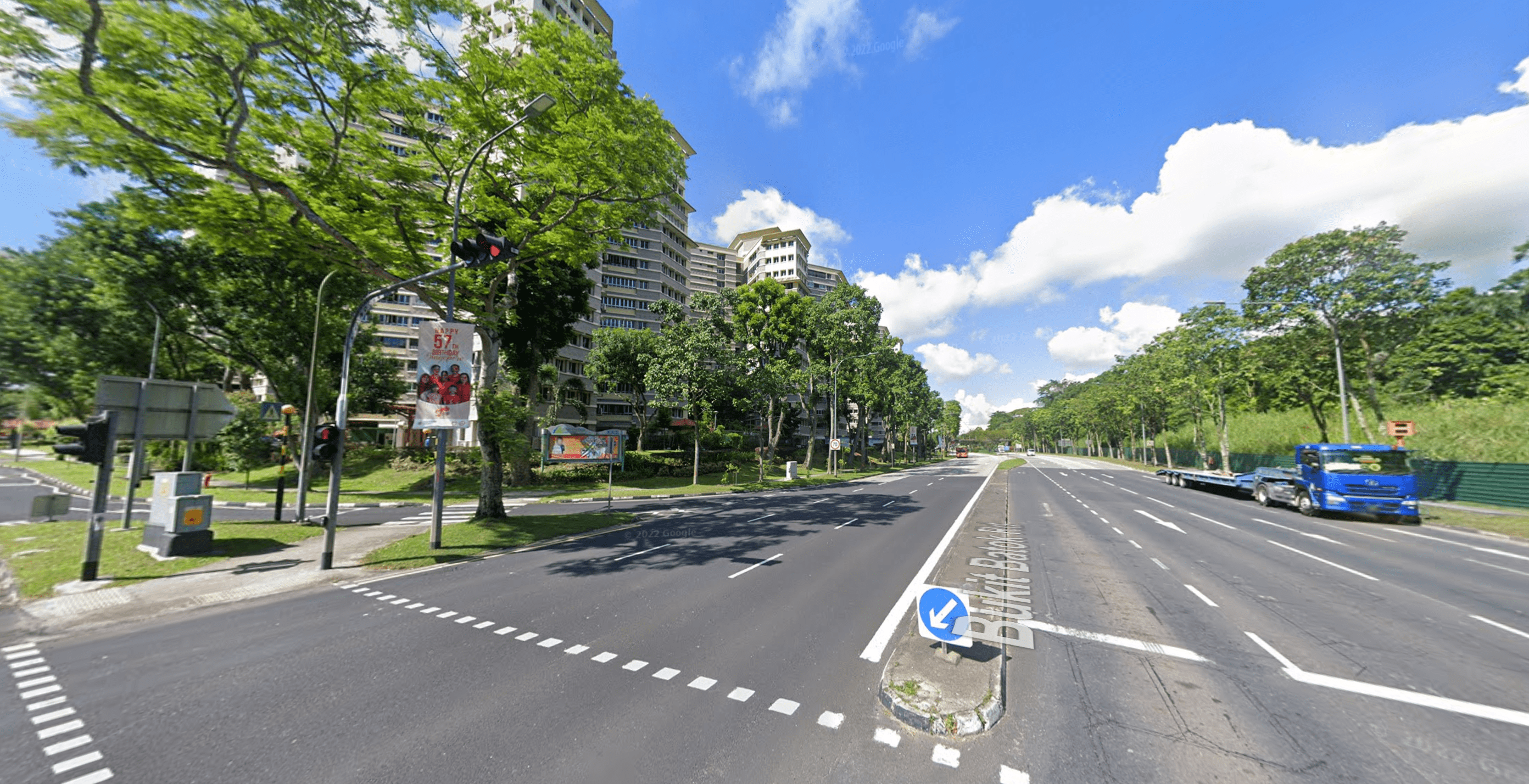 It looks like the BlueSG car had turned right from the second lane, which is a non-turning lane.

One netizen later shared a picture showing the aftermath of the accident.

The BlueSG car had ended up on the curb while the dark grey Honda Shuttle could be seen with its front bumper badly damaged. 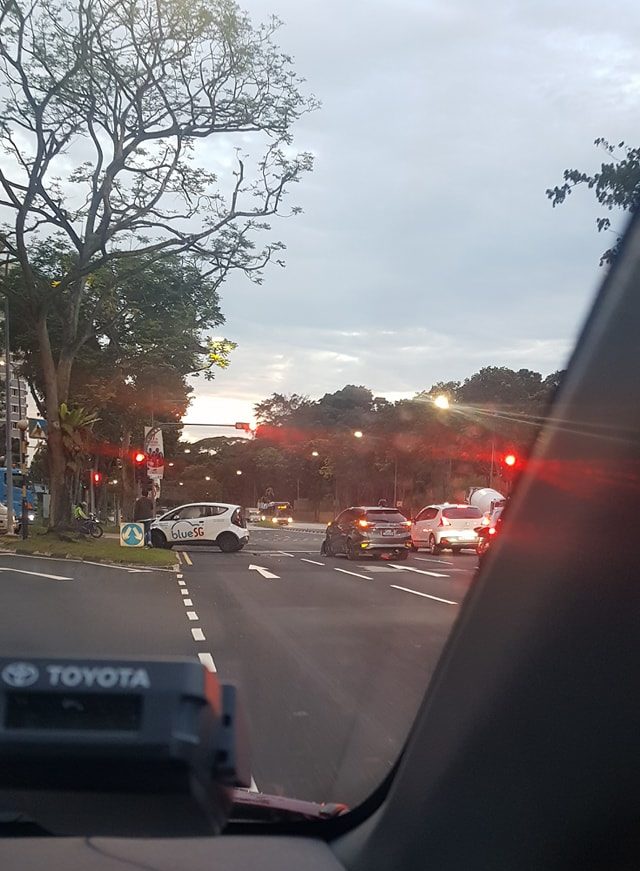 According to another video by SG Road Vigilante, traffic police later showed up at the site later in the day.

Always be careful on the road

This incident serves as yet another example of how important it is to be careful and vigilant while driving.

While the damage in this case seems to be relatively minor with no casualties, not all accidents have such fortunate outcomes.

Hopefully, the BlueSG driver has learned a very valuable lesson about not making rash decisions and sudden movements on the road.