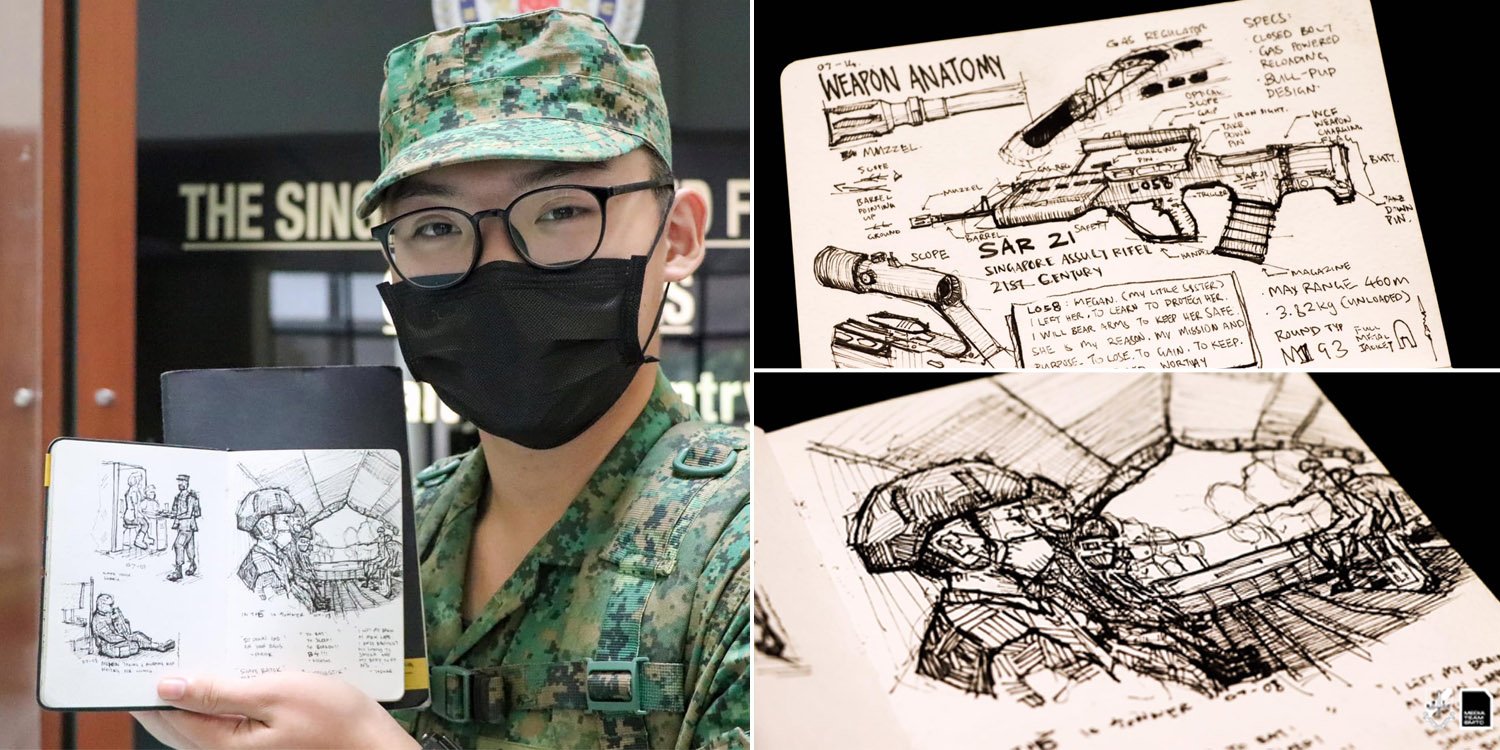 Due to our security interests, photos are not allowed to be taken at some military sites like Pulau Tekong.

However, one particular recruit (REC) wasn’t about to let the rule get in his way of capturing Basic Military Training Centre (BMTC) memories.

BMTC recently took to Facebook to showcase REC Asher Ong’s artistic talents which allowed him to sketch the experiences he went through in Tekong. 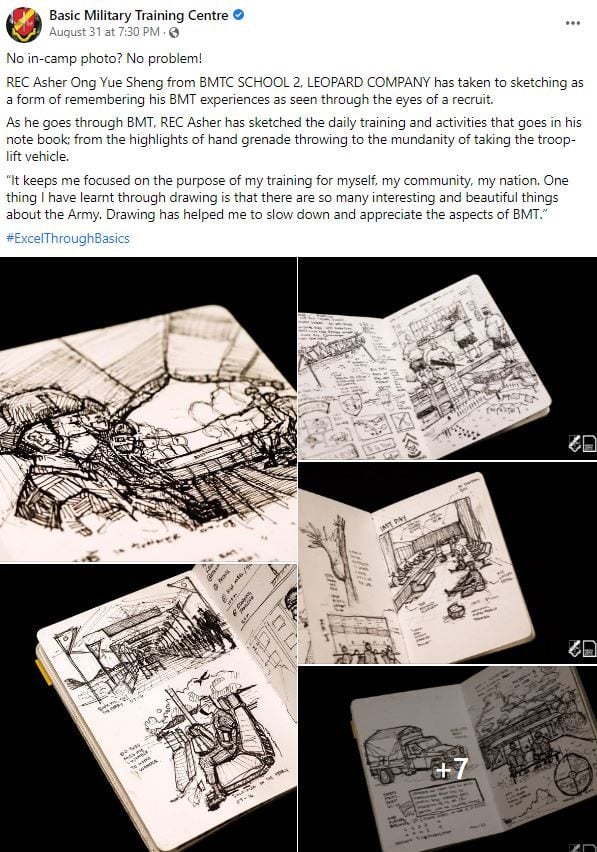 Asher mentioned that drawing helped him focus on the purpose of the training and appreciate the different aspects of BMT.

Since in-camp photos are not allowed to be taken in Tekong, REC Asher decided to sketch his experiences instead. 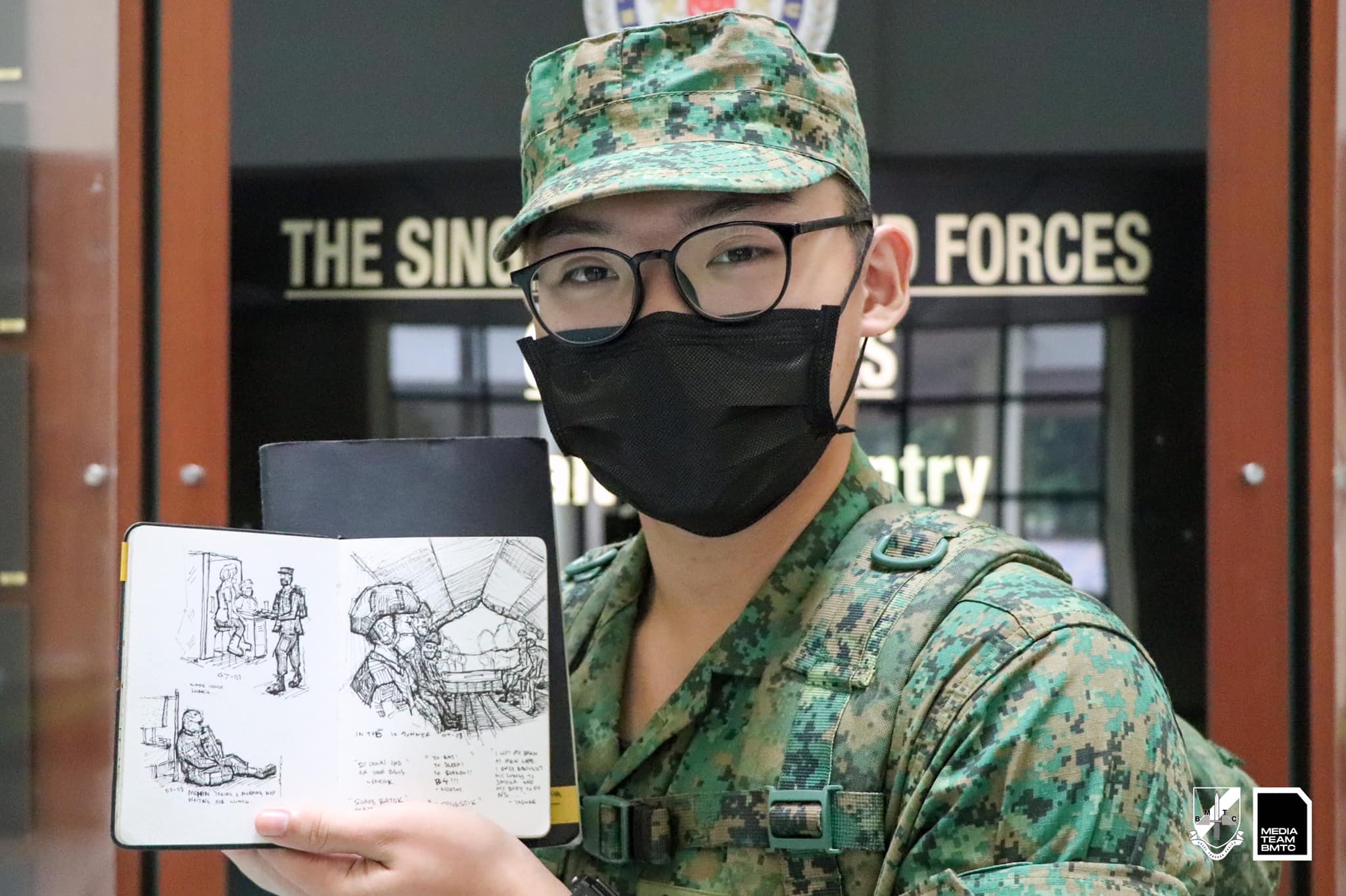 The sketches by Asher were very detailed and almost lifelike, depicting experiences that he and many before him have gone through.

This includes booking out and riding the ‘Penguin’ ferry, which most Singaporean males would’ve experienced. 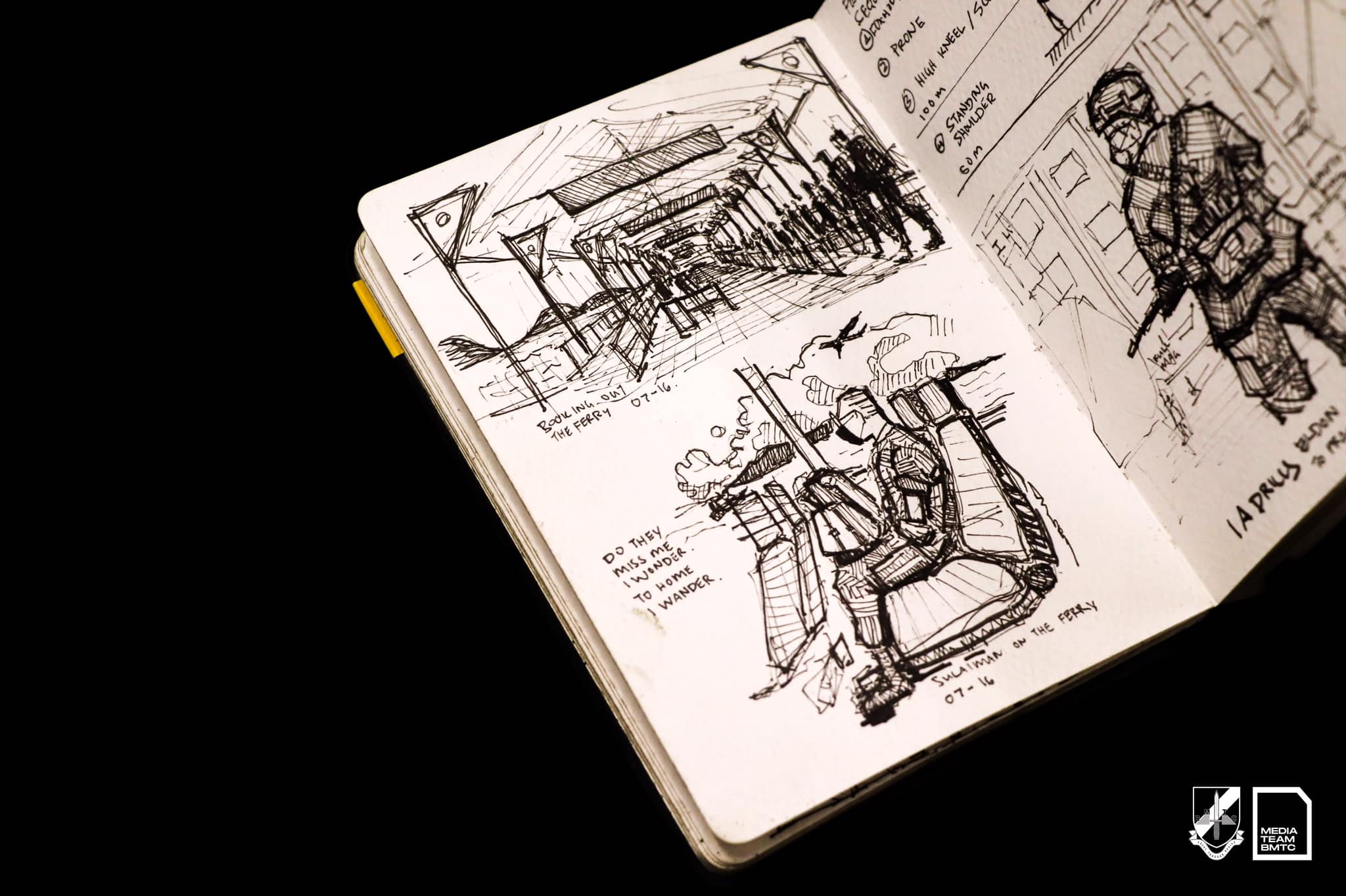 He also drew his experience being transported on a troop-lift vehicle. 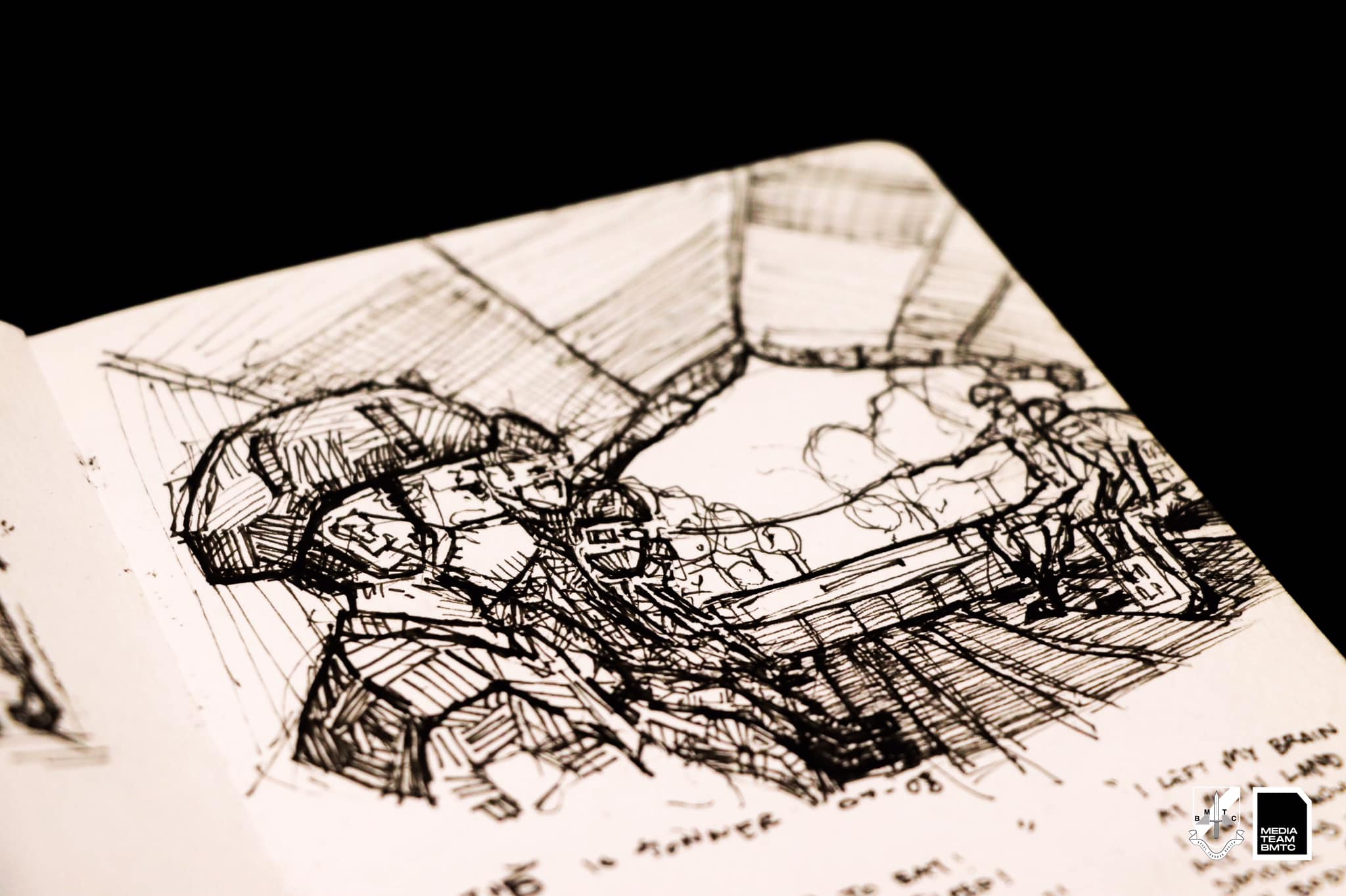 There were notes accompanying some of the sketches, presumably to remind him of what was learned that day. 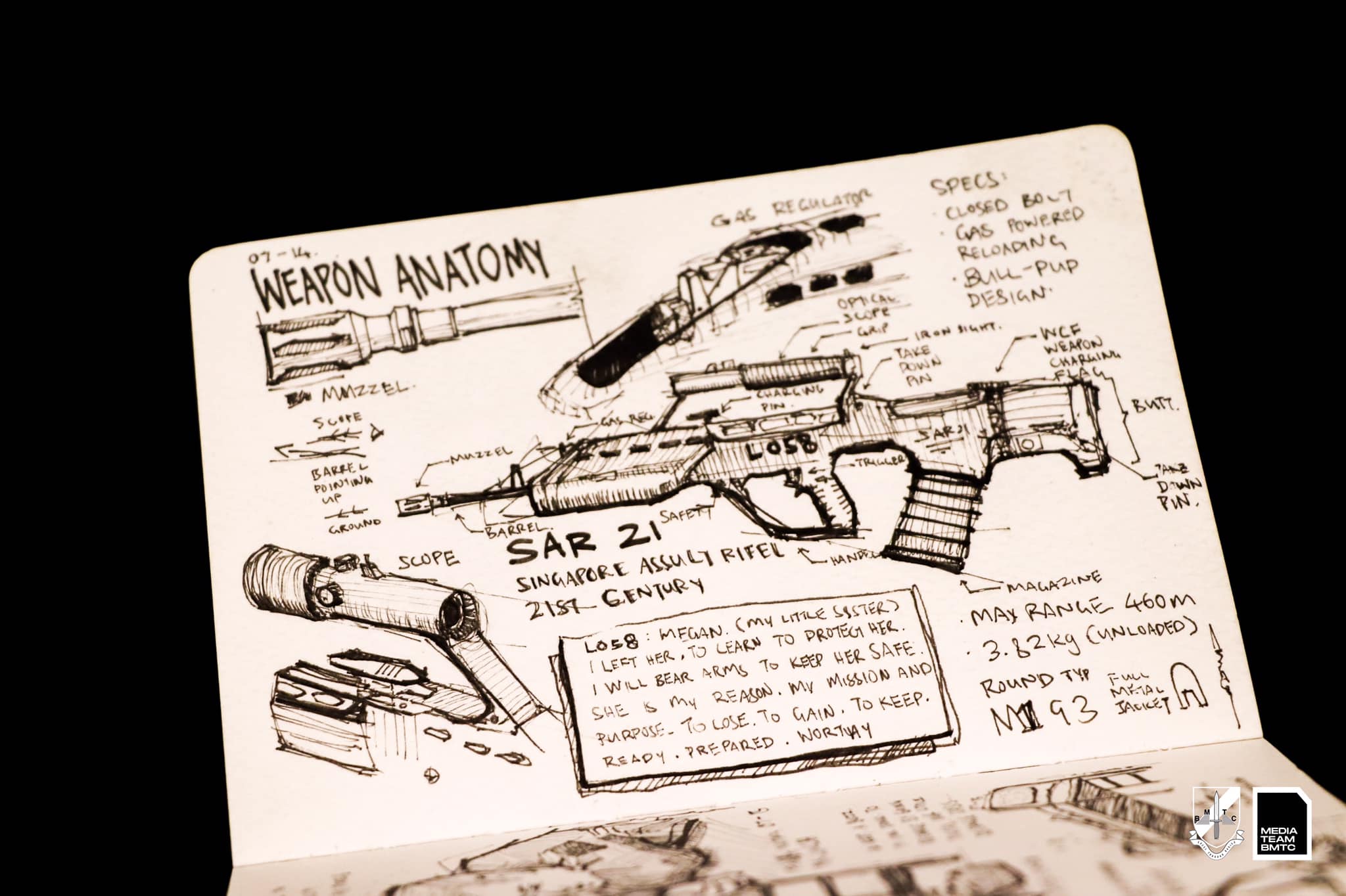 Asher’s sketches often included short excerpts of his experiences and how he felt in that moment. 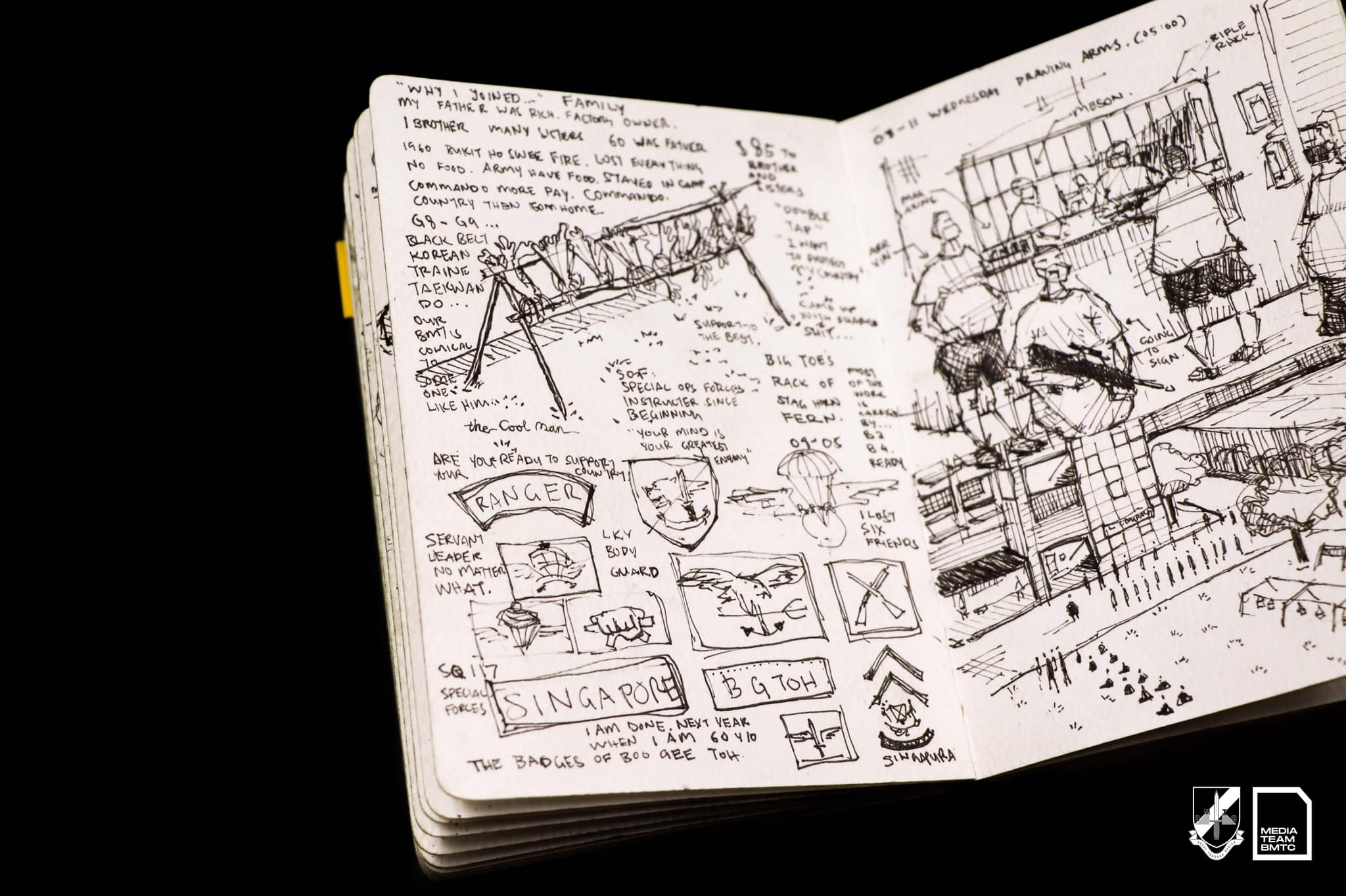 According to Asher, sketching helped him focus on the purpose of his training, community, and nation,

Drawing has helped me to slow down and appreciate the aspects of BMT.

This was also echoed in one of his Instagram story posts, where he shared his desire to tell stories through his drawings. 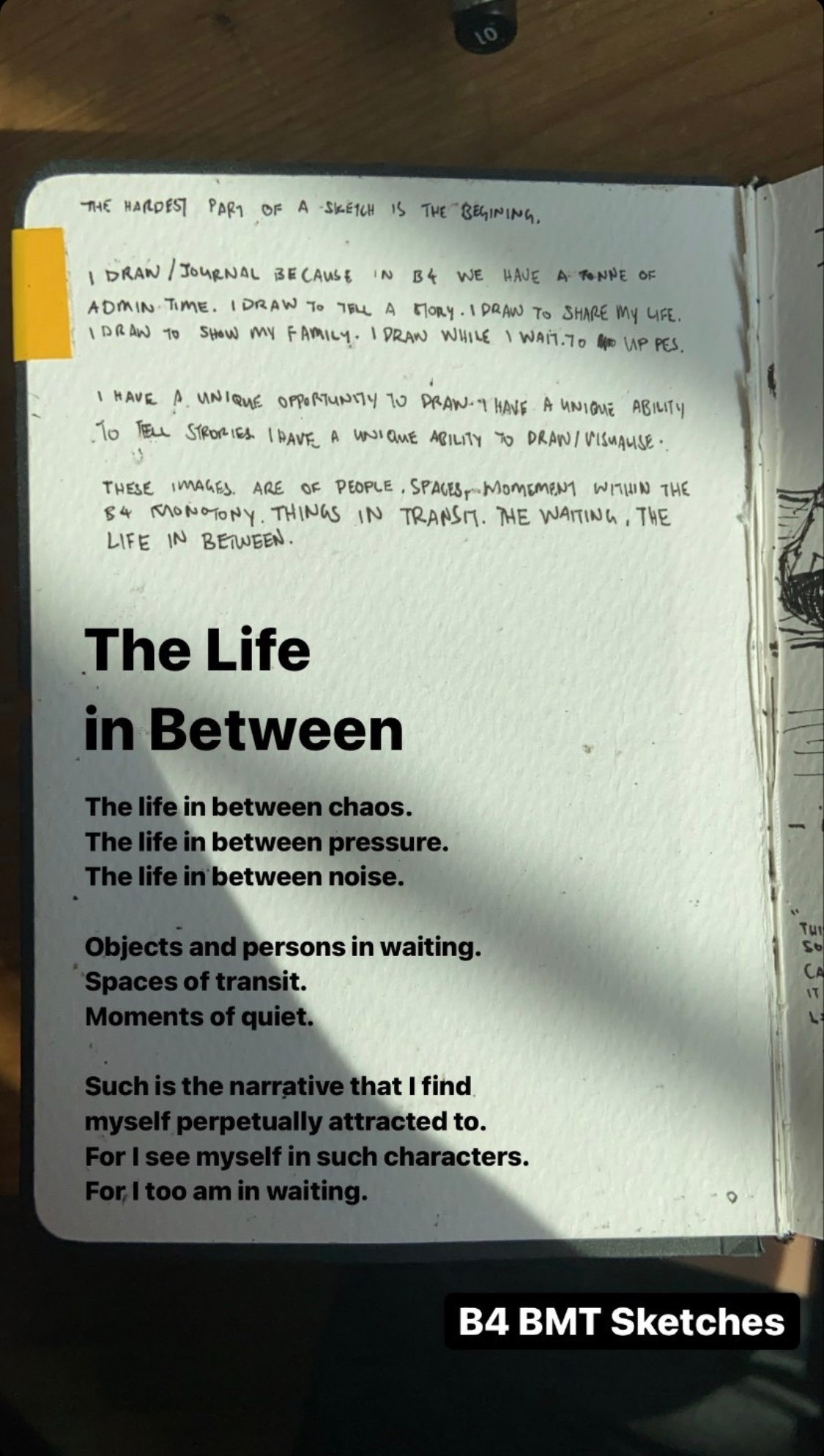 Making the best out of our passions

In fast-paced Singapore, it is easy to get caught up in the whirlwind of things. Hence, finding hobbies we enjoy can allow us to appreciate the beauty of simple things in life.

We’re happy to see Asher making the best out of his free time while going through BMT.

It is also nice to hear him having more appreciation for our NS programme through his passion for the arts.