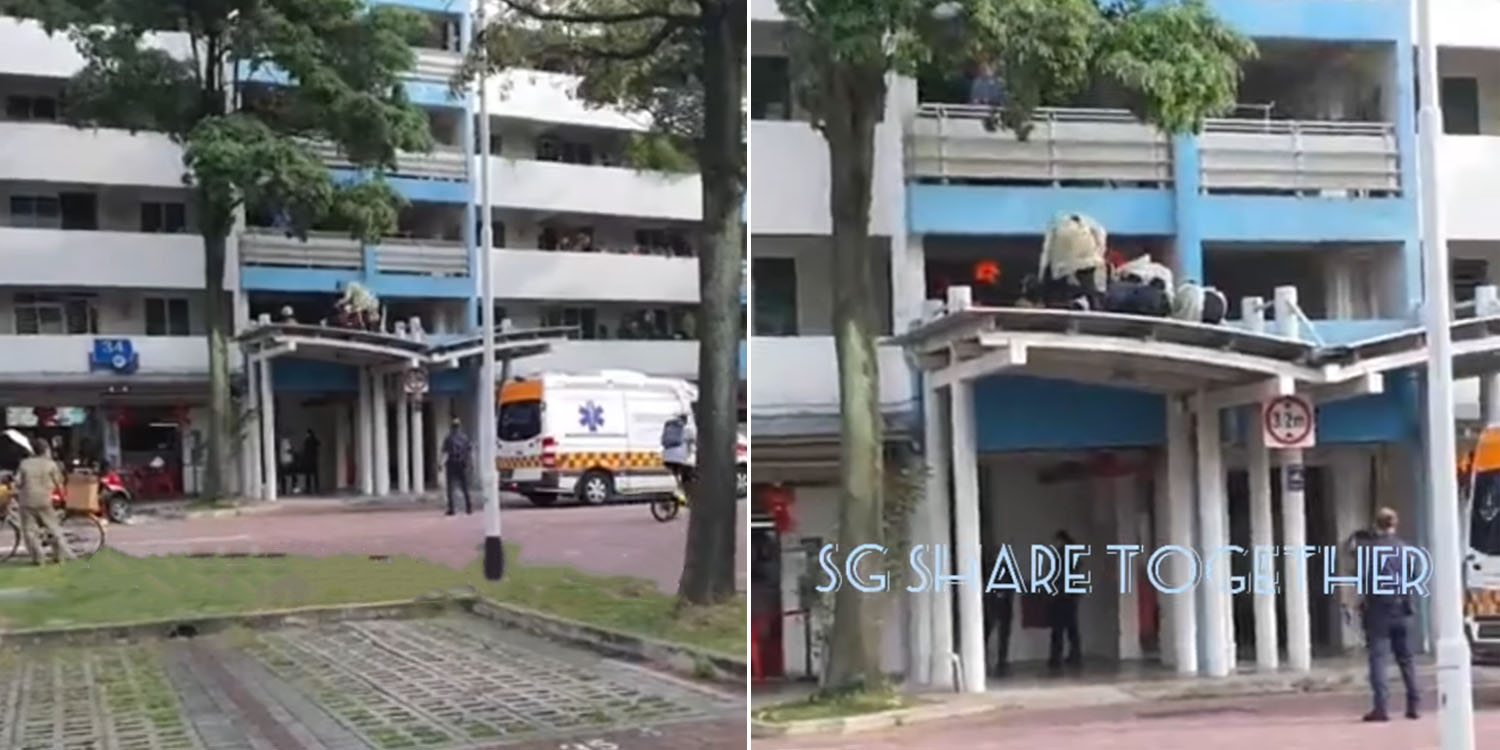 What was supposedly a quiet Friday evening on 14 Jan turned out to be a tragic one for folks at Block 34 Whampoa West.

A 33-year-old lady had fallen from a height and onto a walkway shelter at the foot of the block.

Sadly, the lady succumbed to her injuries on the way to the hospital.

In a video circulating on Facebook, paramedics and what appear to be police officers stood on a pathway shelter that extended from the foot of the block. 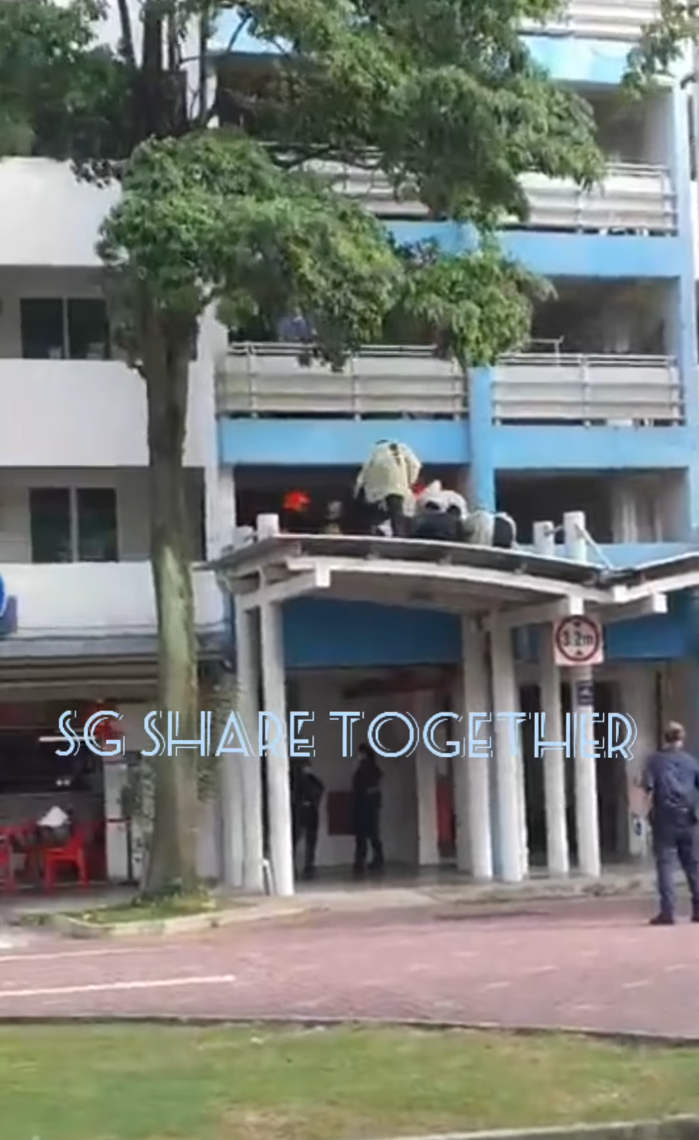 An ambulance was also parked next to the shelter. 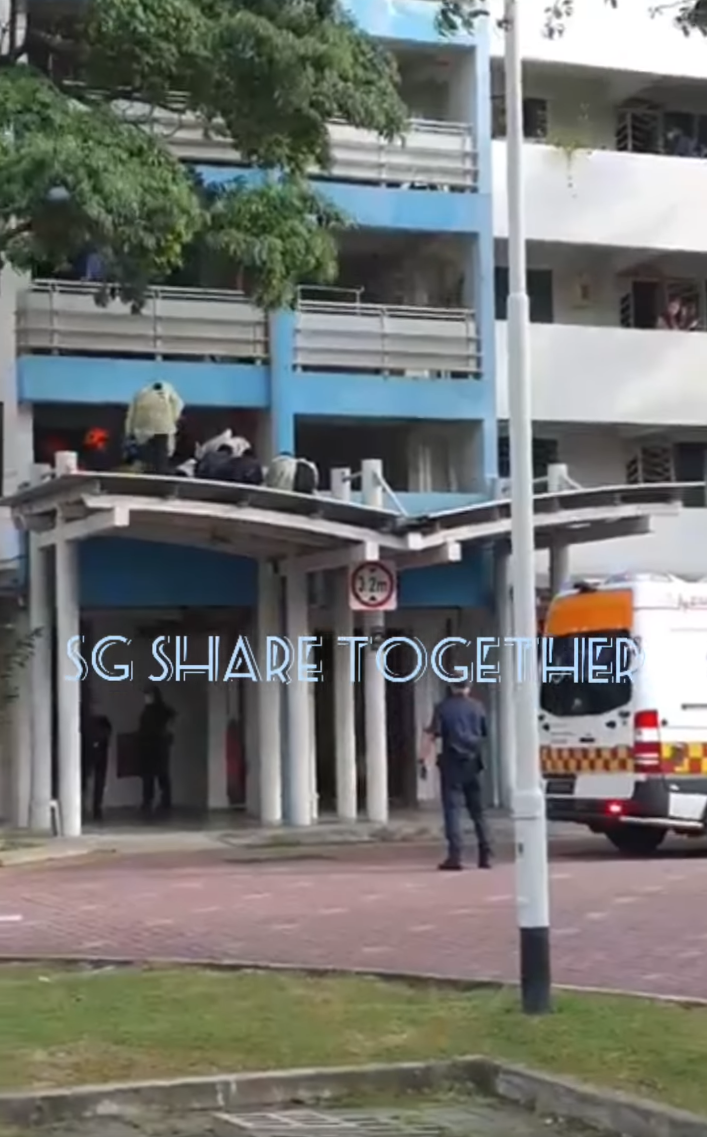 The commotion in question was apparently at Block 34 Whampoa West, an HDB block with a famously long corridor.

According to 8World News, it was believed that a lady had fallen from a height onto the shelter.

As officers and paramedics attended to the lady on top of the shelter, some cops stood guard nearby.

Lady reportedly succumbed to injuries after conveyance to hospital

In response to MS News’ queries, SCDF said they were alerted to the case at about 5.15pm on Friday (14 Jan).

Upon arriving at the scene, SCDF officers manually rescued a person from the roof of the walkway.

They subsequently conveyed the individual to the nearby Tan Tock Seng Hospital.

According to a police statement cited by 8World News, the casualty was a 33-year-old lady who was in a half-conscious state upon arrival at the hospital.

Unfortunately, she succumbed to her injuries shortly after.

The police are currently investigating the case, but have preliminarily ruled out the possibility of murder.

May she rest in peace

It’s saddening to hear about anyone passing away in such a manner — one can only imagine the pain the lady had to go through.

MS News extends our condolences to the family and friends of the deceased. May she rest in peace.