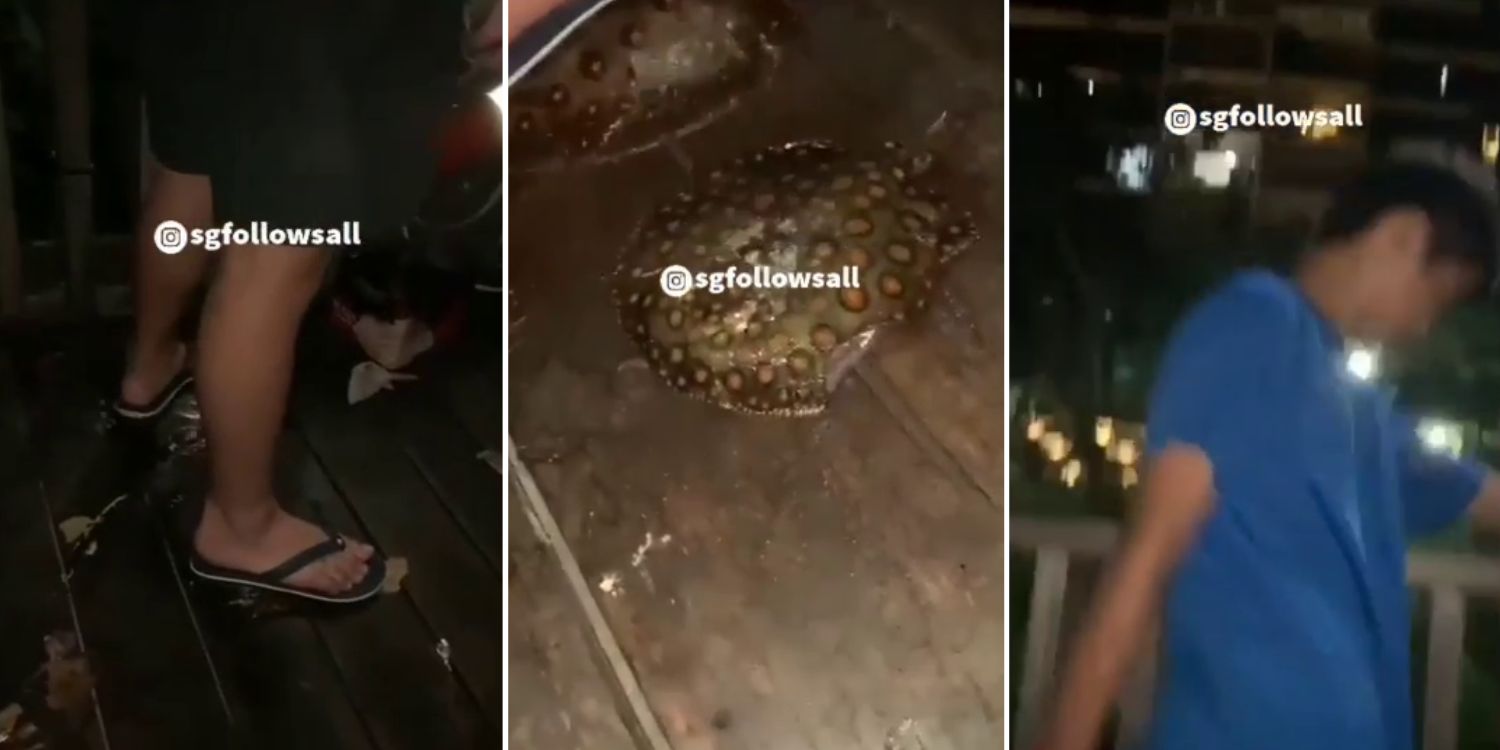 He allegedly had a kill count of 11.

On Tuesday (7 Jun), a video posted on Instagram by @adminsgfollowsall showed a boy stepping on two motoro stingrays.

The Animal and Veterinary Service (AVS) is currently investigating the incident.

STOMP reported that a boy was filmed stepping on two stingrays, which looked to be quite young.

The video was posted on Instagram by @adminsgfollowsall on 7 Jun.

Adult motoro stingrays can grow up to 1m in length, but the ones in the video were as small as the boy’s slippers.

Apart from stepping onto the defenceless animals, the boy used his foot to move the stingray around.

Furthermore, some netizens identified an account, which purportedly belonged to the boy in the video. The account’s bio said they had a “Motoro kill count” of 11.

AVS investigating case of animal cruelty against the stingrays

Responding to STOMP, the Group Director of AVS at NParks Jessica Kwok said they take animal cruelty cases seriously and will look into the matter.

While AVS continues to ensure that the necessary enforcement action is taken and raise awareness on animal welfare, members of the public can play a part by promptly reporting suspected cases of animal cruelty to AVS.

She also encouraged the public to offer information on this case.

Under the Animals and Bird Act, those found guilty of animal cruelty can face up to 18 months’ jail, a fine of up to S$15,000, or both.

Just like human beings, animals should be treated with dignity and respect.

Hopefully, the boy will face the appropriate consequences from the authorities and be educated on why animal cruelty is wrong.

We urge anyone with relevant information to contact AVS here and assist in their investigations.