Some might argue that a downside of working from home (WFH) is the blurring of boundaries between work and leisure.

That was certainly the case for a British HSBC employee, who, upon suffering a heart attack when WFH, allegedly thought it was “inconvenient” for his job.

However, during his stint in the hospital, he came to the realisation that WFH has aggravated the culture of overwork.

He then took to LinkedIn to share his plans on changing his working style, claiming that he won’t be “spending all day on zoom anymore”. 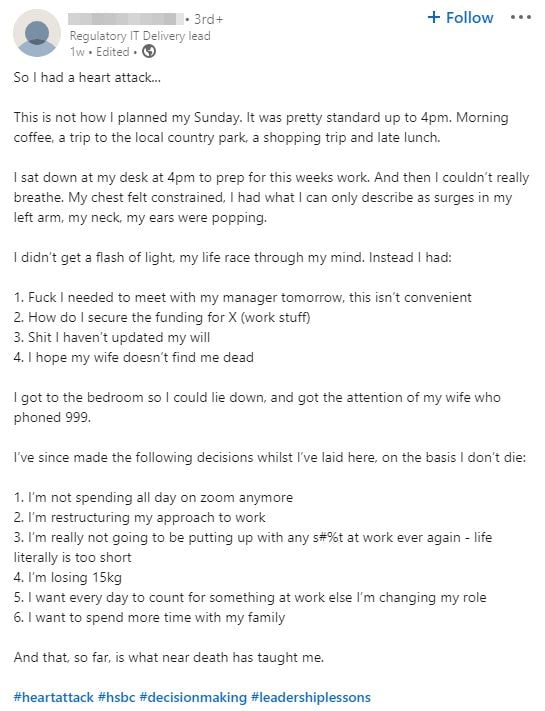 Garnering over 11k comments and 220k likes in a week, his post seems to have struck a chord with many around the world.

It all happened on a Sunday afternoon when Jonathan sat down to prepare for work assignments due the following week.

Speaking to Bloomberg, the 45-year-old said he started working on weekends since WFH became the norm.

All of a sudden, his chest felt constrained and he couldn’t breathe.

He also felt surges in his arm and neck, and his ears were popping — he was having a heart attack.

However, the first thing he thought of was reportedly how the episode got in the way of him meeting his manager the next day.

Then he thought about more work-related stuff, then his will, and lastly his wife, wrote Jonathan.

Working from home takes its toll

But luckily, he got hold of his wife who helped him call an ambulance.

As of the time of this article, Jonathan is still recovering from his hospital stay. By posting his story on social media, he wants to spark conversations on the drawback of WFH. 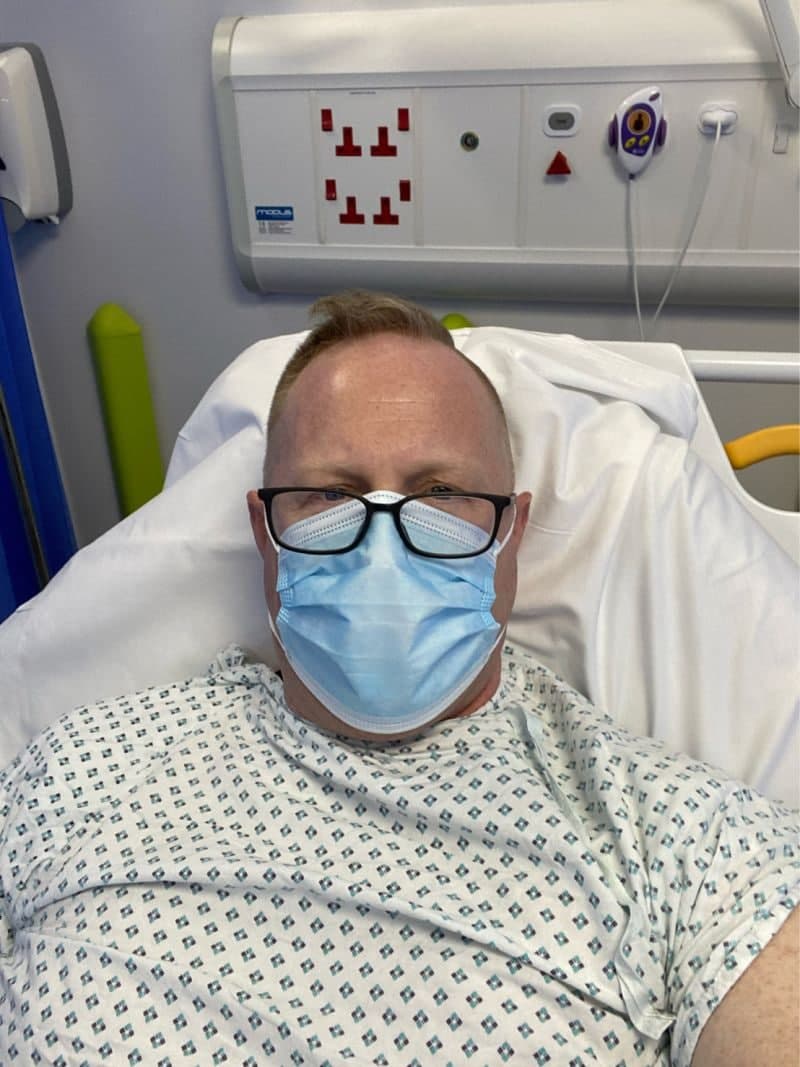 In his interview with Bloomberg, he says that his co-workers and him frequently engaged in long Zoom calls, with some stretching to 12 hours.

Unlike pre-Covid times, they are also unable to have conversations by the desk-side or the coffee machine.

Neither can they take spontaneous walks and have a chat. He aptly summaries,

The isolation of remote work takes a toll.

While lying sick in a hospital bed, Jonathan decided to revamp his lifestyle.

Limiting durations of zoom calls, losing weight, and spending more time with his family are among some of his central goals.

Being a team manager himself, he urged employers in the industry to allow more flexibility in their post-pandemic work arrangements.

After all, he only started working until 8pm after WFH became a norm. Before that, he ended work between 5-5.30pm.

Important conversation on implications of WFH

Many of us are getting used to the WFH arrangement and the conveniences that come with.

But Jonathan’s realisations drive an important conversation on the toll that working in isolation takes.

As the pandemic gets under control in some parts of the world, perhaps more thought ought to be spared on the future of work-life balance.

We wish Jonathan a speedy and smooth recovery and hope he will be discharged soon.