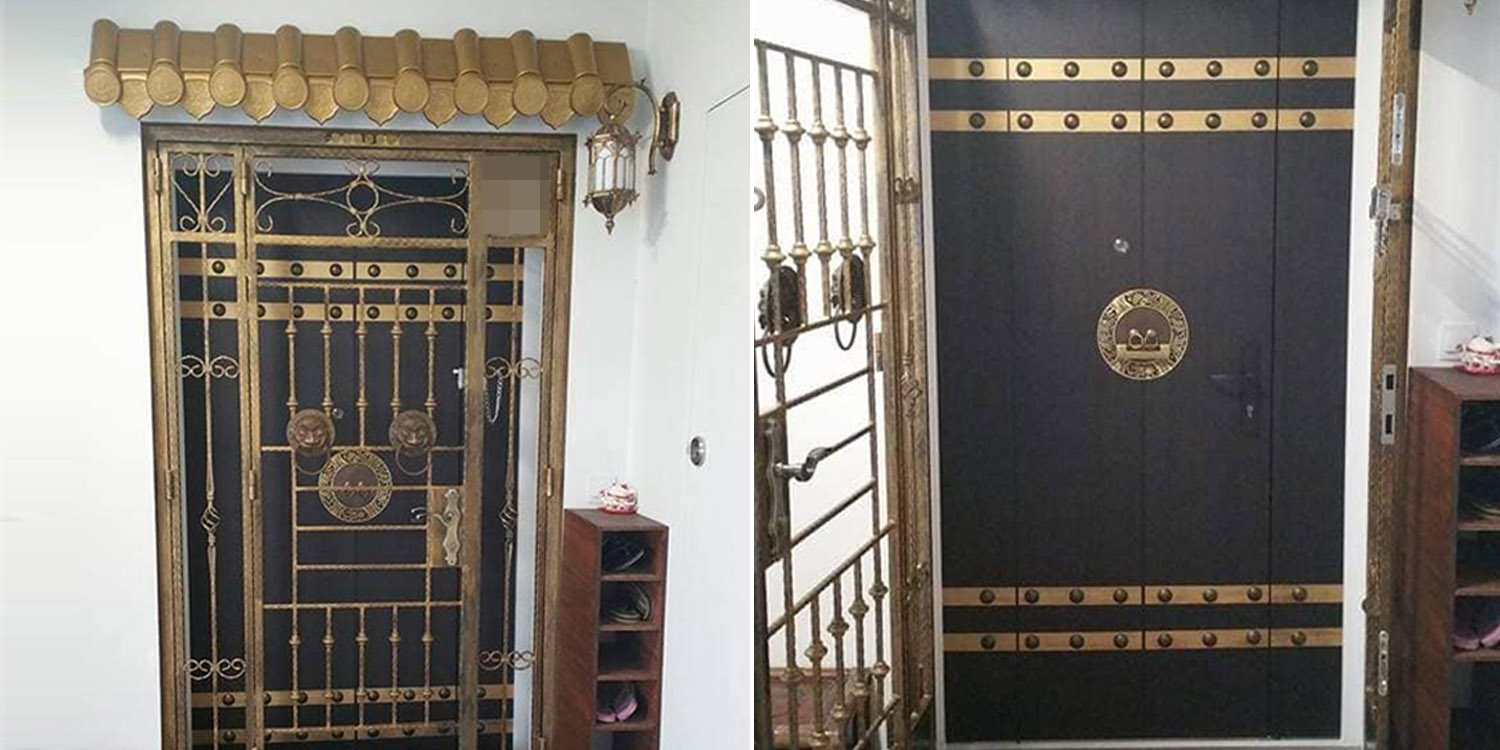 Many BTO owners decorate their houses in a way to make them look modern and futuristic.

One Singaporean, however, decided to rewind time with his BTO apartment by decorating his doorway into what now resembles an ancient Chinese home.

Here’s the magical part — he did it all by himself, mainly using products bought from Taobao.

Singapore BTO doorway looks like a gateway into ancient China

Before the makeover, the doorway appeared rather vanilla with a brown wooden door and golden metallic gate. 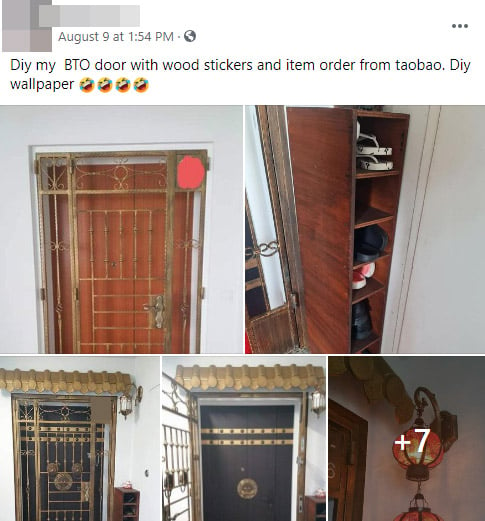 The most glaring difference is, without a doubt, the glazed tile shelter that now rests above the doorway. 2 bronze door knockers were also added to the metal gate, each adorned with a tiger’s face.

Another adornment included red Chinese lanterns hung on the sides of the doorway, which instantly added to the festive vibes. 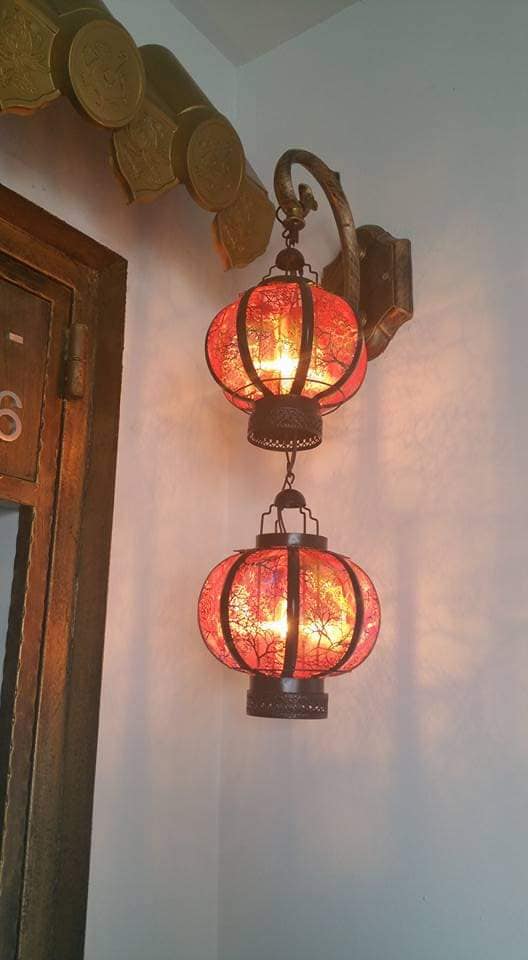 Pieces of textured wood stickers were applied on the door, making it look as if it was made of atas and rare sandalwood. 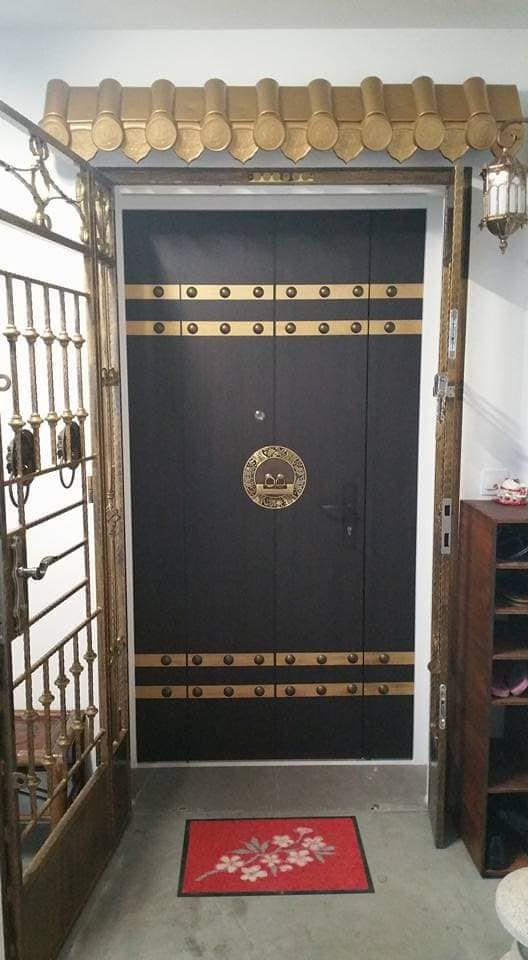 Strips of golden decorative hardware were also affixed on the door, adding an element of contrast to the dark brown door.

In response to queries about the decorations, Mr Tan said they were either “wood stickers” or “items order(ed) from Taobao”.

Netizen joke that it reminded him of Haw Par Villa

Netizens were in awe of Mr Tan’s DIY skills, transforming the otherwise plain doorway into one full of character.

Another joked that the decorations bear a resemblance to exhibits at Haw Par Villa — we’re not sure if that’s necessarily a flattering compliment given what the latter is meant to replicate.

It’s slightly ironic that a doorway zhng-ed to look like an ancient home feels refreshing in our modern society.

Mad props to Mr Tan for going to such lengths to decorate his doorway into one that is so unique.

Know someone who might enjoy having such a design for their apartments? Tag them in the comments, so they too get some inspiration.