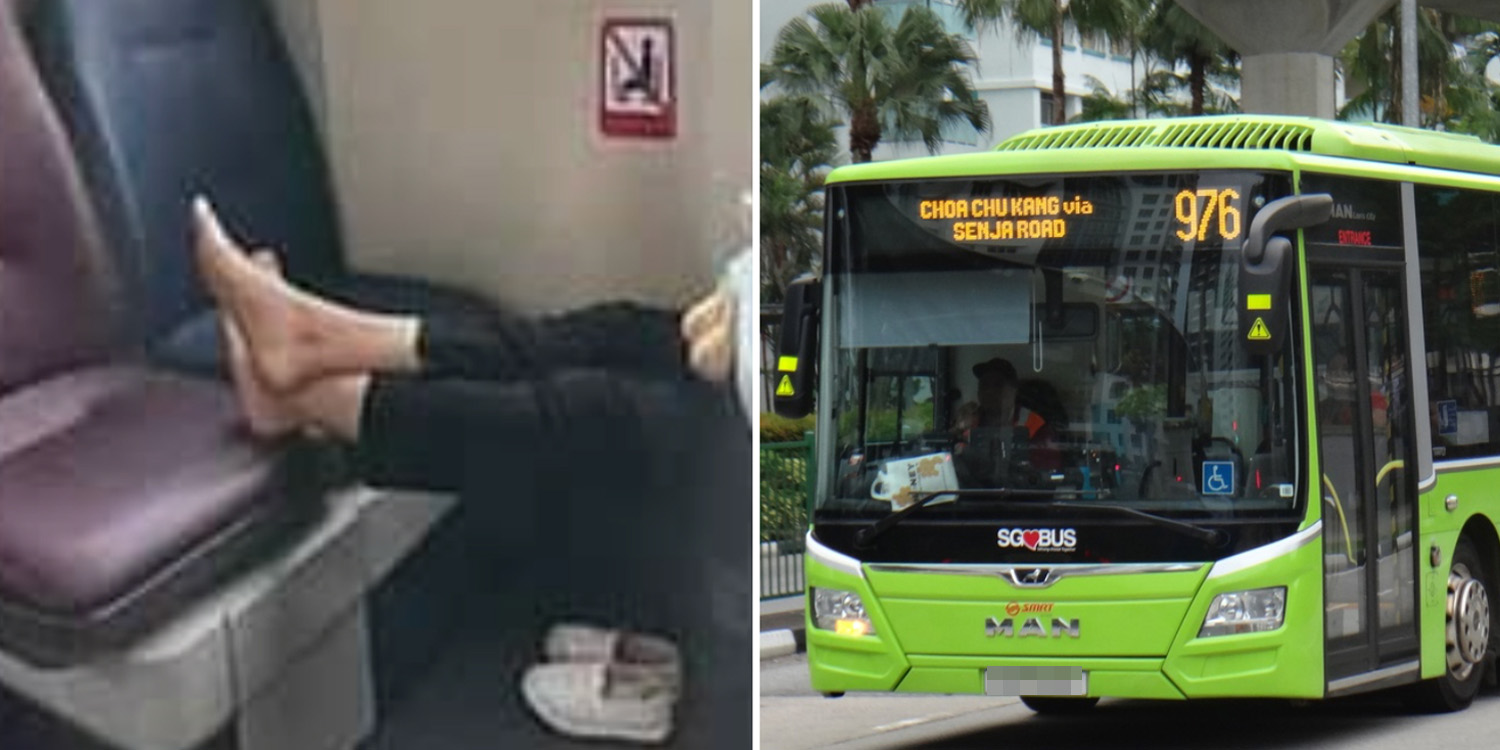 Taking public transport in Singapore is usually a safe and pleasant experience, and should remain so. At times, however, there are some who can be disruptive to others on buses.

A poster apparently seen in Bukit Panjang warned of a woman who allegedly pinches and attacks others on a specific bus service.

On top of this, an accompanying picture showed that she also took up space by putting up her feet on seats.

In a Facebook post on Monday (8 Feb), Shin Min Daily News shared an image of a poster which shows a white-shirted woman on a bus, with her legs lifted onto the seat opposite her. 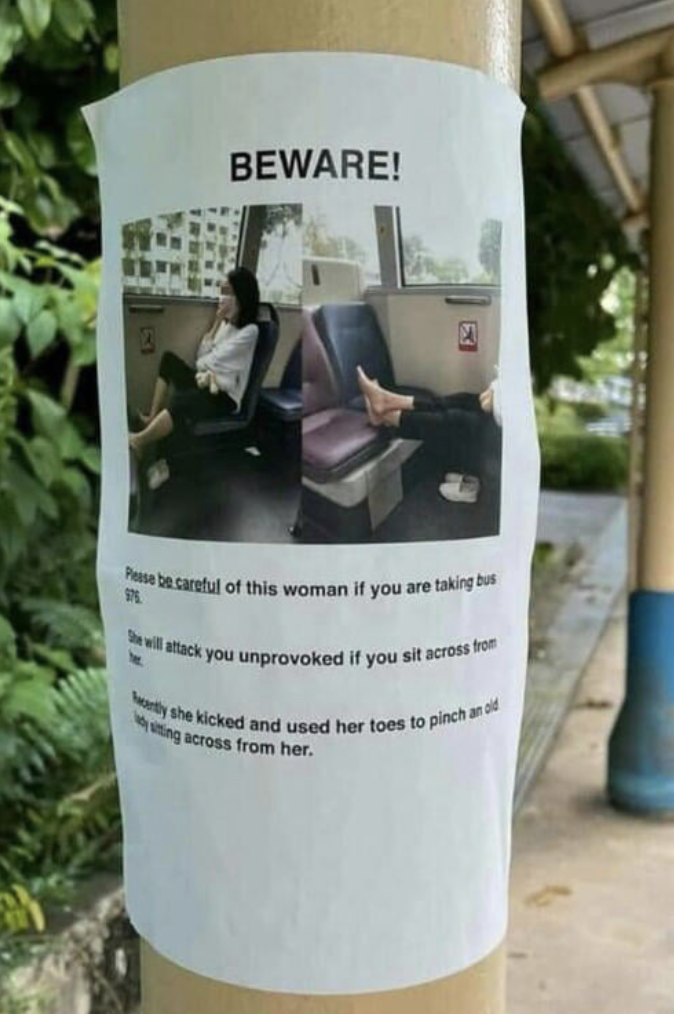 The poster warned of a woman, who “will attack you unprovoked” if you happen to sit across from her. 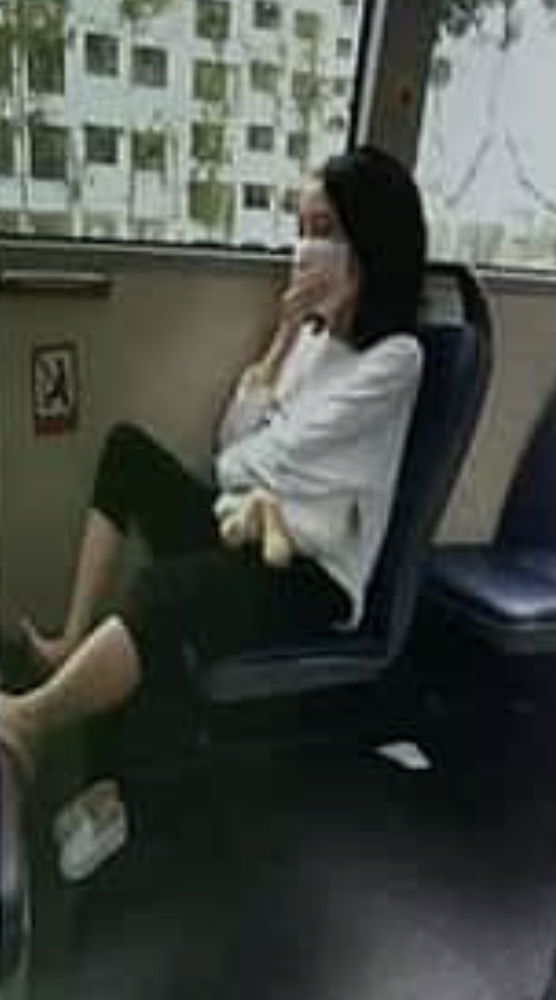 Whoever made the poster also warned that the woman recently kicked at and used her toes to pinch an elderly lady who was sitting across her. 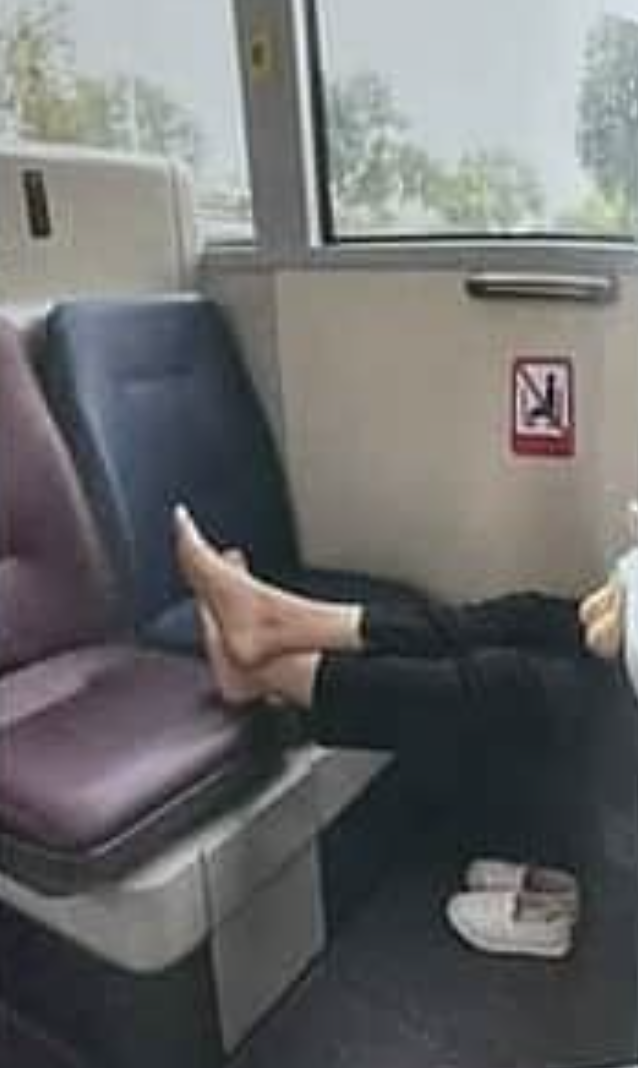 It seems that leaving the woman alone may not guarantee one’s safety as she may attack commuters sitting across from her despite being unprovoked.

According to some netizens, they apparently spotted the poster around Bukit Panjang.

The concerned commuter hopes that others will be careful around this lady should they be taking bus service 976.

According to TransitLink, the service starts at Choa Chu Kang and Bukit Panjang Interchange. 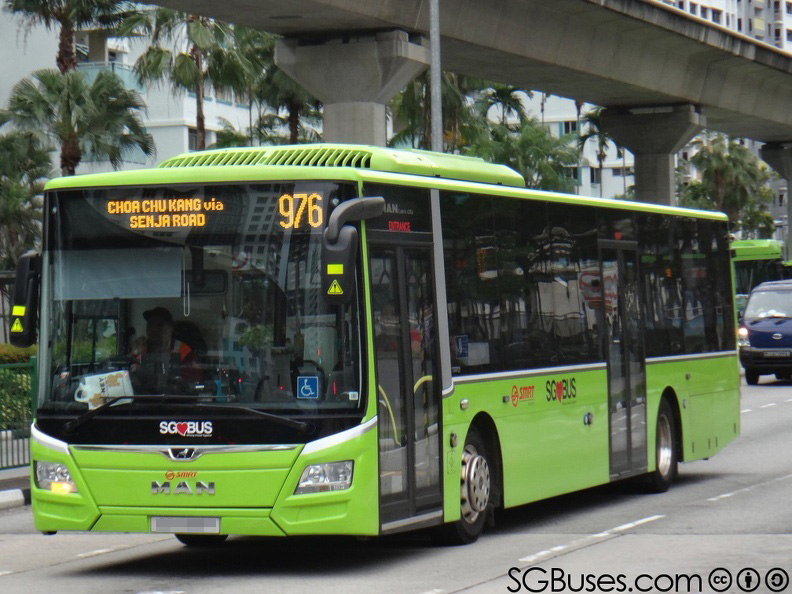 Streets that the bus plies through include Petir Road and Pending Road.

Here is a link to the full list of bus stops.

Be kind to others on public transport

While the woman’s behaviour is described in a most unpleasant way, it may not be possible for some to totally avoid taking bus 976. After all, we still have to get to work or run errands.

Perhaps there was some reason to place the posters up initially, but hopefully she’ll now be deterred from bothering other passengers.

We all deserve some peace and quiet when getting from place to place on public transport.