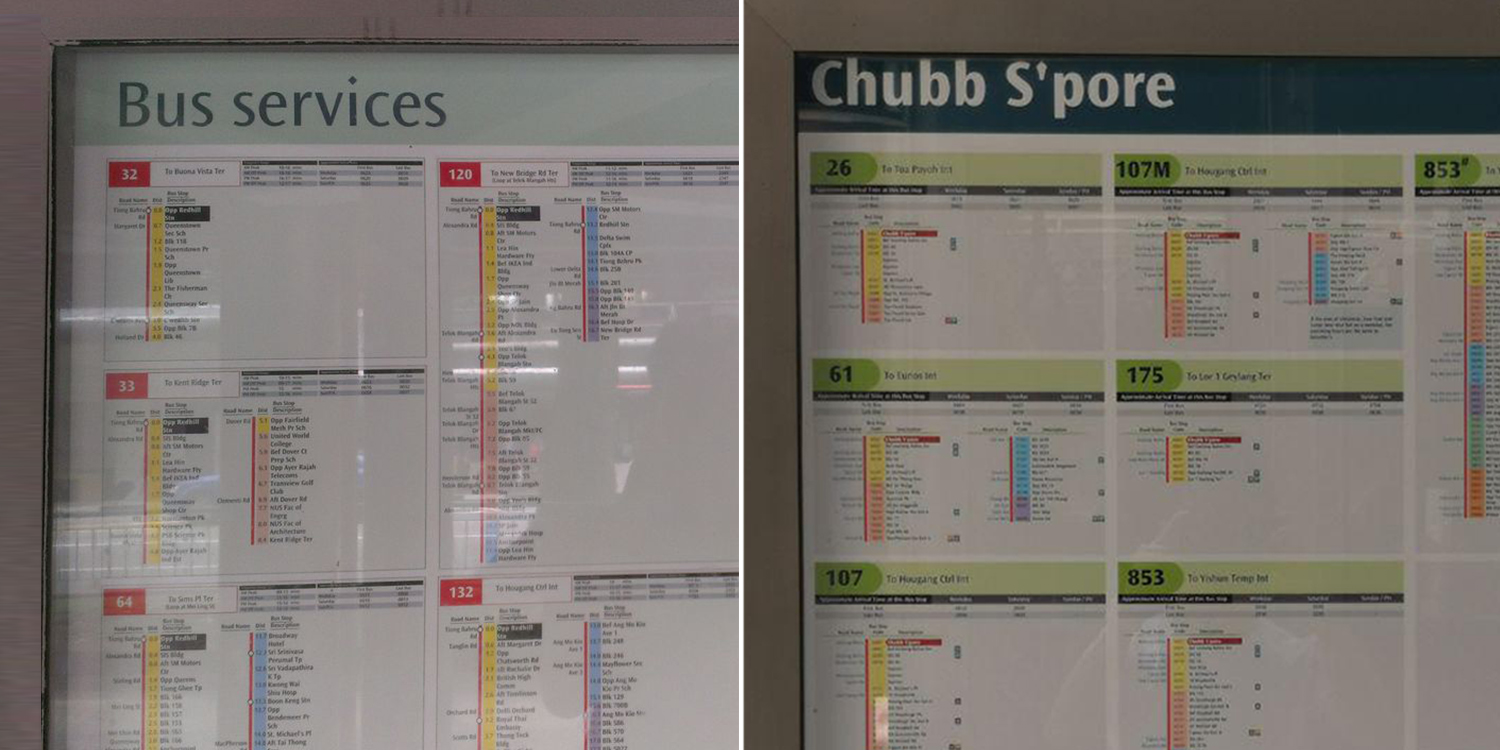 Check for unique bus stop codes instead of distance travelled.

Nothing is as Singaporean as being part of a crowd of commuters squinting at a bus stop board, while simultaneously checking Google Maps on their phones. 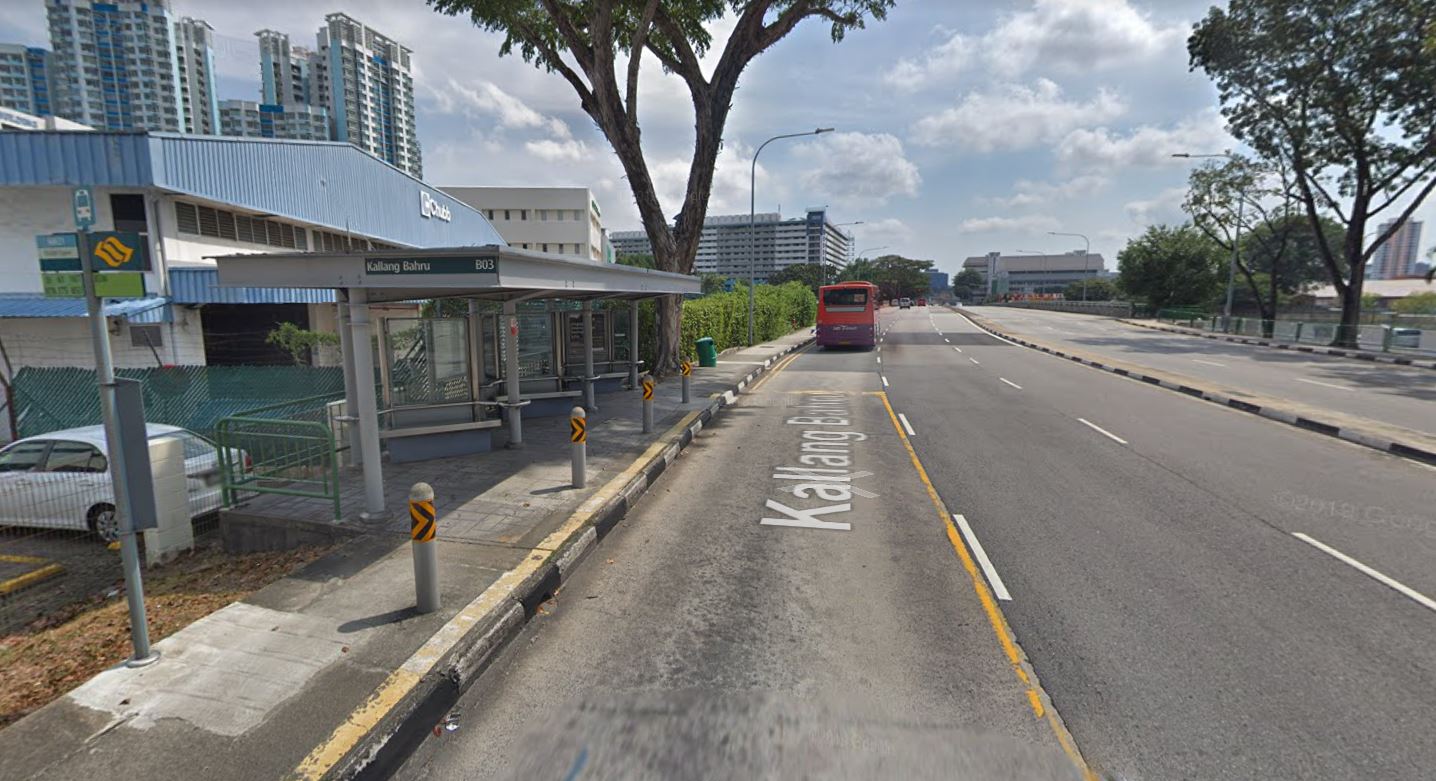 If you have always struggled to find your preferred bus’ estimated time of arrival due to the tiny font, you’ll love the redesigned posters that now adorn bus stops across our island.

Land Transport Authority (LTA) expects that the new posters will be available at all bus stops by end-2019.

MS News readers have written in to highlight efforts to redesign the format, and we are absolutely impressed with the new layout.

Bus stop signboards are a great alternative to Google Maps when it comes to figuring out how to get to your next destination via public transport.

But commuters who have long lamented about the smaller font and irrelevant info will appreciate the redesign for using colours effectively to segment the distance fares.

Here’s the old design for comparison. 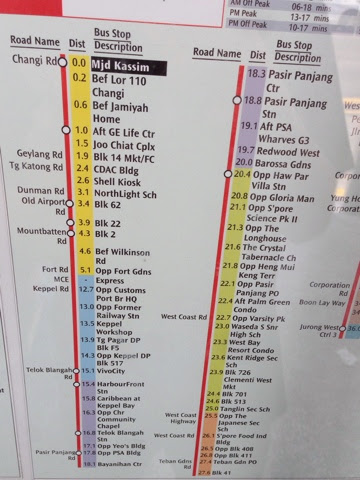 We think the new posters emphasise the bus numbers much more effectively with larger font — which makes reading easier for senior commuters.

The information is also a lot more compact, evidenced by Bus 151’s long route for this bus stop in Clementi. 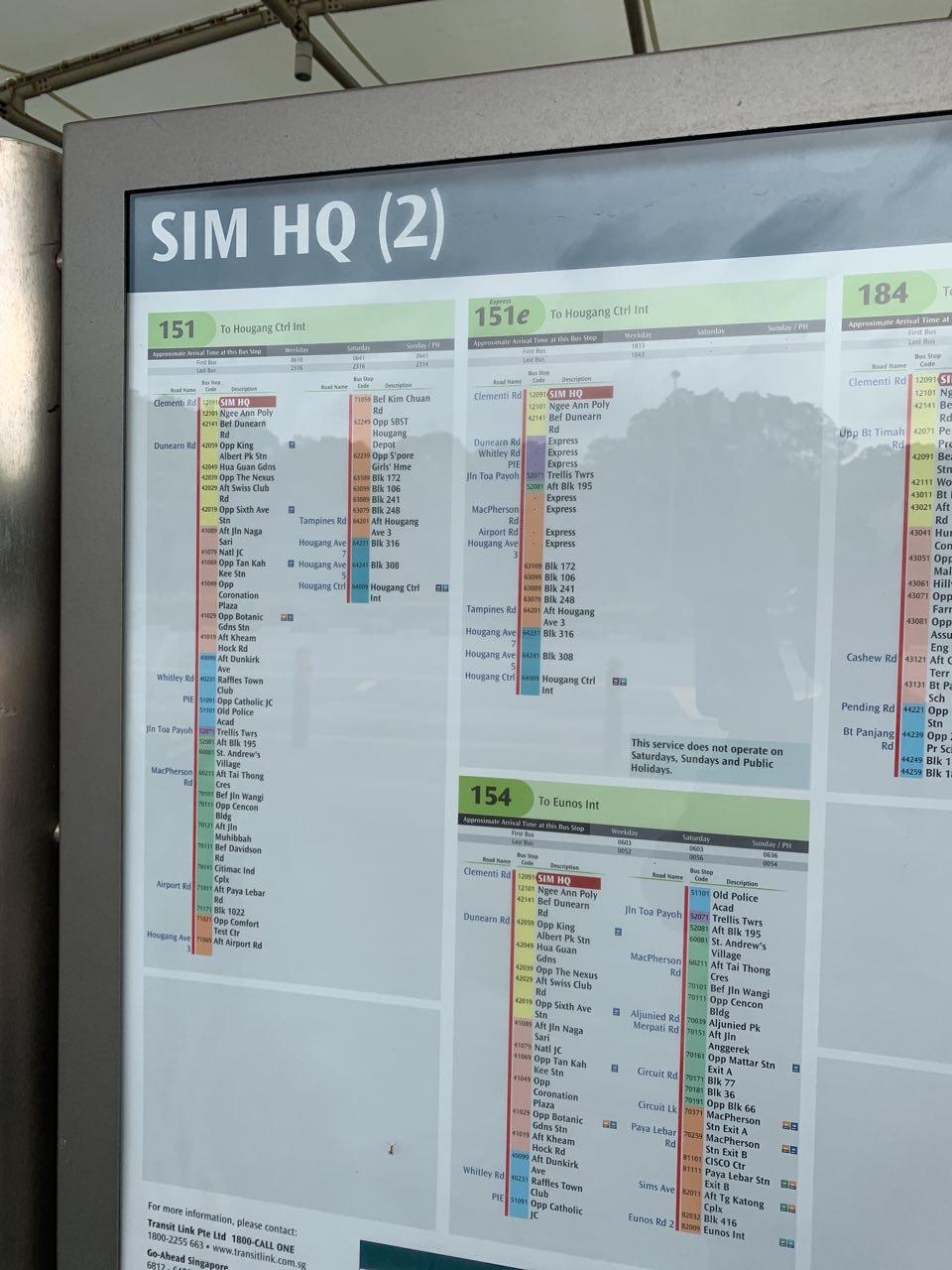 More commuter-centric info is also a key new feature — with the distance between bus stops replaced with each bus stop’s unique code. 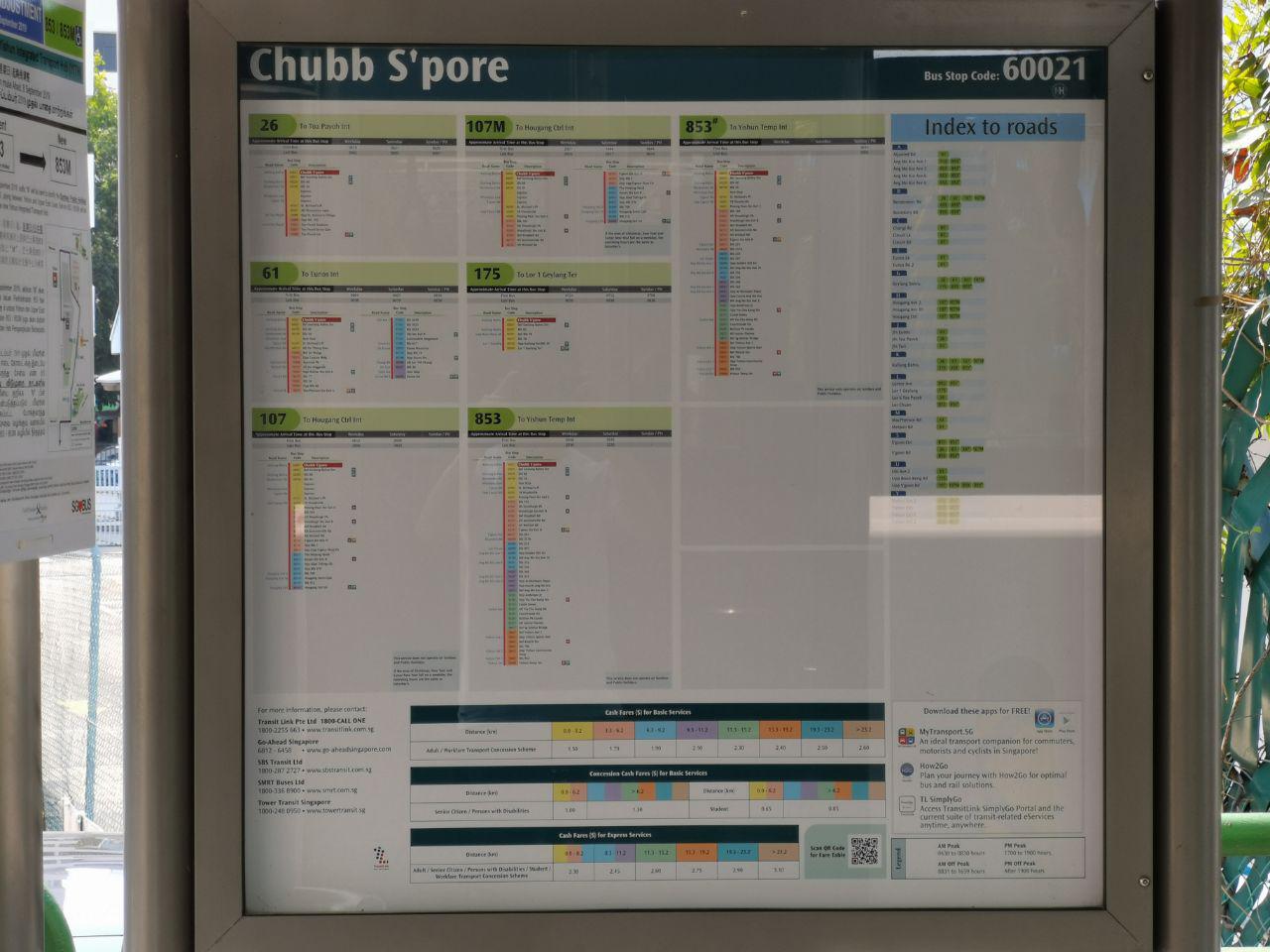 This will definitely help direction noobs – like yours truly – easily key in the code on Google Maps to get an estimated time of arrival.

We expect that the bus stops in your neighbourhood will soon be updated with the new posters.

But until then, MS News readers have spotted the new bus guides since early August in the Clementi area. 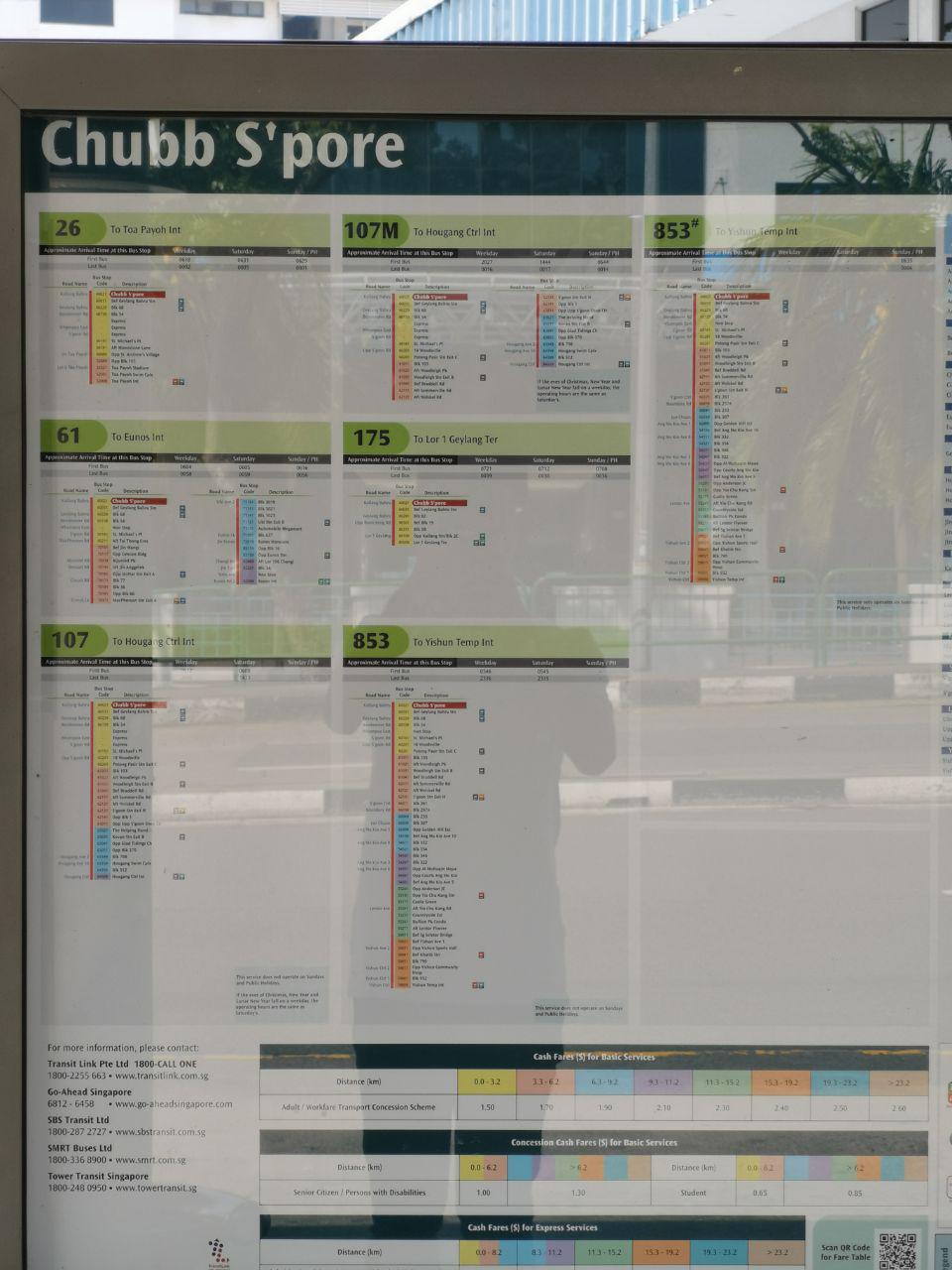 As for Boon Keng residents, you can also expect to see the new posters around your area as well.

MS News understands from an LTA spokesperson that we can expect the new bus stop poster designs to be rolled out to the whole of Singapore by end-2019.

Here’s their statement in full,

As part of LTA’s continuous customer service improvement, we recently implemented a more intuitive bus poster design which incorporates bus stop names and uses larger fonts for bus service numbers. We have been progressively deploying the new design at bus stops since July 2019 and full completion is slated for end-2019.

We hope that Singaporeans from all walks of life will be able to benefit from the redesign of the bus stop posters.

Now, what about the long-awaited MRT Map redesign too? Many civilians have already tried their hands at improving it.

What do you think of the new design? Let us know whether you refer to the bus boards regularly in the comments below.