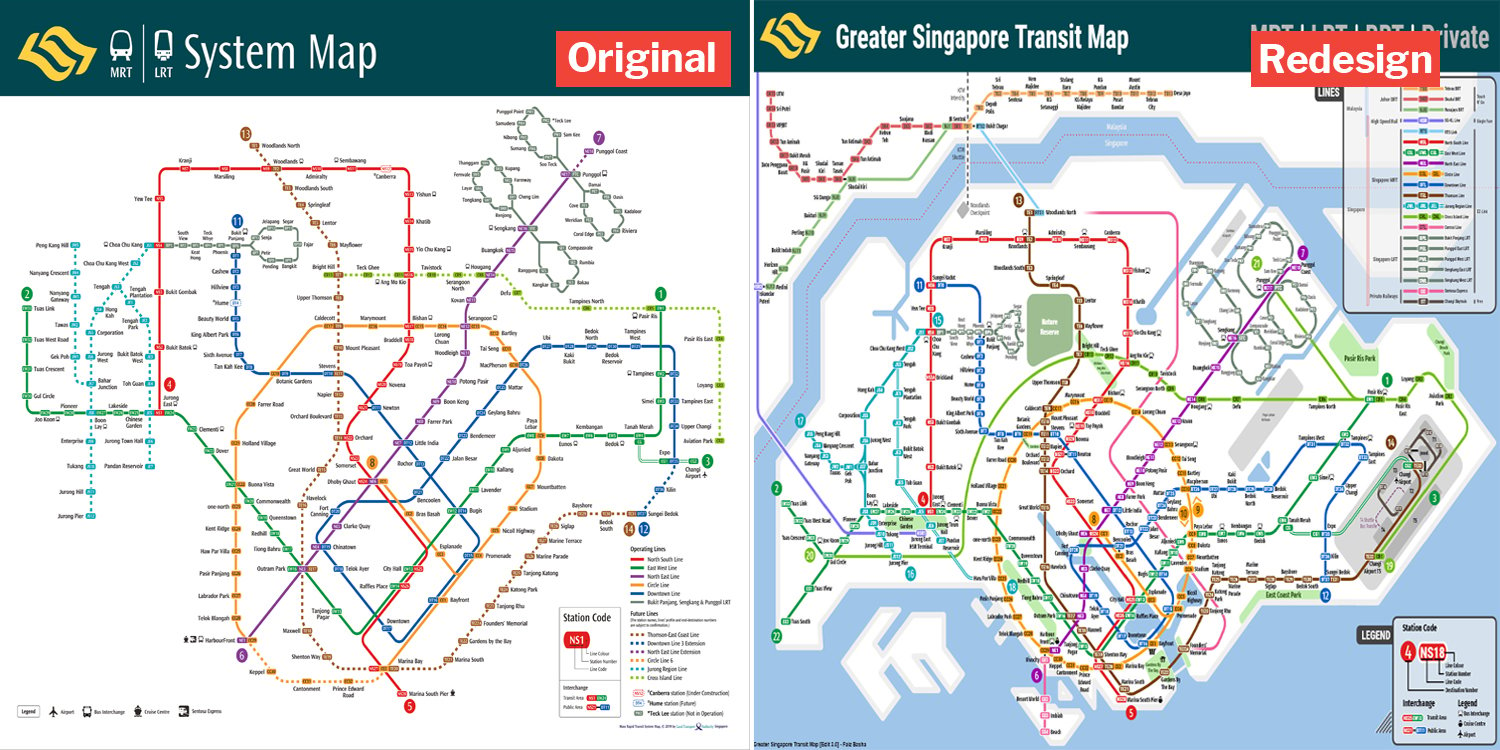 A previously-undiscovered passion for the MRT map and its original meh and messy design has surfaced this past year, with multiple redesigns going viral on the Internet.

Remember that MRT map redesign that featured an actual circle for the Circle Line? That designer, Faiz Basha, came back on 10 Aug just in time for National Day with a new version of the map, with more improvements and with a design tailored to the actual shape of Singapore.

You can get a better look at the map through this link.

2040 might be at least 20 years from now, but the future of the MRT map has arrived.

Faiz has taken care to not only maintain the circular shape of the Circle Line, as with previous designs, but also include the shape of our little red dot and landmarks such as waterways around the Sengkang-Punggol region.

However, we’re not so sure about the geographical accuracy of this seemingly heart-shaped LRT line in Bukit Panjang.

In May 2019, Johor announced that a Bus Rapid Transit (BRT) service would be built and completed by 2022, with possible links to Singapore’s existing MRT service through the High Speed Rail (HSR) and RTS Link.

Faiz has included the BRT lines around the Johor Bahru (JB) area on the map, which Singaporeans visiting JB will likely appreciate.

The map looks amazing, although some might argue that the previous version with its whiteness and very circular Circle Line is better.

However, there is but a single error: the existence of Toy Payoh as opposed to Toa Payoh.

Just kidding, we love the map and reiterate our desire to see LTA adopt one of these awesome designs, even if they’ve announced their own revamp to be released later this year. Good job once again, Faiz!