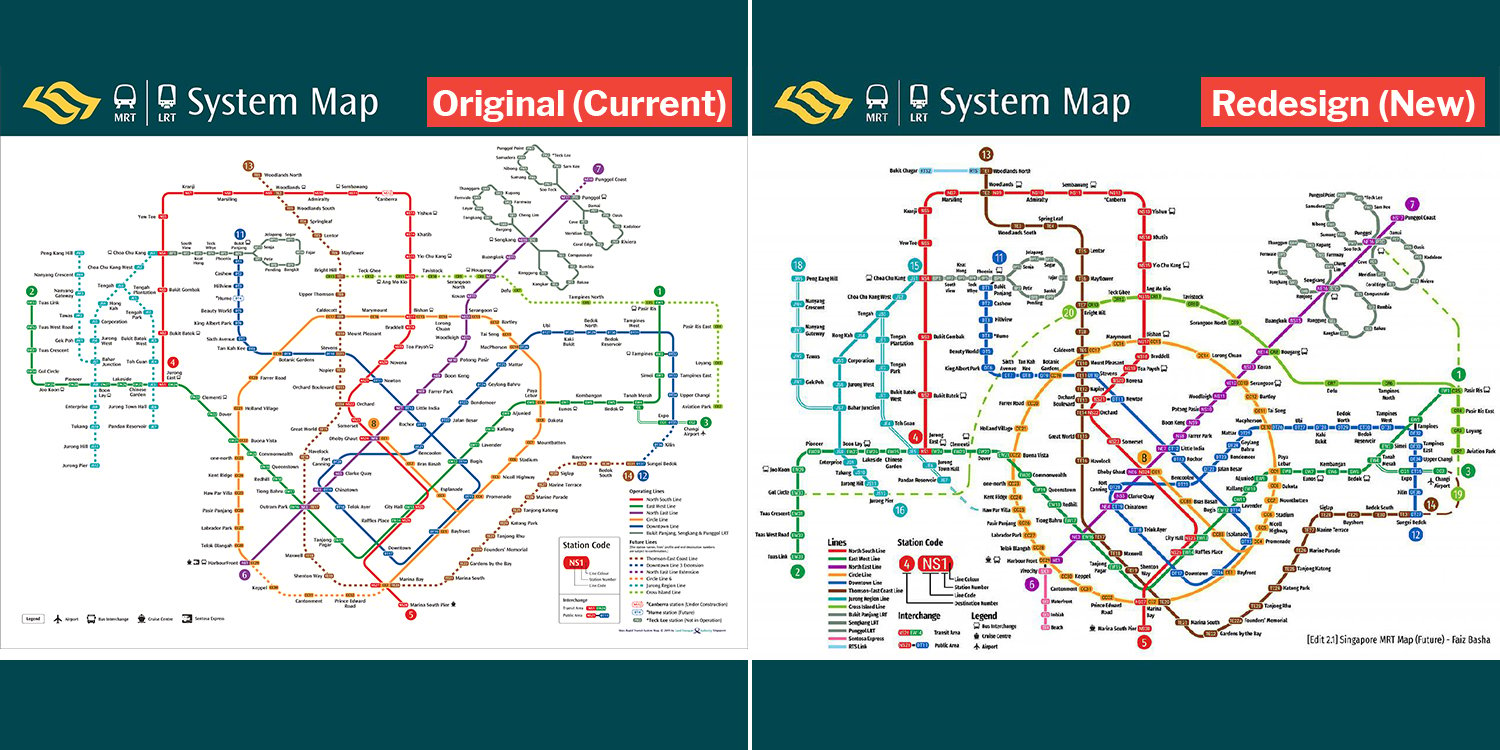 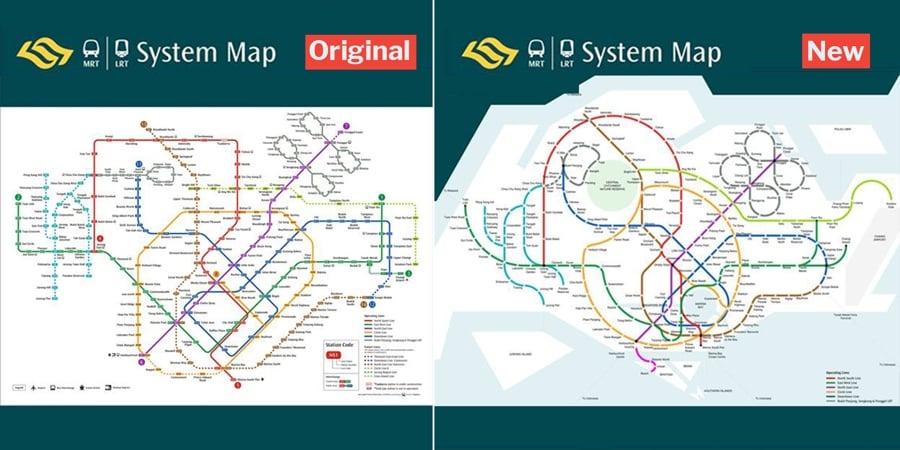 He’s apparently been working on this map for about a year and shares that he thinks it’s actually functional now. 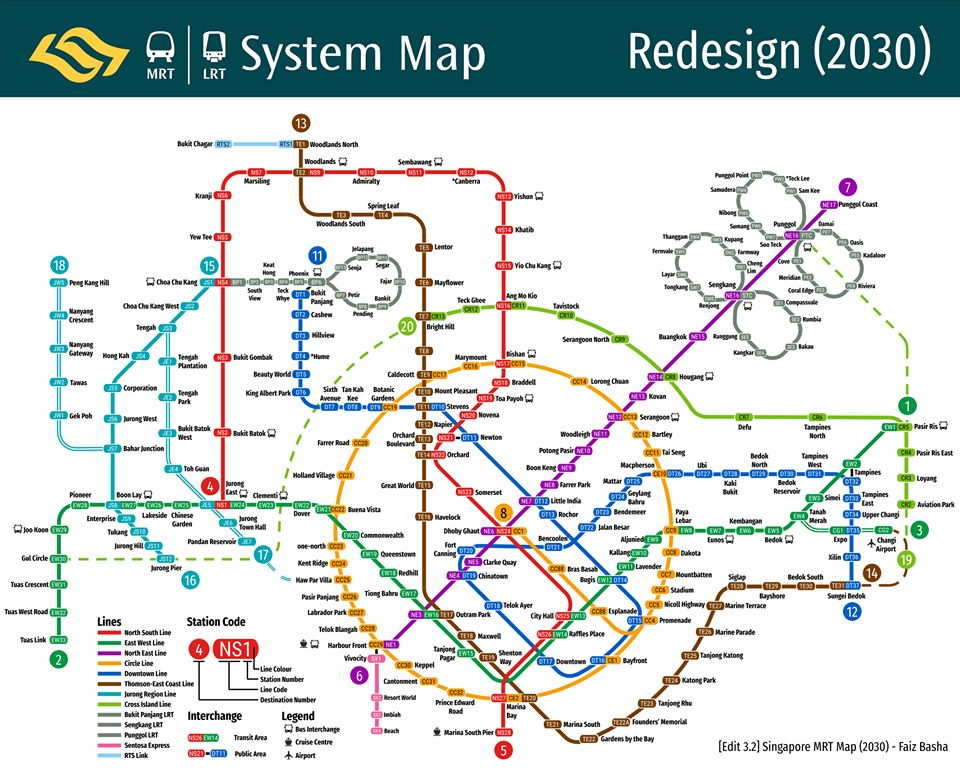 In his own words, he calls it “more utilitarian” and “simplistic” with its iterative design. 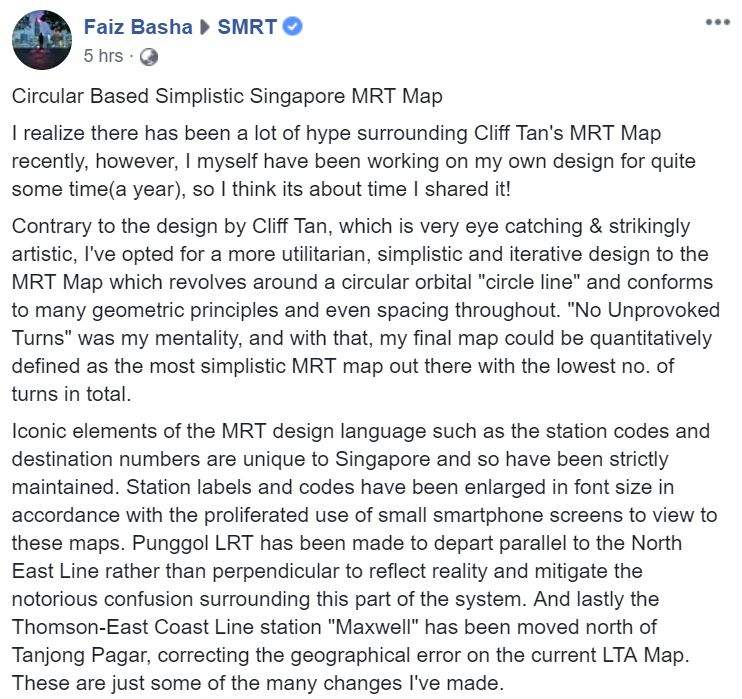 Circle line is really a circle

One of the largest questions remaining in the consciousness of Singaporean commuters is how our Circle Line isn’t exactly circular on our map. 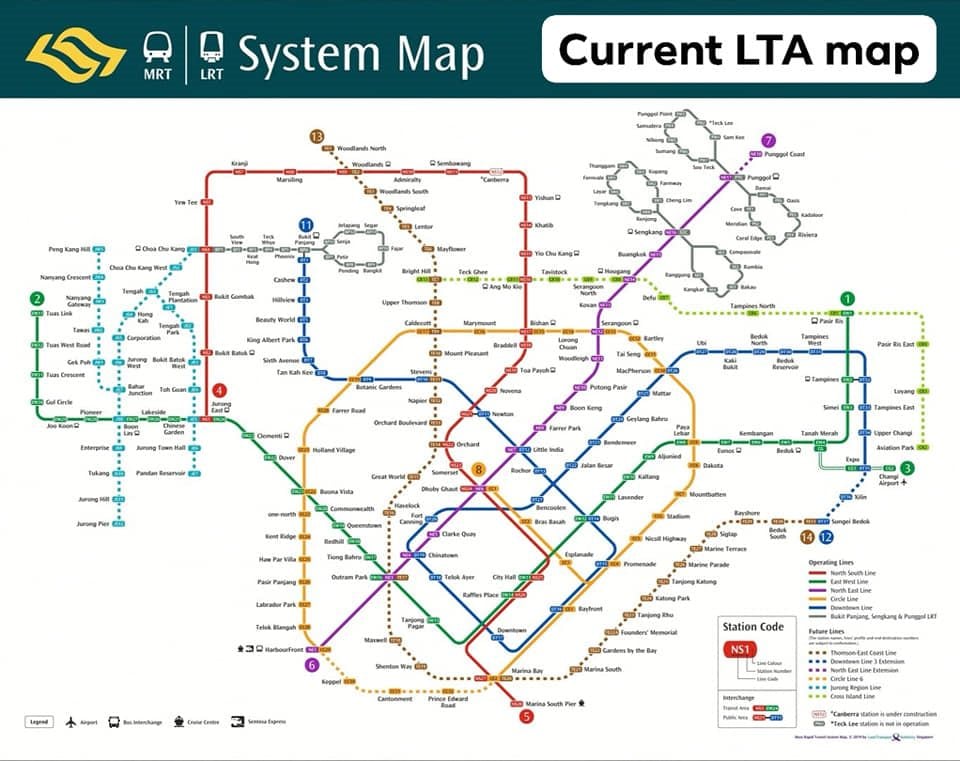 Land Transport Authority’s version uses an angular structure to presumably optimise space in the design. Aesthetically, however, it begs the question of calling our yellow line a “Circle Line”.

Faiz’s version conforms to “geometric principles” and “even spacing throughout”, and frankly is a pretty breathtaking attempt at beautifying our already clean map. 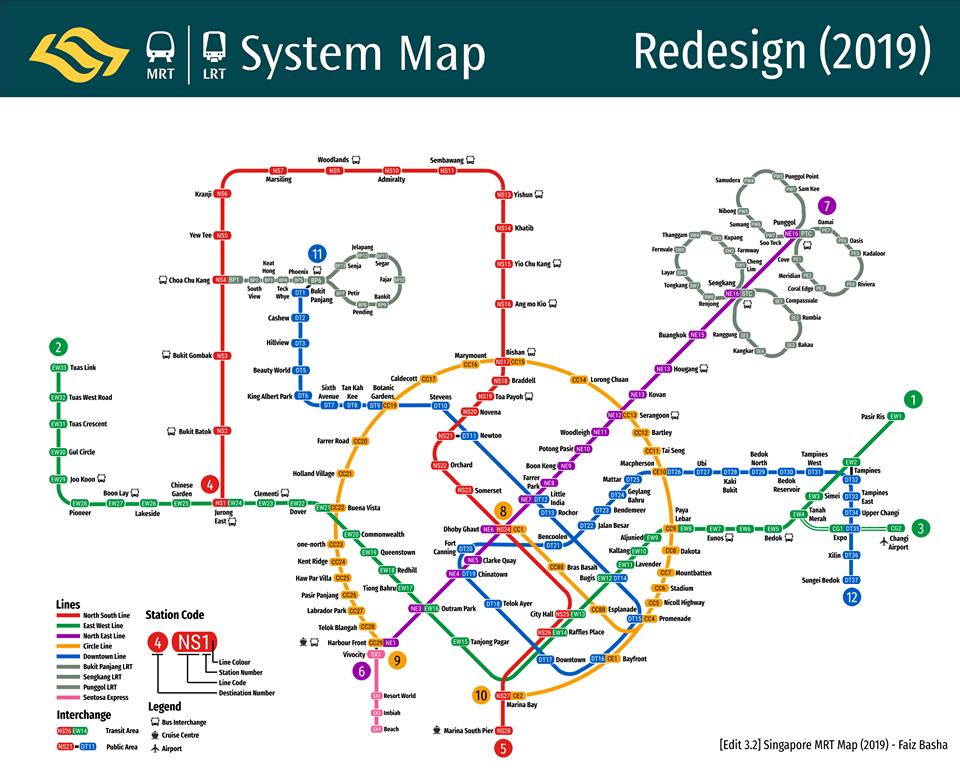 We also love that he has included a key and station numbers for easy reference when plotting your next train journey.

Other than the Circle Line, Faiz has also made some alterations to our current MRT map with his design.

For instance, the Punggol LRT has been redrawn to depart parallel to the North-East Line, instead of being perpendicular, to “mitigate the notorious confusion” around this part of the map. 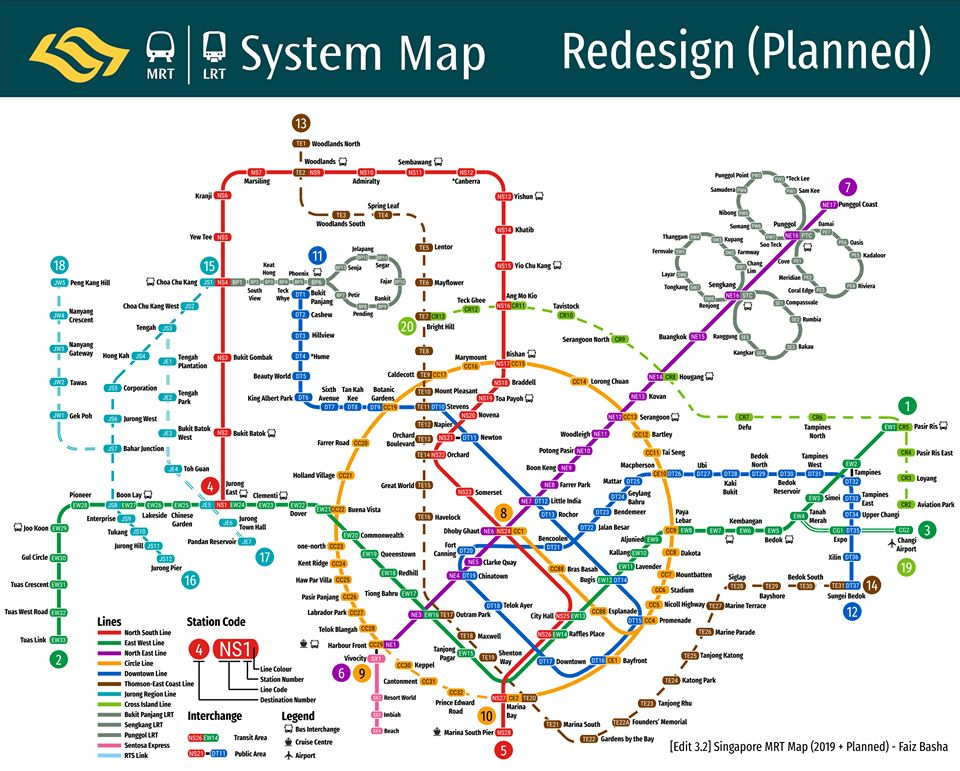 His map also looks to the future of our MRT with the following new lines:

Plus points for effort

Faiz shares that months of planning went into his redesign efforts, and his series of drafts uploaded on his page do chart the progression of his work in a meaningful way. From the diagrams, we can infer that he has tried to organise and space out each line in a geometrically accurate way. 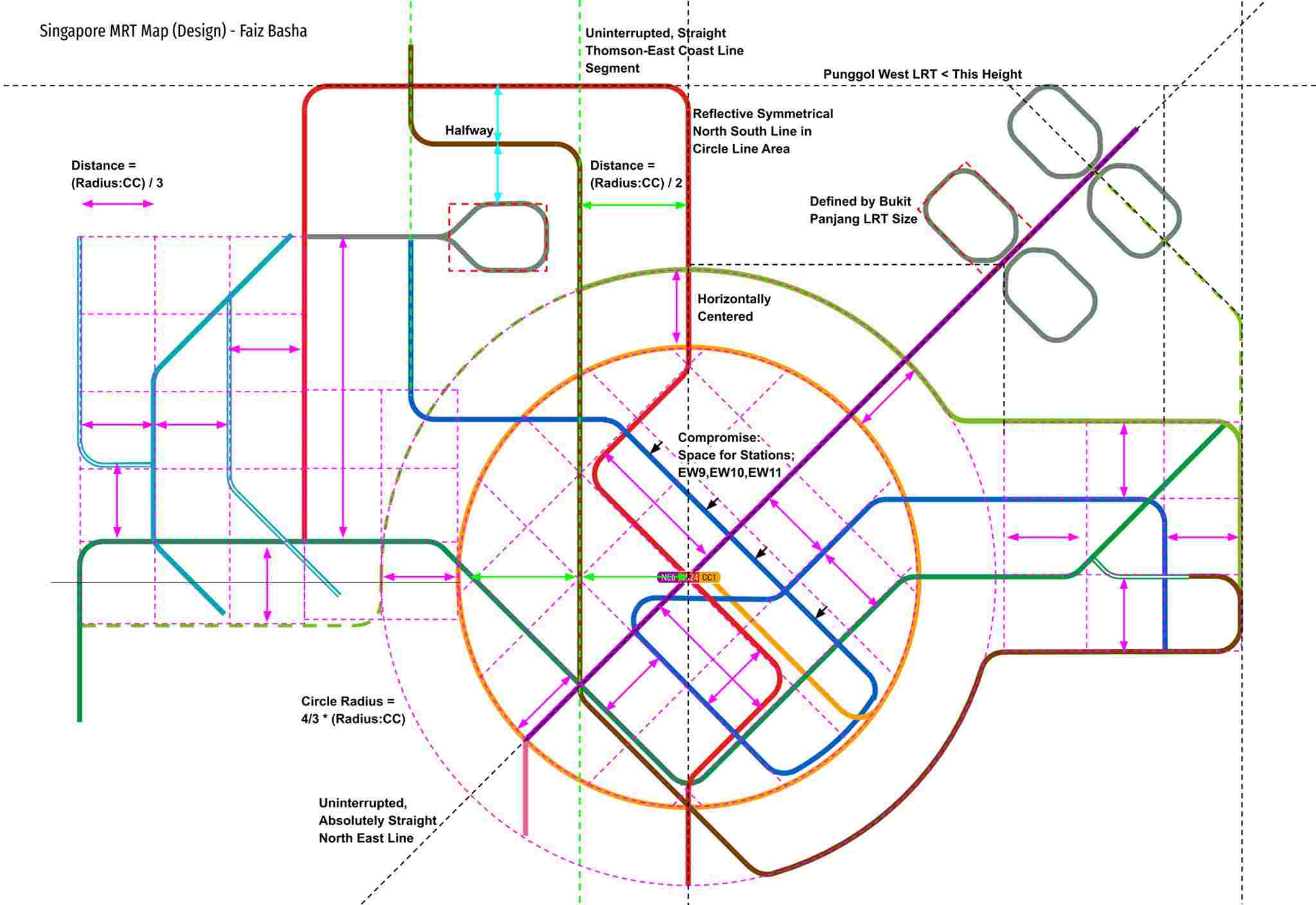 Plus points for effort.

LTA please hire this dude too

With so many talented netizens pursuing meaningful passion projects like this, we hope that the authorities do take note & even reward them for their efforts.

If the future of our train maps involves talented designers like Mr Cliff Tan or Mr Faiz Basha, the road ahead is very bright indeed. 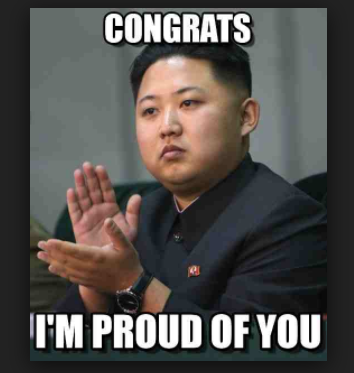 Keep workin’ on it! Singapore is very proud of you.