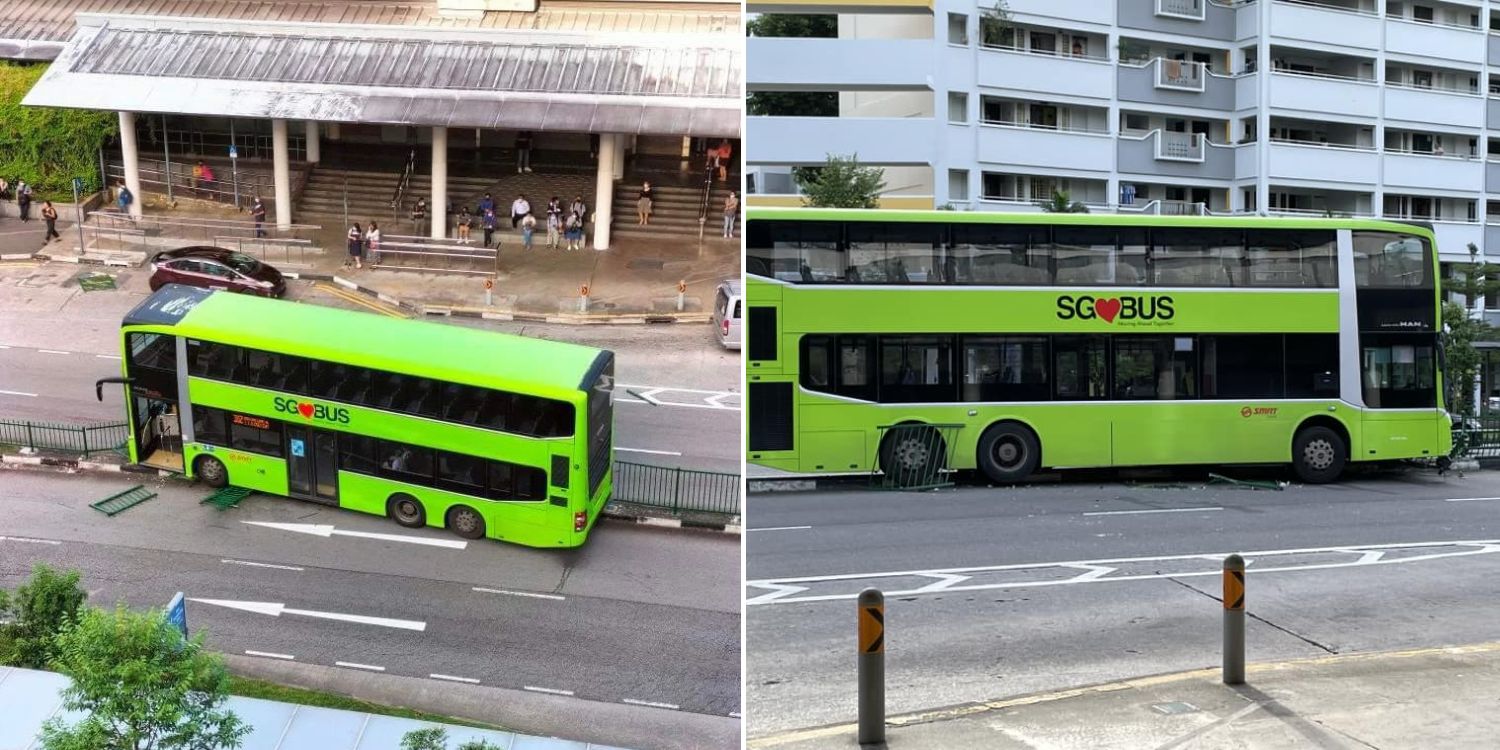 Thankfully, there were no serious casualties.

On Friday (18 Nov), a double-decker bus crashed into a road divider opposite Yew Tee MRT station, creating quite a sight to behold. 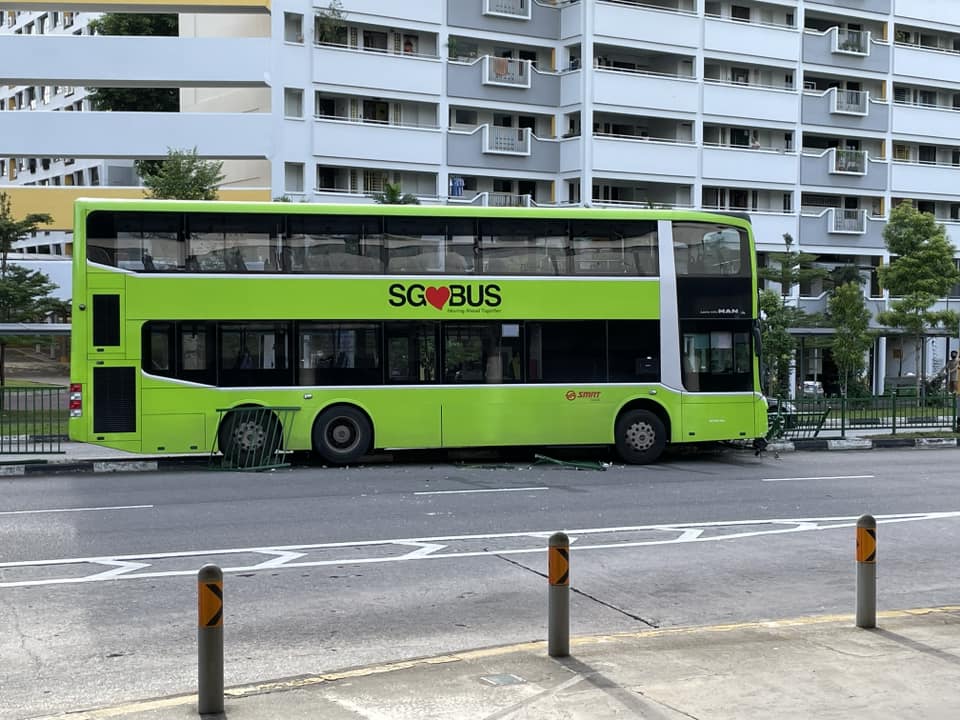 Thankfully, there were no serious injuries or consequent accidents that occurred from the collision.

The morning commute for folks in Yew Tee yesterday (18 Nov) took an unsettling turn when they passed by an accident site right outside the MRT station.

A double-decker bus, which appeared to be from SMRT, had crashed into a concrete divider and knocked down the metal railings.

Fortunately, it seemed like the bus didn’t collide with any passers-by or vehicles, which likely minimised the casualties.

A video on TikTok showed an ambulance stopping nearby and paramedics rolling out a stretcher from the vehicle.

In response to MS News’ queries, the Singapore Civil Defence Force (SCDF) confirmed that they received an alert regarding a road traffic accident at 61 Choa Chu Kang Drive at around 8.05am on Friday.

A paramedic assessed an individual for minor injuries. However, the person apparently refused conveyance to the hospital.

We’ve also reached out to SMRT for comment on the matter and will update the article when they get back.