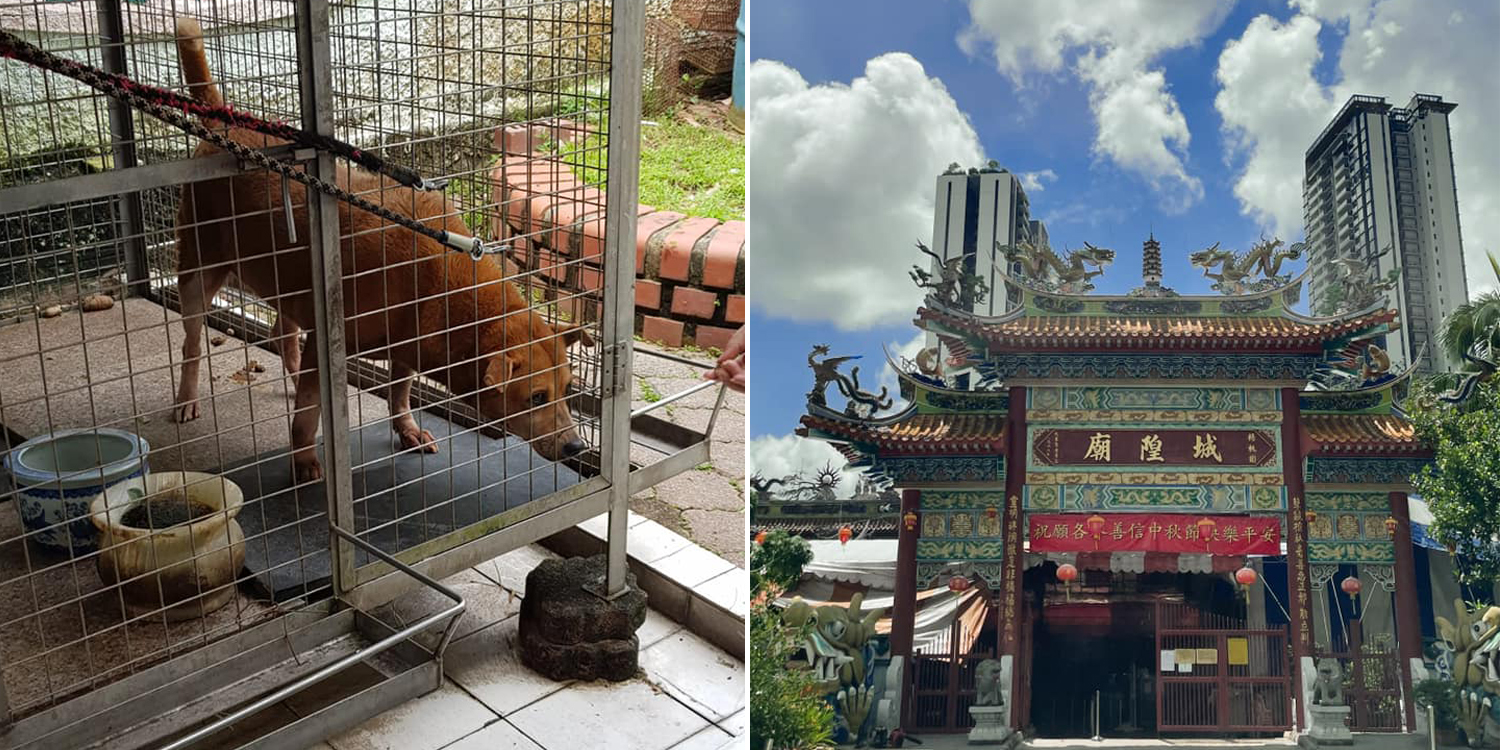 It is relatively common for dogs to be housed in temples, but more often than not, they are confined to the 4 walls of cages.

Back on 16 Sep, welfare group Chained Dog Awareness in Singapore (CDAS) shared about June, a dog who lives in a cage at Sheng Hong Temple.

The group hoped the temple could free June and grant her the freedom and chance to be part of a family.

However, Sheng Hong Temple said in a statement that June is adequately taken care of, adding that they are now working with the Animal and Veterinary Service (AVS) to improve June’s living conditions.

On 16 Sep, CDAS shared about June who has allegedly been caged in Sheng Hong Temple at Jurong since she was a puppy. 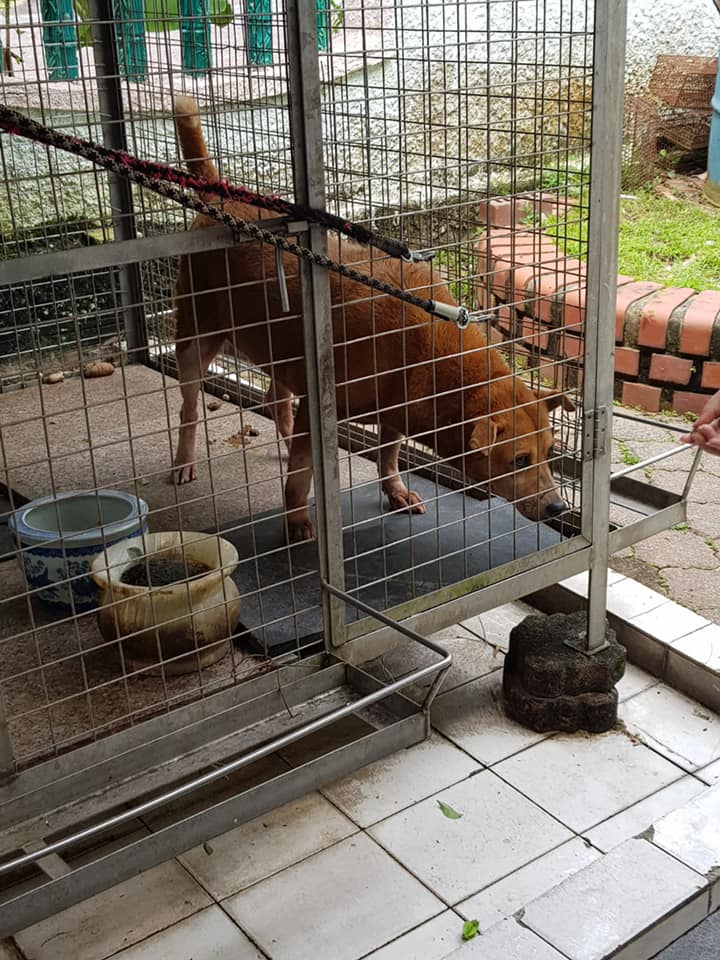 The post questioned her living conditions, claiming it was unclean and she was only given a 3-tile space to walk around. It also alleged that she was only fed leftover human food filled with bones.

Now 9 years of age, CDAS felt that June should not have to suffer any longer and hoped the temple will allow her to be released.

In a statement of clarification on Saturday (18 Sep), Sheng Hong Temple acknowledged the allegations made against them. Addressing the claims that the temple treated June “cruelly”, they said they have ensured June was adequately cared for.

June is given 2 meals a day, is regularly bathed, and lives in a dog shelter in compliance with AVS requirements, it said.

The temple also explained that June has to be caged in the day to prevent her from harming devotees.

They added that the Facebook post made about June contained “old photos and video clips” that “misled” the public.

Sheng Hong Temple has also consulted AVS on improvements they can make to June’s living conditions.

After discussions, they will look to enlarge June’s cage and she will also be released at night so she’s free to roam the temple.

In response to Sheng Hong Temple’s statement, CDAS said in a Facebook post today (19 Sep), that they are still appealing for the temple to set June free.

They said that the temple management have said no to giving up June.

CDS then shared about a former temple dog, Buddy, that now has a new owner. Now, Buddy lives a cage-free life with his owner since his release from a temple. 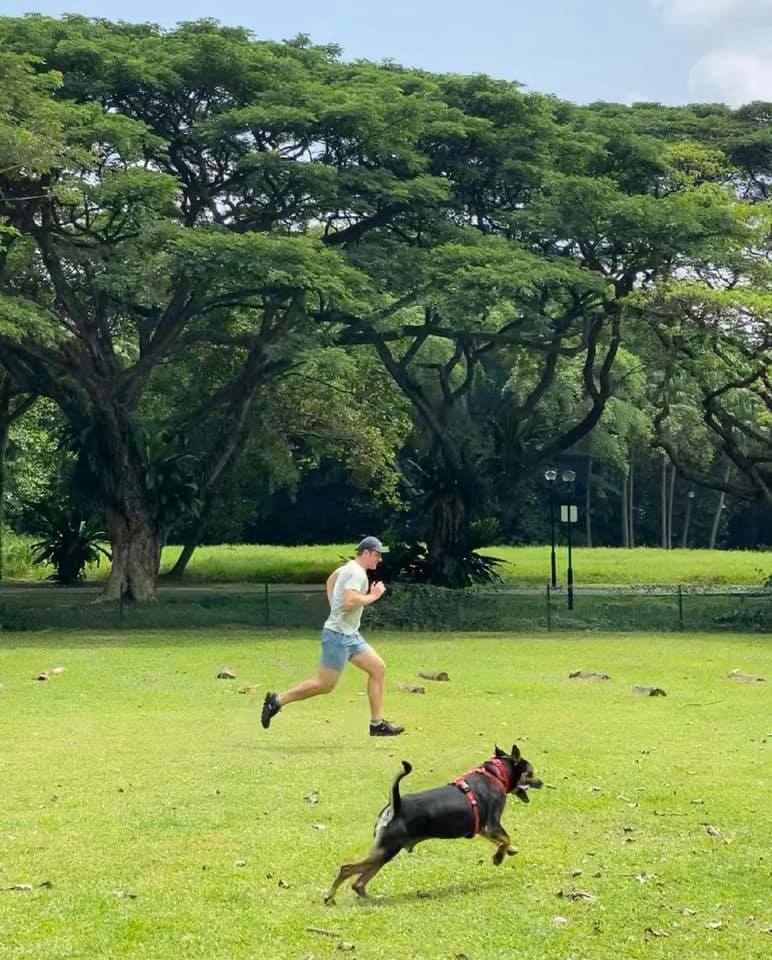 Chained Dog Awareness said that this is the life every dog rightfully deserves.

They continued that being of the ripe age of 9, June also deserves to enjoy the same life as Buddy, to be part of a family.

The welfare group then drew a comparison between the temple allowing her to roam at night with having a soft bed to sleep in and going on regular walks with a family.

Chained Dog Awareness then asked the public to join them in politely appealing for Sheng Hong Temple to release June.

Hope they can come to a consensus

While Chained Dog Awareness posits that she could be given a better life with a family, the temple has shown that they are trying to improve June’s quality of life.

It is a contentious issue but we certainly hope all parties can have an amicable discussion and come to a consensus that benefits June the most.

We hope that whatever the decision is, that all parties can remain respectful and not attack anyone.