Must Share News – Independent News For Singaporeans
Home Viral Facebook S’porean’s Message Intended For Bakery During Order Ends Up On The Birthday... Birthday celebrations often involve surprises — meticulous planning is required to pull off a big one. However, one netizen inadvertently created a surprise for his brother that shocked even himself.

The netizen, Mr Tay, had ordered a Lychee Martini cake from The Pine Garden online, but due to his misunderstanding ended up with a birthday cake that looked like this: 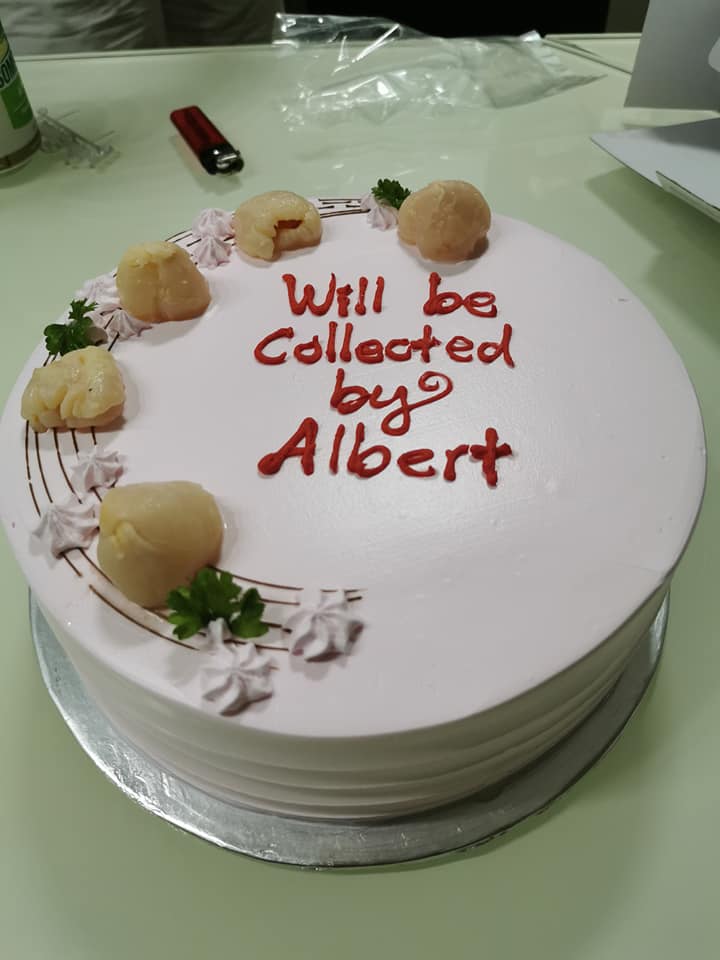 The quality of the cake was in no question, but the message drawn in place of “Happy birthday” turned out to be something else entirely.

Safe to say, he and his brother had a good laugh. It was a happy accident, as a certain famous painter on television would say.

How did this happen? Read on to find out.

Netizen mistook cake message as something else

Normally when you’re ordering something online, there’s a text box that allows you to send a message to the user.

So it was that the form at The Pine Garden’s website also includes a text box with the header Message on top.

Since most e-commerce websites don’t exactly ask you to include a message on the product, Mr Tay thought the text box was a message to the bakery rather than for the cake itself.

So he filled in “Will be collected by Albert”, and this was the result:

And of course, the rest is history.

Mr Tay said on Facebook on Saturday (10 Jul) that he and his brother hadn’t had such a good laugh in ages and thanked The Pine Garden for the memorable experience.

Of course, the bakery could have contacted Mr Tay upon spotting the message, and asked if that was what he really wanted to have drawn on the cake.

But this was an arguably better result, tickling everyone involved and the Internet to boot.

Kudos to bakery for happy accident

We hope Mr Tay and his brother had a great birthday celebration, and that the cake tasted delicious.

As for The Pine Garden, whether the decision to draw “Will be collected by Albert” was an accident or not, it certainly made some customers’ day, so kudos to them.