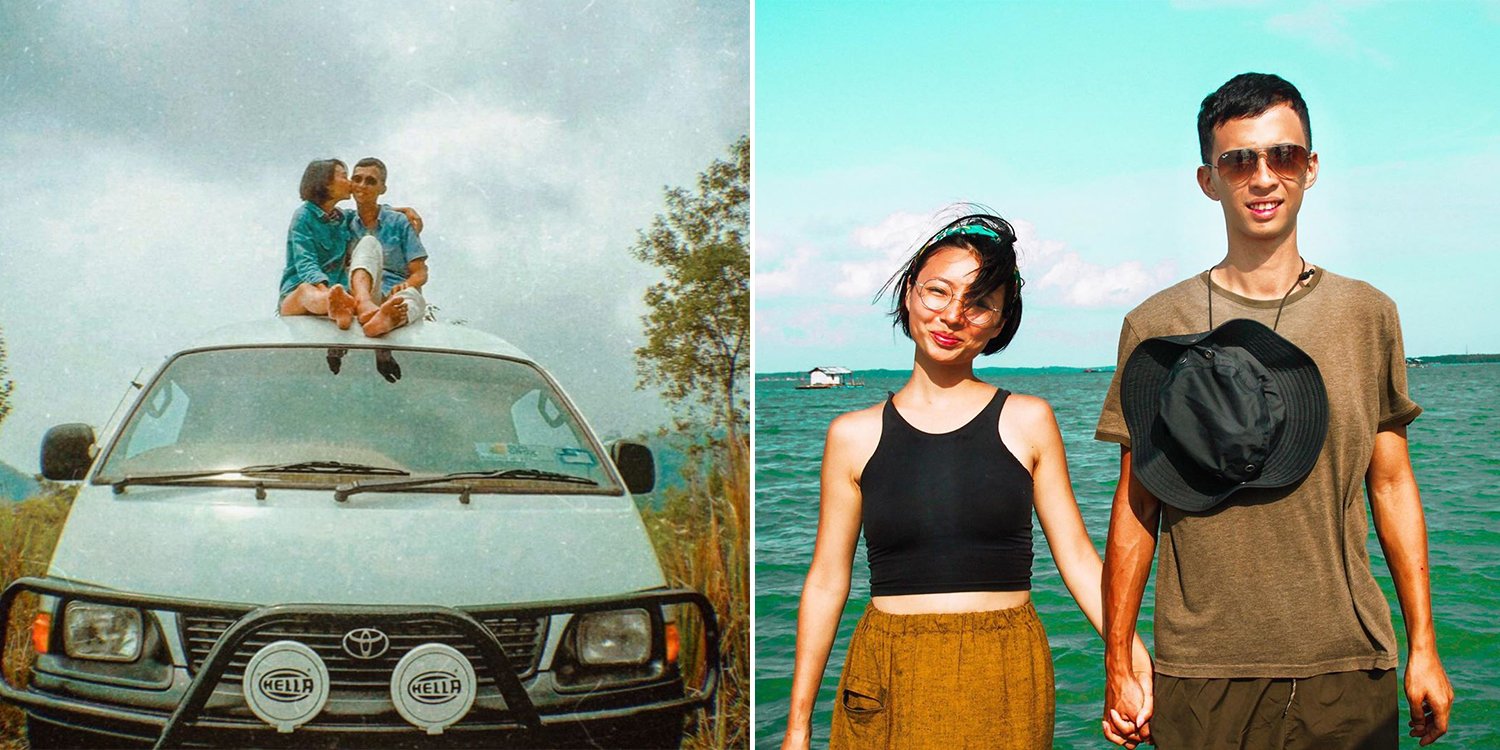 She used to work as a freelance emcee, while he used to work in e-commerce and sales. Come the great 30, they decided together to give up their jobs and travel the world in a camper van — half the world at least, from Singapore to Portugal.

Martin and Jacinda are the latest camper van duo to be featured on YouTube channel 24 Hour Travellers. The owners of the channel are camper van travellers themselves and have been since 2017. 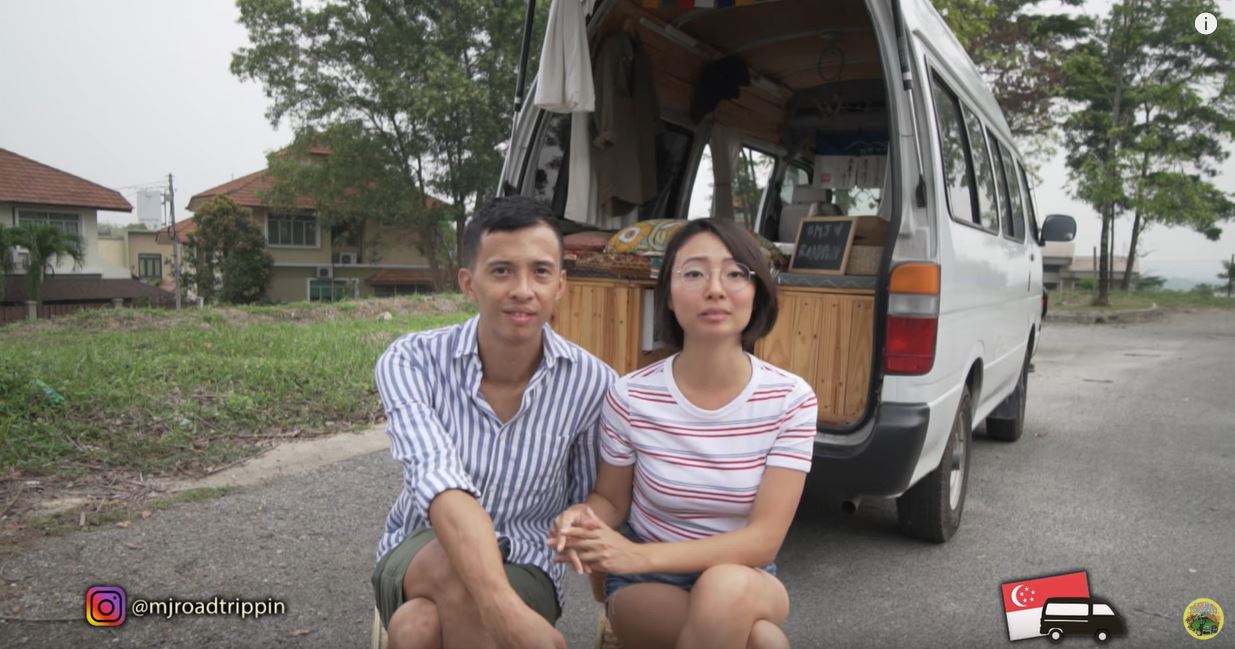 The couple bought the 2-litre Toyota HiAce in Malaysia and affectionately named him Bruce. The van itself cost S$11,800, while the interior revamp cost about S$5,000, bringing the total to $16,800.

The revamp wasn’t solely for non-functional aesthetic pieces. They had installed a solar panel on top of the vehicle to save on electricity. The insides are also lined with wood and bamboo mats to give it a kind of ‘kampung‘ feel. 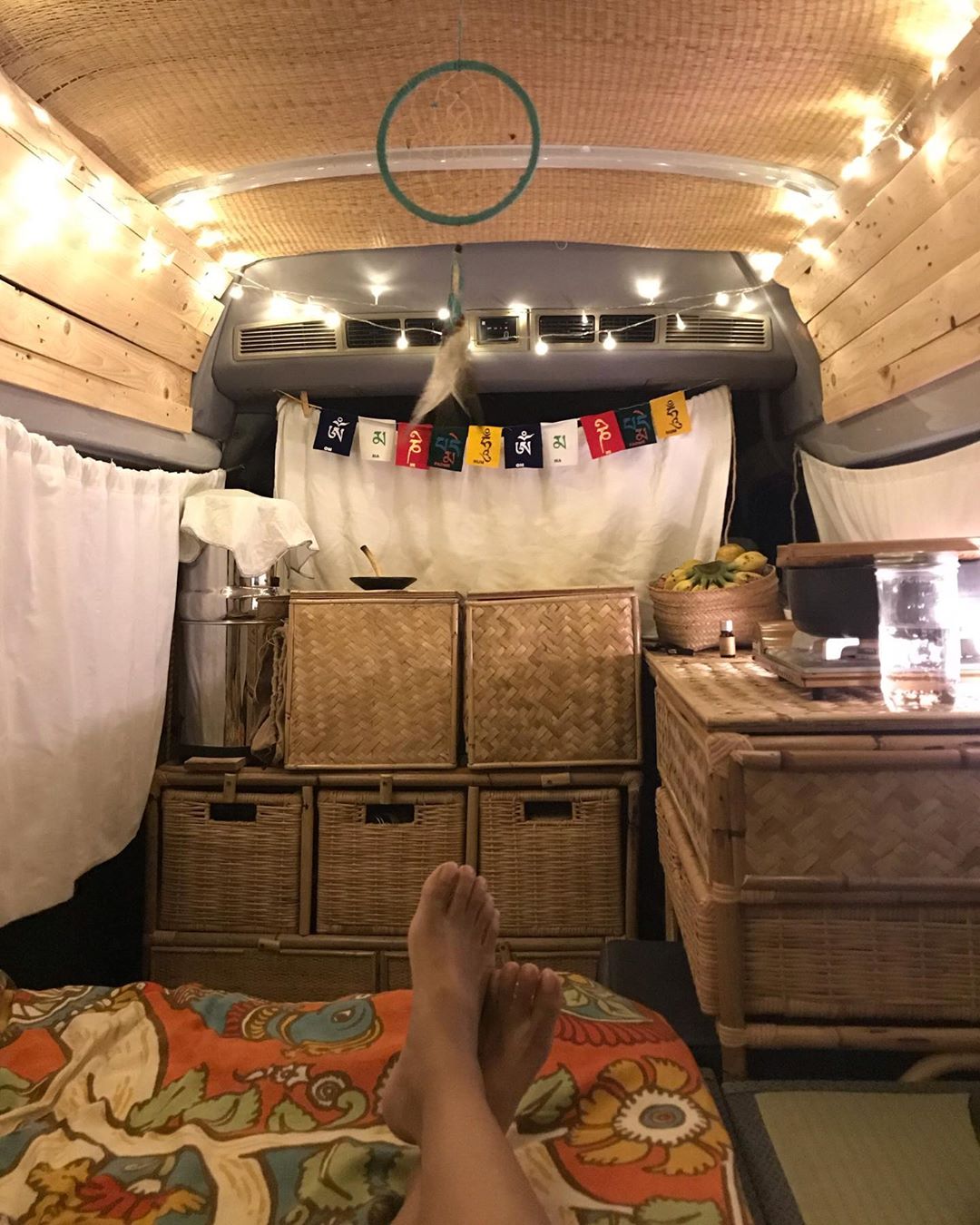 According to one of their Instagram posts, the couple knew nothing about camper vans, much less how to refurbish one. But they took the plunge any way — and from the looks of it, everything is working out just fine. 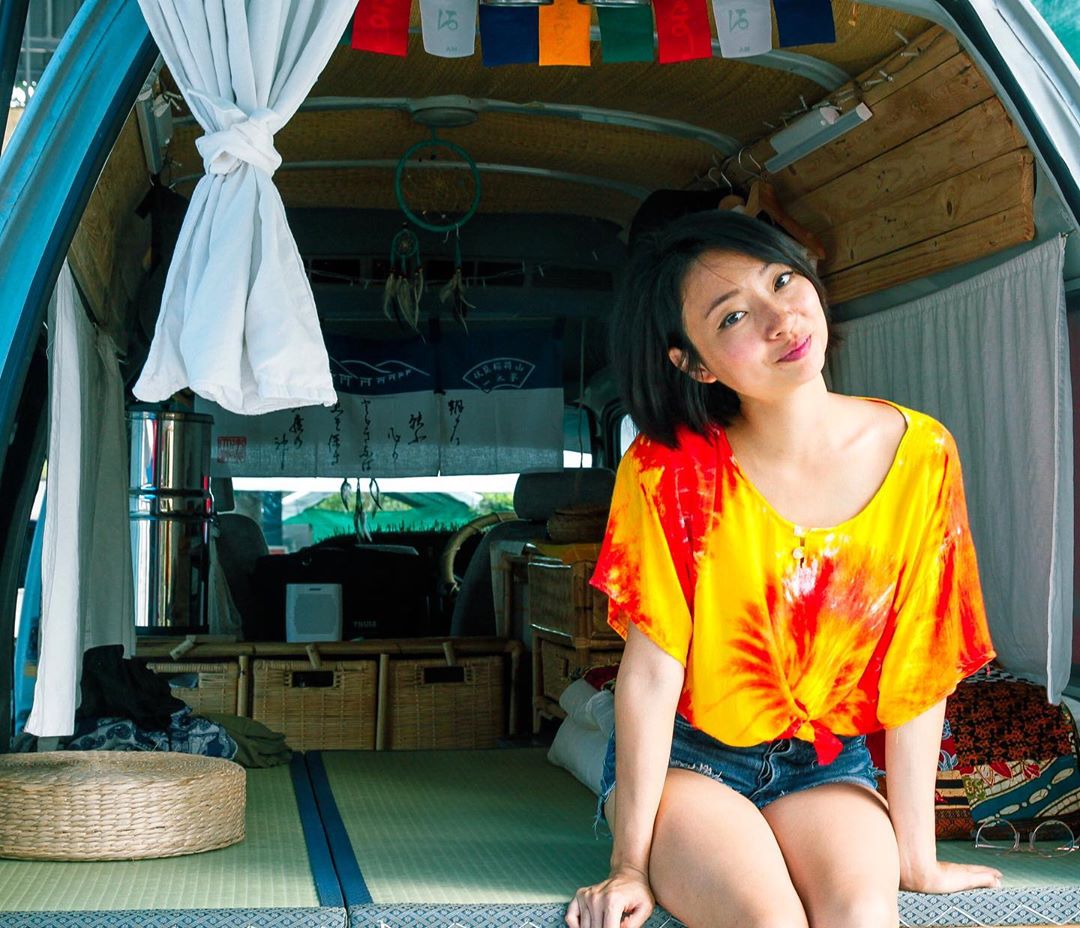 The couple keeps everything from food to clothes to medication in those neat little rattan boxes. For clothes, they allowed themselves 22 pieces each because Martin’s birthday apparently falls on 22 Aug. 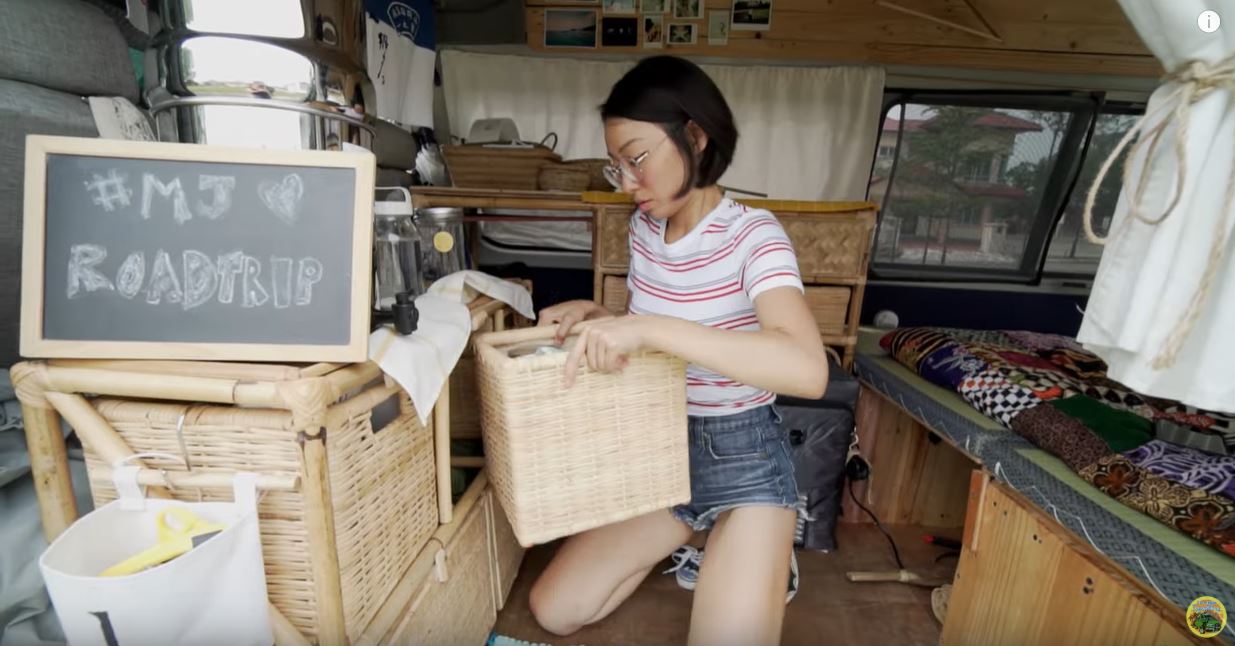 Their decision to go on this very long road trip, forgoing their jobs, did not conclude without resistance from their family.

Martin said in the video that his family called him crazy for wanting to undertake the enterprise. In fact, Martin himself had reservations about the trip, but was eventually convinced to go on it by Jacinda.

Jacinda told the interviewer that people are always saying how we should only go on these long trips after we retire. The 20s and 30s should be reserved for defining and building up your career. But for Jacinda that just wouldn’t cut it. In her words, there is “no life in between” youth and retirement. That was what motivated them to go on this trip. According to the couple’s Instagram, they are currently in South Thailand. Just a few days ago, they celebrated Martin’s birthday. Jacinda had baked him a banana chocolate cake.

MS News wishes them a safe and fulfilling journey for the rest of the way to Portugal.