Must Share News – Independent News For Singaporeans
Home Inspiration Cancer-Stricken S’porean Passes On CNY Eve; But He Lives On In All... 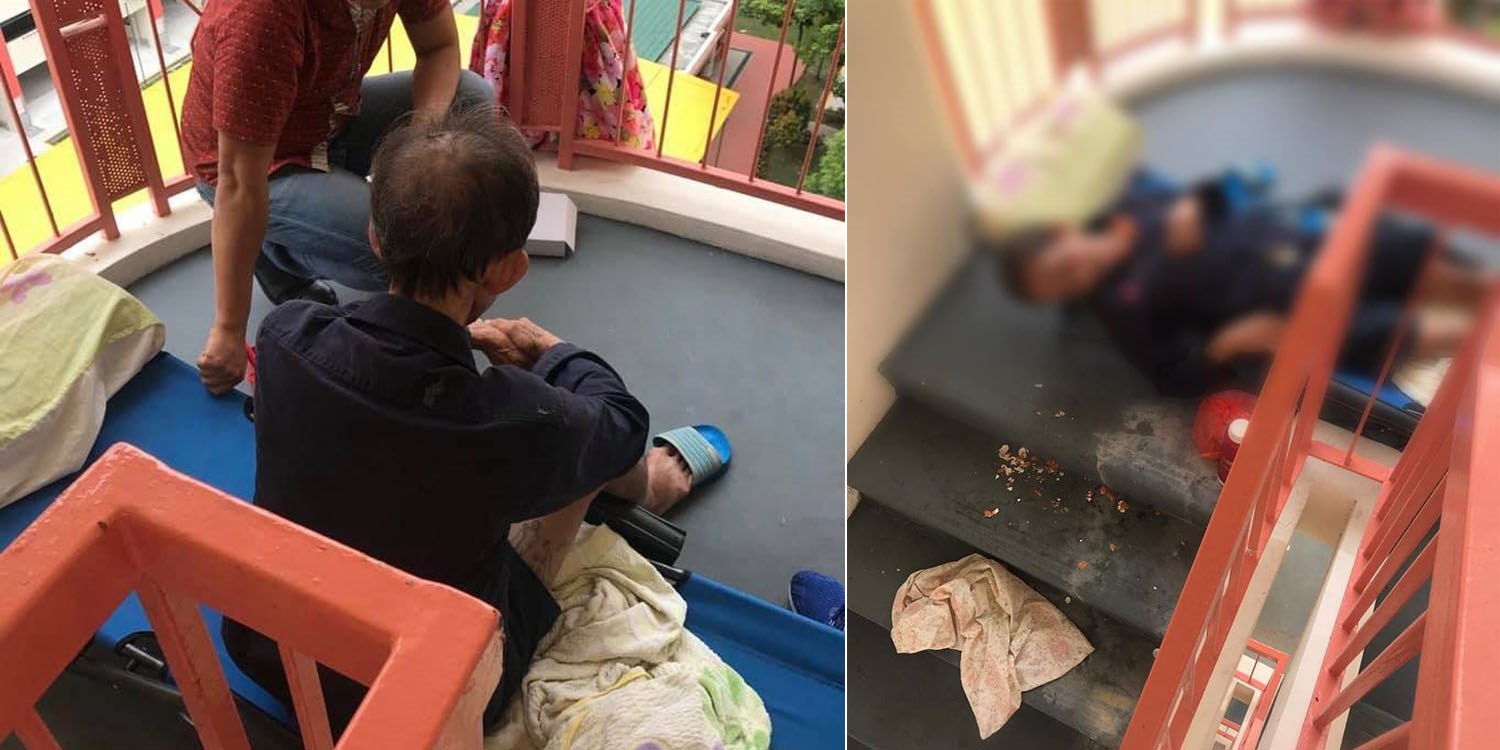 While many of us were busy with family reunion dinners on Chinese New Year Eve, a certain Mr L drew his last breath that evening.

But in the words of Speaker of Parliament, Tan Chuan-Jin, he did so with the “love and warmth” from volunteers, who gifted him with heartfelt help during his last few months. 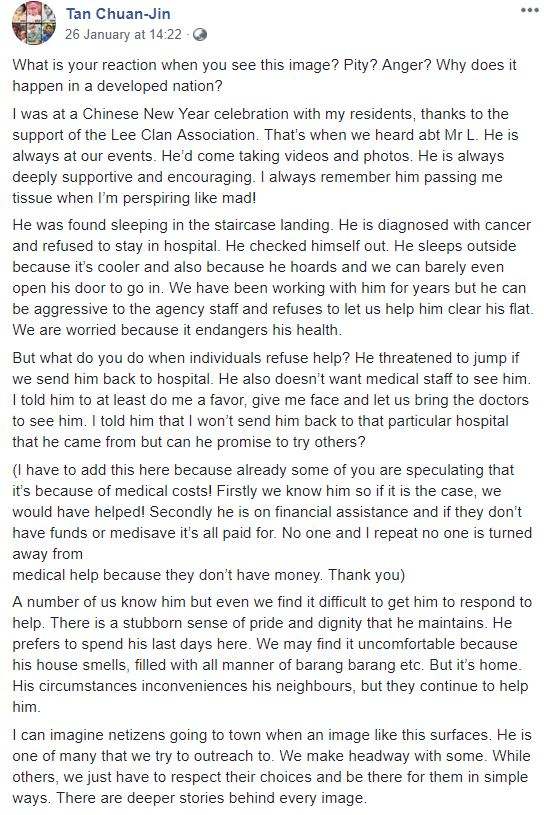 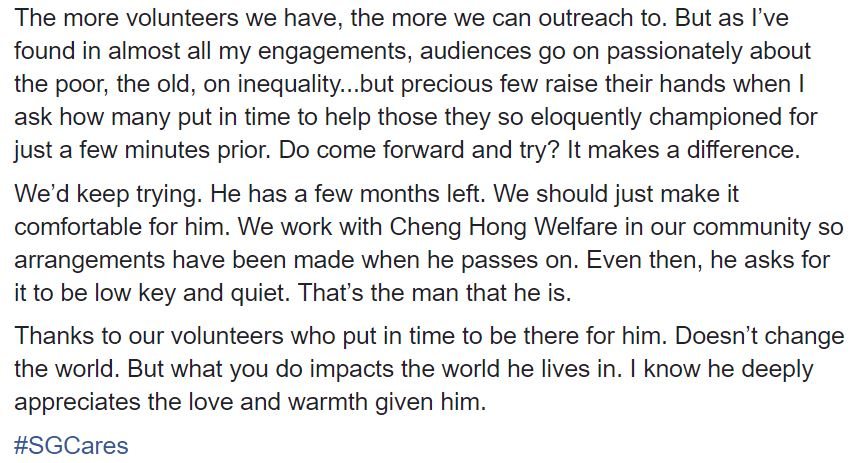 Mr Tan updated in a post on 4 Feb that Mr L had sadly passed away and was no longer in pain.

Here’s how his touching story continues to live on in the people who crossed paths with him, including Mr Tan.

Despite being diagnosed with cancer, Mr L would be present at many community events. In fact, it was at a past CNY celebration with his residents, where Mr Tan first knew of him.

Mr L was deeply supportive of the events and would take videos and photos of the activities.

One memory that will stay with Mr Tan is how Mr L had thoughtfully passed him tissue during the hot weather when he was perspiring.

Maintained a sense of pride & dignity

However, Mr L’s support of the events and the care he had shown for others didn’t extend towards medical help for himself.

He had refused to stay in the hospital after his cancer diagnosis, even threatening to jump if Mr Tan and the volunteers sent him back.

Mr Tan had tried to coax him to “give [Mr Tan] face” and let them bring the doctors to his home. They also assured him that he won’t be sent back to the hospital.

Slept at staircase as it was “cooler”

As a hoarder, Mr L was also “aggressive” to volunteers who wanted to help him clear his flat out of concern for his health.

He was resistant to help, preferring instead to spend his last days at home. He would even sleep outside at the staircase landing as it was “cooler”.

Despite all this, Mr Tan and the volunteers kept up their efforts and helped Mr L in any way they could. Passed away on CNY Eve

Mr Tan described how sincere efforts were made to help Mr L live out his last days in utmost comfort.

We’d keep trying. He has a few months left. We should just make it comfortable for him. Even then, he asks for it to be low key and quiet. That’s the man that he is.

Sadly, Mr L passed away on the eve of Chinese New Year (4 Feb), in the evening.

He had been admitted to the hospital that morning, and worried about not being able to “make it through the new year”.

Mr Tan added that at the very least, Mr L was “no longer in pain”.

Every volunteer makes a difference

There are many people out there whose lives aren’t very smooth-sailing.

But while many of us often feel sympathetic for people like Mr L when we hear their stories, how many of us have truly made a difference for them through our actions?

To all those who have helped Mr L in one way or another, we hope you’ll take pride in how your actions have made the final lap of his life better.

Lastly, may Mr L rest in peace. We know that his story, as shared by Mr Tan, will encourage more volunteers to step up to help needy members of our society.