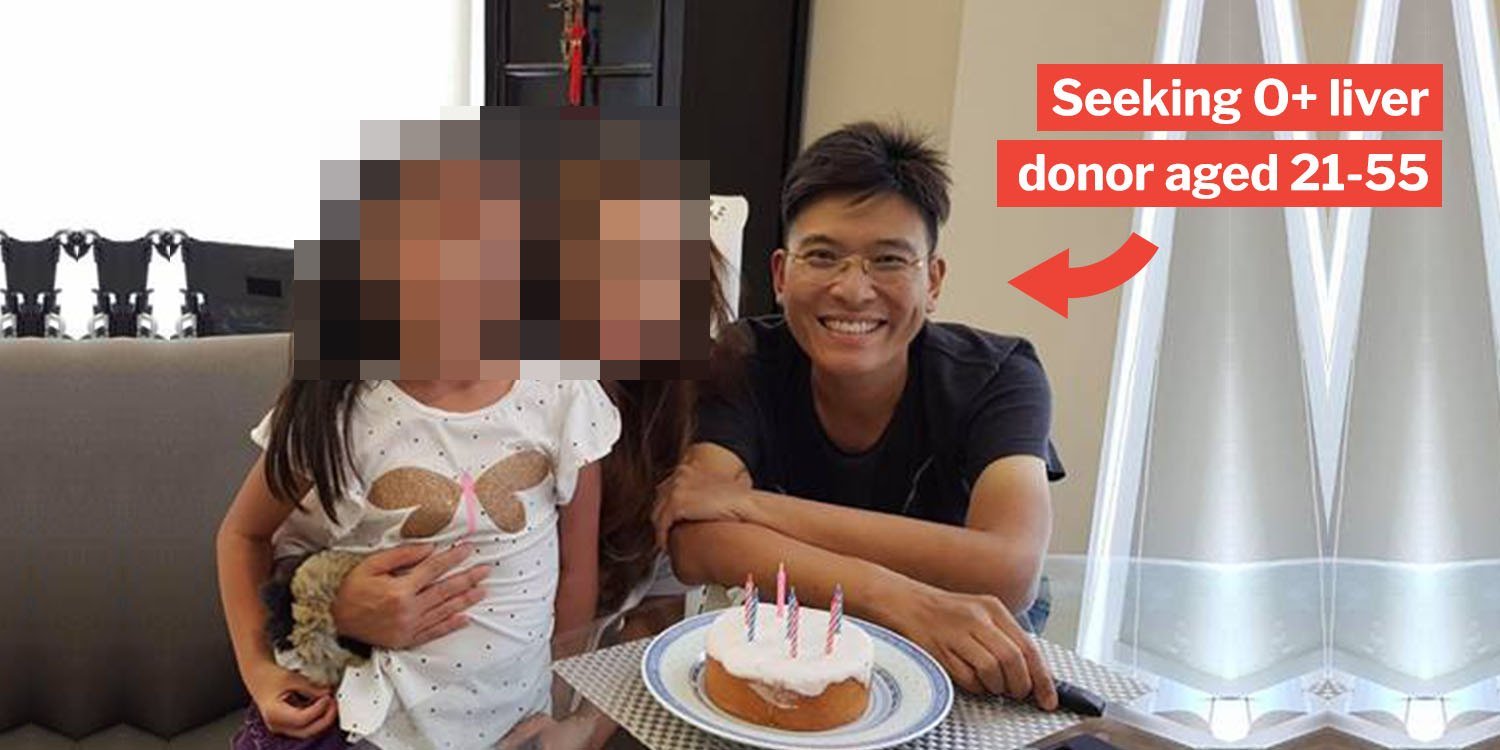 In a heartwarming twist to the fate of a local liver cancer patient, at least 7 willing donors have stepped up.

Back in March 2018, 48-year-old Keith Lim was diagnosed with liver cancer.

The news had come as a shock to the father-of-one, as he had no drinking or smoking habits.

By December that very year, he was told his condition had worsened and he needed a liver transplant ASAP. Unfortunately, no relatives were a match.

If there are no suitable donors by end-Jan 2019, doctors believe he will eventually succumb to the illness.

To make the news more heartbreaking, his 7-year-old daughter is still oblivious to his condition. Mr Lim continues to hide it from her by coming home from the hospital every day.

In this crucial time of life and death, a ray of hope – or seven rays, to be exact – appeared miraculously before the family.

Lianhe Wanbao, who was first to publish his story, reports that 7 kind souls have stepped up to indicate their willingness to donate their liver to him.

Two of them are a couple who can empathise with the Lims, as they also have a 7-year-old child.

Another donor is a man who had previously undergone cerebral vein surgery. He assured Mr Lim that he’s healthy now, and has even saved a life via a bone marrow transplant before.

In addition, 2 elderly men have come forward as well — including one who’s had a stroke before. Both claim they are in good health.

While they unfortunately may not qualify as eligible donors due to their age, we are sure the Lims will find comfort in their kindness.

We sincerely hope Mr Lim can find a match soon.

You can bring hope to them too

If you are in the pink of health, aged between 21 to 55 with blood type O+ and weigh above 70kg, you can be a possible donor too!

Just reach out to them by contacting Wanbao at 9228 8736. Alternatively, you can DM them directly on Facebook. 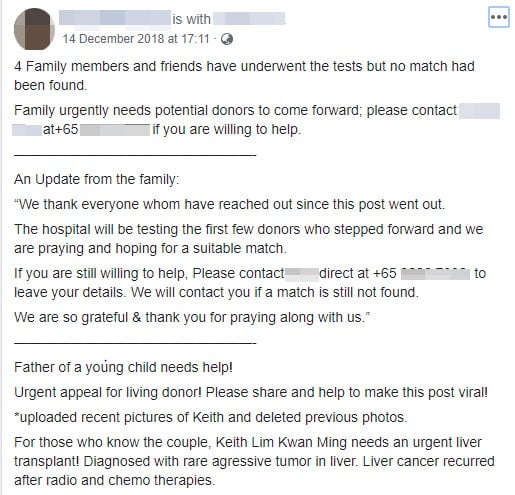 We hope that Mr Lim and his family will persevere during this hard period, and we wish him well.