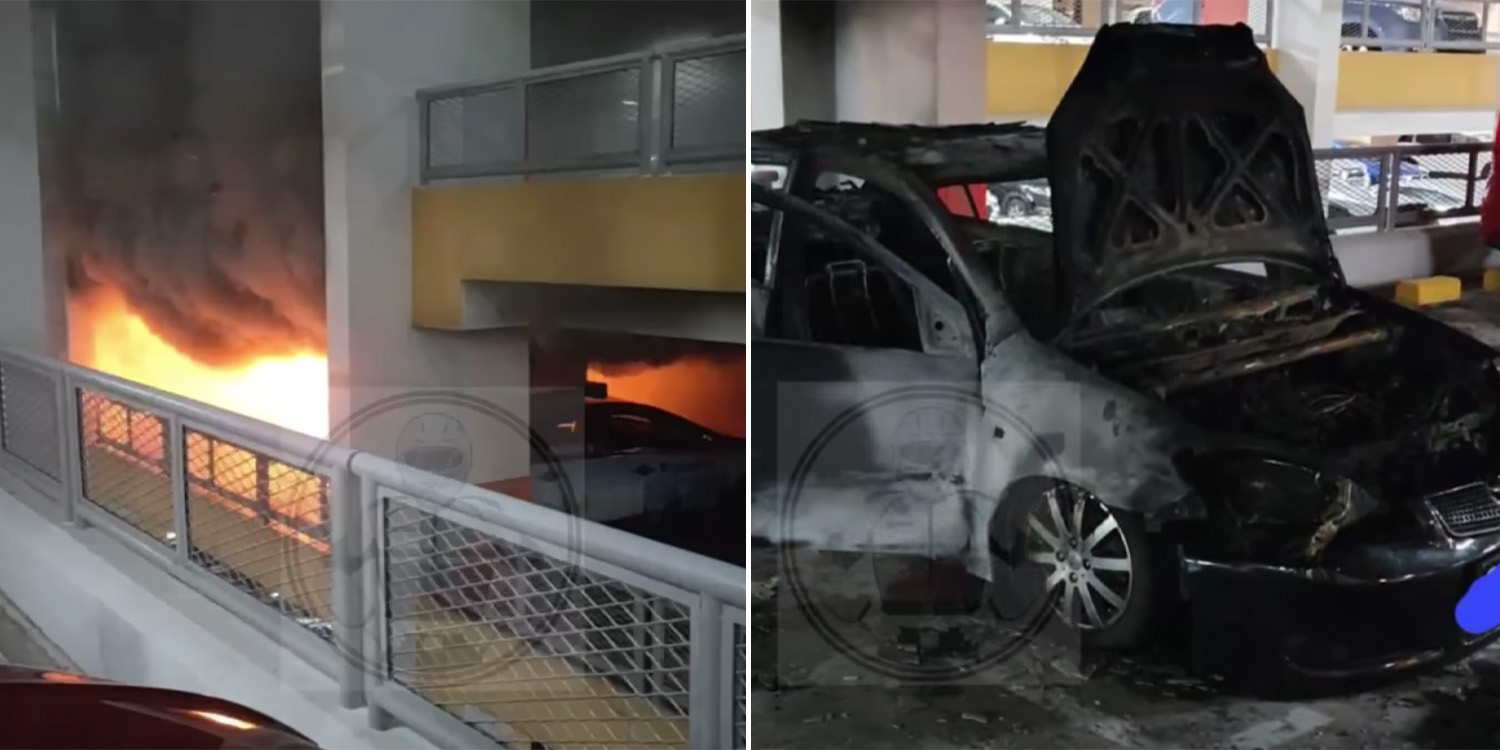 Most Singaporeans park their cars at multi-storey carparks with a peace of mind, but that shouldn’t come as a surprise as it’s usually a quiet and uneventful affair.

However, on Wednesday (2 Dec) night, a car at a Punggol carpark found itself engulfed in flames. 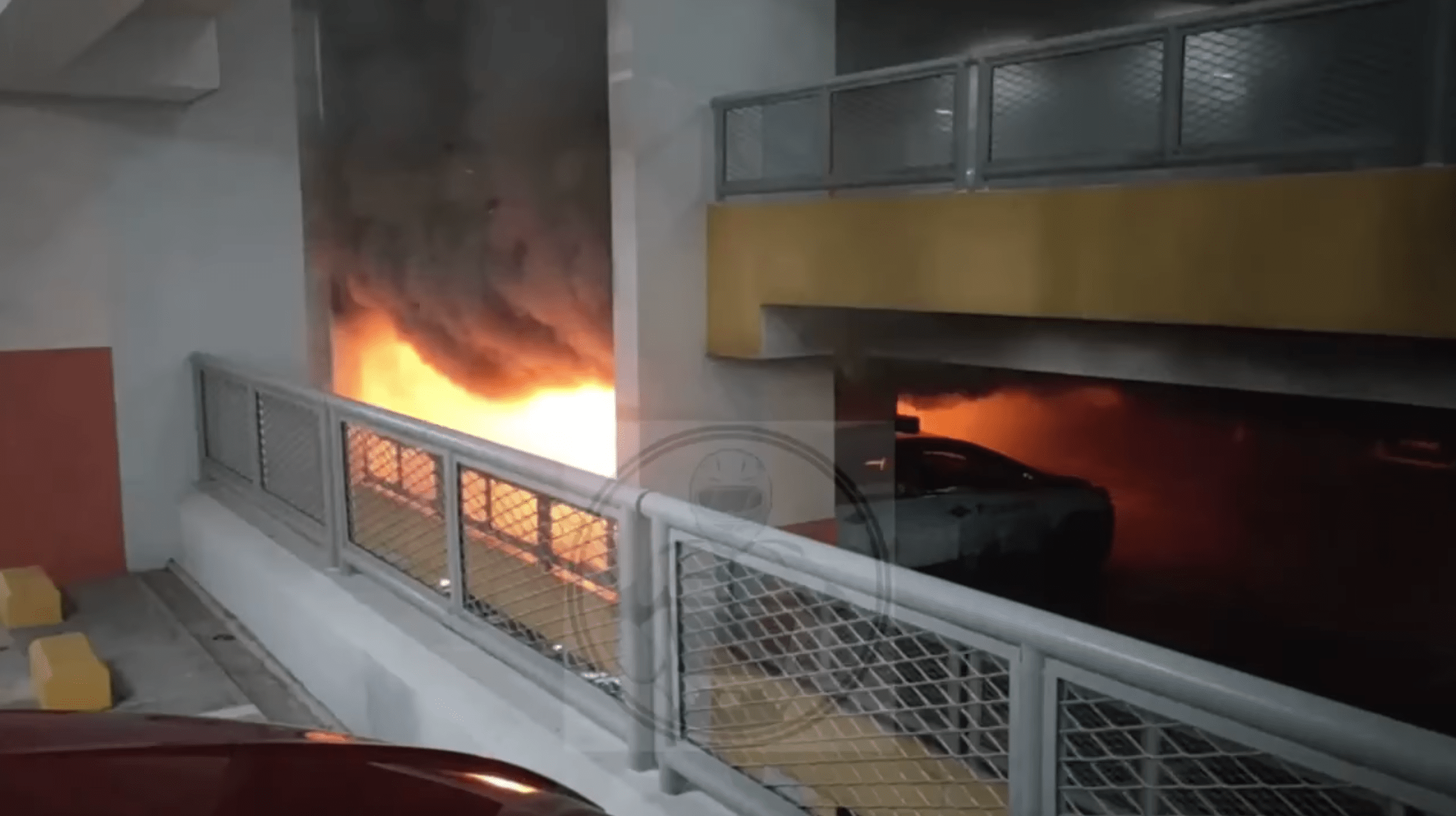 A huge blaze was seen at the carpark with thick smoke billowing out. Thankfully, it was later put out by SCDF officers.

On Wednesday (2 Dec) night, fire alarms can be heard blaring at a HDB multi-storey carpark along Punggol Drive.

A video shared by SG Road Vigilante on Facebook showed a parked car engulfed in flames. 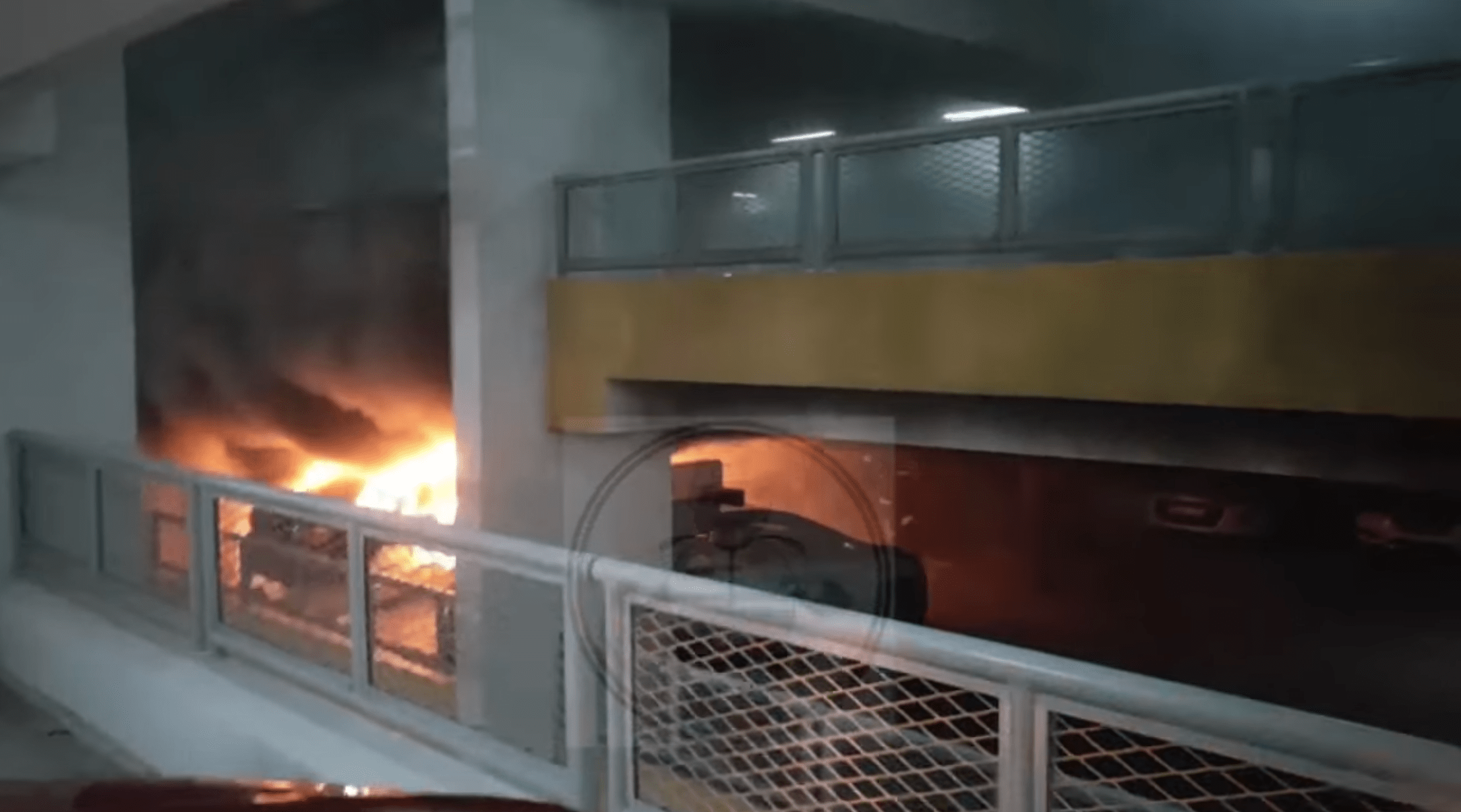 Thick billowing smoke can be seen emanating from the car.

The fire also appears to have awoken quite a few residents in the area.

Concerned residents could be heard discussing whether they need to move their cars as the fire rages on. 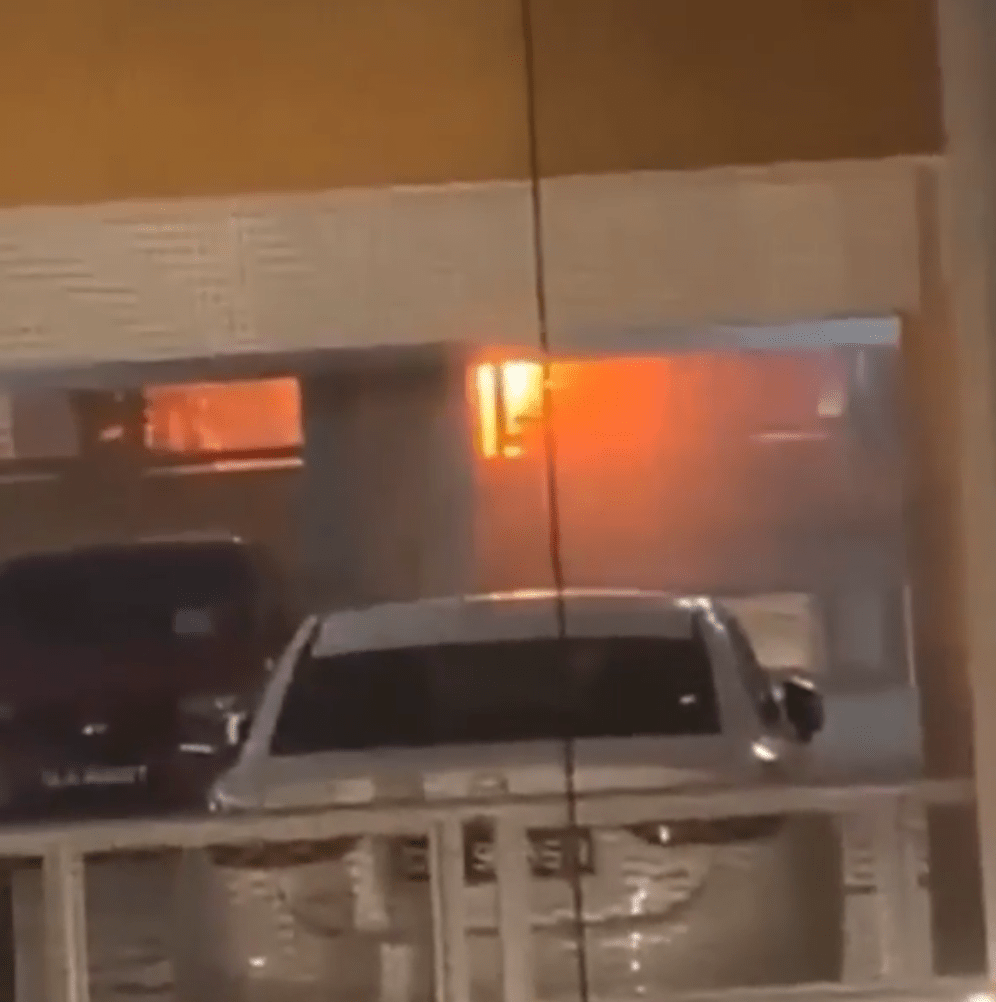 SCDF arrives at the scene and put out fire

Soon after, Singapore Civil Defence Force (SCDF) arrived at the scene where numerous residents had gathered at the foot of the carpark. 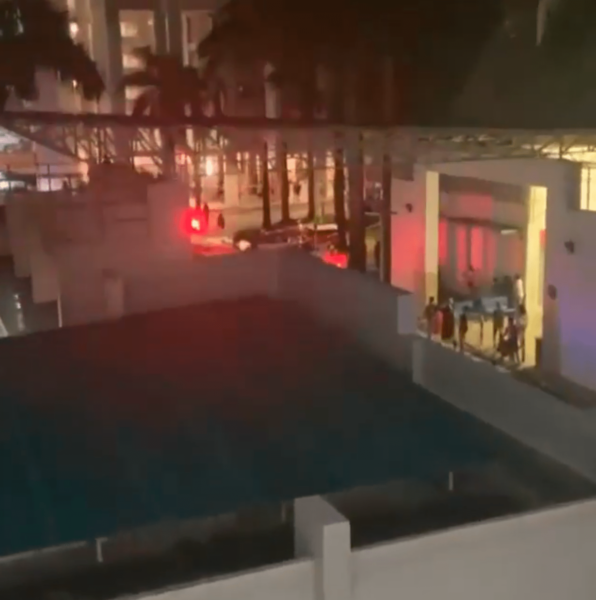 Responding to MS News queries, SCDF shared that the fire happened at around 10.25pm at Block 638 on Punggol Road.

The fire, which involved the engine compartment of the car, was successfully extinguished by SCDF officers. 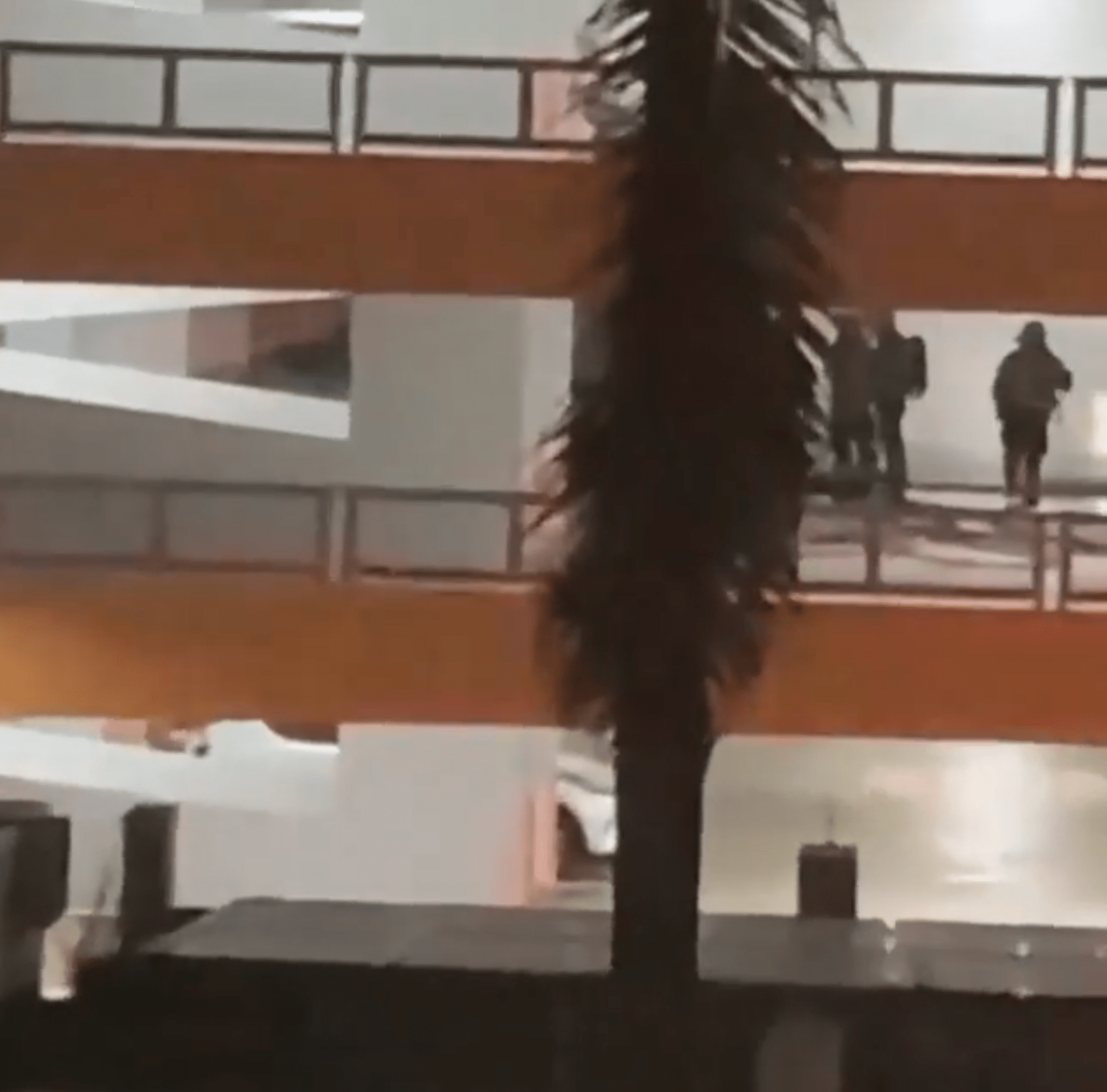 Thankfully, nobody was injured as a result of the fire. 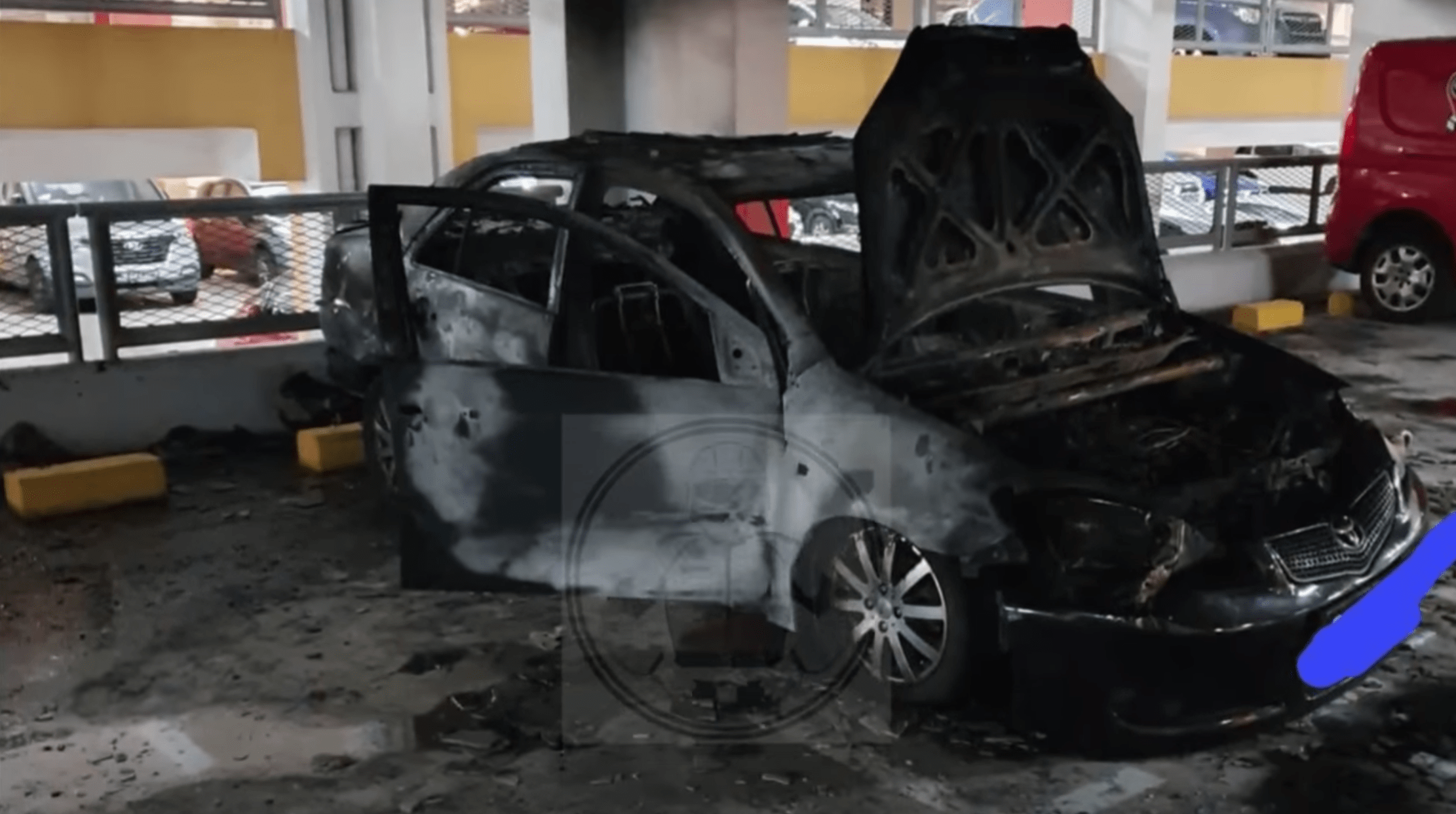 Investigations are underway to determine the cause of the fire.

Just this year alone, several incidents involving cars have been reported, some of which happened on the road.

This is usually due to overheating or electrical faults within the engine.

To prevent such incidents, SCDF shared that vehicles should be regularly serviced at authorised workshops.

During each servicing, the electrical engine and fuel systems should be checked for defects.

Motorists are also encouraged to remain vigilant for any signs of oil leakage.

In the event of a fire, motorists should turn off the ignition, evacuate the vehicle and call 995.

Kudos to SCDF for putting out the fire

Kudos to SCDF for rushing to the scene and putting out the fire.

Car maintenance may not be every car owner’s priority but this incident – as well as similar ones this year – have shown the importance and safety of doing so regularly.