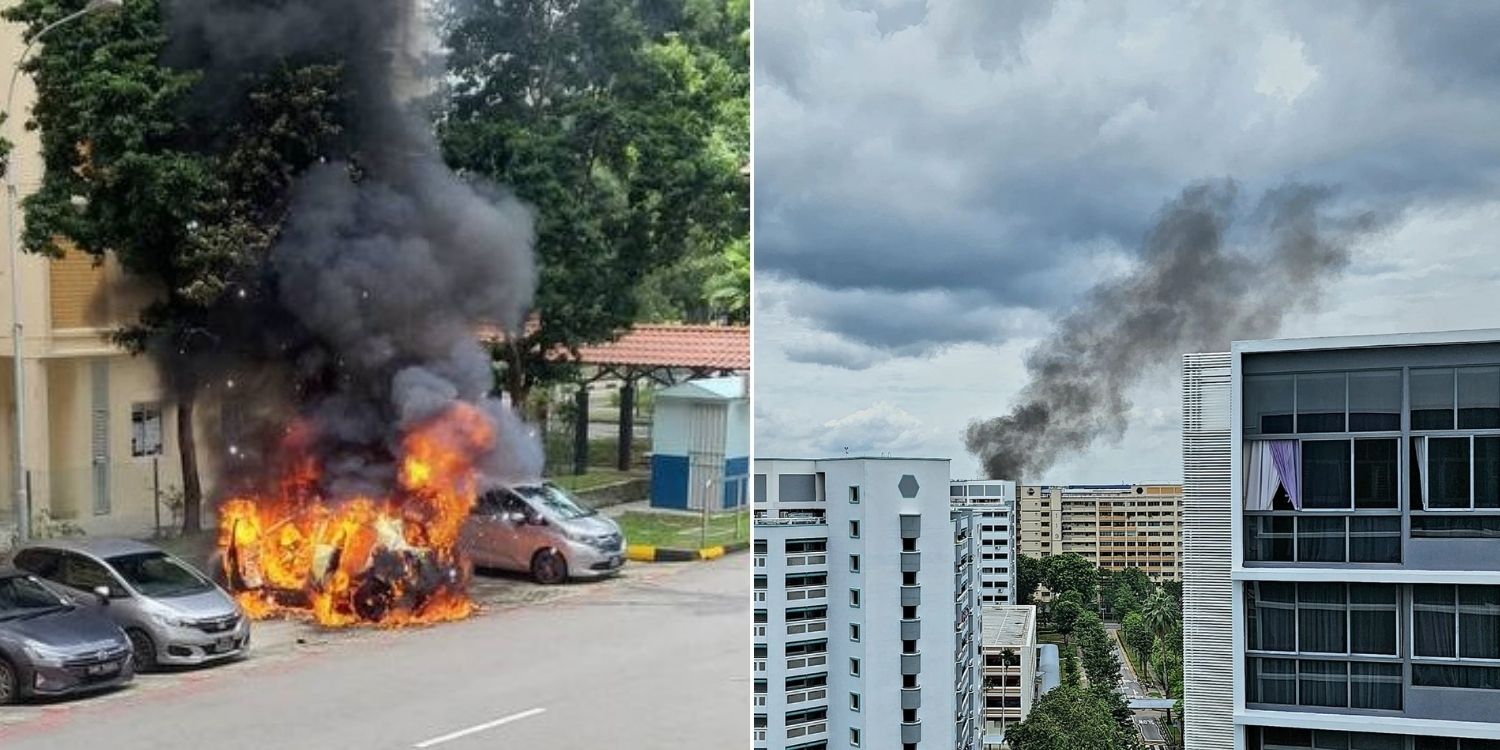 There were a few explosions, according to netizens.

Last year, Singapore saw a spate of cars bursting into flames, and while fewer incidents have made the news recently, 2022 has seen its fair share of pyrotechnics.

When it happens in an HDB carpark, though, it seems a bit too close to home.

During a recent car fire in Simei, the residents of surrounding blocks got a full view of the tragedy. 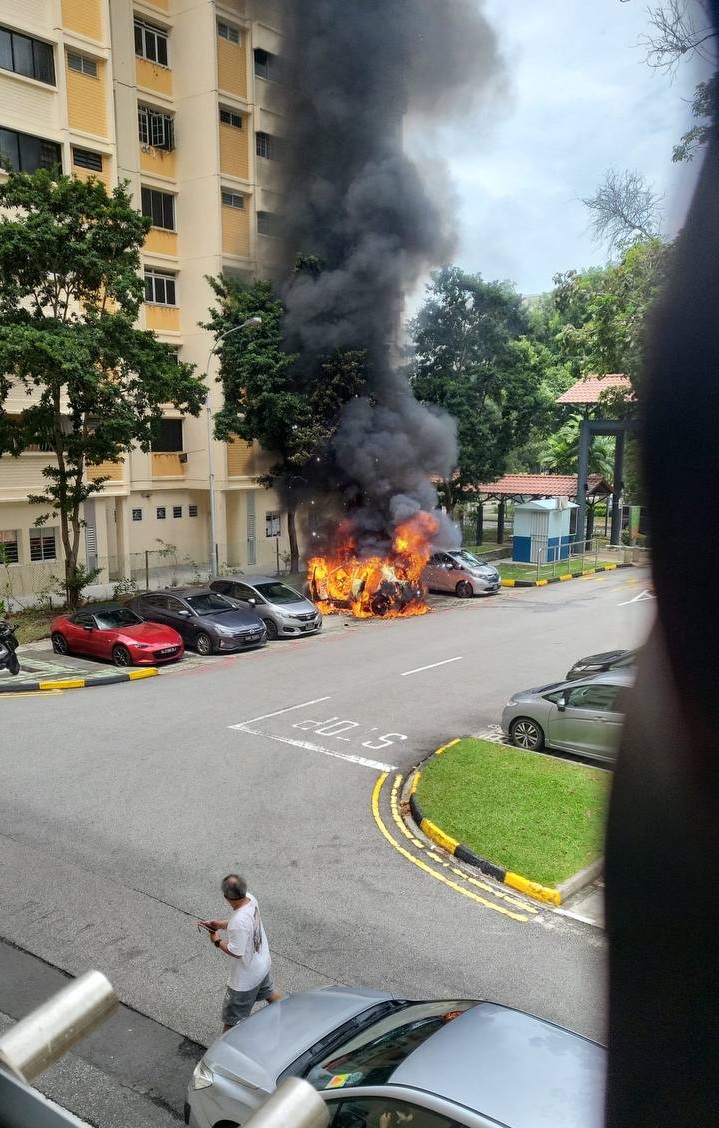 Even residents from many blocks away could see the giant smoke plume from their vantage point.

They were alerted at about 1.30pm and dispatched a team to a carpark next to Block 108 Simei Street 1, located between Blocks 108 and 119. 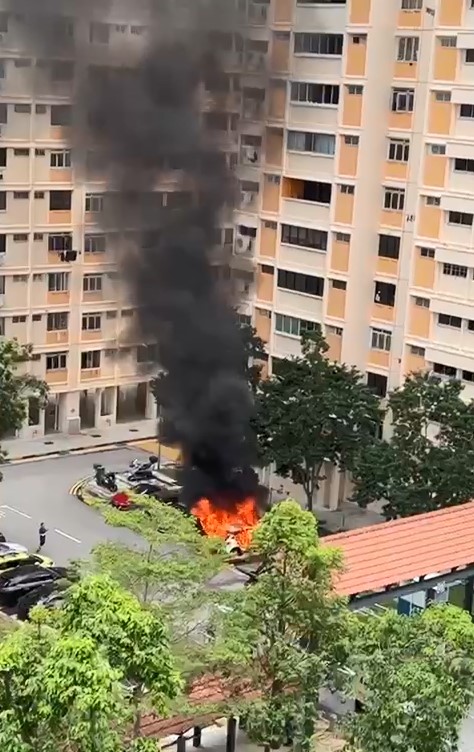 From a photo posted in Traffics accident.SG, the burning car was white, and its doors were open. 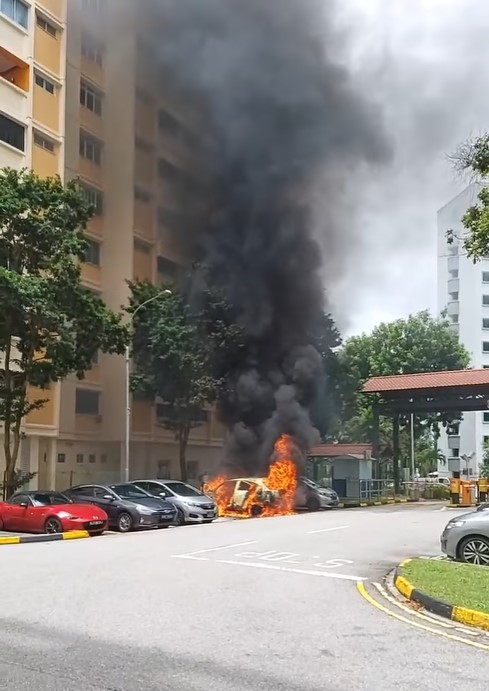 According to netizens, nearby residents heard some explosions from the car.

Some people were so shocked that they screamed in response, said a contributor on Reddit.

They said the car belonged to two men who had occupied 2 lots with all their doors and the bonnet open, seemingly packing stuff.

The poster added that they were lucky not to have parked next to the car, considering the fire was big enough to spread to other nearby vehicles. In fact, despite there being a few lots’ gap between the burning car and other cars, the fire still seemed too close for comfort in some photos. 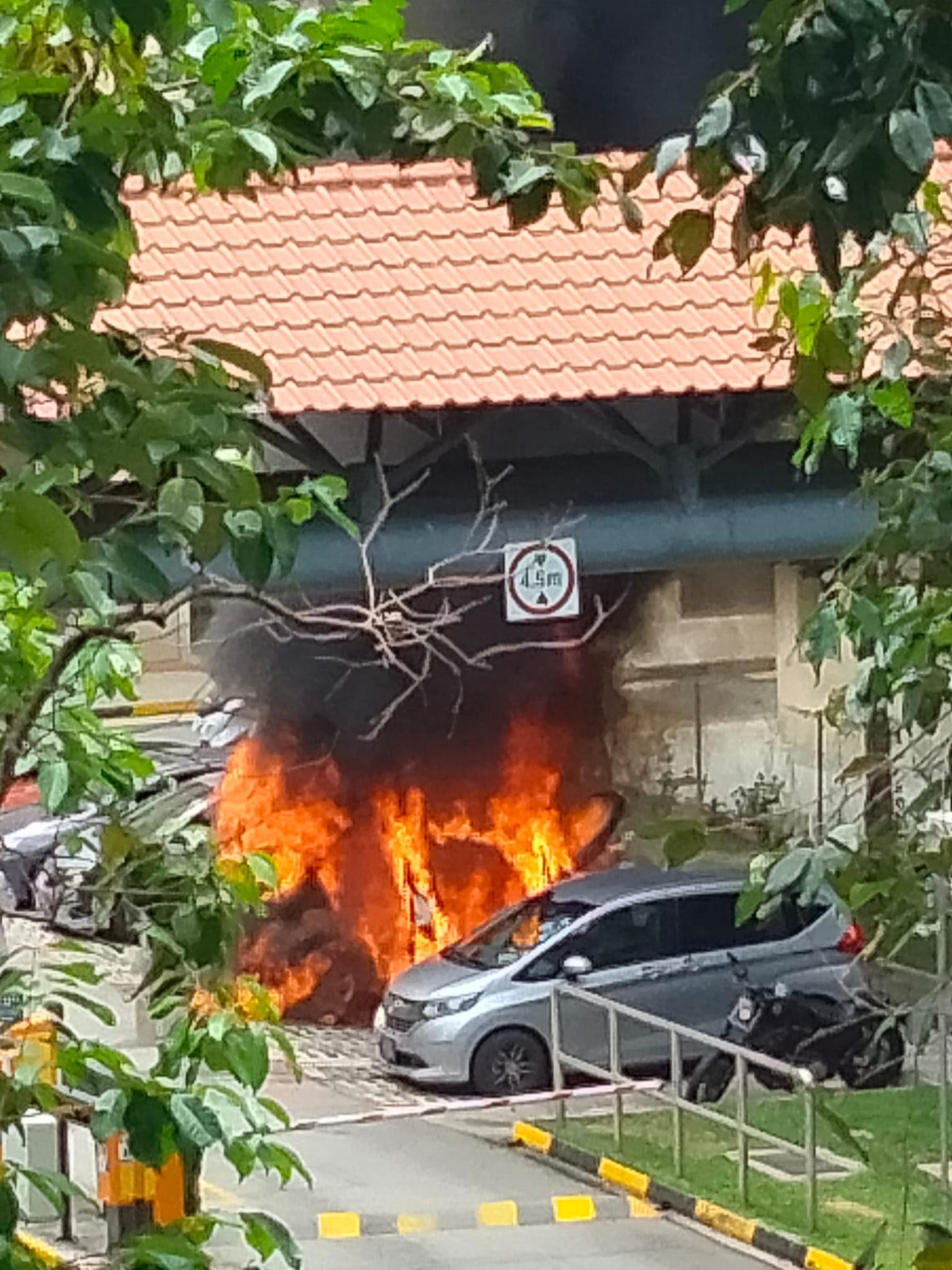 Indeed, as an indication of how intense the fire was, a large black plume of smoke emanated from the burning car. 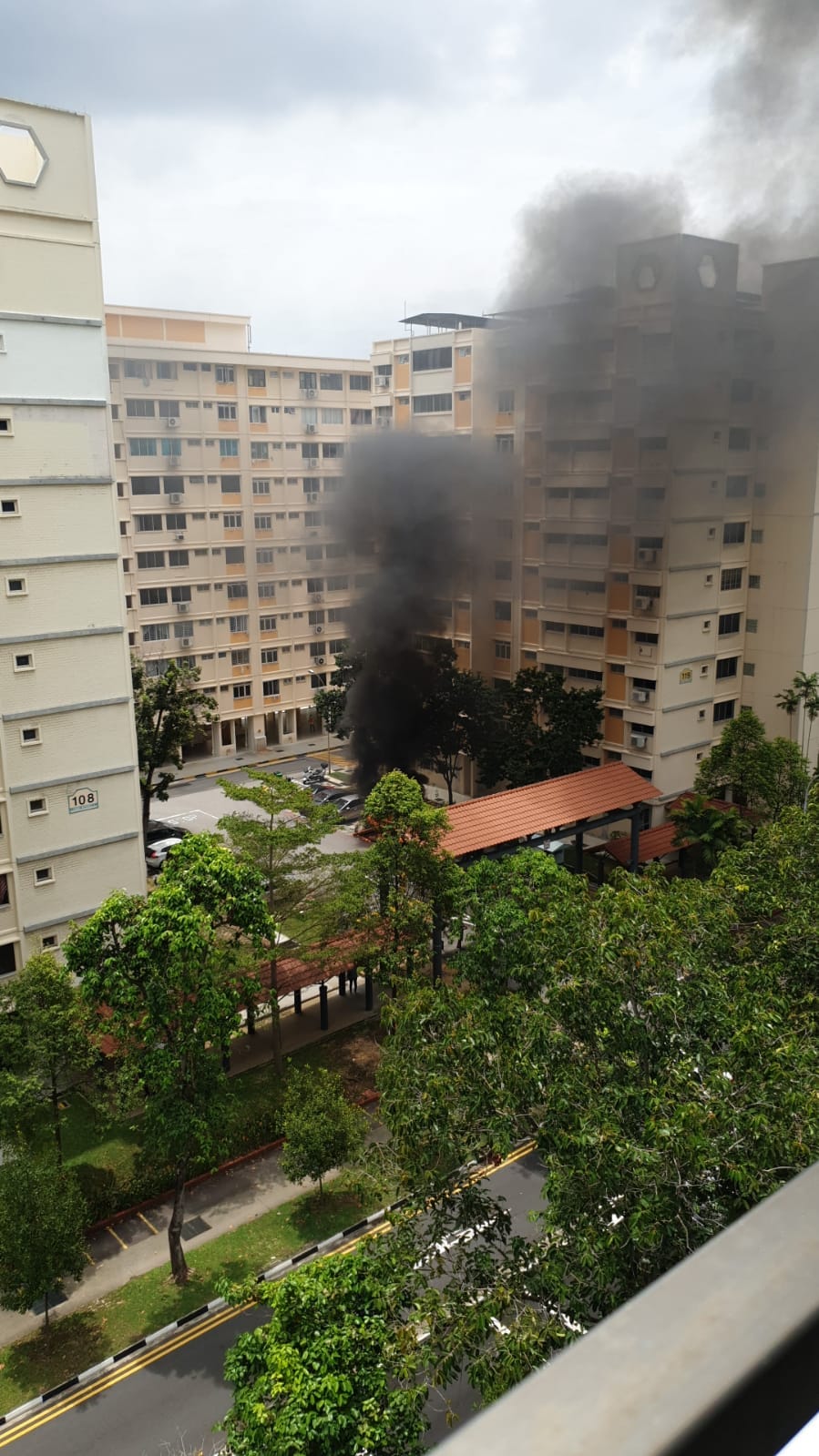 In fact, the plume was so large that residents in blocks far away from the scene were alarmed by it. 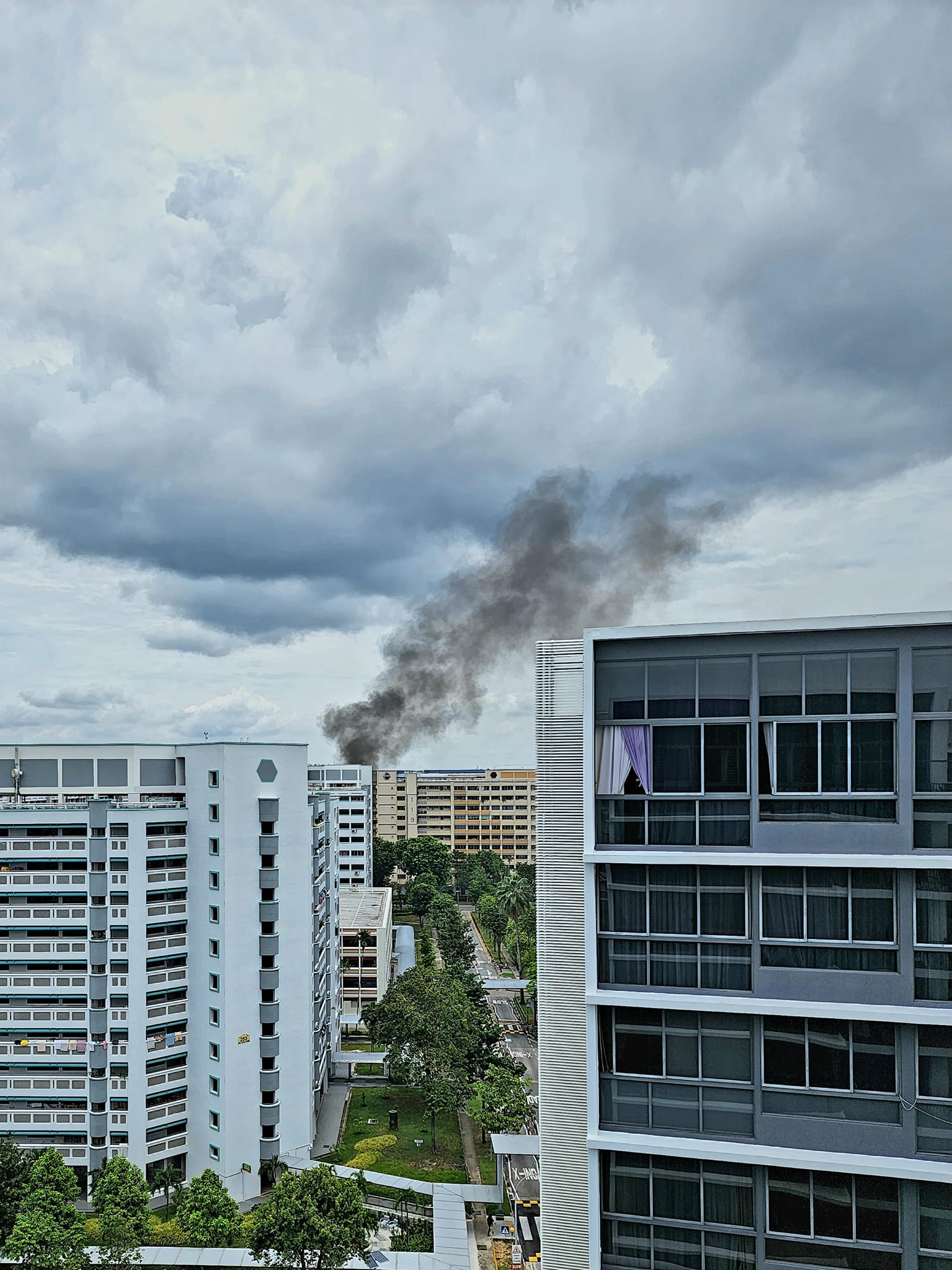 The black smoke darkened the otherwise blue and clear skies in Simei. The smoke could even be seen – and smelt – from Simei MRT station, said a netizen. 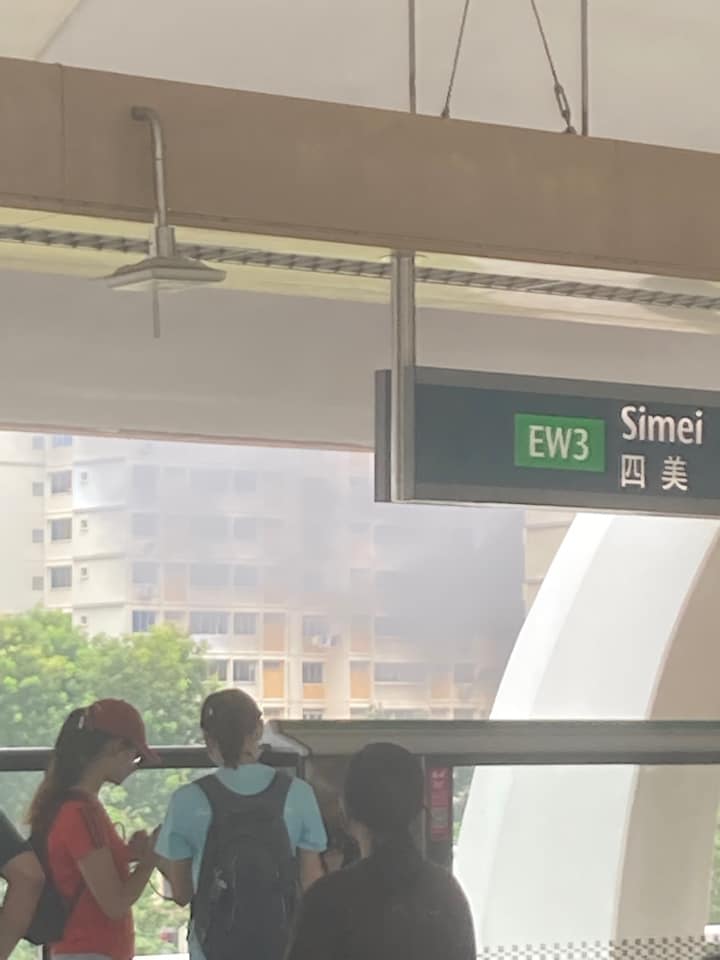 Eventually, the SCDF arrived on the scene. 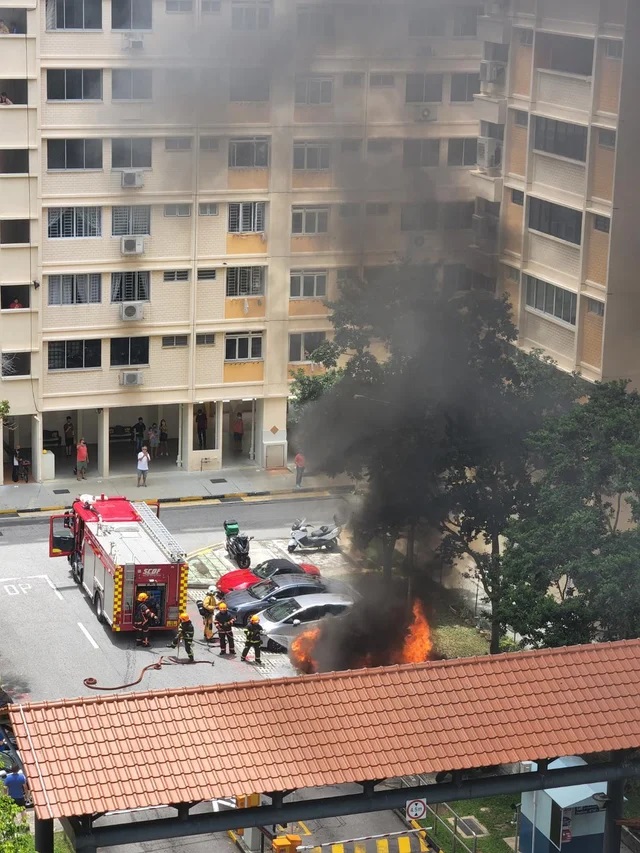 They managed to put out the fire using two hose reels. However, the car was burnt to a crisp. 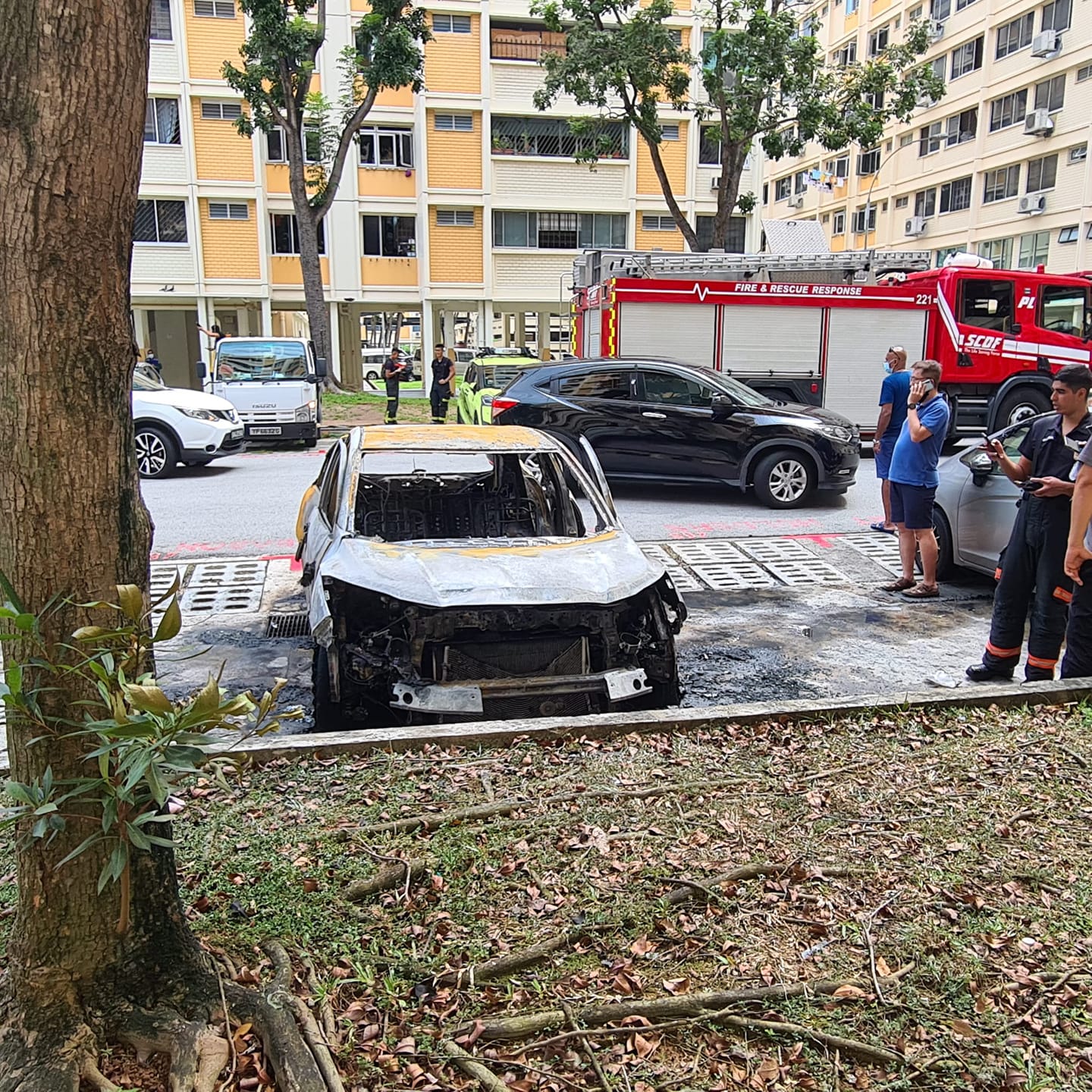 Thankfully, no injuries were reported, said the SCDF. However, the cars nearby weren’t so lucky, as they added,

A few cars that were parked adjacent to the burning vehicle were also affected by the fire. 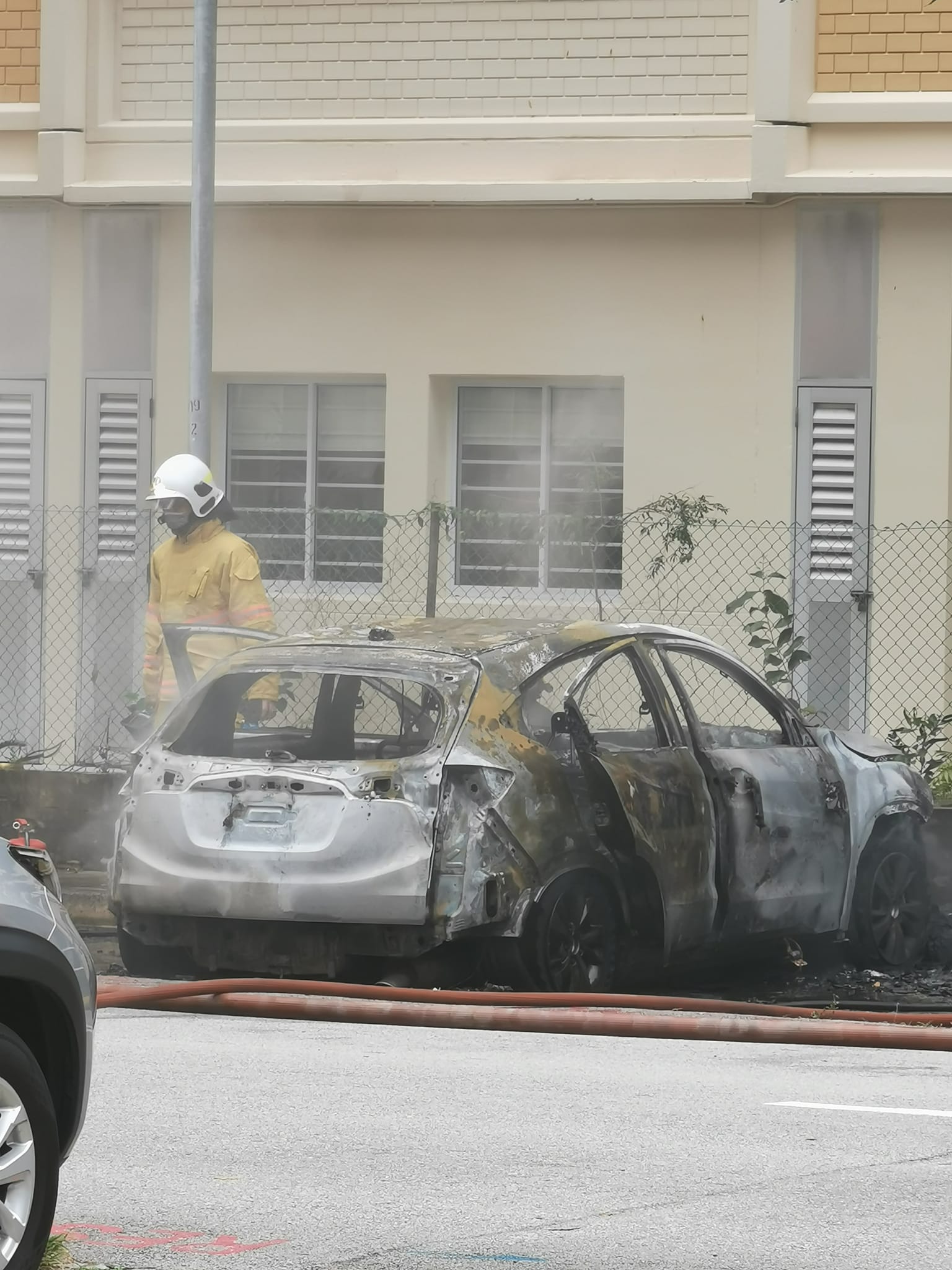 The SCDF is investigating the cause of the fire.

Kudos to SCDF for timely action

Previous car fires have resulted in lives being lost, so it’s good that that wasn’t the case here.

That may be scant comfort for the owners of the nearby cars that were affected, though, as they might be uncertain who will pick up the bill for their damages.

Kudos to the SCDF once again for their timely action, or the damage may have been greater.

Hopefully, the authorities will get to the bottom of how this happened.