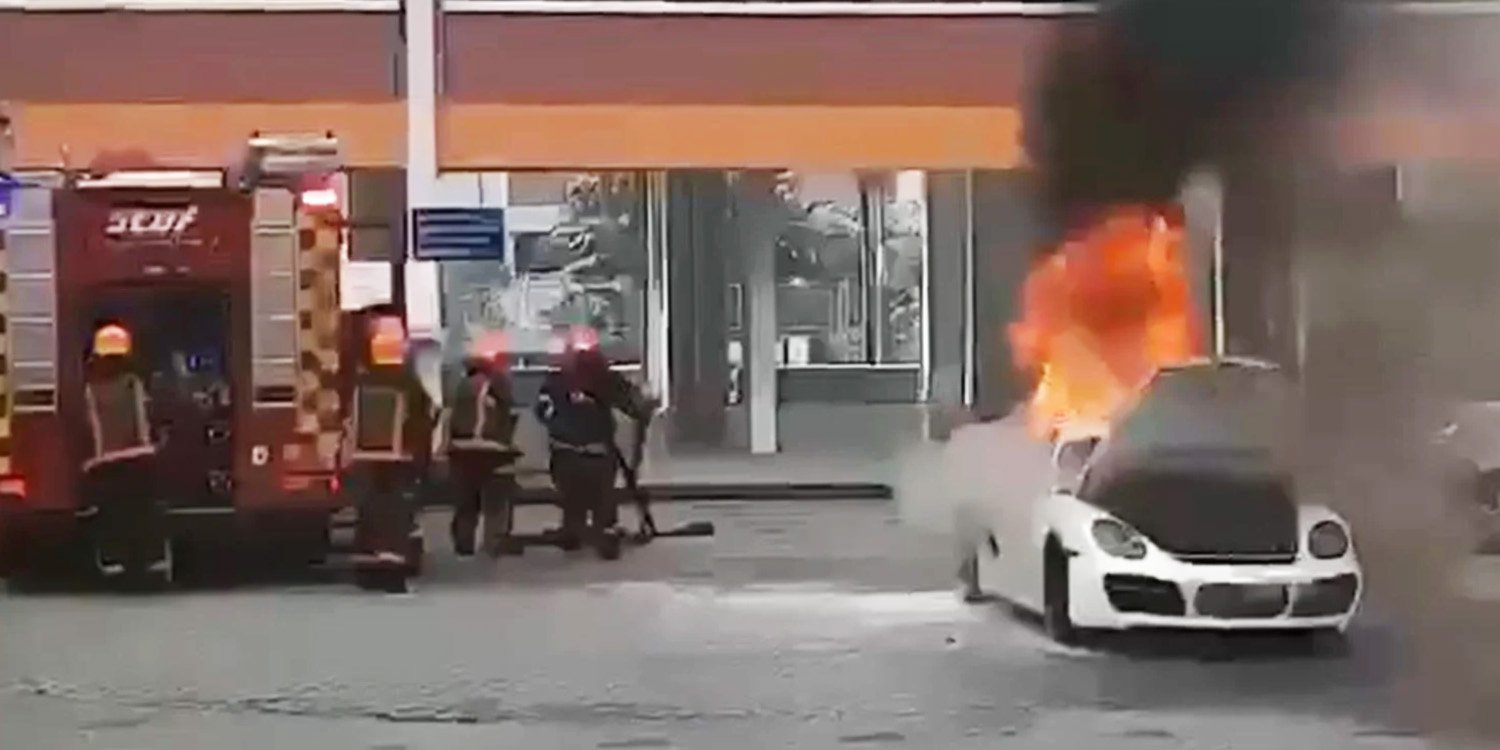 This year, firemen have been kept busy by several cars bursting into flames suddenly, and while the incidents appear unrelated they definitely attract lots of attention.

While previous cases have taken place on major roads or expressways, the most recent one happened a bit too close to home – in the middle of a carpark in Bishan. 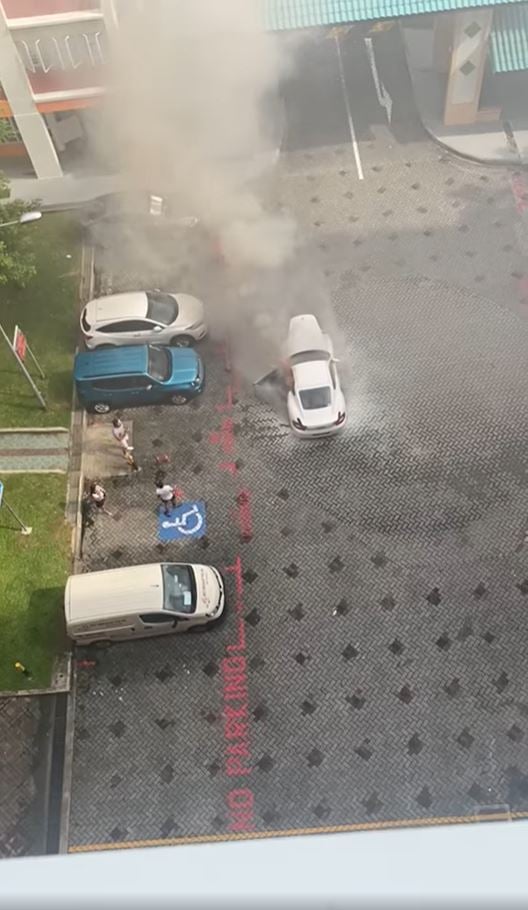 Thankfully, just as the fire seemed to be getting worse, the Singapore Civil Defence Force (SCDF) arrived on the scene to put it out just in time.

In response to queries by MS News, the SCDF said they were alerted to the incident on Saturday (5 Jun) at about 3.45pm.

They also identified the location as Block 257, Bishan Street 22. 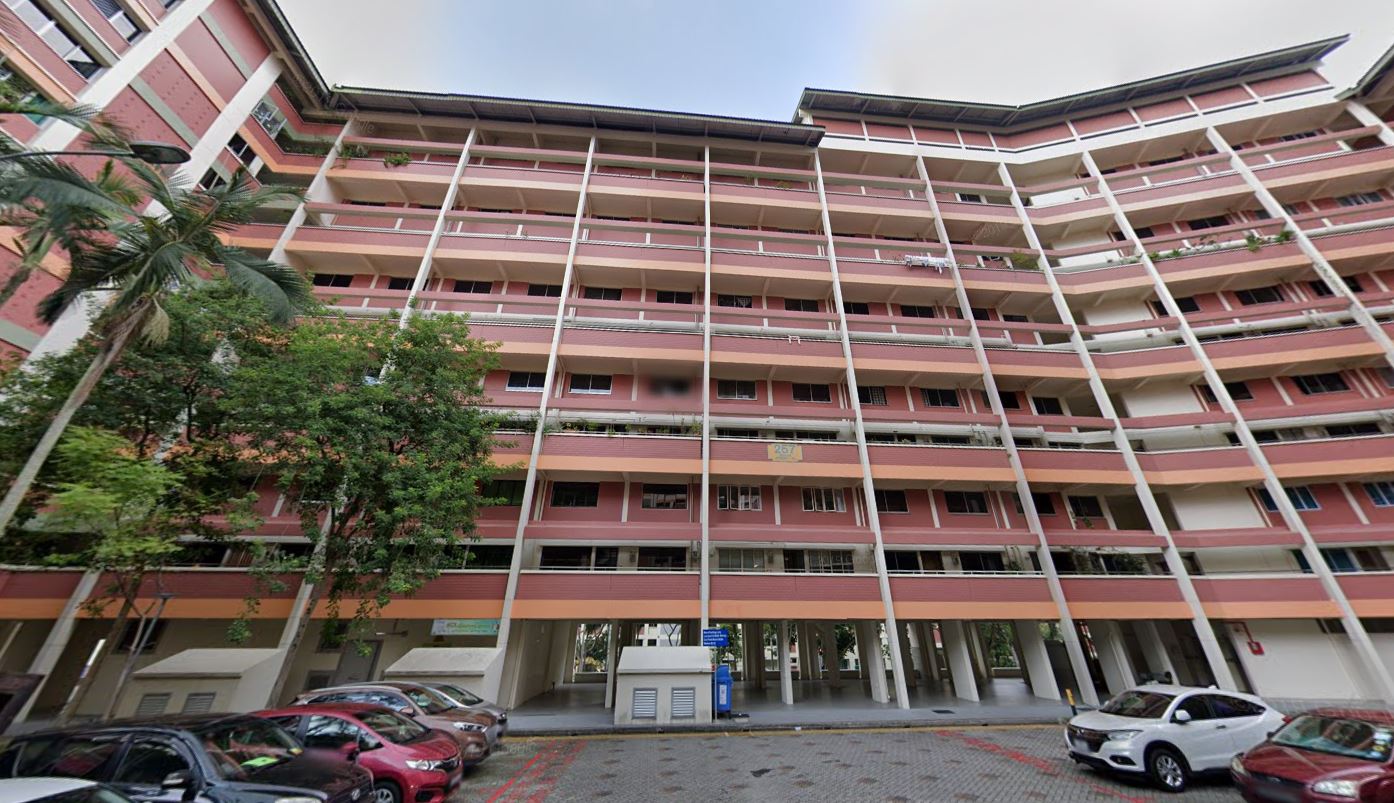 2 men try to put out fire

Videos posted on Facebook by netizen Patrick Tan show that the white Porsche was initially emitting smoke, with its front bonnet and left-side door open. 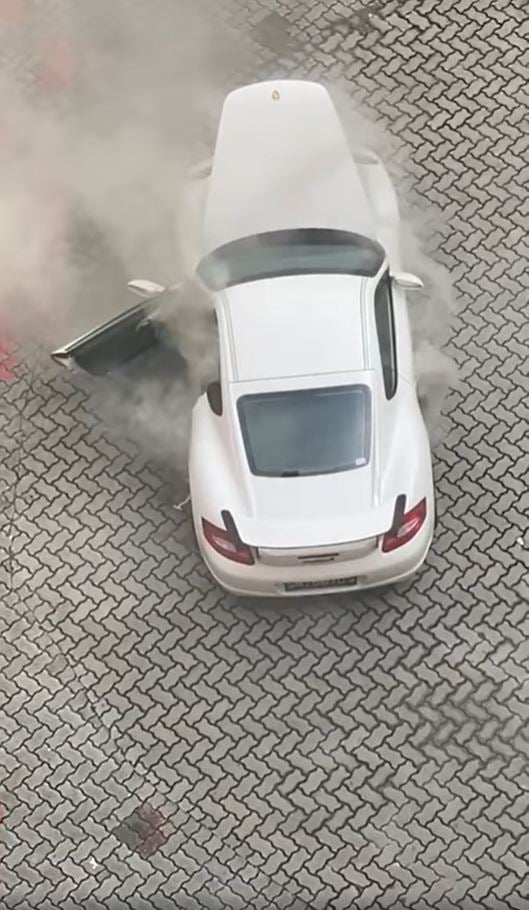 There are also 3 men standing to the side, 1 of whom arrives with a small fire extinguisher. It’s uncertain whether they’re connected to the car in any way, or just helpful onlookers. 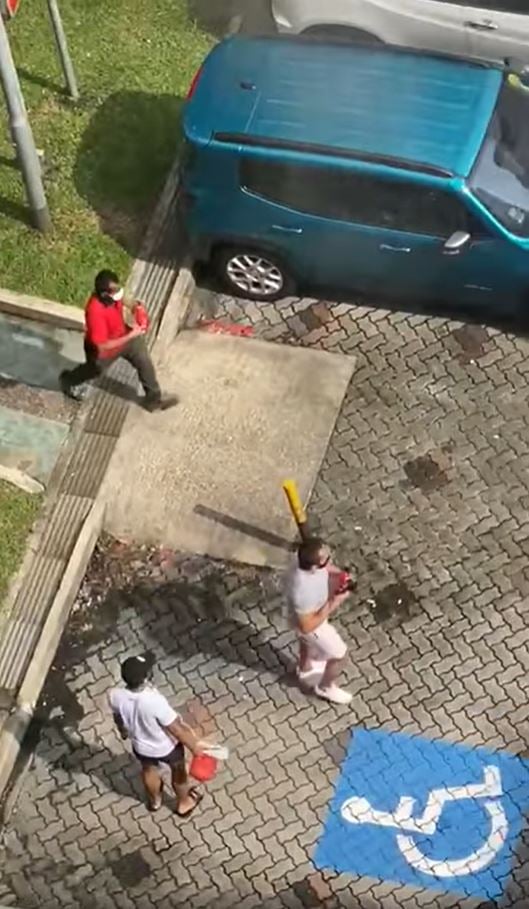 He valiantly tries to put out the fire, to limited success. 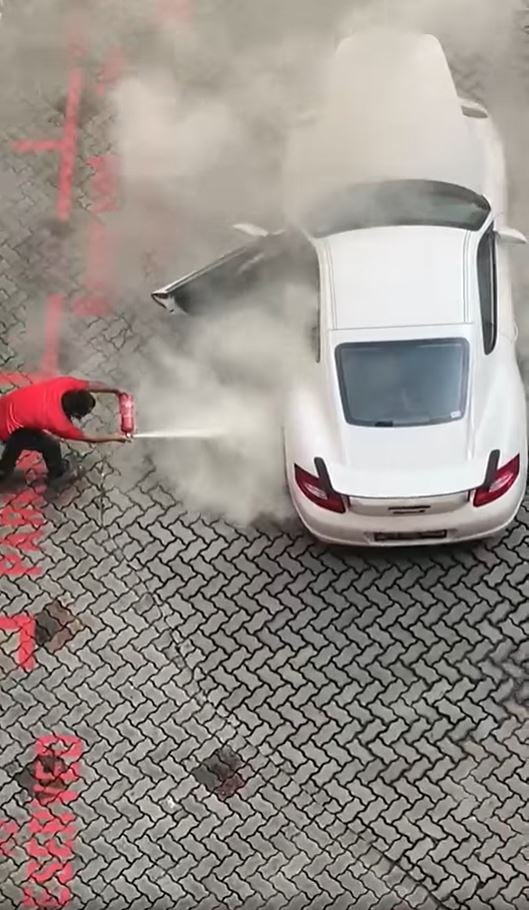 Another guy gives it a try, but more smoke comes out and a small fire can be seen emerging from the back of the car. 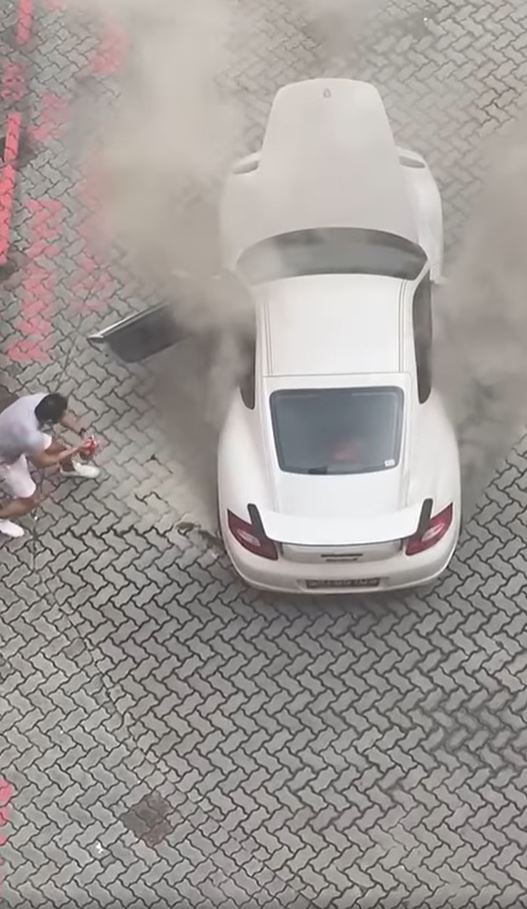 Off-camera, a woman can be heard claiming that the car was already on fire when it turned into the carpark.

Fire gets worse, but help on the way

Soon, the fire gets worse, as strong flames can now be seen coming out of its left side. 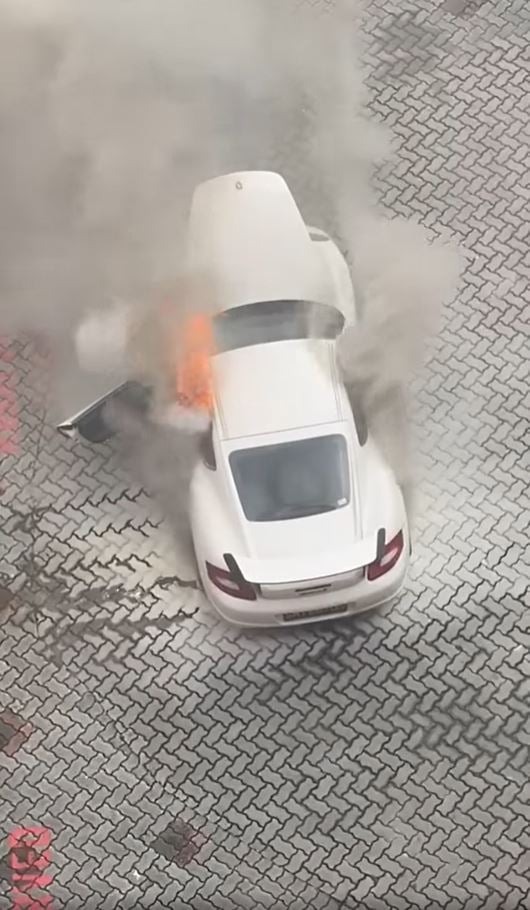 The person behind the camera is getting worried, as he says,

Oh no, it’s getting from bad to worse.

A woman off-camera can also be heard expressing concern that the car may explode.

However, something positive can also be heard in the video: the siren of a fire engine, signalling that help is on its way.

Will it come on time to prevent an explosion?

Sure enough, the next video shows the fire engine arriving, and officers hustling to roll out their hoses as the fire rages nearby. 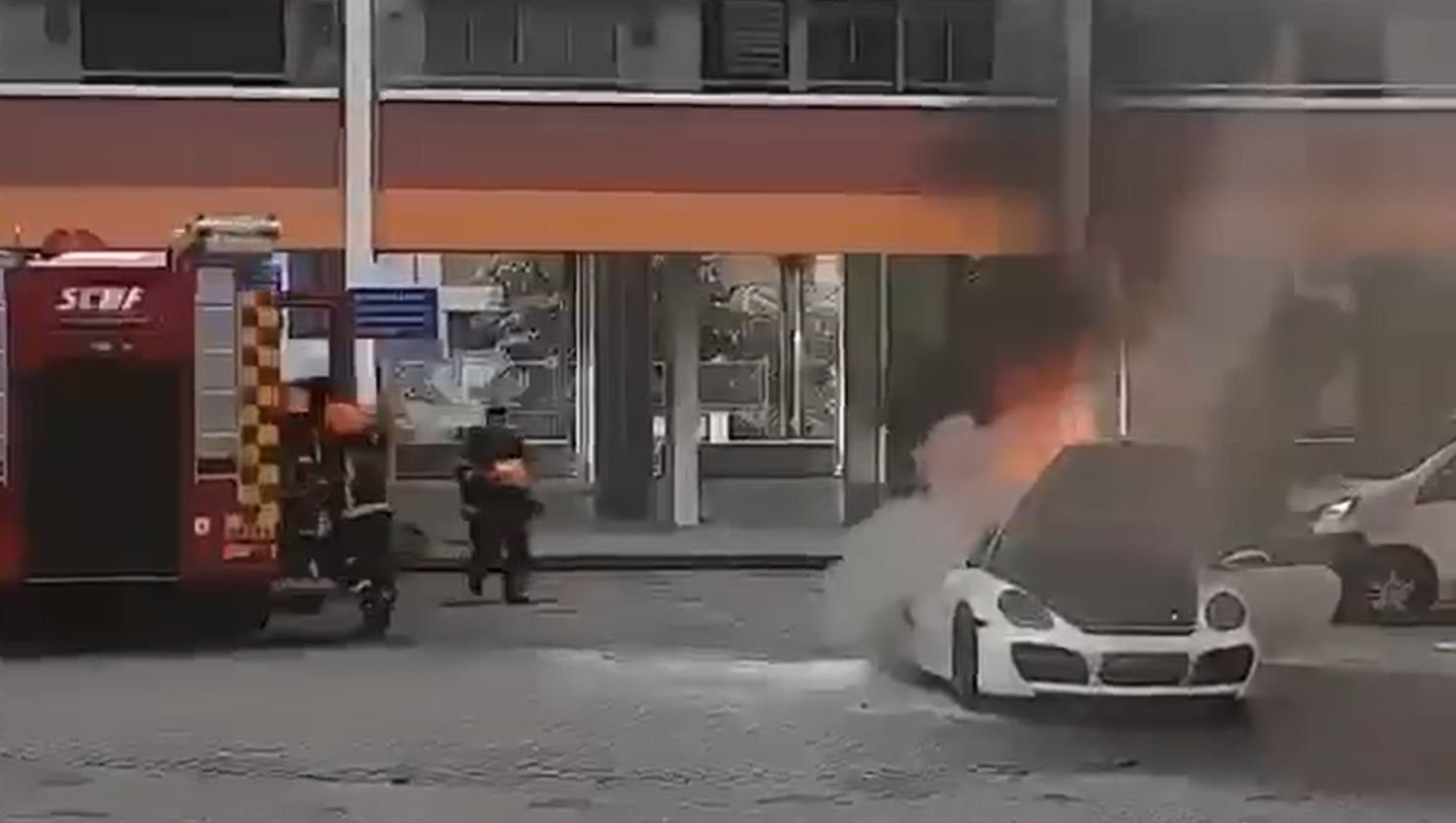 As they get ready, the fire becomes bigger still.

There’s a moment when viewers might panic, wondering if they’d be able to put the fire out in time to prevent an explosion. And if they don’t, their lives would be in danger. 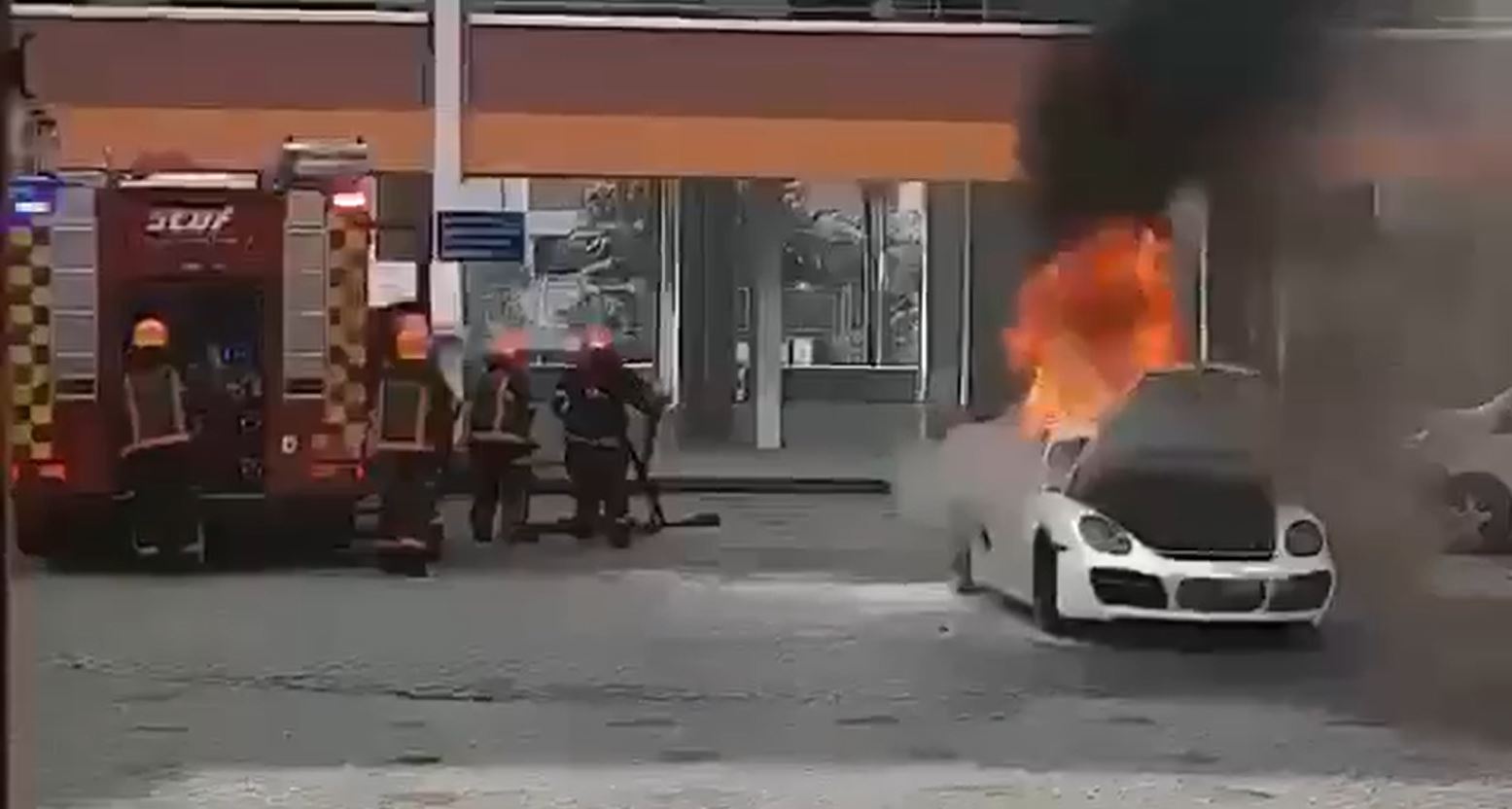 Thankfully, our intrepid SCDF officers finally manage to put out the fire with a blast of water. 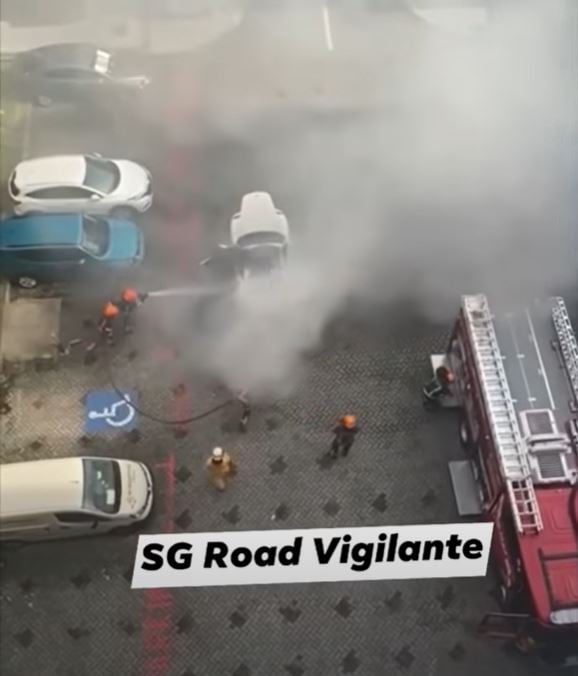 The blaze quickly goes out, much to the relief of all who’re at the scene. 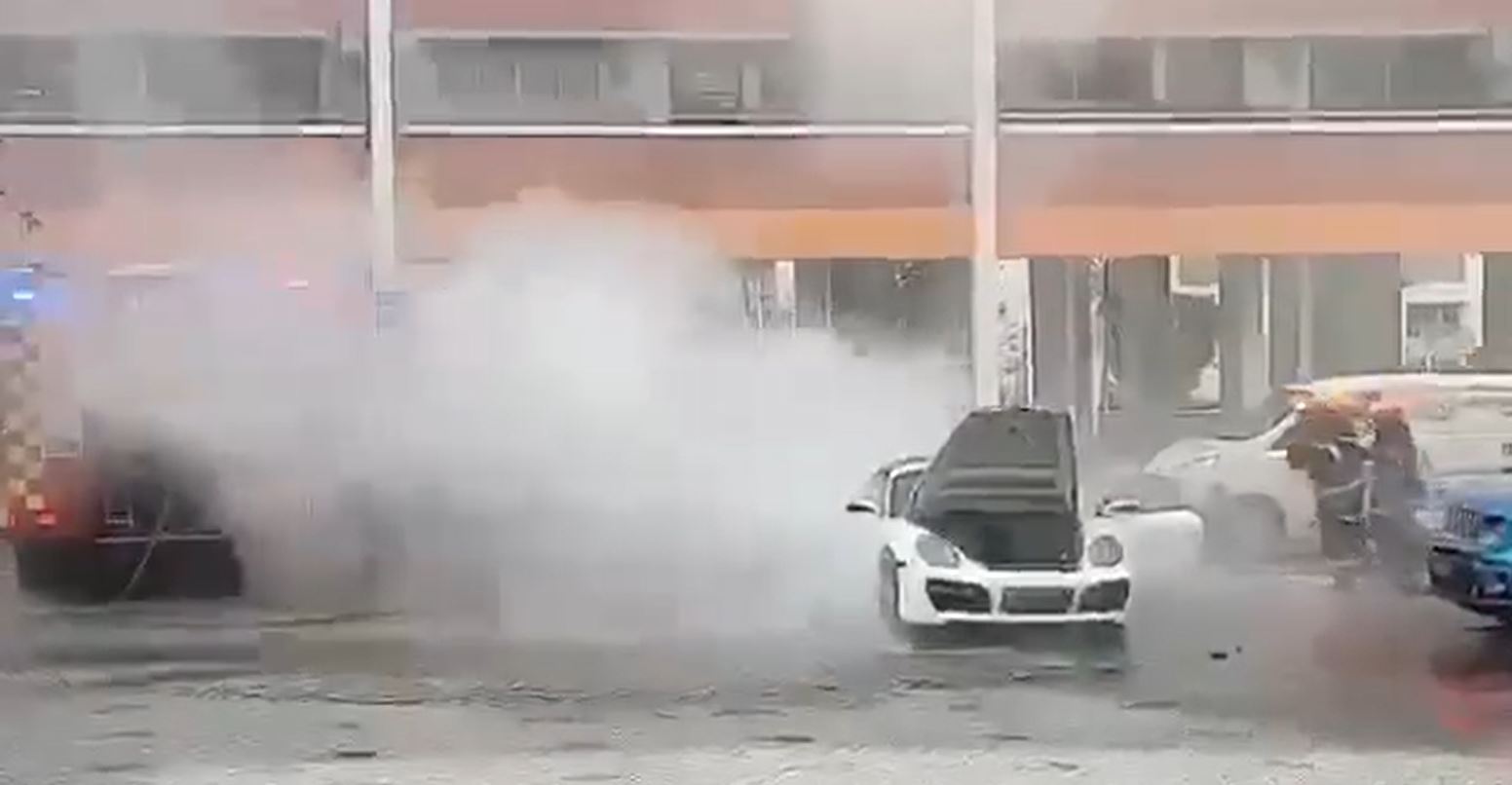 The SCDF said they extinguished the fire with a water jet.

Fortunately, there were no injuries reported.

Kudos to SCDF for timely action

Kudos to the SCDF for their timeliness in rushing to the scene and putting out the fire.

The videos show that not only did the officers protect the neighbourhood from an unthinkable explosion, they put their lives on the line to do it.

Strangely, besides this incident, other cars have also caught fire in heartland estates in recent months – at Tampines junction, Punggol carpark and Geylang Serai market.

We won’t speculate on the reasons as they may vary, but these incidents show that car maintenance is important and should be done so regularly.