Must Share News – Independent News For Singaporeans
Home Current Affairs Transport Man Escapes From Burning Car Along BKE, Is Thankful To Be Alive 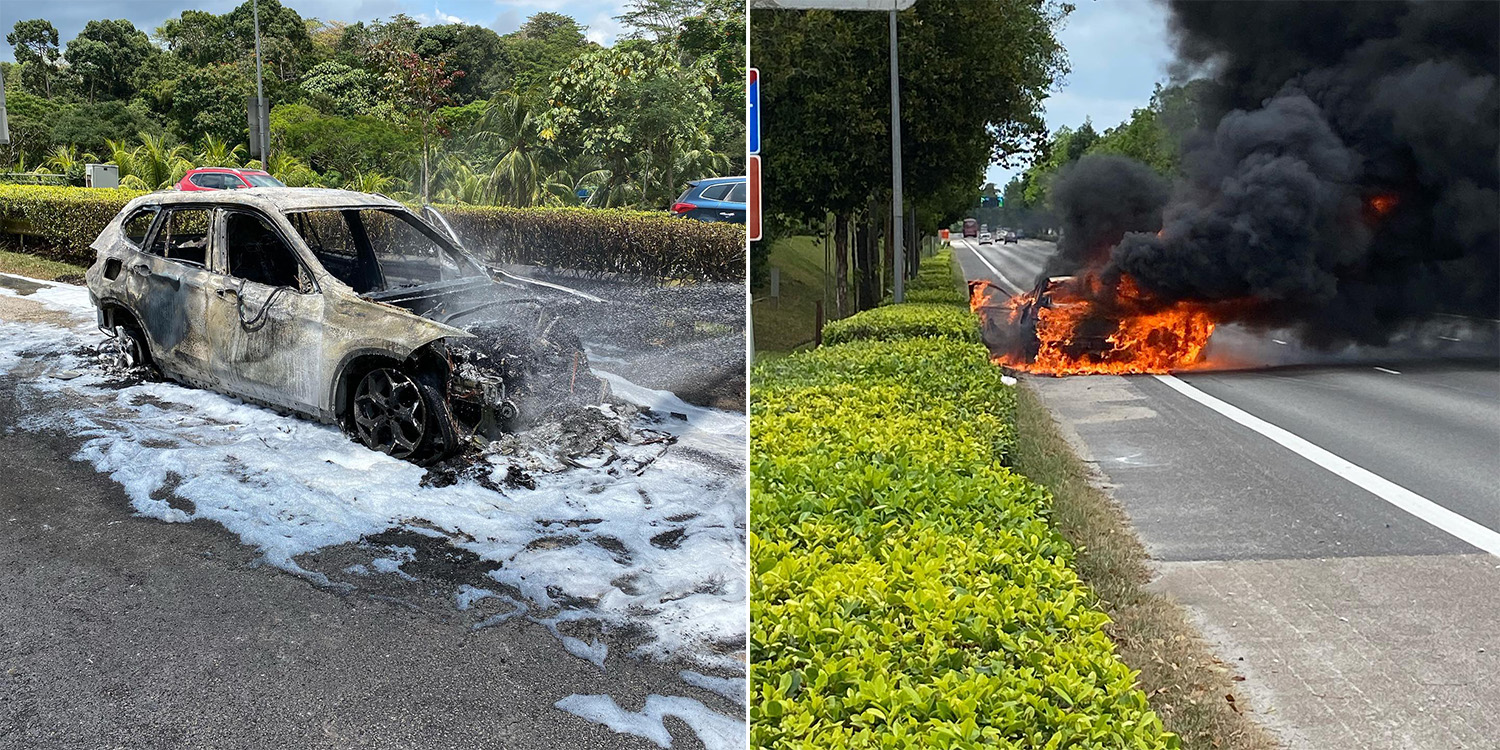 There’s been an unusual amount of fires lately, and while unrelated, they’re happening rather frequently regardless.

One of the latest incidents involved a burning car along an expressway, and fortunately the owner was able to escape unscathed. 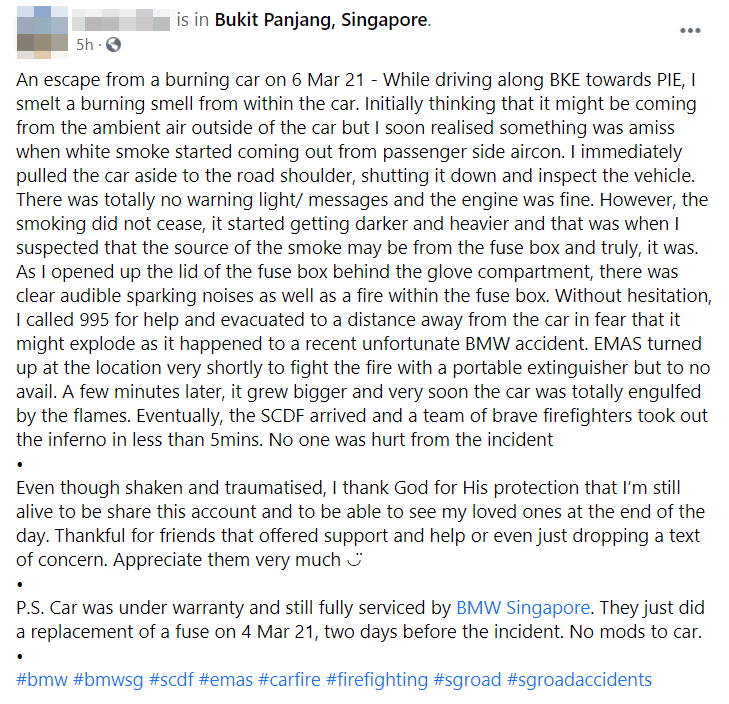 Mr Lester Cher shared on Facebook about how he managed to escape when his car’s fuse box started smoking, with sparking noises audible.

While shaken, he says that he’s thankful to be alive.

The incident took place on Saturday (6 Mar) afternoon along the Bukit Timah Expressway (BKE) towards the Pan-Island Expressway (PIE).

Mr Cher was driving in his BMW when he caught a whiff of something burning from within his car.

Initially, he thought the smell was coming from outside, but this was proven wrong when white smoke became pouring from the aircon on the passenger side.

Although the engine was fine and there were no warning lights, the smoking didn’t cease, becoming darker and heavier.

He suspected that the smoke was coming from the fuse box and he was right.

There were “clear audible sparking noises” and a fire that had started within the fuse box.

Immediately, Mr Cher called 995 and evacuated from the car, fearing that it might explode.

A very short time later, LTA’s Expressway Monitoring Advisory System (EMAS) arrived with a portable extinguisher, but they were unable to put out the flames.

Soon, the car was totally engulfed, with black smoke filling the air. 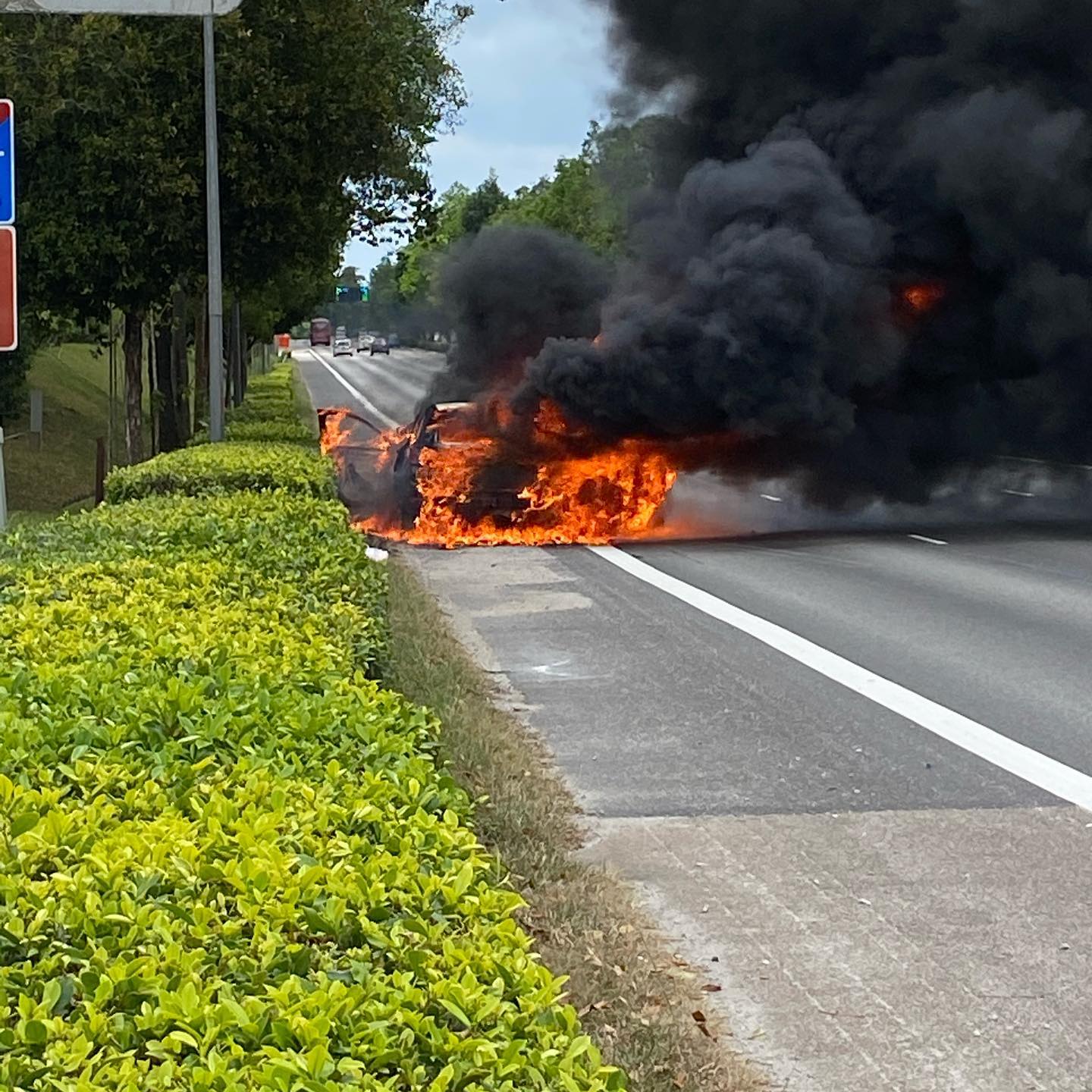 SCDF eventually arrived later – it wasn’t specified how long they took – and took out the flames in fewer than 5 minutes.

A video taken of the incident showed the brave firefighters clearing up the fire. 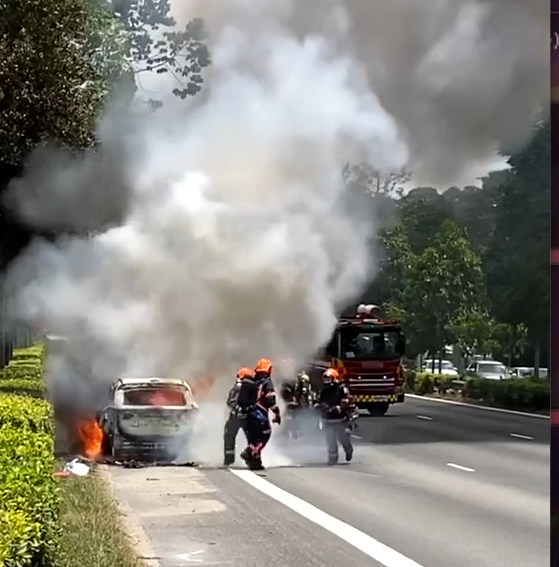 Thankfully, no one was hurt, although the BMW was thoroughly burnt. 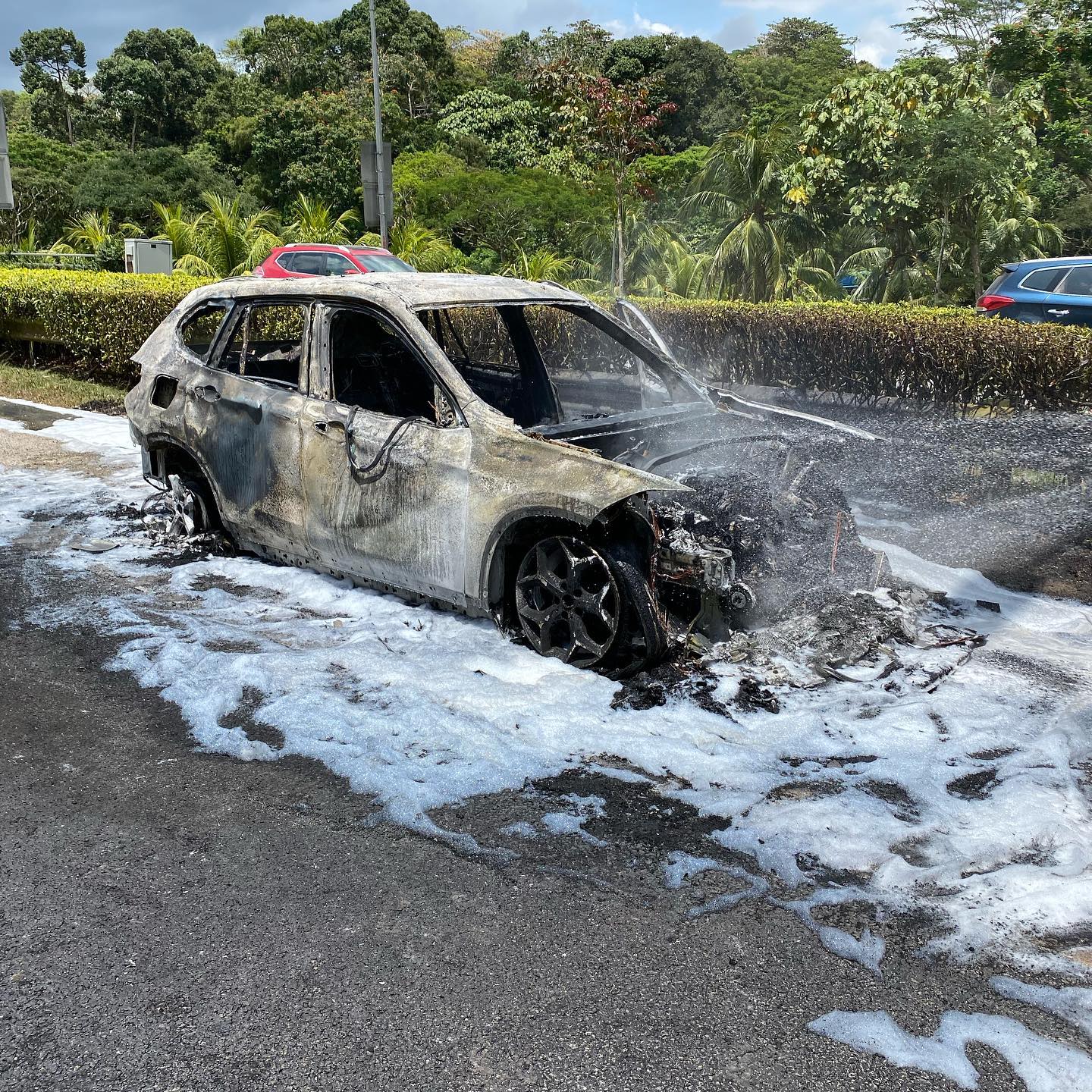 Man thankful to be alive

Seeing as his car went completely up in flames, Mr Cher can count himself lucky to be alive, watching from a safe distance as he’d evacuated in time. 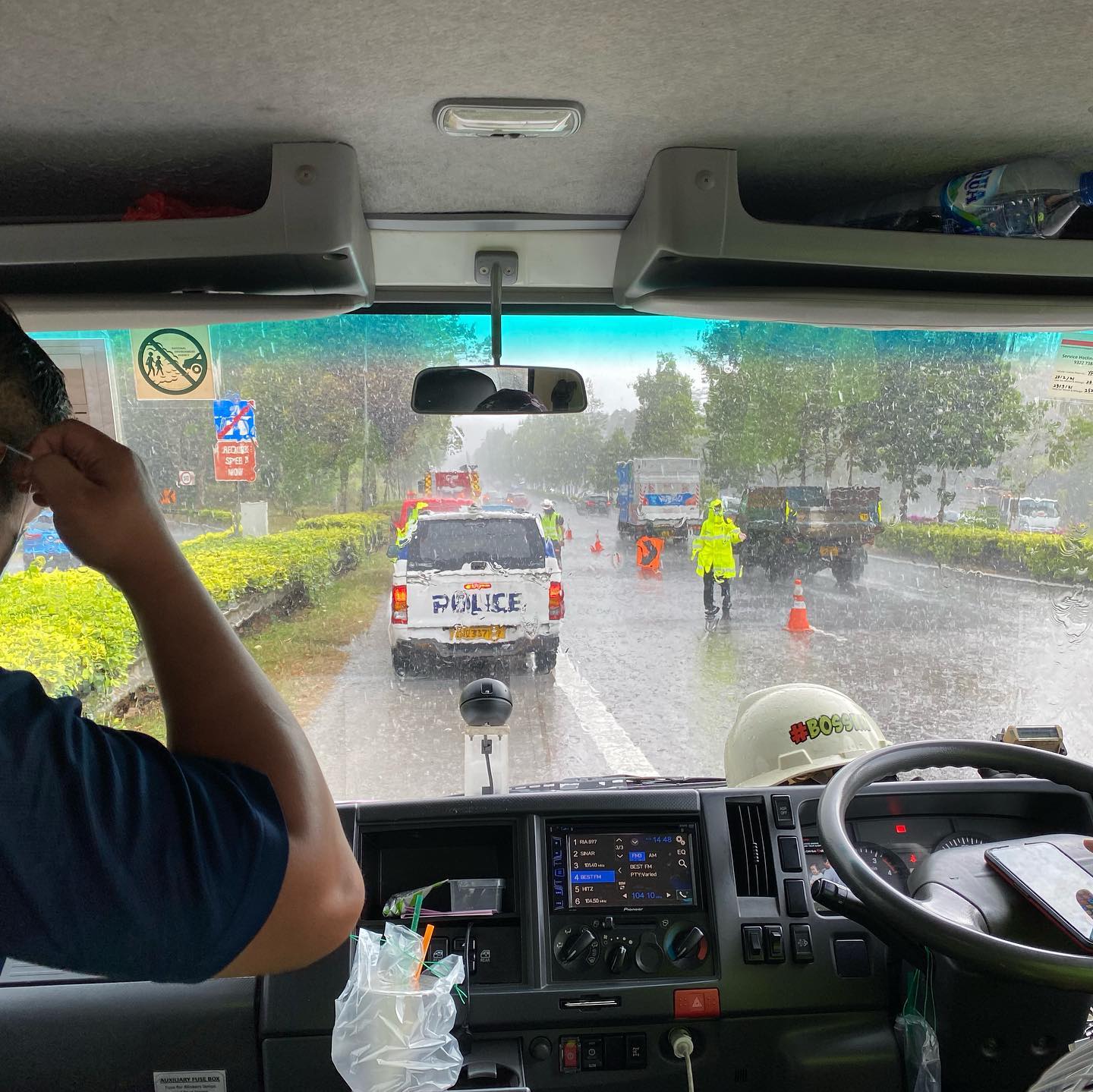 He shared that he’s shaken by the incident, but is thankful to God that he’s able to share the account and see his loved ones.

He’s also lucky that the car was under warranty and fully serviced by the manufacturer. A fuse had been replaced just 2 days prior, and there were no modifications made to the car.

It would seem that SCDF firefighters have been busy as of late. Tirelessly working round the clock, we’d be much worse off without them to put out fires around Singapore.

Salute to these brave firefighters.

As for Mr Cher, we’re glad that he escaped unscathed and that his car was fully serviced.

Much worse things could have happened, but this is a reminder that accidents and malfunctions can and do happen — we have to remain calm and call for help promptly.