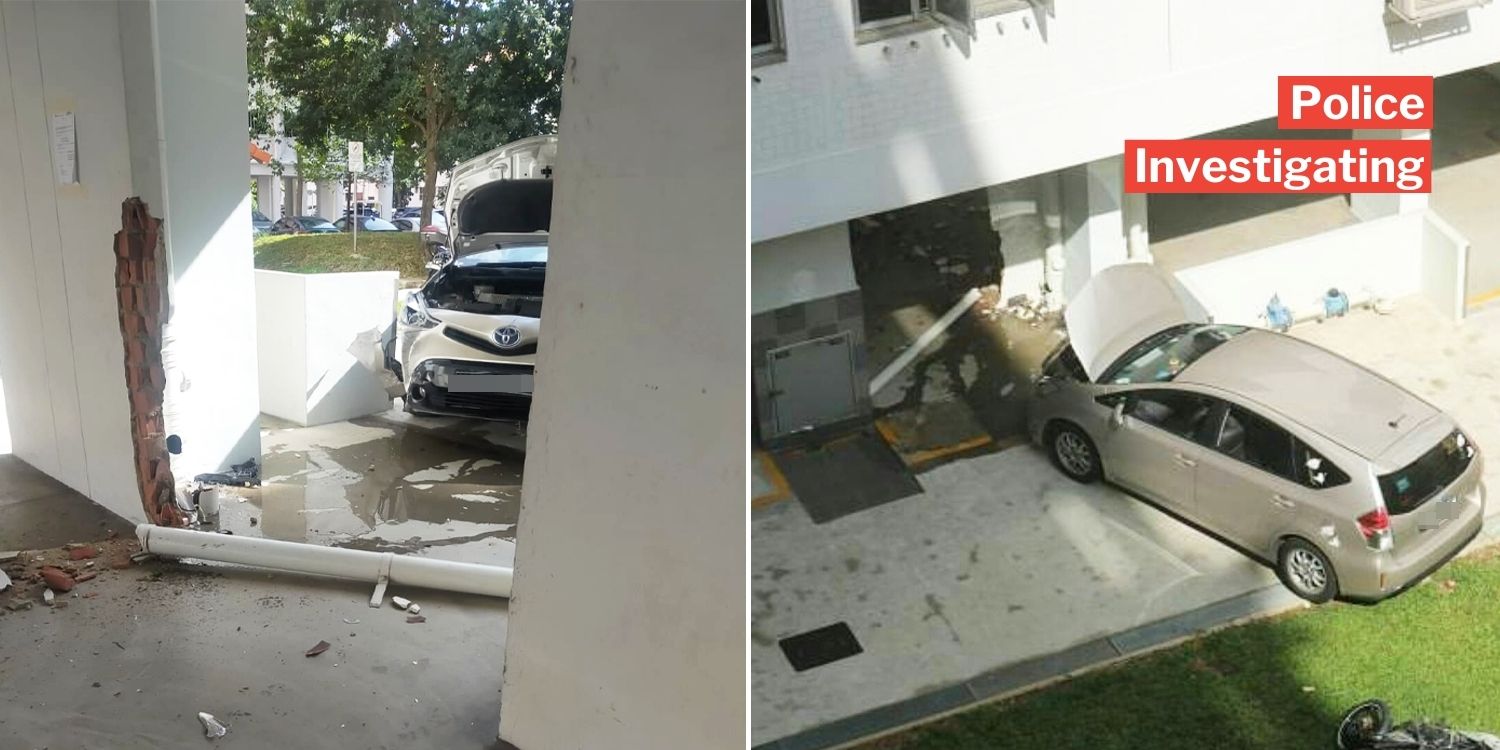 Car Smashes Into Wall At Hougang Void Deck On 21 Mar

Cars should ideally belong on roads but sometimes, accidents and slip-ups land them at places they don’t quite belong in.

On Sunday (21 Mar), a car smashed into a wall at a Hougang void deck. 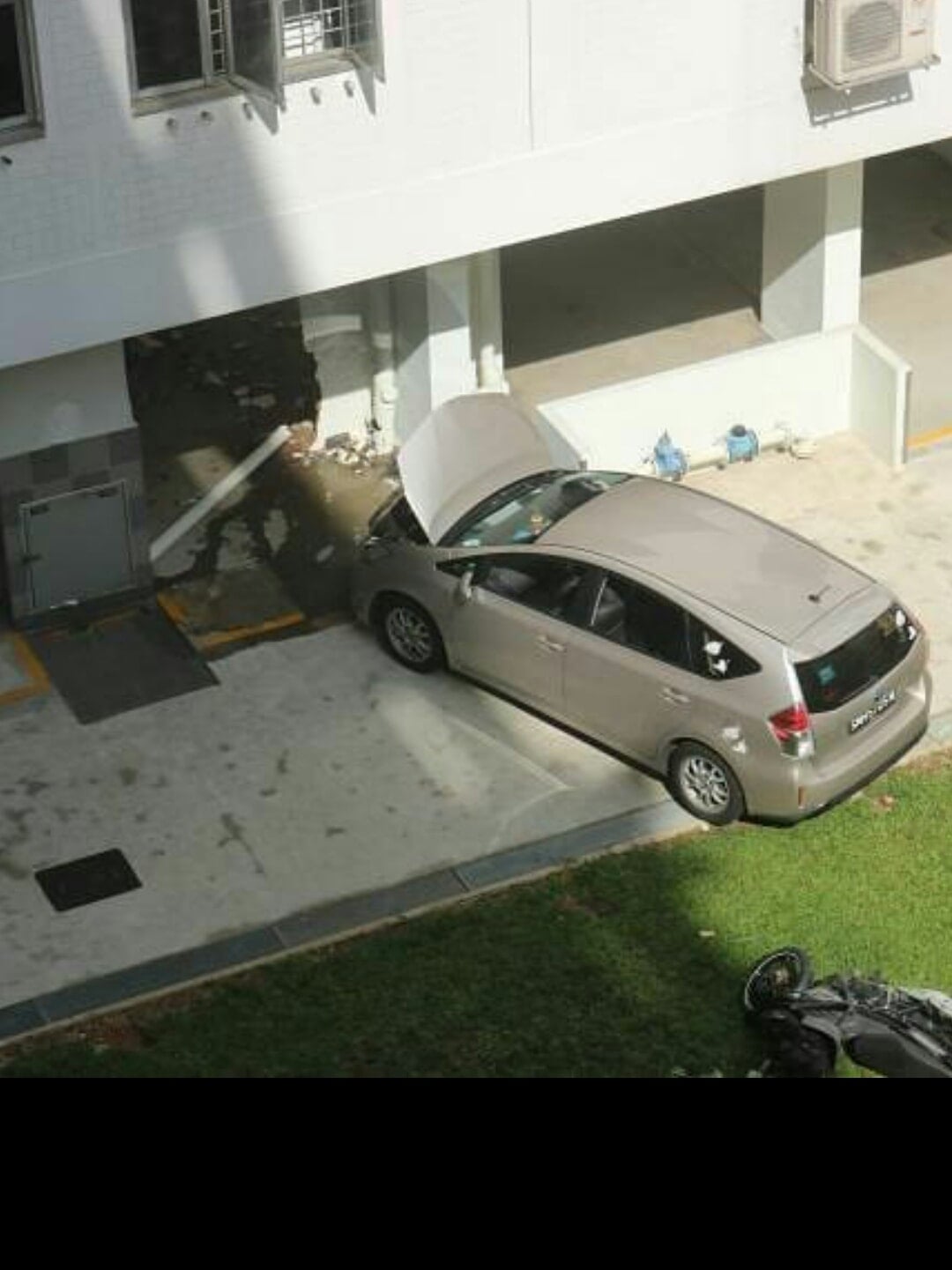 The 62-year-old driver was later conveyed to a hospital for treatment, but no other injuries were reported. 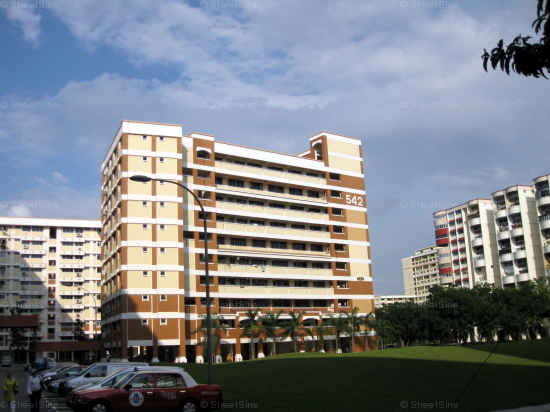 Upon impact, a wall at the void deck was knocked down. 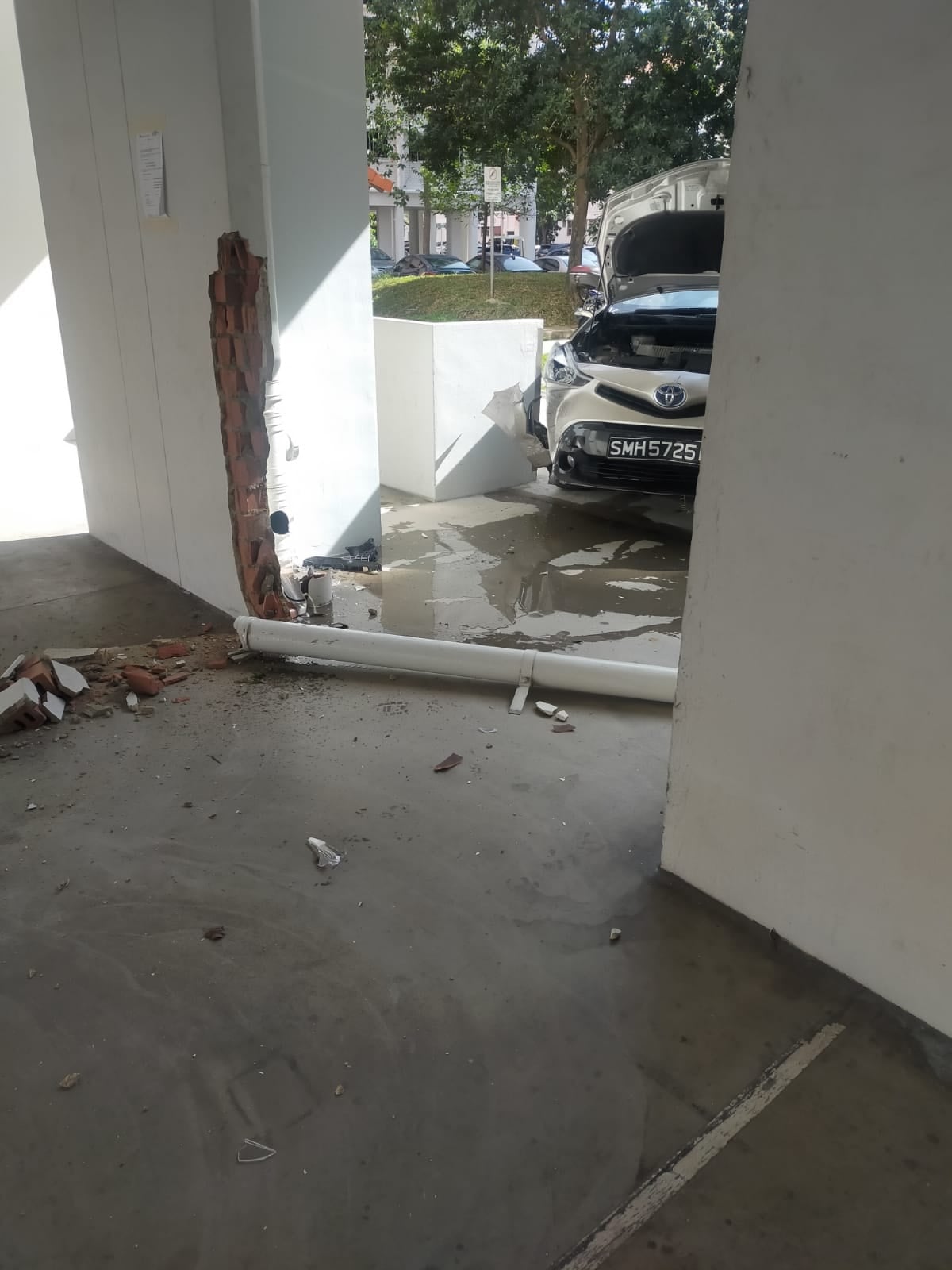 According to Shin Min Daily News, broken bricks were seen all over the ground.

The ground floor sewage pipe was also broken. It had fallen and caused a mess as sewage leaked out.

According to Shin Min Daily News, the car had a private hire sticker on its windshield, indicating that the man was a driver for a ride sharing company.

It is believed that the 62-year-old driver had accidentally stepped on the accelerator while parking at the nearby open-air carpark.

His car then accelerated across the carpark, knocking down 5 motorcycles before colliding into the HDB wall, reported TODAY. 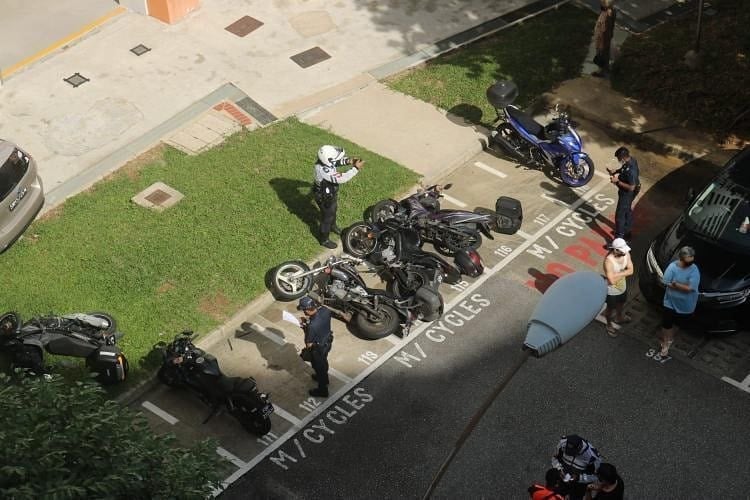 After the accident, the driver had walked out of the car himself but was subsequently carried on a stretcher into an ambulance.

Police later confirmed that the 62-year-old male driver was taken to hospital while conscious.

The case is now under investigation.

Thankfully, no passers-by seemed to be at the void deck at the time of the accident or things could have turned out much worse.

We hope the driver did not sustain any serious injuries and we wish him a speedy recovery.

While minor, this accident certainly demonstrates the importance of being alert at all times behind the wheel, even when parking.