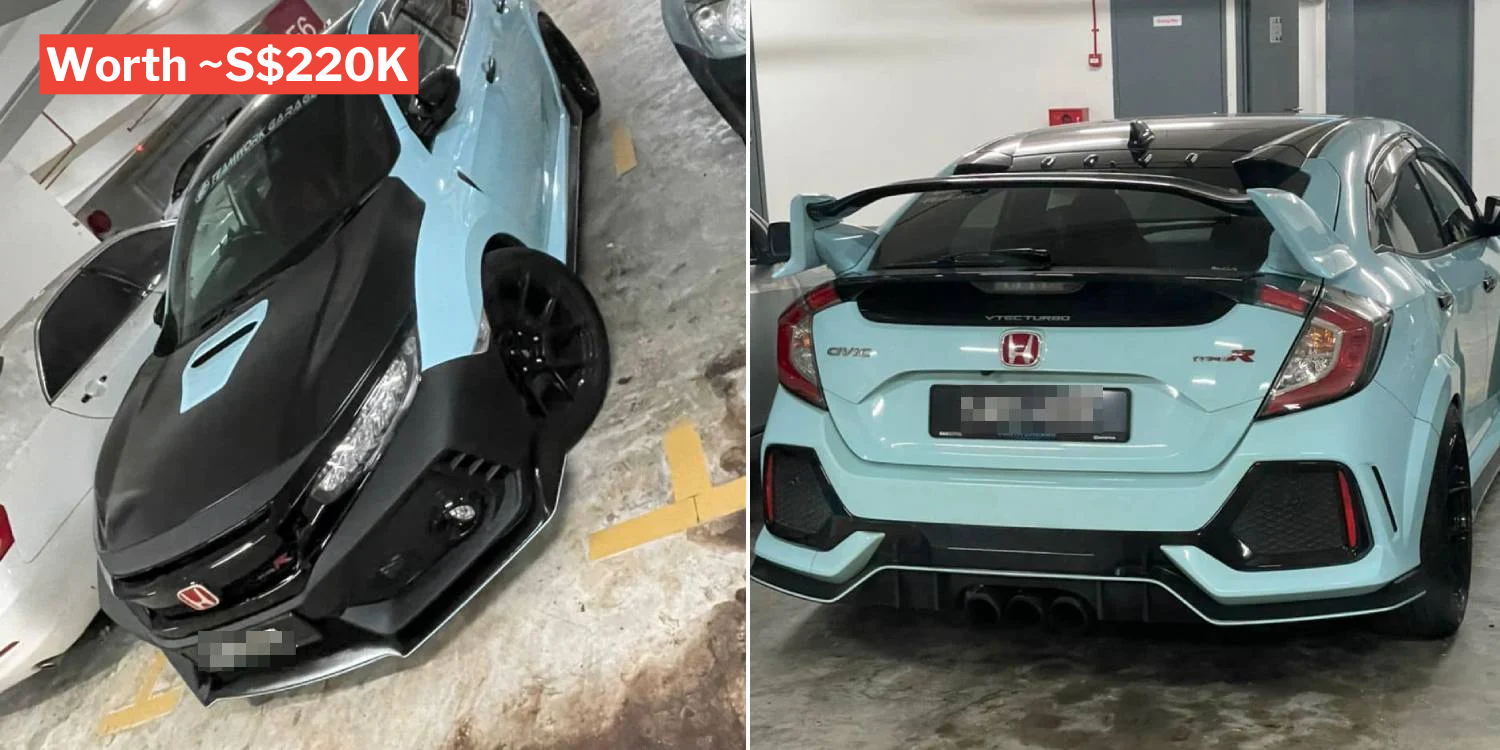 Despite the numerous appeals, the Singaporean driver apparently isn't hopeful that he'll find his car.

UPDATE (20 Jul): According to 8world News, Malaysian police have recovered the stolen car five days after it disappeared. They found it in a condominium’s parking lot in Sepang, Selangor, roughly 130km away from Genting Highlands.

With Causeway borders open again following a two-year hiatus due to the Covid-19 pandemic, Singaporeans are eagerly enjoying holidays in Malaysia again.

However, certain precautions should always be taken overseas, as a Singaporean man found out when he drove to Malaysia with his girlfriend and two other friends.

After his Honda Civic Type-R car was stolen in a mall in Genting Highlands, the 28-year-old appealed to Malaysian police, and then social media in a bid to find his car. 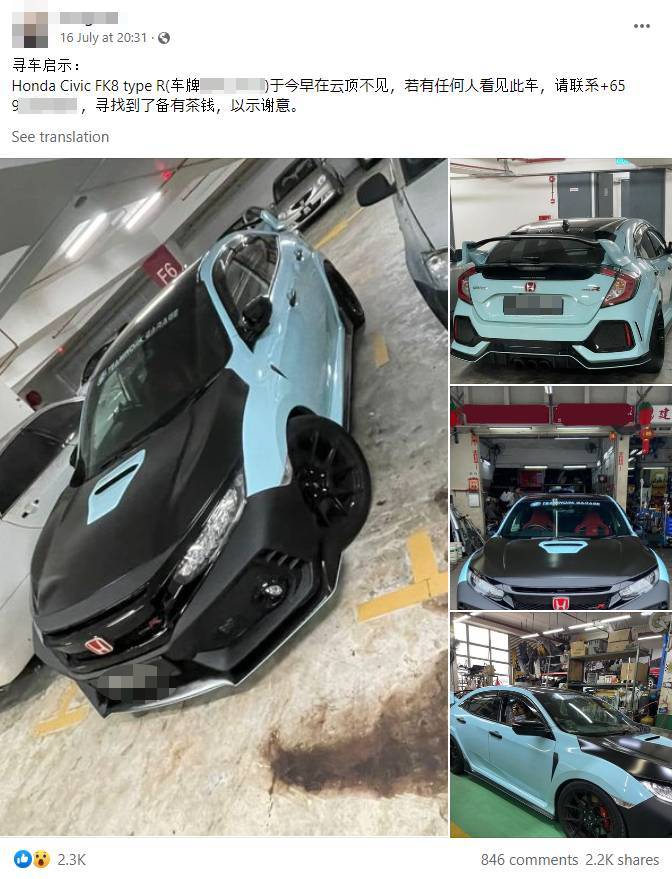 The car is apparently worth about S$220,000 by the owner’s estimation.

Speaking to AsiaOne, Damien Yeo, the car owner, said he parked the car at SkyAvenue Mall in Genting Highlands on 15 Jul, but found that it’d gone missing the next day.

After combing the car park for two hours, he made a police report and decided to stay in Genting Highlands until 17 Jul in case his car was found. Sadly, there were no leads on the location of the car.

Apparently, someone had driven his car out of the premises at about 2am on Saturday (16 Jul).

According to a screenshot showing a WhatsApp conversation between two undisclosed parties, the car was sighted heading towards Thailand on an expressway, although this cannot be confirmed.

An appeal was posted on the SG Road Vigilante page on Monday (18 Jul), which has since garnered more than 1,300 shares at the time of this article.

Despite the appeals on social media, Mr Yeo apparently isn’t hopeful that he’ll find his car. He’s also unsure if he can make any insurance claims.

Drive overseas at your own risk

While the incident in question is rather unfortunate, perhaps the wise thing to do in hindsight would’ve been to ensure there’s sufficient insurance coverage or practise additional safety measures.

We hope that Mr Yeo will be able to find his car or get some form of compensation if the vehicle is indeed unretrievable.